Peter Williams hasn’t built an entire legal department just once or twice. Last spring, he took on the task for the third time. As the general counsel and secretary at VEIT, he created the company’s first legal department in its 93-year history.

Williams joined the company as part of its new leadership team and has spent the past year showing executives, and the rest of the staff, the value a general counsel can provide. While the company already handled claims and litigation, he’s created new insurance policies as well as risk management and contract procedures. 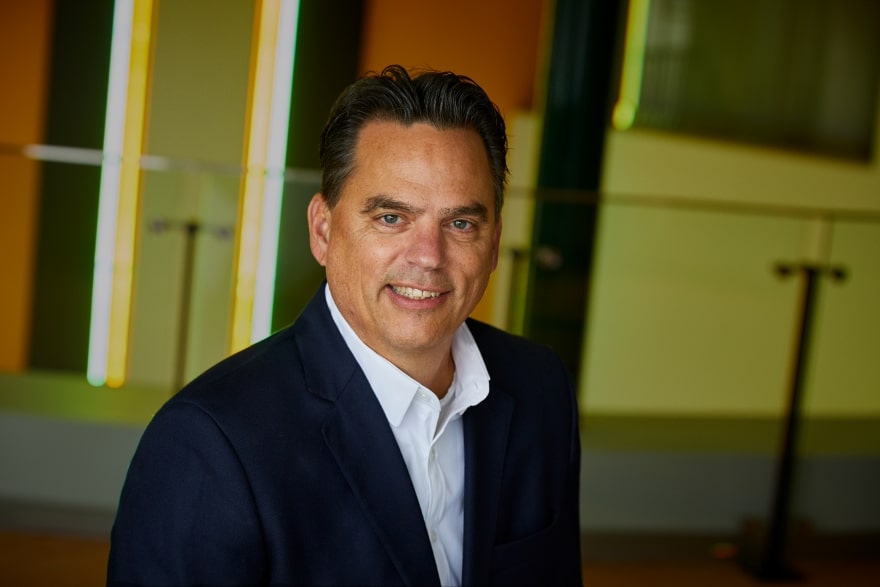 As someone who worked in private practice for several years, he says being a general counsel is far preferable to “working in six-minute increments.”

“What I like about working for a business in-house is that it’s more proactive instead of just consulting clients on disaster,” he says. “Being in-house means being part of the team and the mission.”

VEIT, based in Rogers, Minnesota, is a family owned construction company currently run by a third-generation owner—nearing 80 years old, that owner established a new leadership team to manage the company.

With the team, Williams has helped employ a growth strategy that includes looking for companies to partner with or acquire so VEIT can expand geographically. In the past year, he has guided the leadership team through two acquisitions.

In the first deal, which closed at the end of 2020, VEIT acquired an Alabama-based company specializing in cured-in-place pipe. Instead of completely replacing sewer pipes, this process creates a new liner, which can dramatically cut construction costs. VEIT already specializes in this, and the acquisition has allowed it to expand into four states in the southeast. 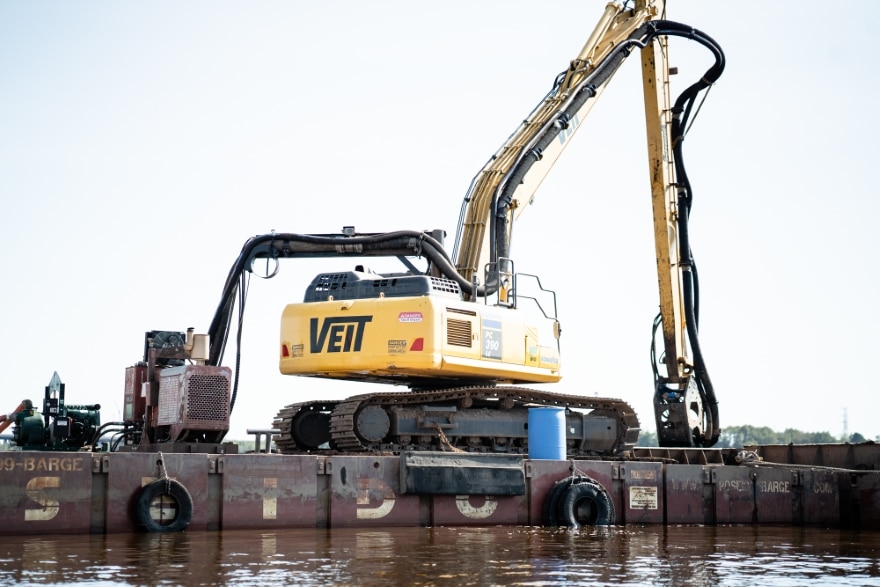 Williams is also guiding VEIT through the acquisition of a 50-acre land parcel in Milwaukee so it can expand its Wisconsin operations. The company currently leases workshop space there, but will own the new land, and can build a shop and construction yard which will allow it to increase its scale. The deal is in the final stages, Williams says, and he expects the new building to be constructed by the end of the year.

“Getting a chance to be part of this new leadership team is exciting,” he says. “It’s important to me to gain the team’s respect and understand the decisions they need to make so I can support them the best I can.”

Part of supporting the leadership team, as well as VEIT’s other employees, is making sure they have the resources to succeed.

Williams has implemented an education program for staff that includes trainings on the new insurance policies he’s implemented, as well as on understanding contracts. He’s invited outside experts to give talks on subjects such as builder’s risk. He says he offers refreshers on the same topics throughout the year, to make sure people are confident in them and have the most up-to-date information.

“Educating people is exciting, especially when you see the lightbulb turn on and they really understand,” he says. “It’s satisfying because they’re developing in their career.”

Because of the COVID-19 pandemic, most of the trainings and talks have been virtual. Williams has been working in the office, but his four-person legal team have all been remote. 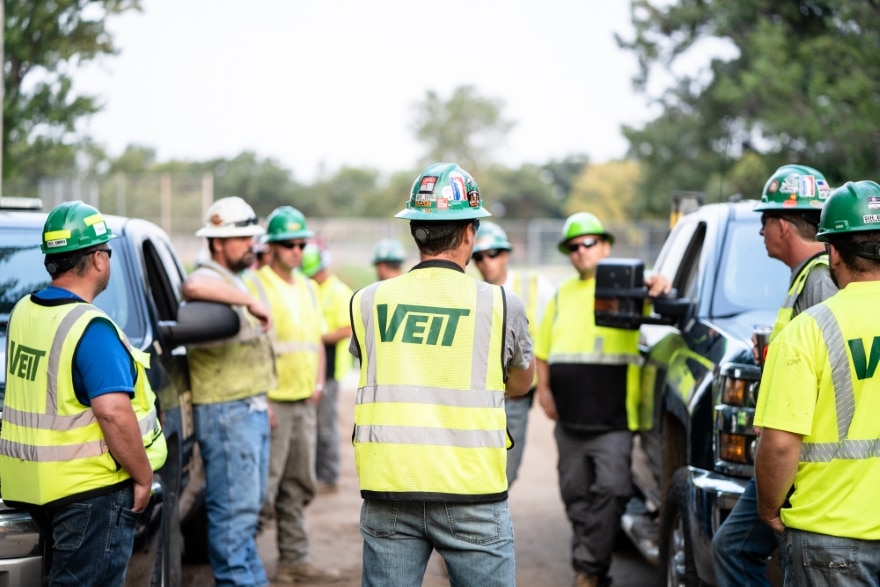 He is on a COVID-19 task force with other VEIT leaders to ensure staff are kept safe and job sites don’t need to be shut down. He keeps track of all state regulations and makes sure the company is compliant. The task force makes sure construction crews are social distancing and following safety procedures, which resulted in no job site closures in 2020.

Starting a new job during a pandemic has been challenging, Williams says, but has been a great learning experience for him and the other employees.

“We taught ourselves, over the past year, that we’re more capable than we thought we were,” he says.

Law beyond the license

The adaptability of the construction industry is part of the reason Williams was drawn to it.

VEIT is the second construction company he’s worked for, having previously been employed at MP Nexlevel, a utility contractor in Maple Lake, Minnesota, for three and a half years. The bulk of his career has been spent in the insurance industry, though, which he says is “slow going” compared to construction. 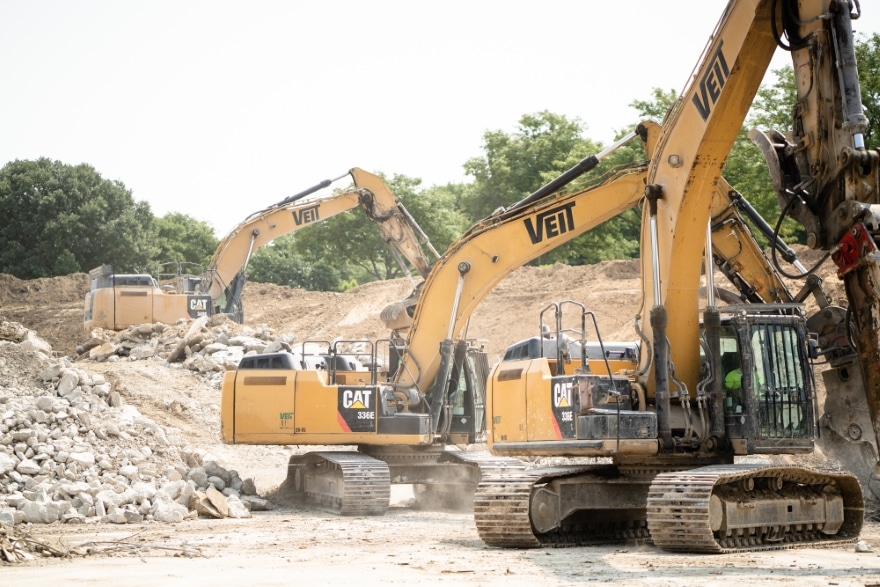 “Insurance is a very passive kind of industry, whereas in construction we’re building constantly,” he says. “We have hundreds of projects at any given time and the culture is much more laid-back.”

Williams says he doesn’t like a “stiff atmosphere” at work and prefers authenticity without attitude or pretense. He likes being told he “doesn’t act like a lawyer.”

But, even if he doesn’t act like one, Williams loves his chosen profession. He got into law after his father dissuaded him from joining the family remodeling business and encouraged him to pursue his own path. While he chose law, being brought up around a family business impacted his decision to use his degree to help companies grow.

“Law is just a license—you need to match it up with something else you’re interested in,” Williams says. “I want what I do to matter.” 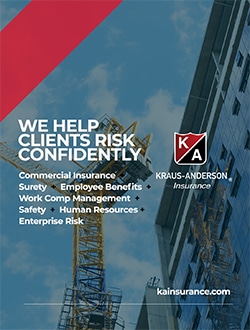