It always helps for a company’s legal boss to visit the site of a major project, ideally in person but at least virtually. Among other benefits, it serves to humanize the lawyer.

“Sometimes people think an attorney is holier than thou and condescending,” quips Laurie A. Pinard. “It’s important for others to see me as approachable. Seeing co-workers in their element also provides invaluable information and is nothing short of inspiring.”

But that wasn’t the only reason Pinard recently traveled from Manson Construction Co. headquarters in Seattle to Naval Base San Diego, where her employer has been contracted to replace another pier for the Pacific Fleet. This being a $100 million-plus project expected to be done in September 2023, Pinard wanted to satisfy such details as the Buy American Act that prioritizes use of domestic materials in Federal projects. The pier replacement needing much iron, aluminum, steel, concrete and wiring, many U.S. companies stand to gain as Manson’s suppliers. 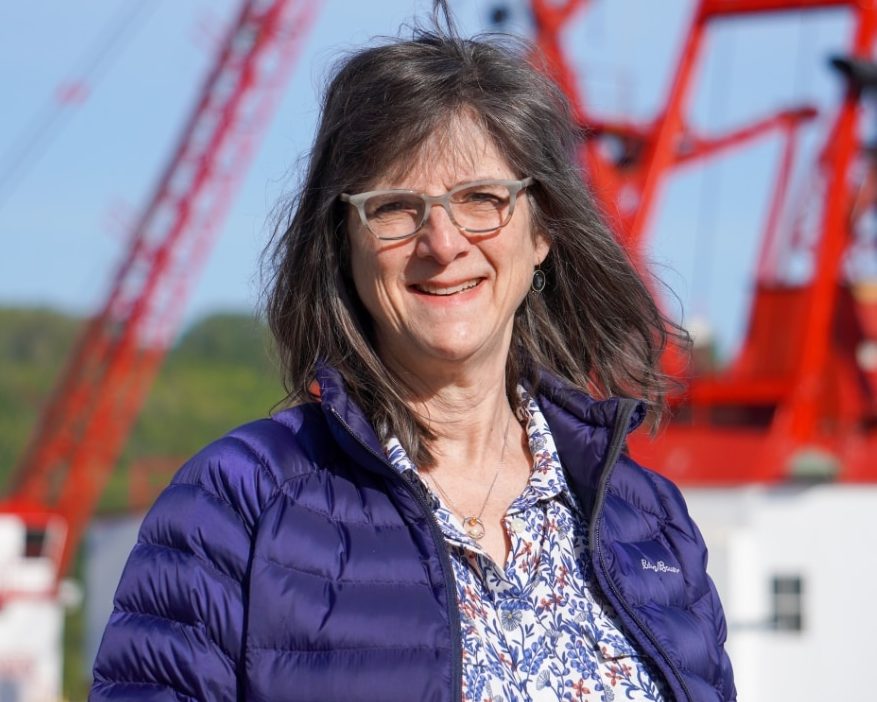 General counsel since 2019 and a member of the Manson team for the six preceding years, Pinard oversees a lean but mean legal department that can ensure the dotting and crossing of every I and T for a very discerning client. The subcons likely not as well staffed, she augments their capabilities.

“Even for us, navigating the Federal regulations is challenging,” Pinard tells Vanguard in April. “We’ve got contracts in place with lower-tier companies that need to understand the rules and regulations. As a practical matter, we know that the lower tiers often lack a legal team, so we partner with them to provide education, training and support.”

Manson having previously replaced the eighth of Naval Base San Diego’s 13 piers, it was awarded the contract for the dilapidated sixth pier last year. Work is well underway on what will be a larger, 1,500-foot long and 120-foot-wide structure stretching into San Diego Bay with four berths and the requisite utilities and deck space.

It’s just one of several projects that Pinard has supported—a couple others being the Mukilteo Ferry Terminal in Washington and the Kings Bay dredging and Fernandina Beach work for the U.S. Army Corps of Engineers in Florida. Ocean-borne commerce growing, Manson is preparing to take on an even bigger load with its expanding fleet of floating derricks, dredges and auxiliary equipment. 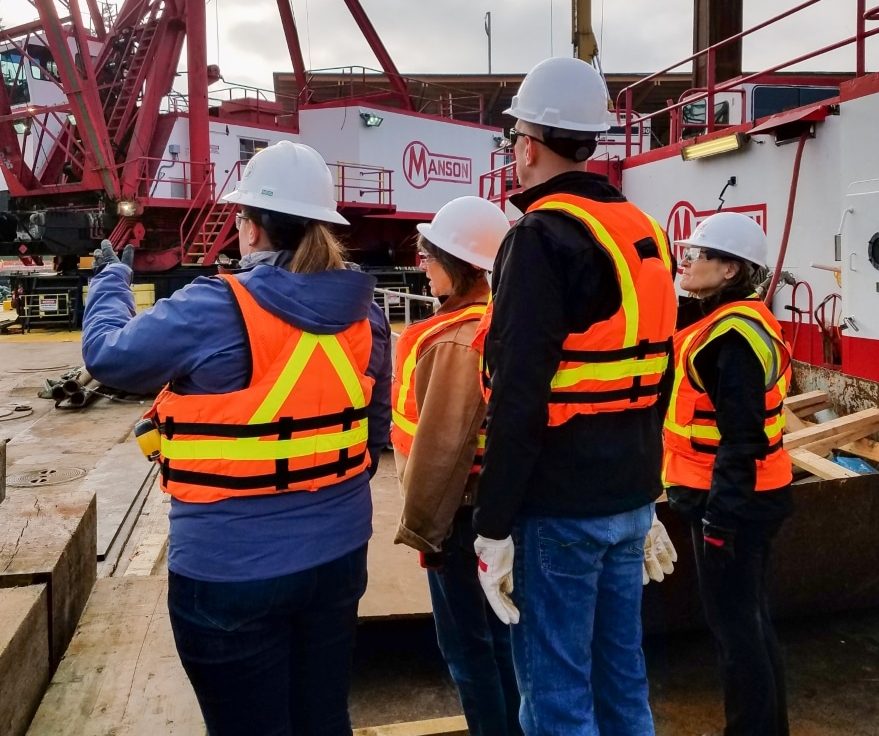 Down in Brownsville, Texas, Manson is partnering with a shipyard called Keppel AmFELS for construction of a very specialized vessel, a so-called hopper dredge that upon its expected completion next spring will be maintaining channels and building beaches in the Gulf and East Coast. Named after Manson’s Chairman of the Board, the 420-foot Frederick Paup will be the largest self-propelled U.S.-flagged vessel of its kind, with a hopper capacity of over 15,000 cubic yards.

With support from Pinard and her team, Manson has secured contracts for dredging and marine construction projects nationwide and Manson will soon have an online vendor portal that will enhance community outreach, secure communications and ensure all-around efficiency needed for bidding on big-ticket projects.

“Ensuring our employees are safe and that the company manages contractual risk is one of the most important parts of my job,” Pinard says. “In turn, it allows Manson to handle a myriad of projects.”

She’s a rarity of sorts, Pinard having gone in-house shortly after graduating from the California Western School of Law in 1984.

She worked as corporate counsel at M.A. Segale, Inc., a heavy and highway construction company with commercial real estate development and property management interests in the Seattle metropolitan area. There she spent 13 years negotiating contracts and subcontracts and honing her skills for what would be bigger endeavors with future employers.

In 1998, she took her skillset to the regional office of Oldcastle Materials, a construction industry supplier, serving nearly 15 years as general counsel and risk manager. Then it was on to Manson where she became a contracts manager in December 2013 and six years later was promoted to vice president and general counsel. 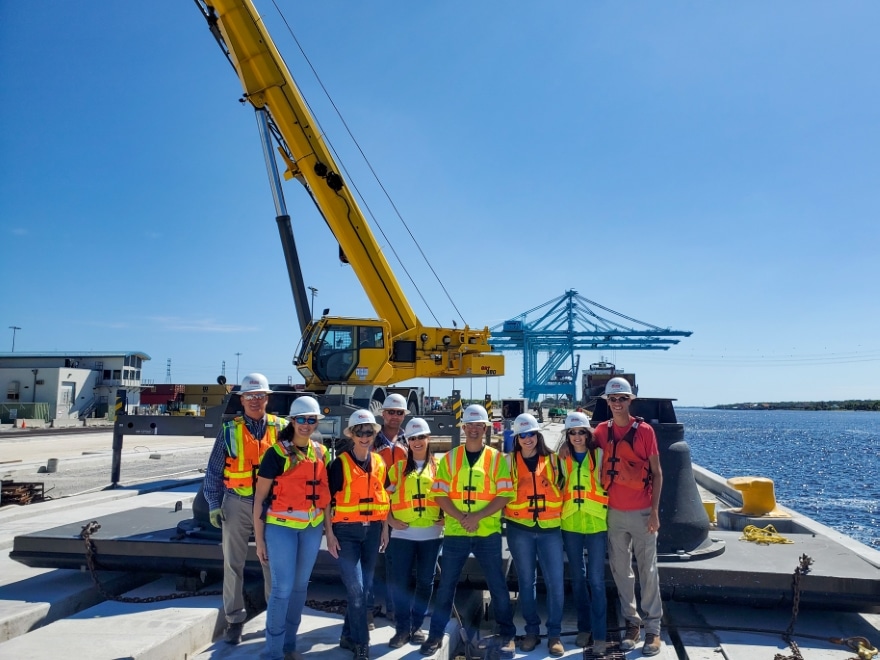 “It was a different environment for me, going from heavy highway construction to the maritime business,” she says. “But I was attracted to the challenge and the opportunity to learn something new while still applying my experience in risk management, compliance and contract review.”

It’s also a team effort at Manson, Pinard laughing at the notion that she’s a hero rather than another cog in a process. Continued teamwork will also be essential as Manson transitions from family- to employee-owned. As legal boss, Pinard’s sure to have a hand in the process.

She’s got her hand in the greater community, too, Pinard and her husband Roman V. Welyczko—also a California Western School of Law grad—volunteering for charitable causes that include St. Vincent de Paul of King County, which assists the needy with financial support and essentials, and Elizabeth Gregory Home and Westside Baby, which assist homeless and at-risk women, and families with children, respectively.

Then there are her more personal interests, two of which are making soap and jam. She was inspired to do the first after her brother—a soap collector—died in an industrial accident. Plum jam is another favorite, the Pacific Northwest being ideal for that fruit. She’ll even bring samples to Manson training sessions and, when she’s looking for just the right word, further humanize herself by saying “schmookie.”

“Just a made-up word for when I can’t think of the right one,” Pinard explains. “A lawyer’s superpower can come from being humble and eager to engage, not by being arrogant.” 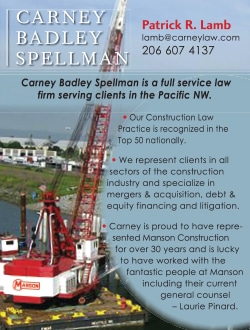 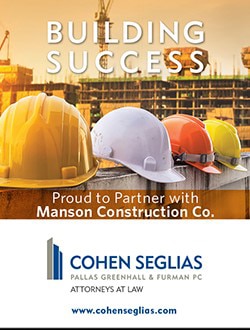 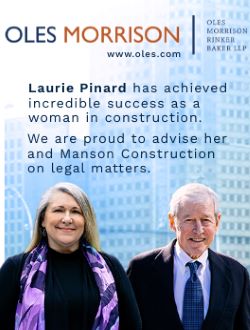