An attorney who spends his spare time painting abstract art or playing guitar is not afraid to take things in different directions.

Or so it seems as Old World Industries approaches its 50th anniversary, with Richard Stevens acting as an artist of change helping to guide the Northbrook, Illinois, company down unexpected new paths, from what it sells to its corporate governance. 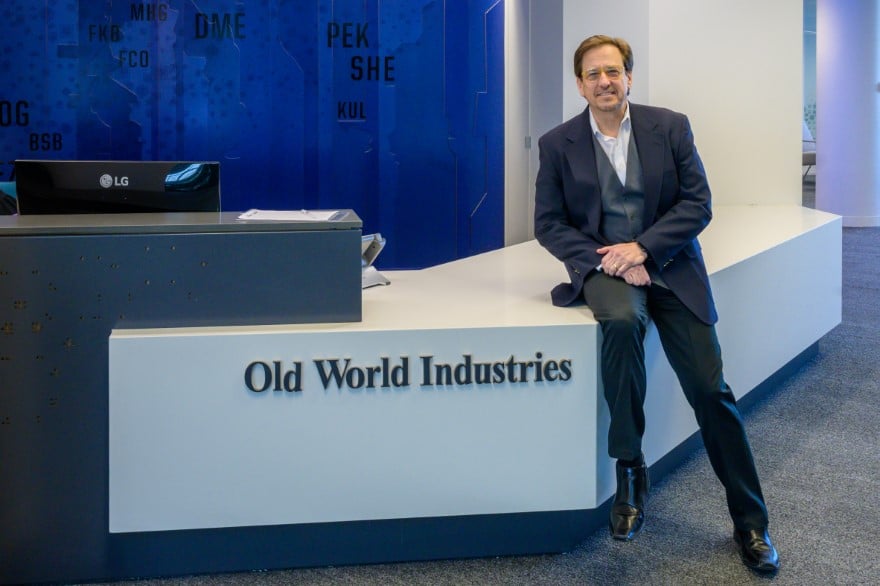 Having been at Old World since 2003, Stevens could be seen as part of the old guard. But as co-founder and board chairman J. Thomas Hurvis brings a new generation of leadership to the board and C-suite, Stevens is surfing the wave of change as it crests.

“With this next generation of family board members, along with our leadership team, we took advantage of these changes to reinvent the company,” Stevens says. “In addition to the cultural change and complete evolution and modernization of Old World, we’re diversifying our portfolio.”

Founded in 1973, Old World Industries is now the top supplier of antifreeze products in the U.S., with PEAK as its leading brand.

If do-it-yourselfers aren’t adding it to their radiators, racing fans can see the logo zipping past on nearly every kind of vehicle from stock cars to dragsters.

That’s all pretty cool for Stevens who’s the executive vice president, chief legal officer and corporate secretary. He says negotiating Old World’s racing sponsorship agreements is one of the most enjoyable parts of his job. 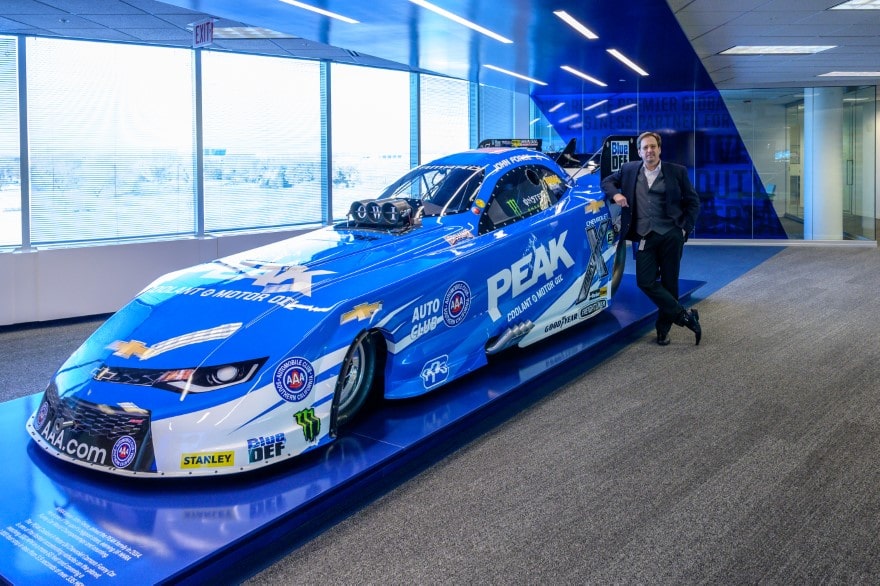 But he gets pretty excited about diesel exhaust fluid, or DEF, too. Under Stevens’ leadership, Old World’s law department helped the company expand its DEF line by negotiating and closing its acquisition of DASCO’s diesel exhaust fluid and automotive-grade urea business and assets in 2019.

DEF is already one of Old World’s core products—almost a decade ago, it launched BlueDEF. When sprayed on a catalytic converter from a separate engine reservoir, BlueDEF completely removes nitrogen oxide emissions from a diesel engine.

“I’m helping us be an industry leader in making a difference in the environment,” Stevens says. “At the same time, I’m helping Old World up its game in every way.”

The DASCO deal occurred just after Stevens helped guide Old World into a partnership with BASF, the German chemical company, to market antifreeze and coolant products in North America. The partnership will add to the company’s bottom line—which is expanding in some unexpected directions.

Those include an alliance with Meristem Crop Performance to distribute seed coatings, crop nutrients and other agricultural products.

“As part of our evolution, we’ve understood that diversifying our portfolio is crucial to our growth,” Stevens explains of CEO Charles Culverhouse’s decision to enter the agriculture business. “We’ve also felt farmers are underserved. We can offer them these products without a middleman.”

To market, to market

Stevens says the current and coming transformations would not be complete without mentioning Old World’s distribution center, opened in Bolingbrook, Illinois, in December 2018. At 350,000 square feet, the company can easily load its fleet of 10 trucks, bought to eliminate third-party transportation sources.

The distribution center does add to the load of compliance and risk management for Stevens—he’s learning U.S. Department of Transportation (and local department) rules as well as the OSHA regulations for operating the warehouse and worker safety. 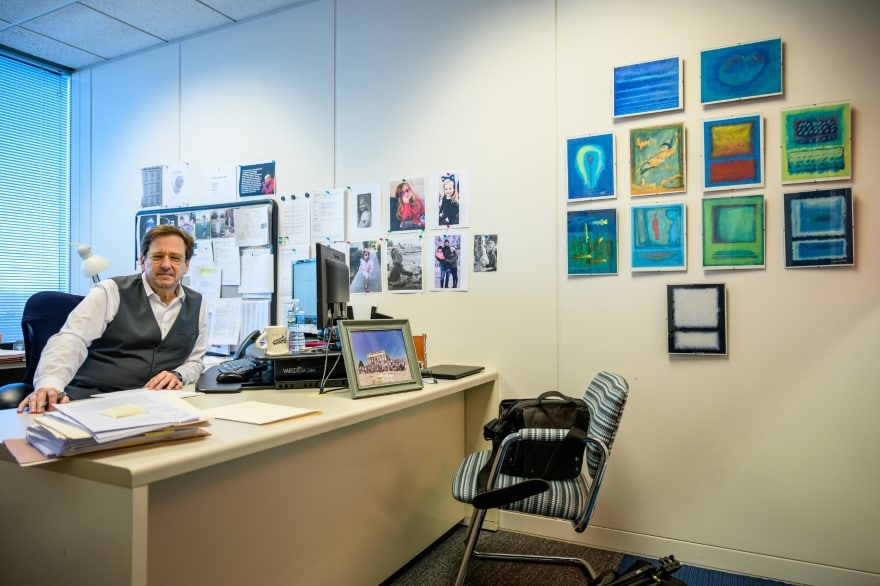 It’s the other details of corporate changes that really excite him, though.

“This entails more board activity, and I was excited to help charter three new committees and write a new code of conduct for the company,” Stevens says.

A student of history who deeply values the checks and balances needed to ensure overall governing and business success, Stevens says working with his staff and company stakeholders on the new charters and code of conduct was exhausting and rewarding.

“We looked at all the things needed if you were forming a company from scratch. What would you put in to make it a perfect company setup?” he explains. “You’d have a robust set of rules about conflict of interest, accepting gifts and guidelines for travel and expenses as well as the anti-harassment and whistleblower protections.”

The art of a career

Part of Stevens’ own checks and balances come from the academic degrees he’s earned. He has a bachelor’s in history from Northwestern University, a J.D. from DePaul University and an MBA from the University of Chicago.

He earned his MBA while working as a litigator and the dual degrees have sharpened his business sense and allowed him to both evaluate a potential deal and explain its pros and cons.

“A company’s top lawyer is supposed to be the legal liaison between the outside world and the company’s commercial leadership and help senior managers understand all things legal,” Stevens explains.

Being part of BP’s acquisition of Amoco put his learning into practice long before he joined Old World, but a huge point of pride for Stevens is his ability to structure complex deals with simple contracts. 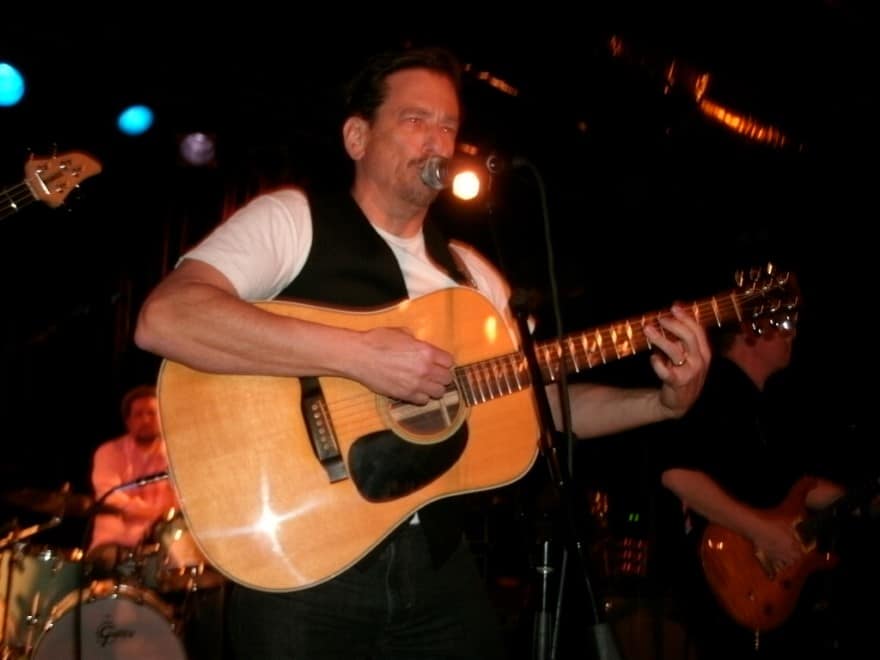 Stevens also expresses himself with chords and brush strokes. The former takes him to local clubs where he’s a lead singer and part of an acoustic ensemble that covers everything from Johnny Cash to the Rolling Stones.

At the easel, he works with acrylics in abstract impressionism, admiring the work of Mark Rothko for its primordial power that also shows his evolution over time, he says.

Painting and music are releases, yet also help sharpen his work focus, Stevens says, because both have creative problem-solving elements. On stage or in the C-suite with Old World’s new assemblage of talent, it’s always rewarding for Stevens to be part of the process.

“We are going through a significant renaissance and transformation which is both a change in management and a generational evolution,” he says, “and I love that we are upping our game in every way.” 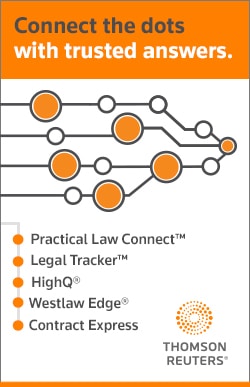