The first time Eric Masson had to ponder his future, during a high-school career day, the beach-loving teen took what he thought was the easy way out: a day long trip to see a Coast Guard recruiter for a career-report assignment. Enamored with the mix of service and seafaring adventure, Masson would spend the next 20 years scaling ranks, learning a foreign language, traveling the world, obtaining an MBA and receiving his legal training through the Coast Guard.

As he approached his 20-year milestone, Masson pondered his next move. Should he continue with his Coast Guard career, with its constant family moves? Or retire and make a move to the civilian sector? 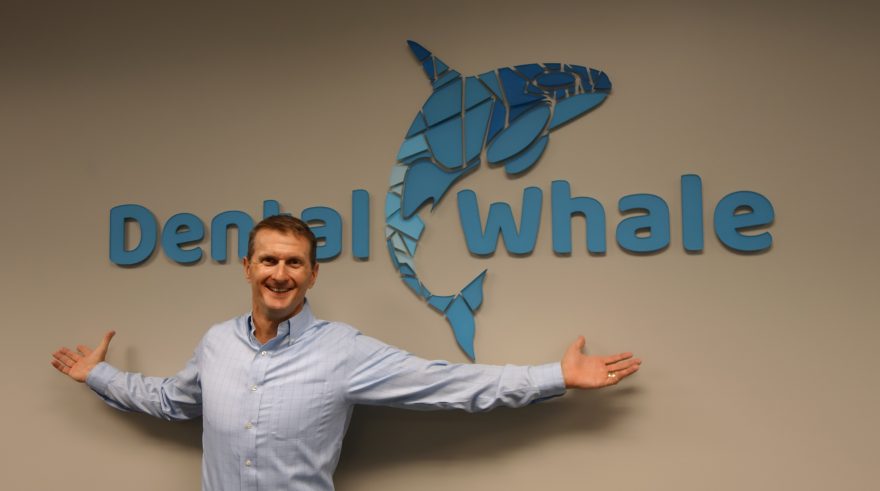 It was 2014 when serendipity struck. After being dragged to a kid’s birthday party, Masson struck up a conversation with the CEO of Tralongo and Dental Fix Rx, predecessors—and now subsidiaries—of Dental Whale, a growing dental services company headquartered nearby. The two remained in touch, knowing Masson was still almost two years away from possibly ending his Coast Guard career.

“About eight months later, David Lopez, the company’s CEO, called and said they were looking for a chief legal officer,” Masson recalls. “I joke that my wife had to drag me to that party. But sometimes you just have to show up, and good things happen.”

By the time Masson officially joined Tralongo and Dental Fix Rx in July 2016, the company was in the midst of a massive reorganization, aiming to bring its growing array of services—everything from office management to equipment repair—to M&A support under one umbrella.

For Masson, that meant managing a never-ending stream of contracts, lease agreements, intellectual property, insurance policies and other legal documents. During one particularly frantic period, Tralongo closed on the acquisition of nine dental offices in a single day, not to mention a significant credit facility—an experience Masson credits for teaching him “the merits of developing scalable and repeatable processes.”

As Dental Whale acquired more and more assets, Masson and his team tackled the twofold task of ensuring a minimum of overlap between the companies’ services, while bringing back-end processes into closer alignment. He also organized and executed the consolidation of 160 separate insurance policies, leading to more than $50,000 in savings—and significantly improved employee coverage.

“When it comes to things like payroll, operations, policies and procedures, and equity structures, you have to have some semblance of uniformity,” Masson explains. “To create stability, you have to have the right procedural infrastructure in place.”

Wind in the sails

To that end, Masson and his team have been working closely with internal business units and partnering with vendors to encrypt, consolidate and secure the company’s internal systems, with the goal of eventually bringing them all onto a single enterprise resource platform. 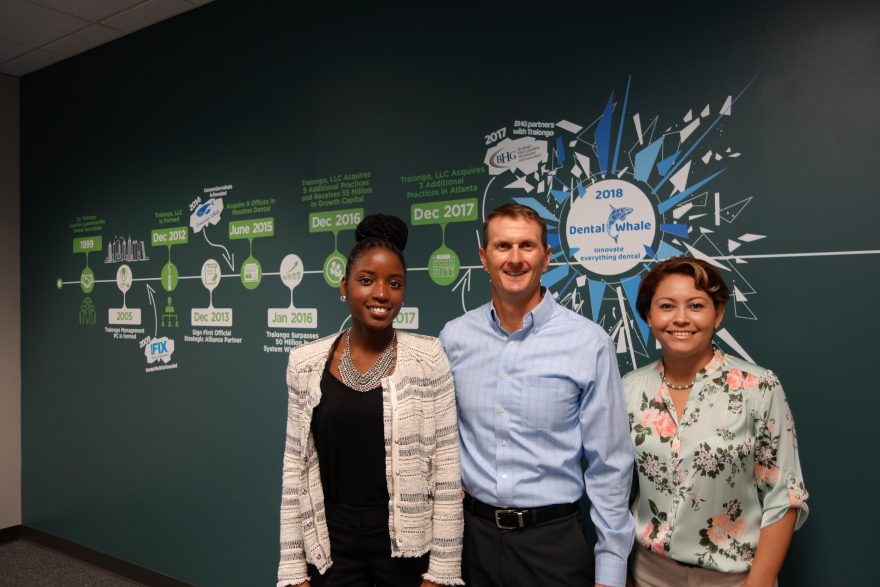 “As we build out that bench, we’ll be better able to direct resources and expertise to the right business units in the most efficient manner,” Masson says, “so we have more bandwidth to dedicate to growing the business.”

From a business perspective, it’s a roller-coaster ride Masson has come to embrace.

Prior to his career-day epiphany, Masson—the son of a career Air Force officer—hadn’t intended on following in his father’s footsteps. But with that one boat ride through California’s Channel Islands, Masson’s future was forever changed.

“I remember thinking, ‘I want this guy’s job,’” Masson recalls with a laugh. “That sort of set the wheels in motion for an incredible career working with great people in an exceptional service. Sometimes you don’t contemplate the impact a particular decision may have, but joining the Coast Guard has definitely been a rewarding experience, and no doubt provided me with the skills, both technical and in leadership, to cross over to the commercial sector.”

After graduating from the USCG Academy in 1997, Masson spent two years as a deck watch officer on the USCGC Dauntless out of Galveston, Texas. Over time, he began to take on more administrative roles, from law-enforcement training to financial management.

In 2008, Masson became a staff trial attorney for the branch’s Legal Service Command, where he provided broad legal advice and represented more than 70 clients. Here, Masson credits his felony trial experience, on both the defense and prosecution side, along with his time as a military judge, for helping to foster his knack for litigation.

Three years later, he was selected as the Coast Guard’s first staff attorney at U.S. Southern Command in Miami, advising senior executives on issues including, counternarcotics, counterterrorism and information operations.

From 2013 to 2016, Masson served as the Coast Guard’s deputy regional counsel for the Southeastern U.S., supervising 10 active-duty and reserve judge advocates. During that same period, Masson also presided as a military judge, overseeing criminal trials, and issuing rulings and sentences for those found guilty for a number of special courts-martial cases.

Still, after 19 years of changing roles and scenery—from Latin America to Thailand, Europe to the Philippines—Masson knew his growing family could benefit from a bit of professional permanence.

And while Dental Whale’s high-paced acquisitions and regulatory demands have made for a steep learning curve, Masson believes he’s found the ideal second-career role—one where leadership and integrity remain his nautical norths.

“Any time someone transitions from the armed services to civilian life, especially professionally, there’s bound to be a learning curve,” Masson says. “But the legal skills and leadership qualities tend to translate. Service members are used to handling high-stress, fast-paced environments, often with a requirement to just ‘jump in and learn.’” And this role has all three. I’m excited about where Dental Whale is going and to be a part of the team.” 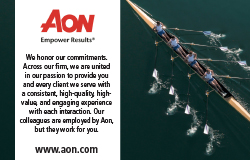 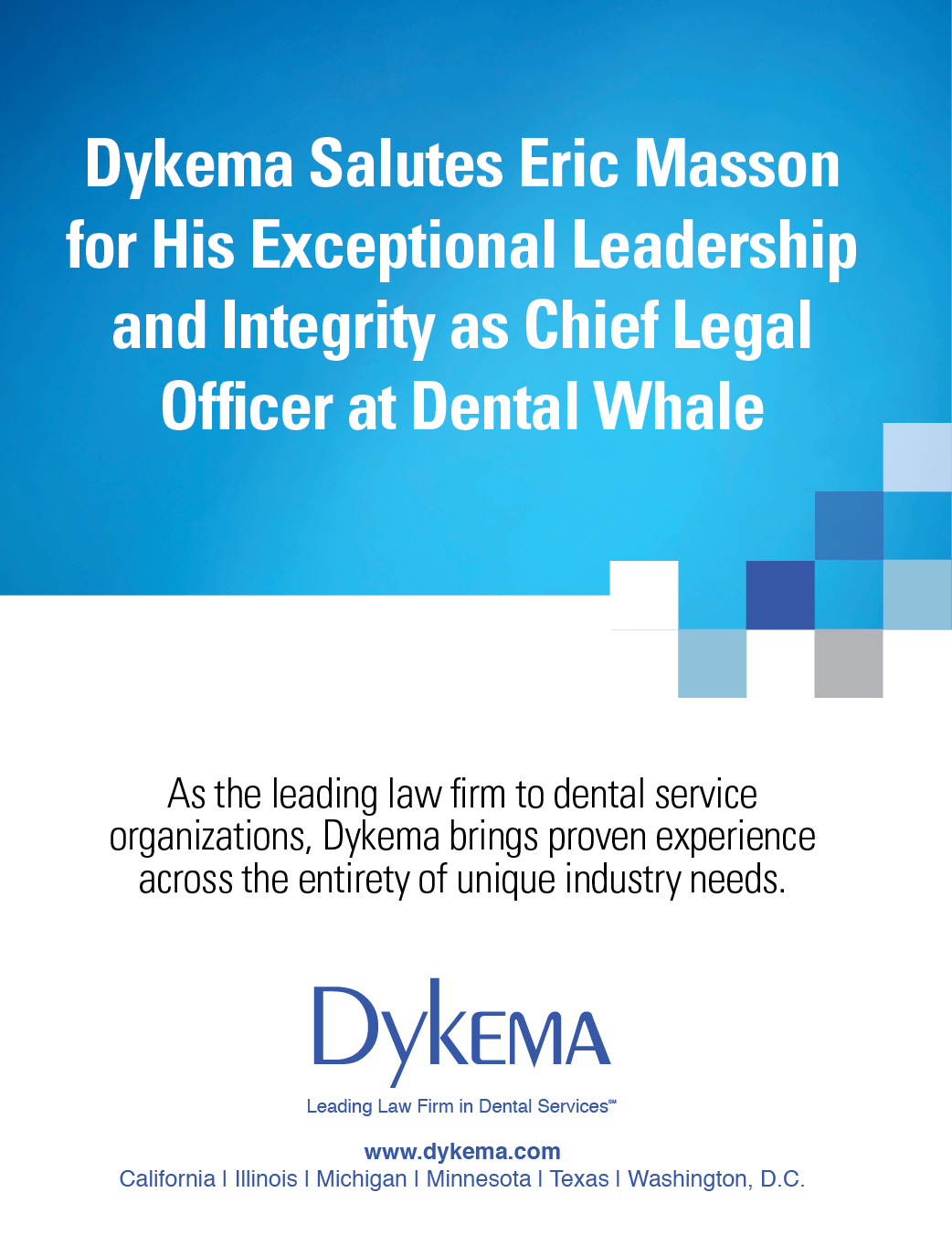