Because all people deserve some credit

Credit him with foresight, Francisco Jose Vazquez having seen—pre-pandemic—the need for Financiera Independencia to provide online services. Mexico teems with millennials whose personal and professional lives are just as wired as their counterparts elsewhere. The same holds true in Brazil and California, where Vazquez oversees this Mexico City-based loan company’s subsidiaries.

Not only were easier credit options the socially responsible step, Vazquez told the executive team after joining the legal department in 2009—it was simply good business for reasons that might be unique to Latin America. 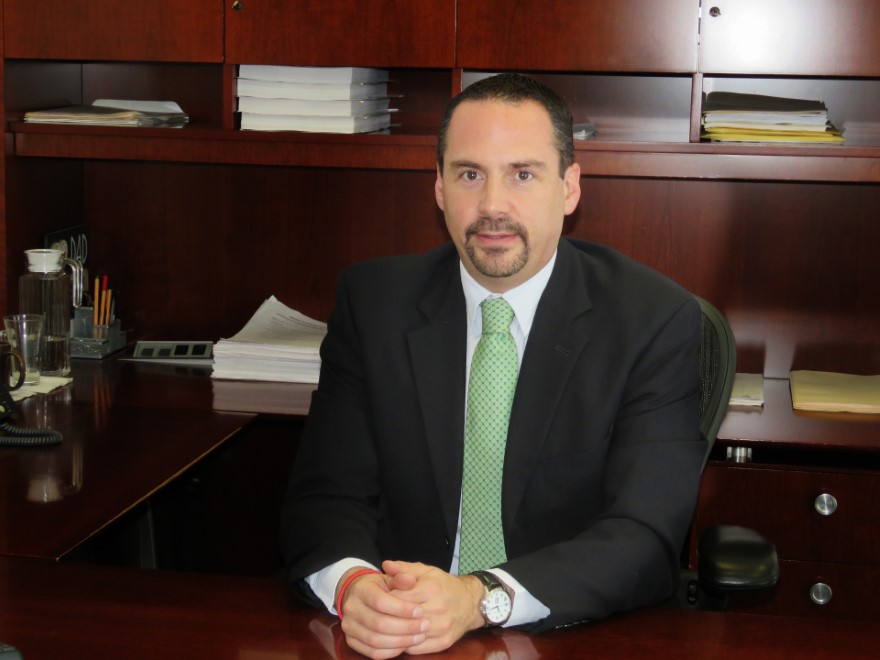 “Here, a lot of people are scared to go to the bank,” the courtly Vazquez tells Vanguard this past fall while pursuing other consumer-friendly initiatives. “They may not understand the terms and conditions and the process can get very complicated.”

Thus the necessity—even obligation—for Financiera Independencia to take the most proactive approach, as it’s done with Vazquez’s beckoning. This is a company that will literally take to the streets, looking for people in need of credit for any number of reasons—to cover the cost of a refrigerator, a child’s graduation party, a medical issue, a small business startup.

Now people can reach Financiera Independencia through an app, and how essential that has been in the wake of COVID-19 when so many financial institutions have either closed their doors or reduced their hours.

“Updating this company to go digital is one of our projects I’m most proud of,” says Vazquez, who ascended to legal and regulatory director in 2017. “People need loans very fast, especially now. We pushed our infotech department and made that possible while ensuring data security.”

Now Vazquez has a couple of other issues that he wants resolved expediently.

Financiera Independencia is waiting to receive authorization from Mexico’s National Banking and Securities Commission that will allow it to grant loans up to approximately 390,000 pesos. COVID-19 having delayed the commission’s operations, Vazquez will have to wait for an answer, but having made a strong case for the increase, he’s optimistic.Then there’s the unpleasant matter of some clients using the pandemic as an excuse not to cover their debt. While Vazquez understands that many businesses have endured serious cash shortfalls and can be allowed some good-faith flexibility, others are just exploiting the crisis. 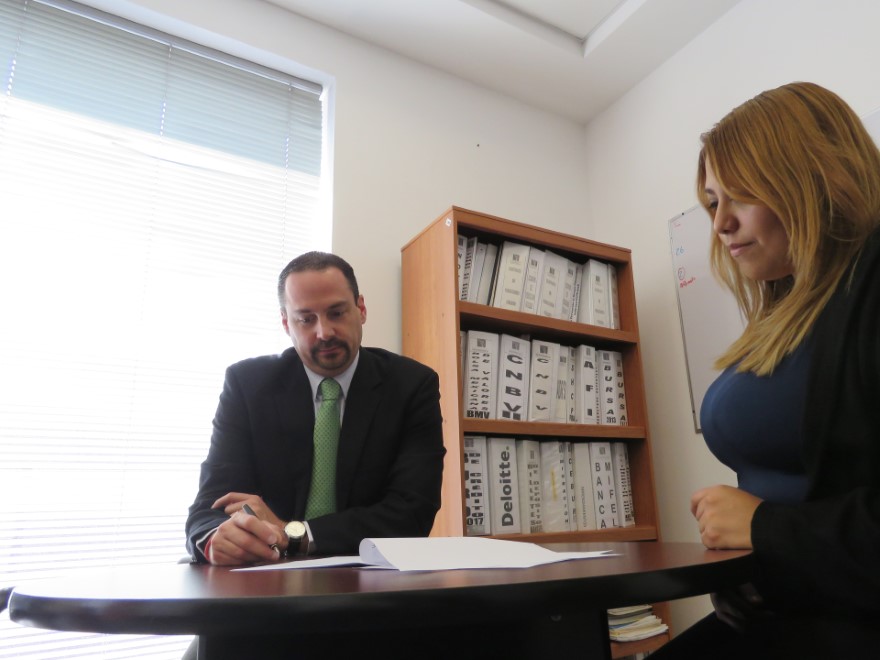 “We’ve been clear about our willingness to grant an extension, waivers or facilities to a client with extending debt so they can pay us in the long term,” he says. “We’ll renegotiate a contract, but we recognize those who simply need a break from those trying to take advantage of the situation.”

The company’s biggest challenge, he says, has been maintaining a robust portfolio amid so many debtors defaulting. But Vazquez just chalks it up among the many challenges in his 11-plus years with Financiera Independencia. This too will pass, he assures.

Vazquez certainly knows something about debt, having participated in several successful issuances abroad, most recently of $250 million (U.S. currency) in 2017, with the deal due to expire in 2024.

The foreign business has always intrigued him, and he’s been especially focused on California where’s there’s also an untapped market for serving the unbanked, he feels, and with regulations that Vazquez finds more manageable than Mexico’s. Before COVID-19, Vazquez typically traveled to the Golden State five or six times annually and hopes to resume his trips there and to the Brazil subsidiary by year’s end.

“Though technology reduces the need to be there, your presence still is important,” he says. “They have to feel you care about the business and are aware of what’s going on.” 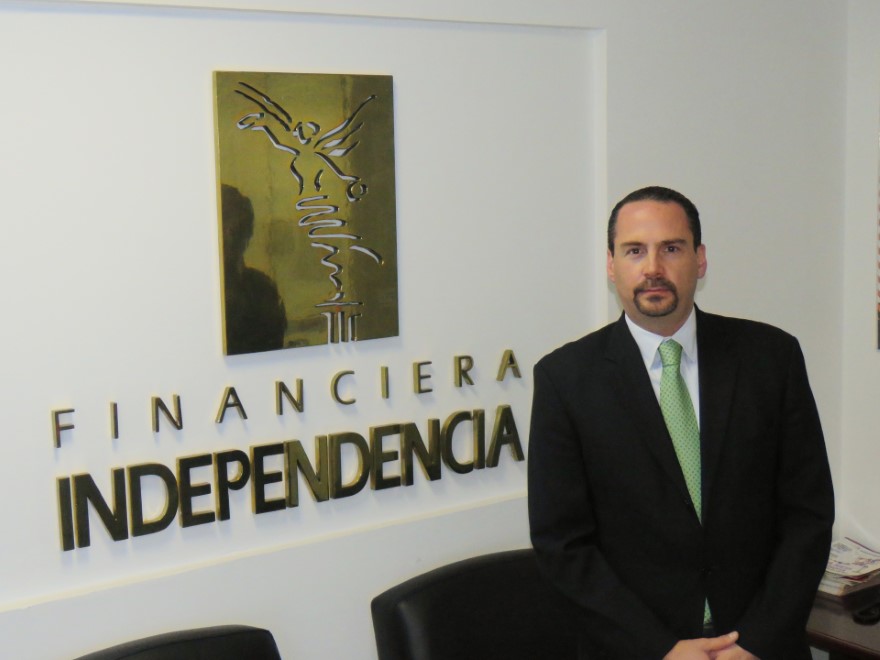 Current events being wildfires in California and political unrest in Brazil, he’s staying on top of those situations through news reports and updates from outside counsel in both locales. How different life is for private lawyers, Vazquez muses, but he’s glad to have gone in-house at a relatively young age.

“At a law firm, you’re put in a particular basket—tax attorney, litigation attorney, IP attorney,” says Vazquez, who garnered his early experience as director of the corporate area for Mexico City-headquartered Regil & Abogados from 2006 to 2009. “Here, I have to see everything—human resources, loans, issuance of debt, litigations, intellectual property, M&A, among others. You get a much bigger view of the law at a company.”

And he feels it was destiny of sorts that brought him to Financiera Independencia. A fourth-generation lawyer and son of a prominent banking attorney, Vazquez learned early about the financial world, though it wasn’t his first landing after earning his juris doctorate from Universidad Iberoamericana in 2003.

He commenced his professional life working in a Public Notary. Though Vazquez says it was an excellent training ground for so many subjects, it wasn’t where he wanted to be long term. His years with Regil & Abogados coinciding with enhancing his credentials with two degrees in corporate law and another in auditing from Universidad Anahuac, the then-30-year-old lawyer joined Financiera Independencia. 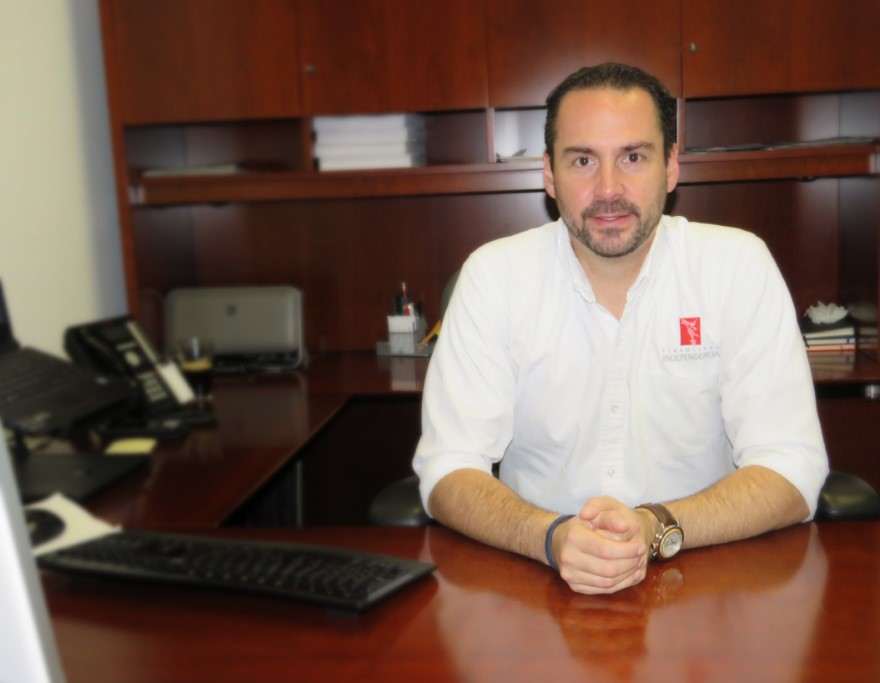 How the time has flown, and with such changes—Vazquez and his wife raising a 7-year-old daughter and sons ages 5 and 3. And professionally, he says each day brings something different.

“It makes you think and work harder and just when you think you know most of what you do, you’re asked to do more,” he says.

Lots of details to become familiar with on short notice, he goes on to say, citing U.S. or European debt, evolving rules and regulations everywhere, the different ways foreign subsidiaries must conduct business. He’s proud to have had a role in serving otherwise disenfranchised people, and that throughout the many complex transactions, Financiera Independencia has always been characterized as complying with the law. For which he’ll take some credit.

“I’ve been promoted four times,” he chuckles. “I must be doing something right.” 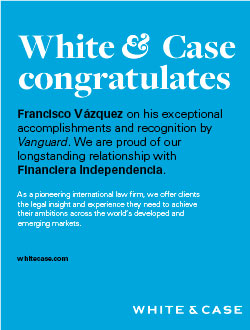