He couldn’t be too specific because negotiations were still in progress, but George Milionis anticipates that in fairly short order Petersen-Dean, Inc. may expand operations into an eighth state.

General counsel and corporate secretary since 2015, Milionis has helped enhance his employer’s status as one of the nation’s preeminent roofing, solar and home energy contractors. Last year’s accomplishments included the company bringing a couple of Hawaiian companies into the fold. 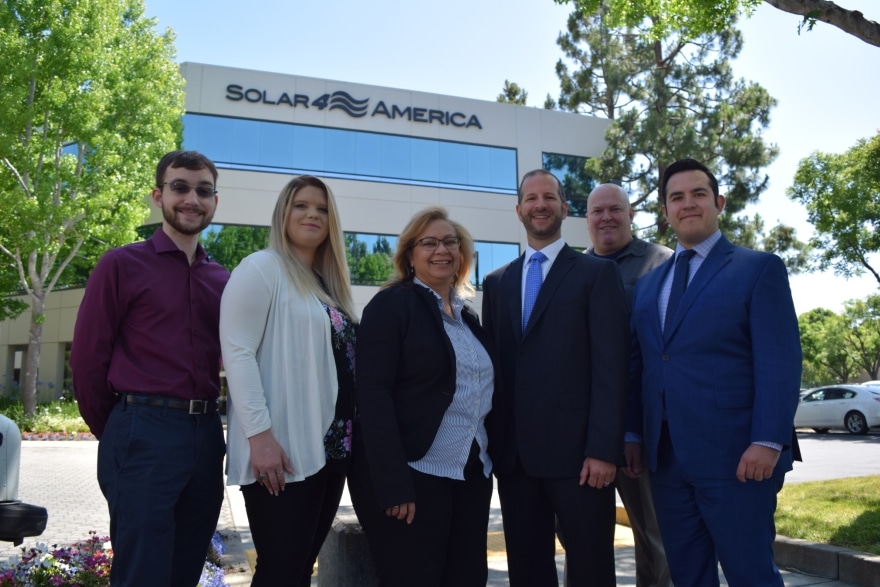 “People in Hawaii know a lot about solar,” Milionis tells Vanguard this past spring from the Petersen-Dean Inc. headquarters in Fremont, California. “Of course, we do too.”

And each of those acquisitions stands to enhance the parent company’s offerings when, come next year, all California residential construction will have to include the means for renewable energy as part of the new law known as the California Solar Mandate.

In early 2018 Petersen-Dean Inc. welcomed aboard Haleakala Solar & Roofing, which is active in Maui, Oahu and Kauai, and soon to be on another Hawaiian island. The 50th state’s largest solar and battery installer, Haleakala is projected to reach $100 million in sales over the next two years. It’s also a trailblazer when it comes to rooftop solar water heaters, Milionis says, likening its systems to flat screen televisions as compared to those old cathode TVs.

“If the price of natural gas continues to rise or your electric hot water system is expensive to run, then our approach starts to make a lot of sense,” he says. “Consumers really benefit when they have alternatives in the utility space. Such (solar hot water) systems haven’t yet caught on here (the continental U.S.) but they do have a lot of potential wherever the sun is strong.”

He continues to have plenty to do on the integration and IP fronts once the acquired companies’ technologies and products are tucked in. And each acquisition adds to the company’s products and services that now include energy storage systems, synthetic fencing and the recently added HVAC product line. 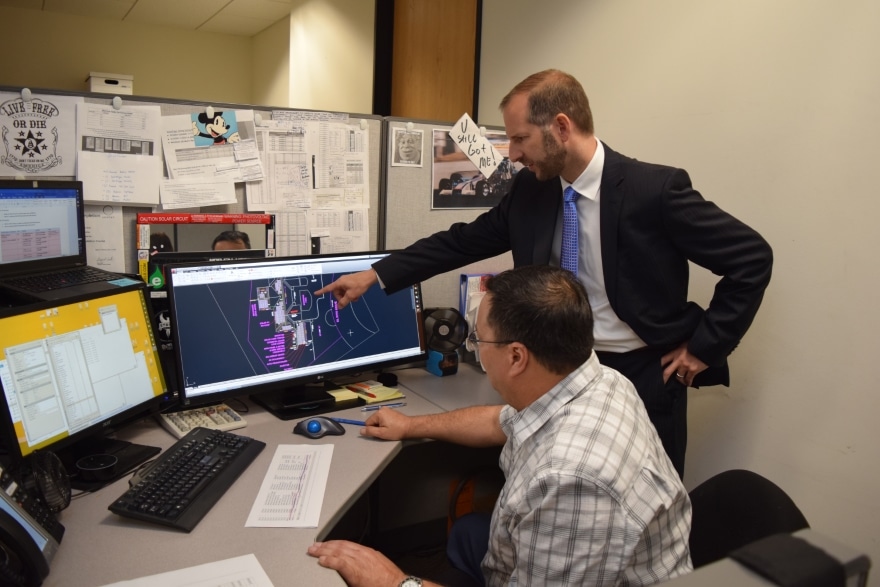 To Milionis, his duties seem the logical extension of a career that had the Creighton University School of Law graduate prepping over the course of 15 years with three firms, including the preceding six years at Gordon & Rees, which garners an Am Law 200 ranking. Notwithstanding the rewards of big firm life, Milionis had long found something more appealing about moving in-house.

Aware of his reputation for, among other things, complex commercial litigation, Petersen-Dean founder and CEO Jim Petersen offered Milionis the company’s general counselship four years ago with the go-ahead to assemble an in-house legal department. Obama-era tax credits giving homeowners further reason to think solar, the company had been growing exponentially, but so were its billings from outside counsel.

That would be just one of the many areas that would have Milionis hitting the ground running.

“Coming from a law firm where I’d have 15 active cases, I initially thought this would be a walk in the park,” Milionis says. “Then I’m fielding calls from the business side managers, the claims side, insurance, extracting us from some major litigation, our division leaders pushing to grow into new markets—the whole litany.”

Rather than get stressed, get organized, Milionis likes to say. He now presides over a seven-member legal department that includes two other lawyers and assorted professionals who have brought the bulk of legal work in-house, though he reckons there will always be need for outside counsel. He describes his own department as “a small firm within the company” that’s brought efficiency to a higher level through, among other means, cutting-edge technology.

“In the past we reviewed our legal invoices manually, which was inefficient and time-consuming,” he explains. “Now we are seeing faster responses to our reduction requests and ultimately more transparent billing.”

By placing all outside firms on Thomson Reuters’ Legal Tracker, the gold standard when it comes to matter management, e-billing and analytics. The ability to review, edit and approve outside spending requires less time for the legal department and has also decreased payment time.

There have been other efficiency initiatives, including outside counsel billing guidelines that are regularly updated. Soon there will be a company Legal Guidebook that should answer recurring questions that often had Petersen-Dean’s management dialing legal. And all legal service requests are now submitted through a customized Salesforce module designed by the legal department and the company’s CRM team, which tracks status and resolution in real time.

“I love the general counsel role in large part because I can focus on preventing issues before they become legal problems, which is the opposite of outside counsel that can only deal with issues that have already become legal problems,” Milionis says. “I love to create business strategy and policies that minimize those risks.” 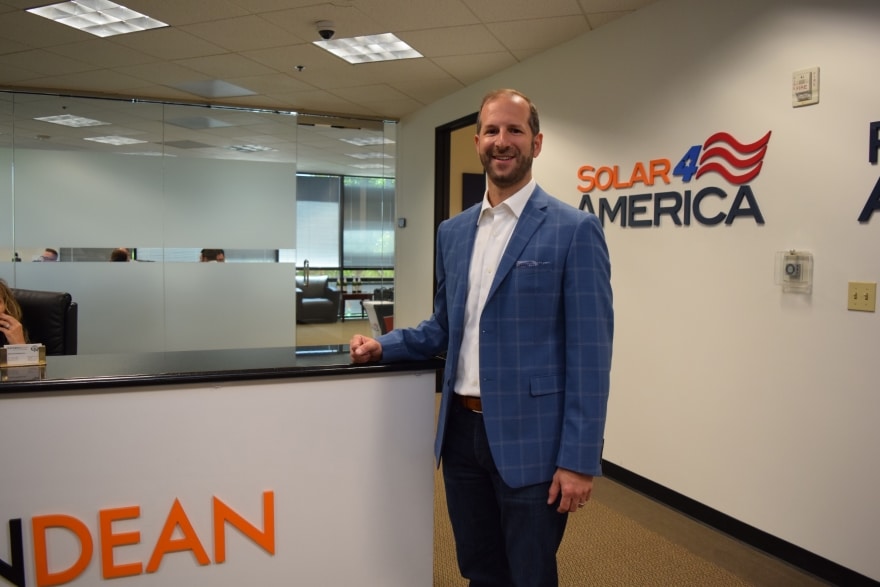 And he loves to celebrate a victory, though he chose not to go into too much detail over a recent one that had a plaintiff seeking $7 million for alleged breach of contract. Petersen-Dean’s defense, led by outside counsel Littler Mendelson, prevailed after six days of hearings.

“We go all the way when we feel we’re in the right,” Milionis says.

Time was when Milionis thought he might like to go all the way in another direction. Seems one of his youthful ambitions was to race cars. Though he’d abandon that fantasy to study economics as a Santa Clara University undergrad, a Formula One mindset doesn’t seem too out of place for him.

For Milionis is one to advise thinking ahead in any pursuit. One would think Lewis Hamilton or Sebastian Vettel does the same, anticipating a turn with perfect entry speed, braking and accelerating at just the right moment.

Following the race line through each corner can make a difference between winning or losing, those drivers might say. Which isn’t too much different than Milionis making sure legal is not the Department of No, instead finding solutions within manageable parameters.

And, of course, staying ahead of the game.

He recalls a casual meeting recently with some technological people, one of whom was saying how he’d have to scramble to have the pieces in place to comply with California’s new data privacy law, which takes effect next year.

“I told him ‘you’re already late,’” Milionis says. “We started that 18 months ago. Get your software and compliance methods in order early, or you’re looking at potential lawsuits.” 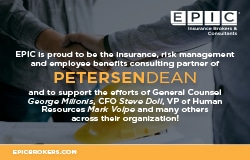 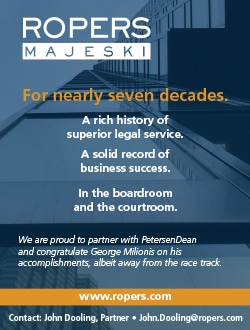