Making a world of difference

The Middle East and Africa being under a torrid sun, it would seemingly make sense to tap renewable power from that gift from above, but such projects can carry a prohibitive price and limited financing options.

Those obstacles notwithstanding, Dubai-based Yellow Door Energy raised $65 million early last year to proceed with deployment of lease-to-own rooftop- and ground-mounted solar-power and energy-efficiency projects for commercial and industrial customers in Jordan, the United Arab Emirates and beyond.

The funding validates the company’s vision of powering emerging economies sustainably, Yellow Door Energy boss Jeremy Crane told the media. Furthermore, the company aims to build 300 megawatts of solar, providing a positive jolt to developing and expanding industries in some of the world’s most challenged areas. 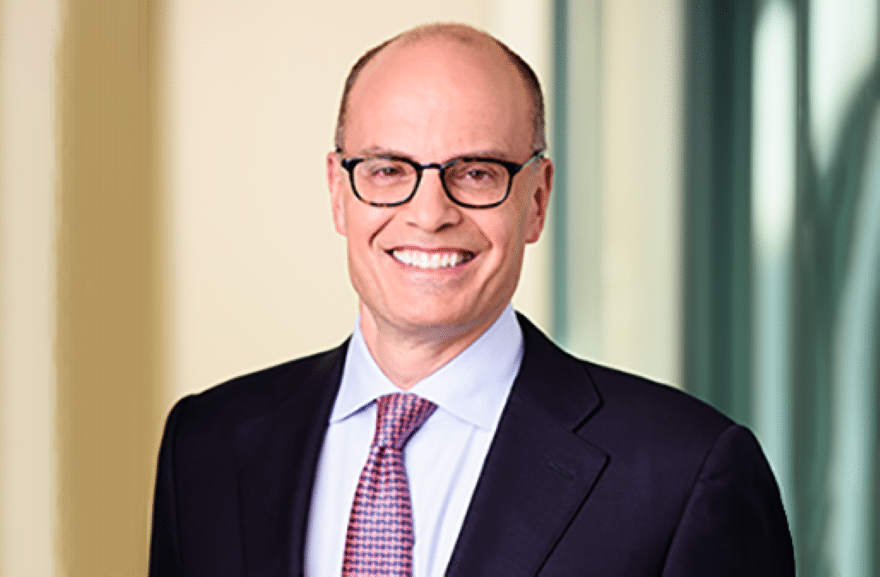 And happy to have kicked $19 million toward that cause was the private equity arm of the International Finance Corp., a global development finance institution and one of five institutions making up the World Bank Group. An international investor can indeed do well by doing good, its chief legal officer George S. Springsteen emphasizes from his Washington, D.C., office during a passionate interview with Vanguard last November.

Call it impact investing on the most macro of scales.

Asked what he’s most proud of in his soon-to-be quarter century with IFC, Springsteen says it’s been handling legal and strategic responsibilities for its wholly-owned subsidiary, the IFC Asset Management Co. Maybe to the surprise of skeptics, AMC has achieved its stand-alone viability by vetting and investing in global projects with the means to be both profitable and serve IFC’s development objectives.

“We created something out of nothing more than an idea and have grown it to be a $10 billion business in total funds raised,” says Springsteen, who commenced his IFC career as counsel in 1995 and became legal boss of the AMC division in 2010. “We’ve demonstrated to outside investors that we can embody financial responsibility and simultaneously pursue a development agenda.”

The only chief legal officer AMC has known, Springsteen oversees four in-house lawyers and many outside counsel while tasked with three general and often overlapping duties. 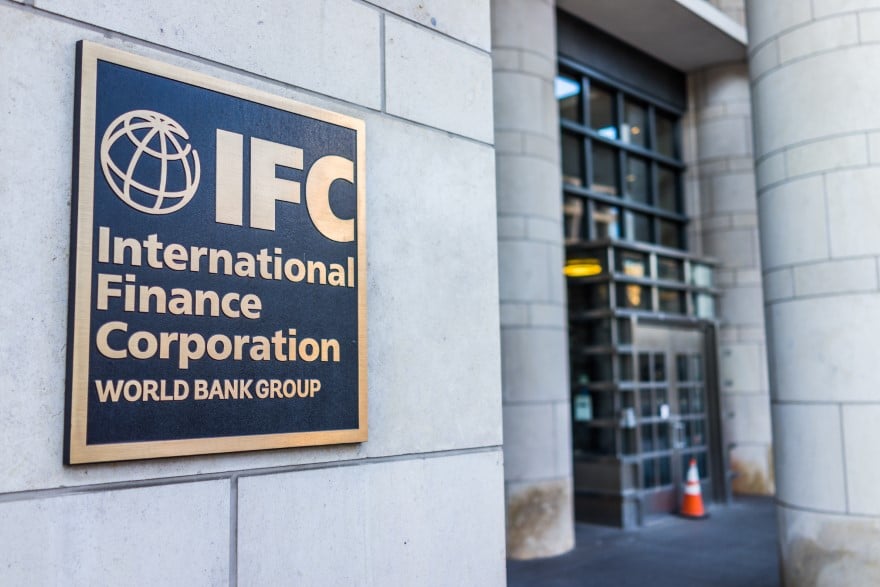 There are the legal needs of AMC itself, a Delaware Limited Liability Company—a hybrid between a corporation and partnership.

Then there’s establishing and maintaining each of AMC’s 12 managed funds—each a separate legal entity created around a particular investment theme, typically necessitating the help of outside lawyers, though Springsteen’s team is chiefly responsible for negotiating and drafting all fund formation documents.

AMC’s funds include those focused on geographic regions, such as Latin America and the Caribbean, Asia, the Middle East and Africa. Other funds cover specific industry sectors where IFC has special and longstanding expertise, such as infrastructure (water, power, pipelines, ports etc.) and financial institutions (commercial banks and insurance companies, fintech companies pushing past brick and mortar institutions, and women-owned businesses). Finally, AMC has two funds that invest in other emerging markets’ private equity funds, providing investors attractive diversification across geographies and sectors.

Springsteen’s third general responsibility is the actual execution of the funds’ investments, of which there have been more than 110 to date. Hence, there’s plenty to keep him busy, including travel by him and his team. He finds it most invigorating and rewarding.

“I would say many of our investors are similarly minded,” Springsteen says. “Of course, they’re concerned about the bottom line, but they also want to marry their returns with a positive development outcome; what we call a double bottom line.”

Such a mindset seems only natural for Springsteen, whose late father, George S. Springsteen Jr., was a specialist in international economics as well as executive secretary to the State Department during the 1970s, serving under Secretary Henry Kissinger.

The younger Springsteen—able to observe such pivotal events as the Cuban Missile Crisis, the Vietnam War and Watergate—would take an early interest in the world at large. Names like John Foster Dulles, Dean Rusk and Robert McNamara became as familiar to him as sports stars were to other boys his age during the 1960s. Like his distinguished father, he’d graduate from Dartmouth College, but opt for law, earning his juris doctorate from Case Western Reserve University in 1983. 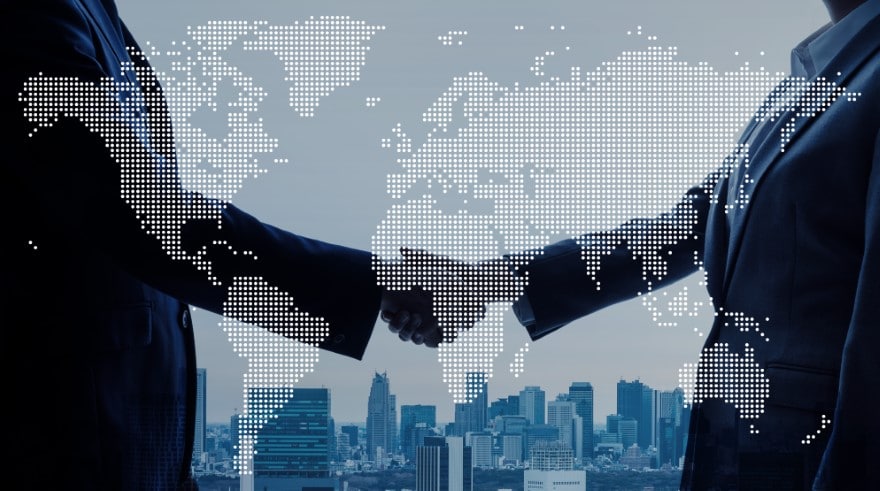 Springsteen would spend 12 years with Cadwalader Wickersham & Taft, ascending to partner and focusing on business law before joining IFC.

“I’m grateful for my private law experience, but feel my skillset and interests are better served in-house,” he says. “Here I have been able to travel extensively as well as combine business and law, and that’s harder to do at a firm.”

IFC would provide opportunities to do so much more, and Springsteen readily immersed himself in them, being lead lawyer for creation of a $3 billion private equity fund targeted at systemic banks in member countries affected by the global financial woes of the era. He’d supervise a team of lawyers on more than 200 project and corporate finance as well as equity transactions in Asia, Eastern Europe and Latin America. He’d be the catalyst behind re-structuring IFC’s largest loan exposure—$500 million in Thailand—after the Asian financial crisis of 1997.

So how many deals has Springsteen had a hand in since 1995?

“About a zillion,” he jokes, among his favorite being a long-ago $400 million cement project in Vietnam that he found cathartic, Springsteen having come of age during that war.

Then there was the refurbishment of Hotel des Mille Collines in Kigali, Rwanda (famously referred to as the “Hotel Rwanda”), a seemingly less ambitious $2 million project, but one that carried a message about the need to counter genocide with investment in the country’s future. 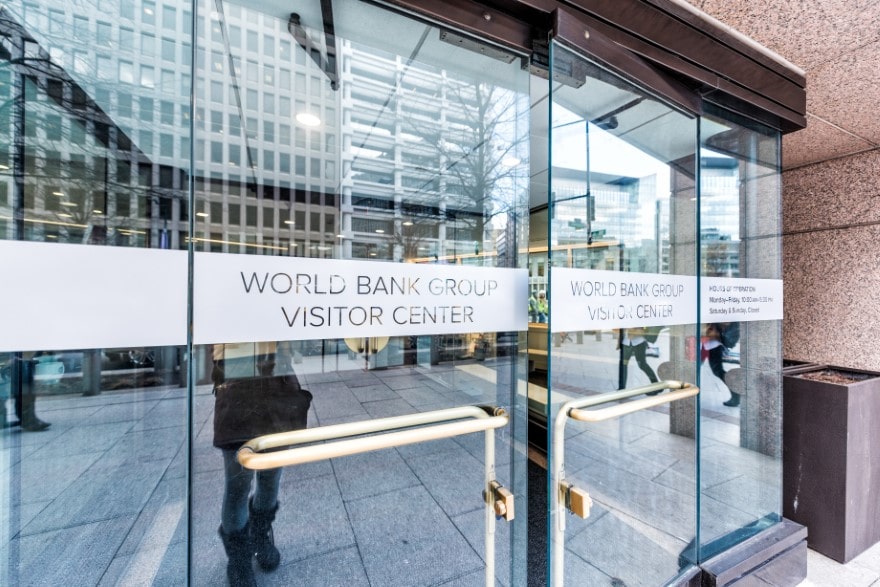 And it’s to the future Springsteen is looking—what’s pending in Dubai being among his reasons for optimism. “The story of this world is about growth and innovation; we can’t let it get too bleak with pessimism,” he says.

For he’s also a married father of three sons, ages 12 to 24, who share his worldliness, two currently attending the Washington International School and speaking fluent Spanish when summering in Spain.

“It’s going to be their world,” he says.

With AMC’s assistance, maybe a better one. 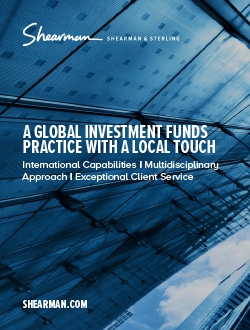