A first-responder analogy seems appropriate for Madelon Kuchera who has built a professional life going where there’s the most disorder. That’s meant a lot of running toward, and making sense of, regulatory chaos confronting big-ticket industries.

“Always go where there’s chaos in industry,” the good-natured Kuchera says with a laugh during a lively interview with Vanguard late last year. “That’s where you’ll find the most opportunity.” 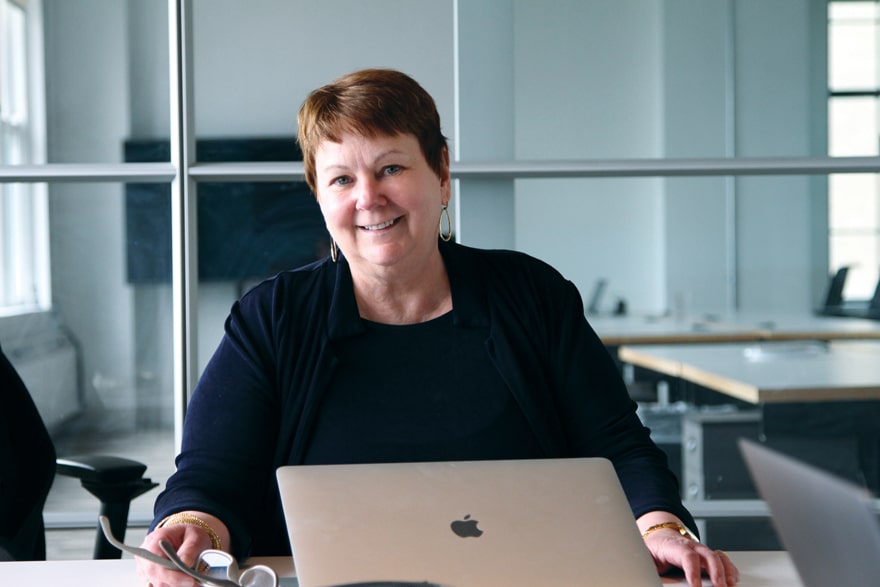 That has been particularly true for Kuchera, who has demonstrated a strong aptitude and interest throughout her career in making sense of the chaos and confusion that often occurs in the wake of policy and regulatory change.  Even before enrolling at The John Marshall Law School rather late in life, she was helping companies make sense of changing rules —often-times on short notice—her credentials in regulatory economics much in demand.

As the airline, natural gas and telecommunications industries deregulated and restructured, Kuchera felt right at home advising companies on their options to navigate the changing regulatory and policy landscape.  More recently, she’s focused her attention on the industry that’s seen more than its fair share of regulatory uncertainty in recent years: the industry of producing electricity and gas to retail customers in the nation’s restructured energy markets.

As there are 50 states and as many public utility commissions, there’s a maze of rules and regulations for the nation’s 250 or so retail energy companies, says Kuchera. She thought there should be someone to advise these companies, and in late 2016 stepped away from a high-profile legal position with AEP Energy to found her own industry-specific consultancy, the Chicago-based Earth Etch.

Initially, she had expected small and medium-sized energy companies would tap her expertise. While those companies have indeed reached out to Earth Etch, so have the industry heavyweights.

“They all confront the same maze of rules and regulations so they all have the same needs, though to different degrees,” Kuchera explains. “There’s little federal regulation in the retail energy marketing business, so the companies must comply with state laws, and that’s where the challenge is particularly for companies who operate in multiple states. Though there are similarities, the rules do differ state to state, and those rules can change.” 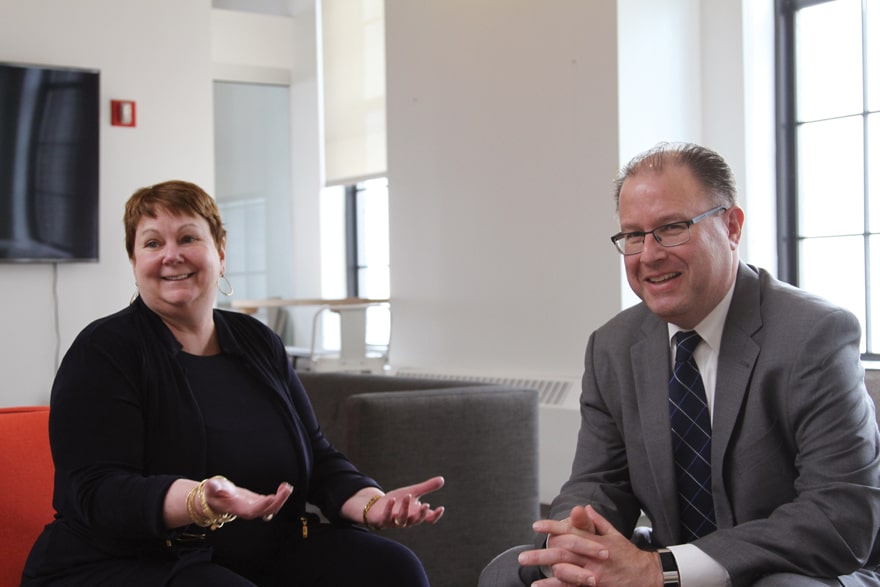 At last count, 16 states and the District of Columbia had deregulated their retail electricity markets.  Retail energy competition is widely regard as a success story for industrial and commercial customers.  But the road for residential customers has been a bit bumpier.

Kuchera notes that restructuring has brought about several benefits for residential customers.  For example, studies have shown that electricity prices in states with competitive markets have trended downward while prices have risen in states with monopoly regulation.  In addition, consumers in restructured states shopping for their energy supply are able to choose from a wide variety of sellers, pricing plans and product features.  This ability for residential customers to choose the pricing and product attributes for their energy supply that best meets their needs is still unheard of in the nation’s vertically integrated, traditionally regulated states.

That doesn’t mean that the restructuring road has been smooth and without twists and turns, Kuchera notes.  There have been some problems along the way.

Consumer protection rules are constantly changing and evolving. Billing has been a contentious issue in some states with suppliers angling for opportunities to include the utility’s charges along with their own on bills to residential customers.  Issues concerning access to customer interval meter data continue to percolate. Whether residential retail energy competition can truly thrive in an environment where the utility offers consumers a default service product, and if utility default service is to remain, deciding which costs are appropriately included in that default service remain as lingering areas of debate.

A lot is happening in the broader energy space that is also very positive.  Kuchera notes that solar power and wind power that were said to be not cost-effective, are becoming so. She also notes it’s common for an approach taken to resolve an issue in one state, or a policy approach floated in one state, to find its way to other states.

“That’s why its important to keep tabs on all the restructured states,” Kuchera said, “because something occurring in California or New York or some other state may soon be coming to your state PUC or General Assembly.

“Yes, it’s an exciting time to be in this business,” she says with obvious understatement. “Our company’s reach is growing just as the industry is growing.”

Energized on many fronts

Earth Etch is not to be confused with a law firm; it’s a regulatory and compliance consultancy that helps energy suppliers and energy brokers understand the rules and regulations they must comply with.  It’s not uncommon, however, for Earth Etch to work with law firms.  Earth Etch has worked with law firms that represent clients who have gotten into legal trouble for not following the rules.

In addition to helping clients in the U.S., Earth Etch has helped clients in Europe and Japan as well, Kuchera said, as energy deregulation crosses oceans and borders.

New market entrants can also access a webinar hosted by Kuchera and her new strategic partner, Tom Dougherty of MarketWISE.

“Amazing synergies among the three of us,” Kuchera says.

Asked for an anecdote about Earth Etch’s value, Kuchera must honor confidentiality but does explain how a small company sought the firm’s expertise in state licensing. With its business running smoothly, that company was soon approached by a larger operator about a possible merger. The targeted company advised its pursuer of Earth Etch’s valuable input. After the merger closed, the purchasing company retained Earth Etch’s services.  As a result, it’s stronger and able to operate across multiple state lines. 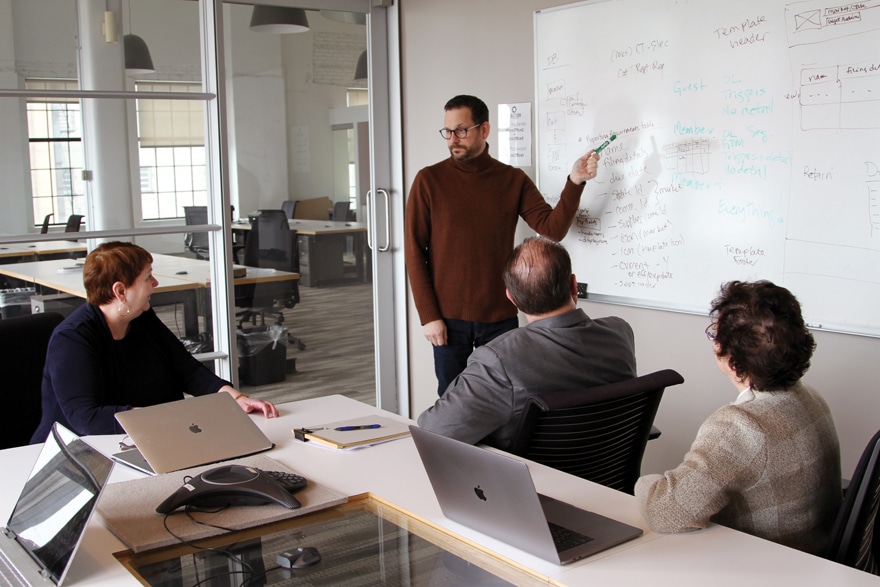 “We’re always proud and grateful to have a client recommend our services.  What that anecdote demonstrates so well is that no matter the size of the company, if you’re the CEO or the head of regulatory or anyone else with a stake in making sure your company stays out of regulatory trouble, our services can bring you the peace of mind of knowing that your regulatory and compliance affairs are in order,” Kuchera says.

Now overseeing a staff of 15 that’s comprised of lawyers and utility and regulatory specialists, Kuchera anticipates expansion, albeit on a prudent basis. Energy regulation being such an esoteric subject—one in which companies may need hand-in-hand guidance—Earth Etch is no place for on-the-job training.

“I can see us doubling over time, but we will never sacrifice industry experience.  Our key differentiator is the expertise of our people.  Everyone who works here is well-steeped in this industry,” she says. “We may merge with another business if it too can sift through the rules and regulations and interpret them.”

As to how Kuchera became so proficient, she seemed drawn to regulatory economics, earning an undergraduate degree and a master’s from the University of Wyoming during the early and mid-1980s. She’d ply her know-how with the Illinois Commerce Commission and the Federal Communications Commission before turning to the private sector.

She’d serve as regional vice president of regulatory affairs at Telecommunications Group from 1993 to 1999, then move on to a similar role at Universal Access Inc. Advised what an asset a law degree would be, the then-41-year-old Kuchera would commence with her legal studies in 2001, finishing four years later while employed as a managing director at Sterling Group Services.

Upon graduation from law school, she served almost seven years as associate general counsel and vice president of regulatory affairs at AEP Energy, and then went on to launch Earth Etch.

So much chaos in the energy industry and it won’t be dissipating any time soon. Just the place where Kuchera thrives. 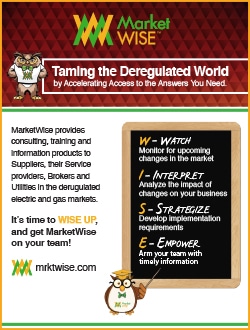