Just what they shopped for

While a membership at BJ’s Wholesale Club costs just $55, for many shoppers that may not be walking-around money. Bargains abound, but with customers counting pennies, it’s to the warehouse club’s interests to communicate just how much potential members can save.

Which competing retailers may take exception to, especially when BJ’s promises “up to 25 percent off grocery store prices,” as it does on its website and through other media platforms. For reasons involving legalities, reputation and simple honesty, BJ’s must be prepared to back up these claims, and that takes a mix of business and legal acumen.

That’s what Graham Luce has been bringing to the table since coming aboard as BJ’s general counsel, senior vice president and corporate secretary in the spring of 2015.

“The general counsel role compels you to wear both hats—lawyer and businessperson—because a key part of the role is enabling the business to take educated risks,” says the 1995 Boston University School of Law grad who served as Bain & Co.’s deputy general counsel and general counsel for 15 years prior to BJ’s.

“A lot of lay people view the job of corporate lawyers as ensuring a business avoids risks, but that’s a misconception. A corporate lawyer must evaluate risks and opportunities and advise which risks are worth taking.”

Up until a few years ago, BJ’s struggled to communicate its bargains and was hesitant to pick fights by comparing its prices to traditional grocery stores.

But Luce, with the help of his 12-member legal team and BJ’s communications department, built a preemptive defense that hasn’t been seriously challenged. Go ahead and promote the prices aggressively and truthfully, he advised the brass. As long as the company can back up its claims, it shouldn’t be reticent in such a competitive business.

“We came up with broad and robust pricing indices that we maintain over time and we are transparent about how we back up what we say about our prices,” Luce tells Vanguard from BJ’s headquarters in Westborough, Massachusetts. “Supermarket chains may hate it when we do things like this, but, in fact, our prices are often even better than the claims we make in our marketing materials.”

BJ’s legal team faced its own challenges on multiple technology fronts.  When Luce joined BJ’s, he found a legal function still working mostly in pen and paper and not making use of technology to improve efficiency.

“I was honestly in a bit of shock at the state of technology in the department,” he recalls. “It felt like I’d stepped back into the 1980s.”

In addition, the business was rapidly making use of new technologies, to analyze shopping data, for example, and Luce recognized the need for the legal team to stay abreast in order to give sound legal advice.

“One of the first things I realized we needed to do was implement a matter management and workflow IT solution, and ditch the prior model which had administrative assistants tracking everything on spreadsheets and circulating paper documents by hand around the company,” he explains.

“The solution we ended up going with had the significant additional benefit of serving as a legal e-billing platform, which has enabled us to more effectively manage outside counsel spend.  We tapped some of the more technologically proficient members of the team to become super users of the new system and they were able to teach and coax along the rest of the team until we had everyone working comfortably in the new technology.”

“We are proud to partner with Graham to help him achieve his goals for BJ’s legal department,” says Tom Russo, president and CEO of doeLEGAL. “Great teams come from great leaders. We are proud to be on BJ’s team.”

Getting back to risk management, it might have seemed Luce was going out on a limb when he left Bain,  the global management consultancy staffed largely by professionals from top universities and business schools. But even at the most prestigious company, he reminds that one may reach a professional plateau.

“After 15 years I had the sense that my learning curve was flattening a bit, and I was still early enough in my career to be able to do something entirely different,” says Luce, now 48. “Also I was traveling internationally a lot and that was hard on my family at the time. I was often overseas—and enjoying it—but felt I should be spending more time with my children. BJ’s was ideal, since the company’s footprint is the eastern U.S., meaning one time zone and short flights when I need to travel.” 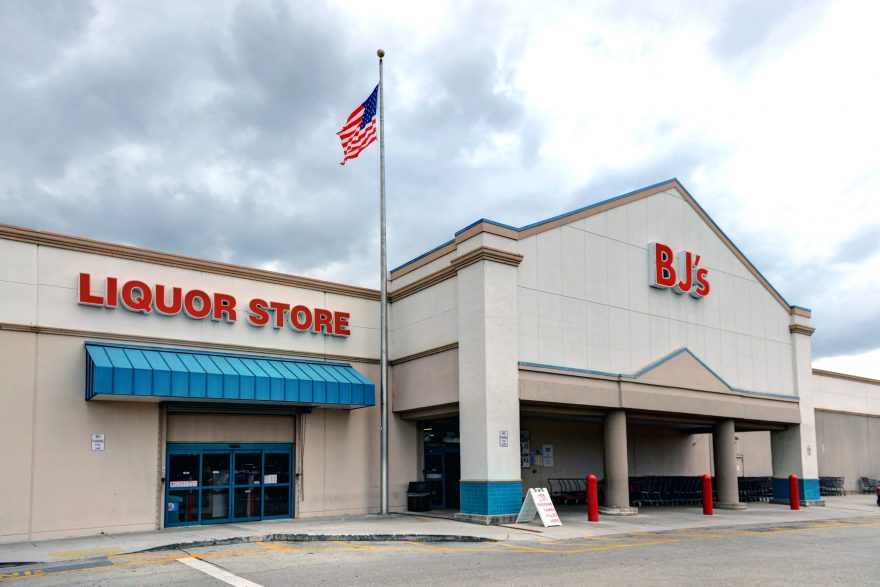 BJ’s also was open a general counsel with no retail experience, and if Luce was looking for a steep learning curve, he found it. An already strong and experienced legal team as well as mentors in other departments helped acclimate the new general counsel.

“Going in, I knew the legal team wouldn’t let me burn the house down while I was learning the ins and outs of retail,” Luce says with a laugh, adding that a long-standing relationship with external counsel, notable Foley & Lardner, contributed to his on-the-job learning. “Thanks to them I got up to speed on being a retail lawyer after almost 15 years in global consulting.”

Different as those two industries might be, Luce still finds a common denominator in that the general counsel’s role is just that: a generalist in all facets of law that touch the business. It’s what he looks for when openings arise on his team.

“A corporate legal team with finite resources can’t afford to hire subject-matter experts on everything,” he says. “Someone willing to be a legal jack-of-all-trades is more valuable to a small team, someone flexible in terms of being willing to take on new problems. Someone smart and intellectually curious enough to see a new issue and say, ‘Interesting, I want to figure out what the answer is.’”

Interestingly enough, while growing up as a lawyer’s son in the central Maine town of Farmington, Luce wasn’t initially attracted to the idea of a legal career. His father even encouraged him to try another path, correctly thinking that small-town legal work wouldn’t mesh with his son’s restless nature.

So as an undergrad at Tufts University, Luce double-majored in the unlikely combo of electrical engineering and political science, unsure of which direction he was headed. Of course, it would be neither.

“Once I saw there was more to law than what I had seen in Farmington, I fell in love with it,” Luce says. “And corporate law was what really attracted me. The collaborative nature of doing deals and working across subject areas was more personally appealing to me than what seemed to me at the time the combative day-to-day of litigation. Plus you could touch upon an incredibly broad range of areas and constantly stretch yourself.”

Luce spent the first five years of his career with the Boston firm of Goodwin Proctor, cutting his teeth on venture capital, mergers and acquisitions, and public offerings—areas that made him an attractive candidate when Bain opted to professionalize its legal department.

Then it was onto BJ’s, where Luce has proved to be quite a bargain for a company that now isn’t shy about celebrating its assets.