If nothing else, Janine Hudson Rea isn’t afraid to try something new.

Three times during her career, she’s been hired by companies to be their first general or claims counsel. All three times, relevant industry experience wasn’t a determining factor. 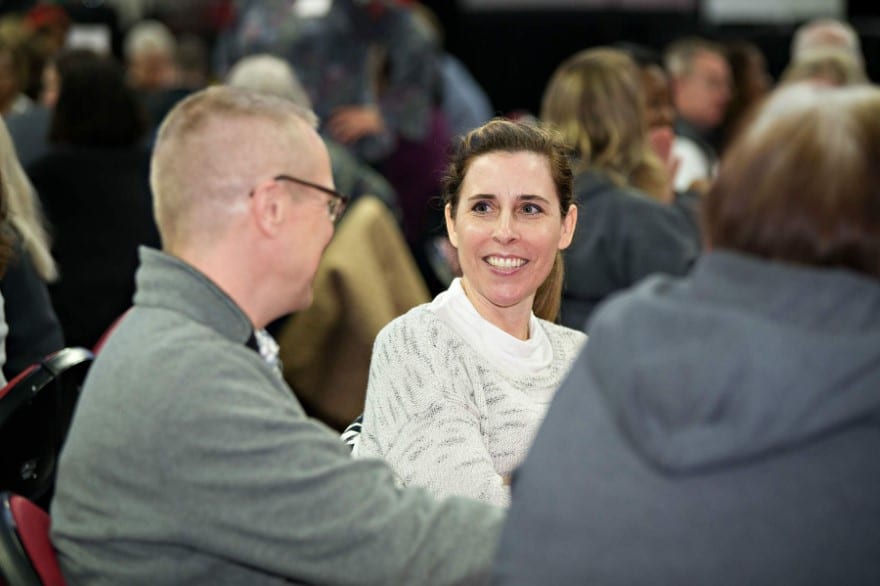 In fact, when hired by Builders Mutual Insurance Company to be its general claims counsel, Hudson Rea wasn’t even licensed to practice law in its home state of North Carolina.

“Even though it seems like I’m in an orthodox career path, the roles I have been able to find myself falling into are unusual,” she says. “I’m a legal Jane of all trades. I like to jump into something new and I have the confidence to know I know what I’m doing.”

For 35 years, Builders Mutual has been underwriting insurance for the construction industry. From initially underwriting workers’ compensation policies, the company has added general liability, property and builders risk to its portfolio of products.

As Builders Mutual has grows (it sells policies in eight states and Washington, D.C.), the company recognizes the importance of updating its document retention practices in light of recent legal and legislative developments. This means placing a greater emphasis on how a business protects and maintains personally identifiable information, third-party information and corporate records. 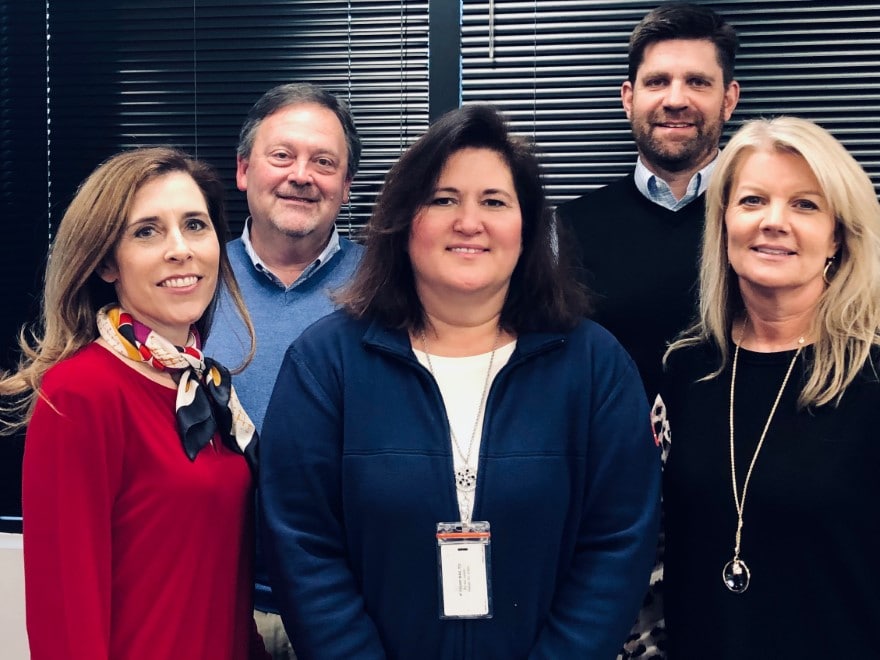 To that end, Hudson Rea began working with the Builders Mutual Document Retention and Destruction committee in 2019. The real push for this company-wide initiative begins this year as she and the committee determine how best to implement the updated program.

It’s not as though she’s going through offices dumping the contents of file cabinets—Builders Mutual has long since gone digital in its record keeping.

Yet there are limits to what should be kept and for how long. As Hudson Rea explains, it is risky to have sensitive data and records on hand long after they have served their purpose.

“I’m a pack rat, too when it comes to information and records,” Hudson Rea says, “but you can’t keep stuff just to keep stuff.”

The first step, then, will be determining what should be kept (and why), and how those records will be used going forward. Part of that discovery is what state and federal regulations apply: HIPAA leads the list; privacy laws and worker’s compensation regulations also play a role. 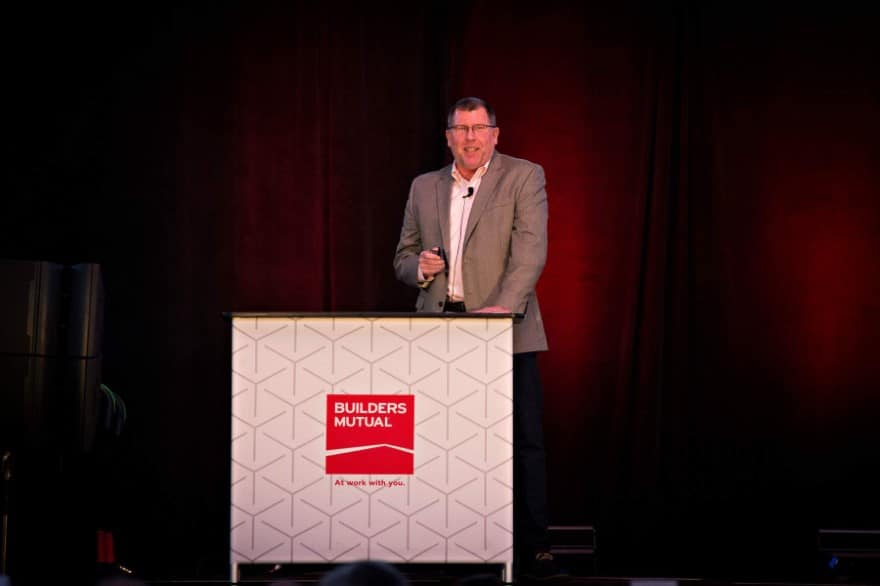 Another crucial aspect will be getting the internal buy-in. While she’s working with a company committee on the project, Hudson Rea says she and her committee colleagues have to change employee mentality in a company where people are reticent to toss anything out.

Because of the support from Builders Mutual CEO John Boggs, Hudson Rea is confident that her committee can change this perspective and says she will also advocate for a document retention manager who will be responsible for carrying out the new policies.

Around the learning curve

What to keep and what to toss is not the only area of change Hudson Rea is leading. She’s also taken the opportunity to better train Builders Mutual staff in how to spot fraud.

Key areas where fraud occurs are within the prescription services and transportation programs covered by Builders Mutual policies, but the training was not a one-off. According to Hudson Rea, the initial annual training was incorporated into the claims teams’ monthly meetings. 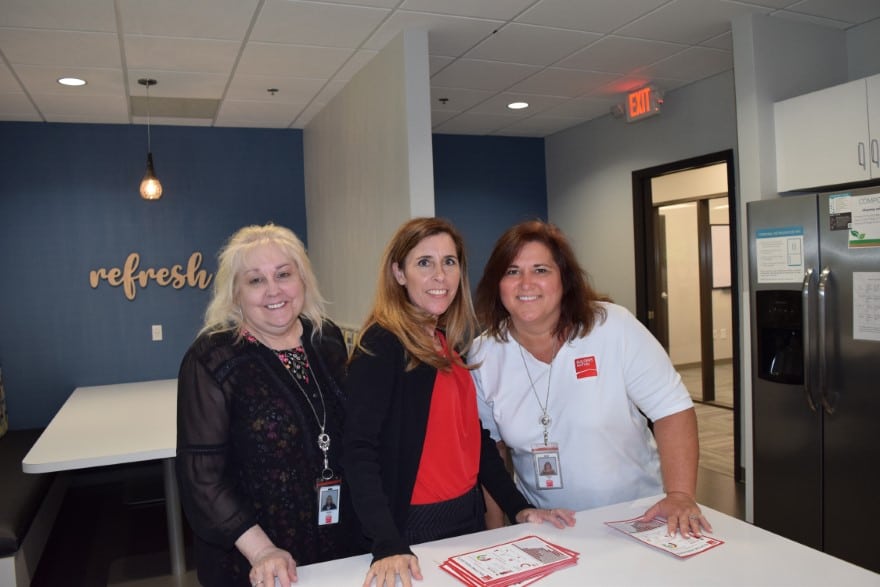 Command has also provided annual training for the claims department, as well as ongoing support and assistance for claims adjusters, underwriters and auditors.

Like her previous positions, Hudson Rea has undergone her share of on-the-job learning. Because her insurance industry experience was at a Lloyd’s of London syndicate offering specialty lines such as employment practices liability and director and officer liability, the lingo and acronyms for the general liability and commercial construction insurance Builders Mutual offers challenged her.

“In the beginning, I was playing catch-up,” she says. “People would just refer to a form number and expect me to know what the form meant and what it was intended to cover or not cover.”

Hudson Rea’s first opportunity to work in insurance law came in 2008 when she joined San Francisco-based Beazley, a subsidiary of Lloyd’s of London. She wasn’t initially interested in insurance and she nearly blew off the recruiter because she thought the work might require too much time sitting at her desk and micromanaging.

She’s the first to admit how wrong she was and remains grateful the recruiter called back. As Beazley’s first claims manager and employment attorney in California, Hudson Rea used her legal skills in a whole new way. She managed claim-related matters, worked closely with underwriters, established a mediation program and learned the Lloyds’ insurance market.

In January 2016, Hudson Rea shifted jobs and coasts, from Beazley to casiKNOW in Philadelphia. She’d never worked in the gaming industry, but the online casino guide executives quickly recognized Hudson Rea’s ability to manage risk, guide litigation, develop IP portfolios, create human resource guidelines and handle just about any other legal issues that might come her way—and rolled the dice.

In June 2017, she joined Builders Mutual following a six-hour interview where she was asked how she could help the company—given she was not yet licensed to practice in North Carolina and had limited knowledge of the commercial construction industry. 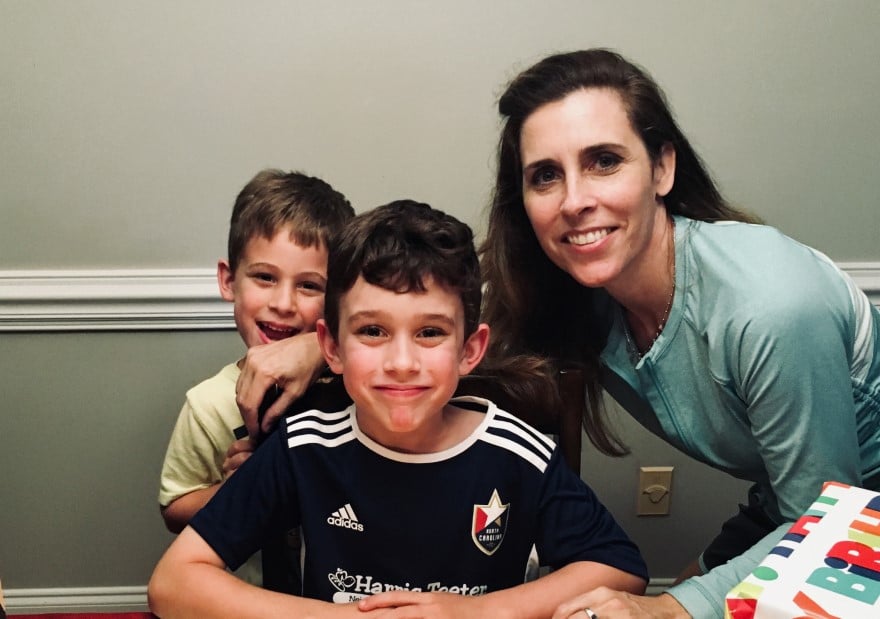 “I’ve built a career on being resourceful,” she says. “I told them what they needed was someone who was flexible to be a problem solver who can work without a clear path.”

As a child in Philadelphia, Hudson Rea’s career aspirations were mixed—she was torn between becoming a hairdresser or an attorney. Her fascination with the show “L.A. Law” won out, and she wrote about her legal aspirations in a report as a fifth grader.

She initially stayed in the Philly area, earning a bachelor’s in international relations from Bucknell University. Then her travels began as she studied in Geneva, Switzerland, and earned her J.D. from the Golden Gate University School of Law in San Francisco.

And while Hudson Rea may not be done moving for career opportunities, she is firmly in place on what a new opportunity must offer her.

“I can’t be in a traditional legal role anymore,” she says. “I need something more challenging and dynamic.” 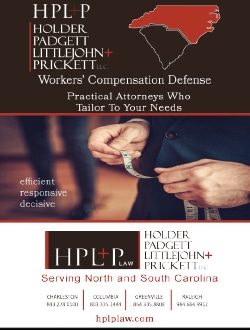