Your tires are so worn they won’t make it through another winter. Your summer wardrobe is threadbare and you know the kids will need new clothes for school. Despite that, maybe you want to score tickets for a concert or the big game.

Yet ordinary purchases like these may be out of reach if, like many Americans, you lack the means to get credit.

According to the Consumer Financial Protection Bureau, 45 million adults in the U.S. are “credit invisible,” meaning they have no credit score or their credit files are so small a score can’t be created. Jason Yoo says Affirm Inc. was founded to empower consumers to spend and save responsibly, while helping them make needed purchases. 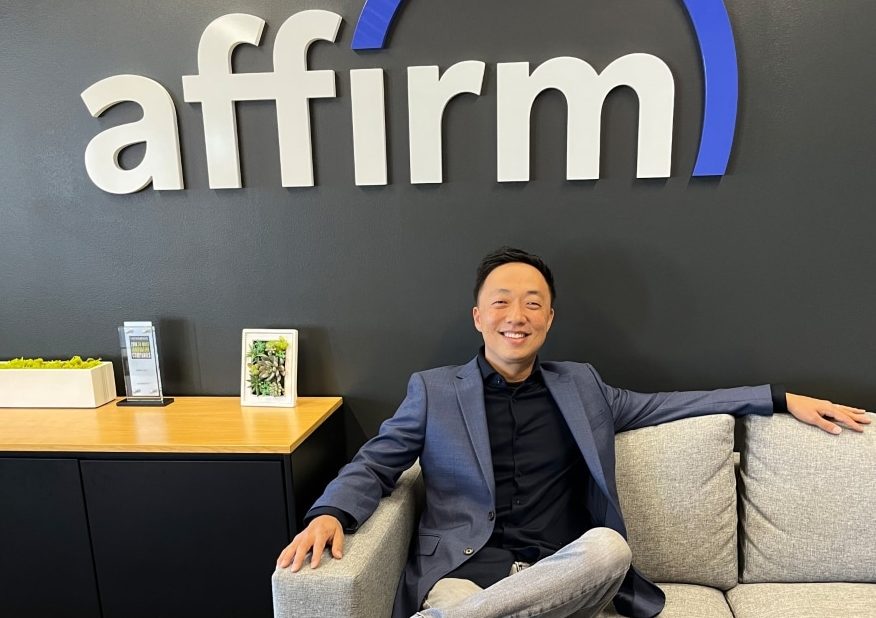 “Our mission is to deliver honest financial products that improve lives,” says Yoo, the associate general counsel for litigation and ethics.

Since joining Affirm in 2018, he’s gone from product counsel to his present role and says the progression has taught him about Affirm’s operations while reinforcing his philosophy.

“When people think of litigation, they tend to think of conflict,” Yoo says. “I like to focus on conflict resolution and compromise. My goal is to serve as an approachable and comforting guide to my clients during difficult times, even when under tremendous pressure or when dealing with hostile parties.”

Founded in San Francisco in 2012 by Max Levchin, Affirm offers consumers transparent and flexible ways to make payments over time. It partners with a network of companies including Walmart, Amazon, Shopify and Peloton, allowing customers to pay in biweekly or monthly payments rather than up front.

“We don’t charge hidden or late fees,” Yoo says. “There are no gotchas and no surprises.”

The latter task was assigned to Yoo and Senior Ethics and Compliance Manager Sarah Robson before the IPO. Together they drafted Affirm’s first code of ethics and business conduct. 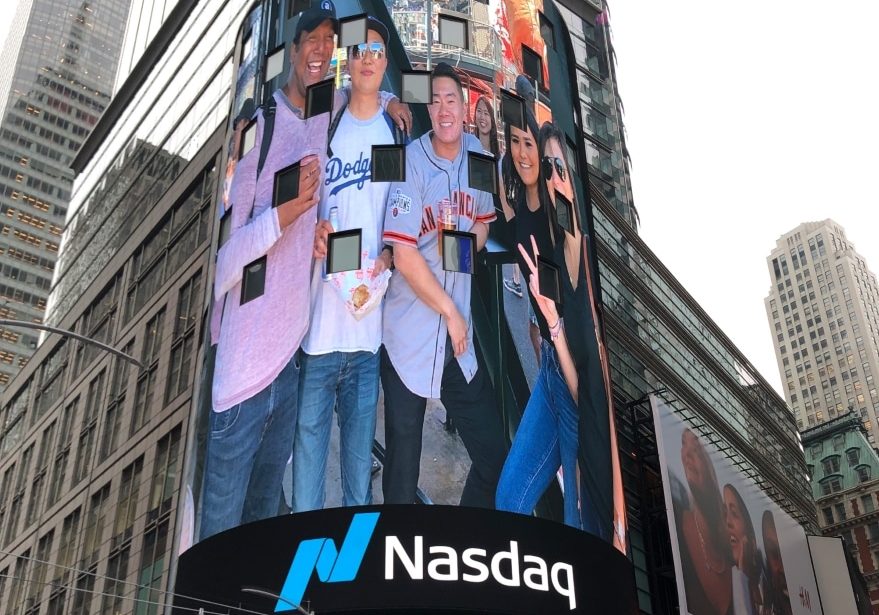 The resulting ethics team trains employees on issues such as how to prevent insider trading and how to disclose potential conflicts of interest between employees and vendors. It also responds to ethics-related inquiries, Yoo says.

Yoo had never developed an ethics program when he joined Affirm, and he says his role as a product counsel was new to him, also. While providing advice and guidance on mitigating risk with new and existing products, he says the role gave him essential knowledge about the company and its operations.

As product counsel, Yoo advised the business on federal and state consumer financial services laws and regulations, including the Truth in Lending Act, the Equal Credit Opportunity Act, the Fair Credit Reporting Act and the Fair Debt Collection Practices Act.

Yoo says one of the most rewarding aspects of in-house legal work is the opportunity to work with people in all areas of operations and gain new perspectives as he learns about Affirm’s products.

“You have to know how the sausage is made,” he says. “I enjoyed it. I stepped into litigation because there was a need. But to be an effective in-house litigator, you first need to be an expert in the business.”

Yoo became senior director and associate general counsel, litigation and ethics in July 2021 and says Senior Counsel Andy Chen is an invaluable partner in managing litigation because he has the same philosophy and approach.

“We make our best effort to be responsive and resolve disputes before they erupt rather than after the fact,” he says.

Raised in Honolulu, Yoo came to the mainland U.S. to attend Pomona College in Southern California. After earning his bachelor’s degree in economics in 2004, he enrolled in the University of California, Davis School of Law.

While in law school, Yoo served an externship for Judge Suzanne H. Segal of the U.S. District Court for the Central District of California in 2006. There, he researched and drafted orders and opinions on areas of civil law including social security and federal habeas corpus. 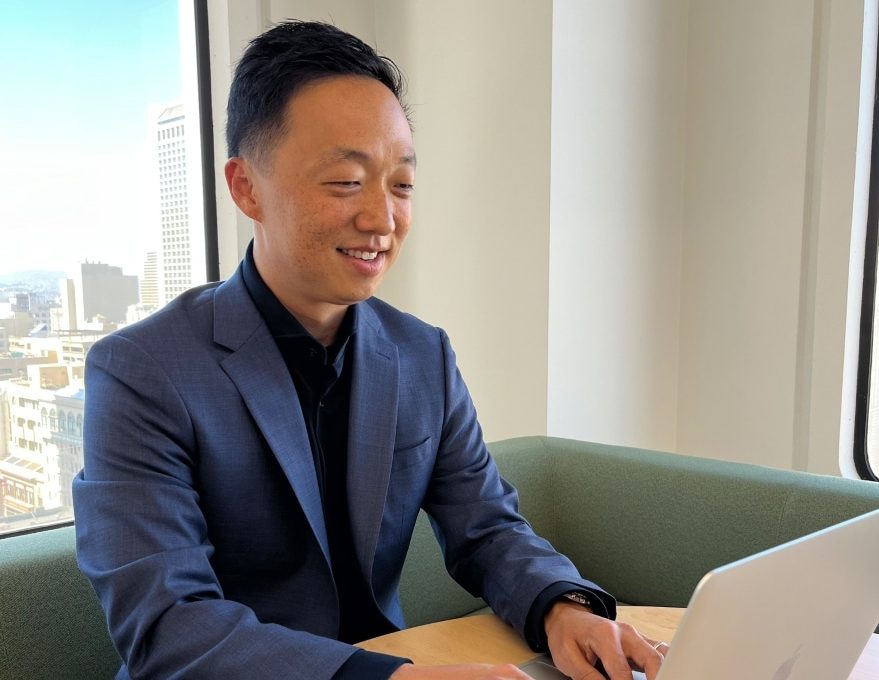 He earned his J.D. in 2008 and returned to Honolulu as an attorney with the firm of Cades Schutte LLP. Yoo practiced in corporate transactions and litigation while also providing general business counseling as outside counsel for clients.

In June 2011, he returned to California as an attorney with Stroock & Stroock & Lavan LLP, litigating commercial cases for clients including JPMorgan Chase, TransUnion, HSBC, American Express and Discover.

After nearly a decade as a litigator, Yoo joined Affirm—having grown up in an immigrant community where access to credit could be limited, he liked the company’s mission. At home, he lives in the Bay Area with his wife and their 6-year-old son, whose youth sports teams he helps coach.

“Affirm’s culture is excellent. We hire decent and good people,” Yoo says. “I love working with the business and practicing the art of translating complicated legal concepts for others in plain English so they can use them to help the company grow responsibly.” 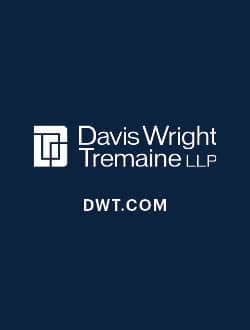 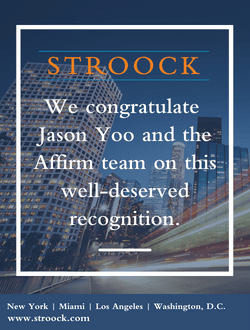 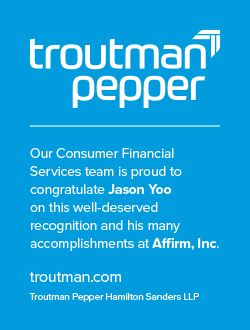