Jason Soni didn’t aspire to become a lawyer while growing up. In fact, he planned to become a physician.

Then he had a disagreement with a college professor over using a graphing calculator app on his iPhone in a calculus class.

“The premise was that the tools students have at their disposal, and the amount of information that is readily available, has created a need for a new set of skills in today’s world,” Soni recalls. “Memorization is less important than application. It’s more critical to know where to find that formula and how to apply the result.” 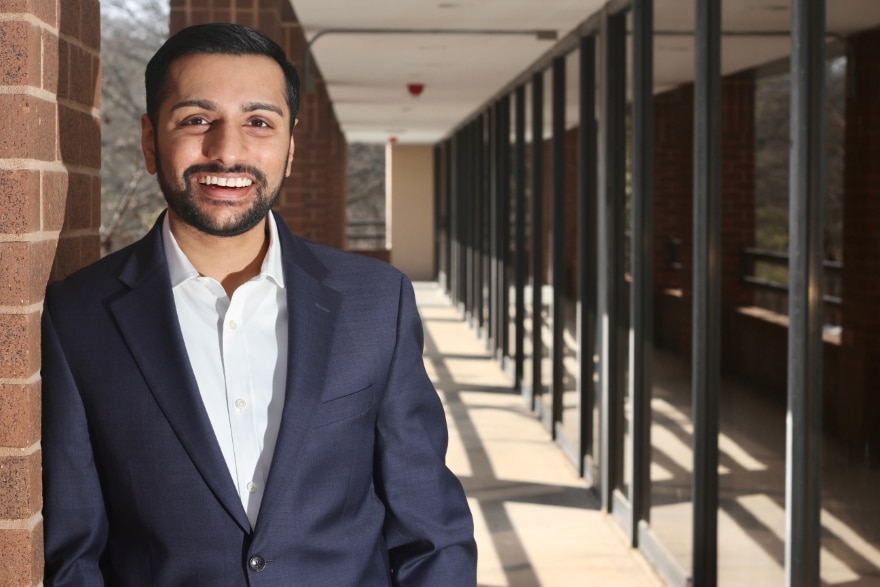 Because of his advocacy for mobile technology in classrooms, Soni was recruited by iSchool Initiative, a nonprofit leading such efforts. As one of its first employees, he negotiated partnership deals, helped form the legal entity, and worked with potential investors on financing terms. The experience gave Soni his first taste of what in-house counsels can do—and it invigorated him.

In April, as Soni joined cloud-based software product provider FullContact as its general counsel, he could wonder what would have happened had the classroom disagreement not occurred.

“When I started pursuing what actually excited me by solving problems that interested me, I cultivated a passion for working at the intersection of law, business and technology,” Soni says.

Soni takes the job with FullContact after spending six years rising through the legal ranks at SparkPost. He credits mentor and former SparkPost general counsel, Joal Barbehenn, for his guidance and encouragement as he progressed and eventually succeeded him. 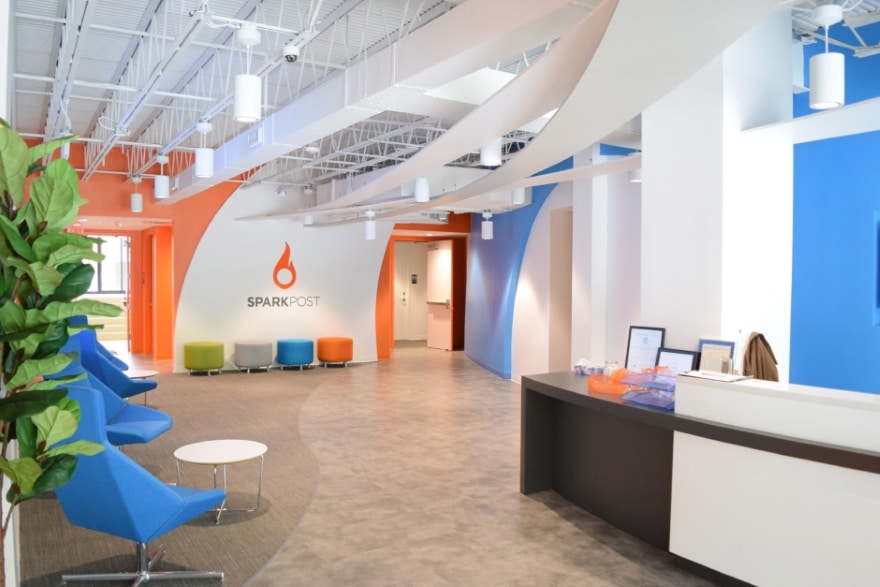 Soni joined SparkPost as an intern in 2013 while attending law school. He says it was part of his desire to build a career at the intersection of business, law and technology.

“The opportunity was a great fit for me since, at the time, SparkPost was a mid-stage enterprise software company and the legal team consisted of a solo general counsel,” he says. “It was the perfect environment for me to get focused, hands-on experience.”

Soni says coordinating and executing each transaction was crucial to making the fundraising work and led to a so-called “tuck and roll” deal. In the deal, SparkPost acquired London-based Taxi for Email as it was simultaneously being acquired by Amsterdam-based MessageBird for $600 million. Soni says the string of transactions was one of the most challenging but rewarding times in his career. 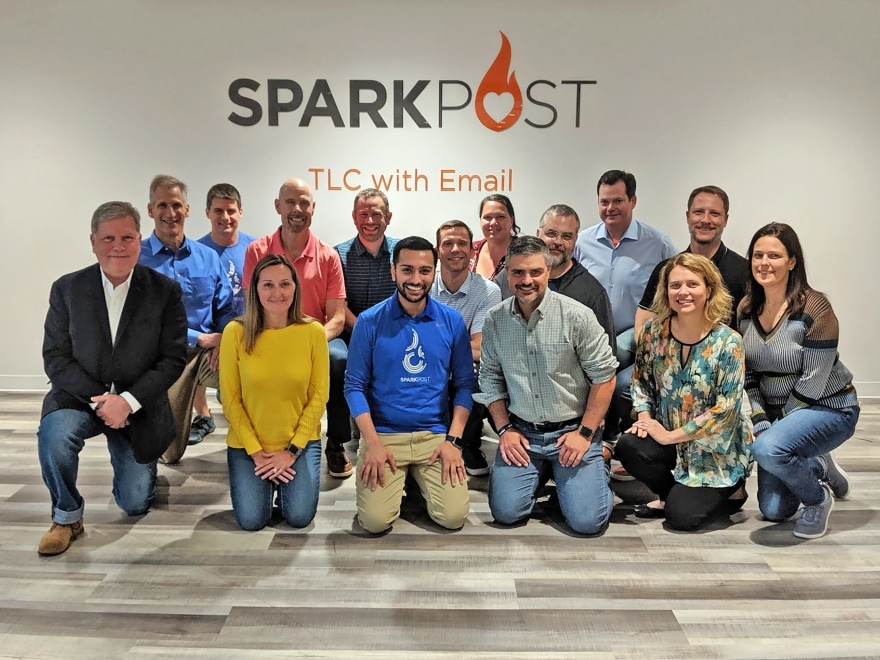 “Fundraising and M&A can be the most defining deals for a company and, as the general counsel, you need to manage and execute well on them,” Soni says.

He adds working with outside counsel, including DLA Piper and Paragon Legal, was crucial to completing the deals—as well as carrying out his day-to-day duties in areas such as contract management.

When the deals were completed, Soni returned to ensuring SparkPost complies with data privacy laws around the world, including the European Union’s General Data Protection Regulation. That included developing policies and procedures, maintaining compliance documentation, and vetting new products. He also created awareness and training programs within the company.

“Data privacy is a fundamental human right. Companies need to understand and respect that. Brand trust is now more important than ever,” he says.

Soni was born in Atlanta to parents who’d emigrated from India. He got his first PC when he was 7 and has been fascinated with technology since. His interest has been in the technology’s real-world applications more than with the hardware.

After disagreeing with his calculus professor about using his iPhone in class and joining iSchool Initiative, Soni dropped out of college to focus on the business.

He eventually returned to college, earning a bachelor’s degree in business administration with an entrepreneurship concentration from Kennesaw State University. After graduating, he enrolled at the University of Maryland Francis King Carey School of Law to pursue a degree with a business law concentration. 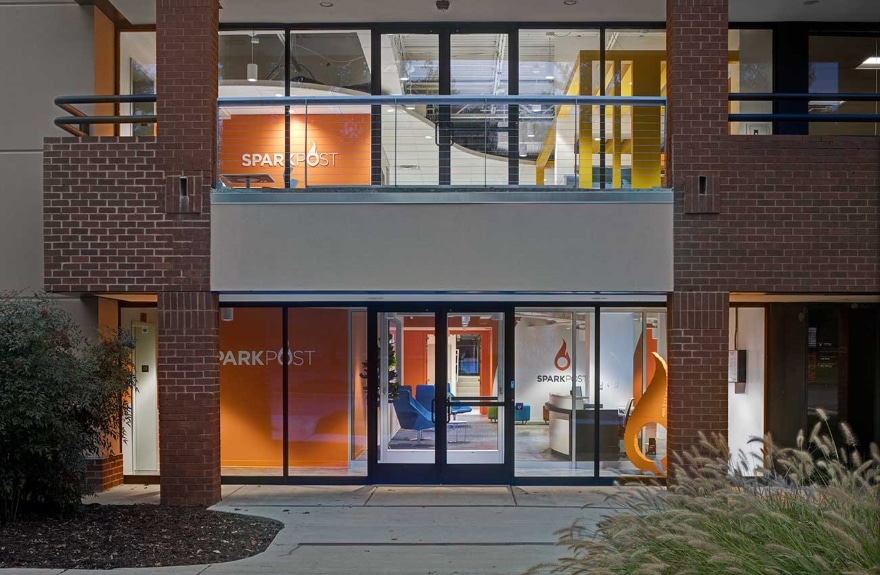 Soni says he was never interested in the summer associate positions or judicial internships his peers pursued. He wanted to continue working with technology companies and followed up his 2013 internship at SparkPost with one in 2014 at PayPal as the company’s only legal intern.

After earning his J.D. in 2015, Soni joined Hudson Cook, a consumer financial services law firm, where he counseled banks and fintech companies on their credit programs. In 2016, he rejoined SparkPost. Completing the 2021 M&A efforts led him to consider what’s next for him.

“From my time at iSchool Initiative, I knew that I wanted to be a legal and business leader at a technology company,” Soni says. “I love working with innovative tech companies alongside smart leaders solving challenging problems, drafting and negotiating win-win deals and providing strategic guidance. After the acquisition by MessageBird, I decided that it was time to find my next career adventure and I’m eager to see what my new role at FullContact will bring.” 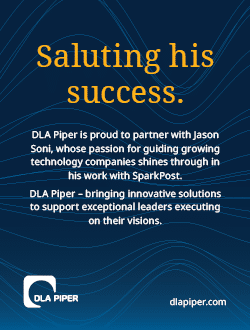 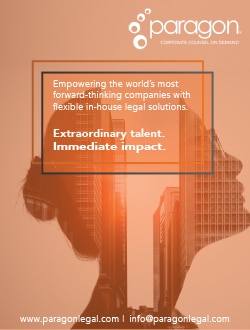