“A System of Lessons Learned” is how Javier Oroz Coppel refers to the repository that he and his in-house team are compiling of the judicial rulings and case law that AXA México has dealt with in recent years.

Whatever the outcome is in a case, there’s always something to be learned, he reminds from the México entity of the Paris-based insurance group. No reason for any mistake to be made twice. 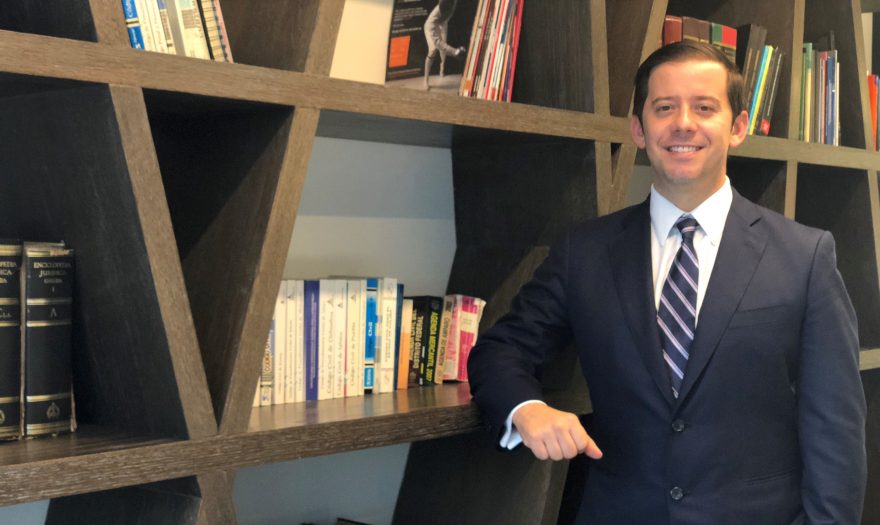 He’s enthusiastic about his new role, and when speaking with Vanguard had much of the new strategy in place for efficiently dealing with the longer to-do list.

“Being part of the customer complaint process gives you a better sense of how an insurance company that is customer-oriented works, and with that knowledge applied to a legal or compliance process, you can foresee a problem and stop it from being repeated,” he says.

It’s just part of the proactive approach that Oroz Coppel has brought to AXA for the past decade, ever since the parent company bought ING, the Dutch-owned financial services provider where he had worked for three years in different regions of its Mexican operation.

Just 29 at the time of that $1.5 billion transaction, Oroz Coppel’s role involved being part of the team that presented top litigation cases to the different buyers.

His resume plenty impressive, he was retained as AXA’s youngest head of litigation dealing with millionaire contingencies with a vast majority of winning results. He later became its youngest ever general counsel at 31, when he was well on the way to recouping millions in debt and showing by example just what a valuable and profitable partner a legal division can be to a company’s underlying earnings. 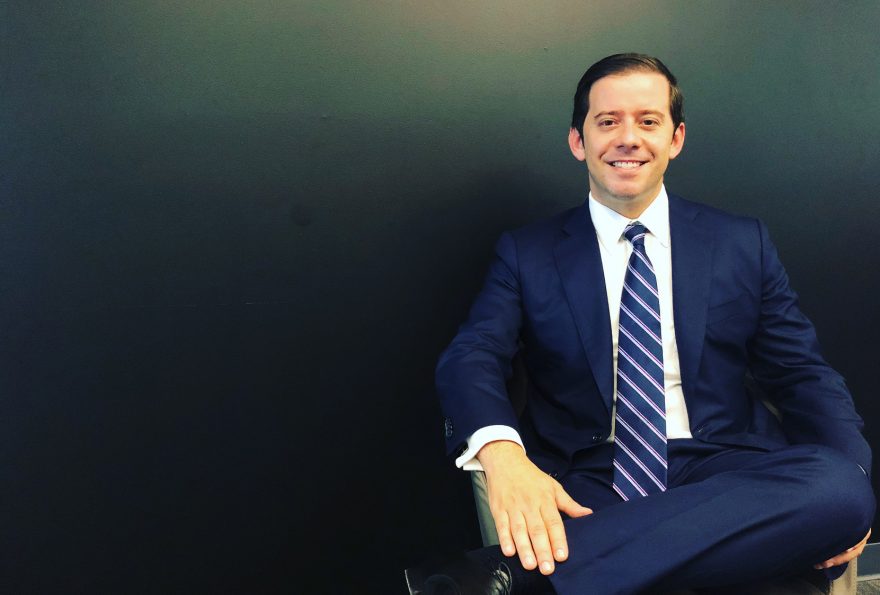 “I was trying to make the legal department not just the typical burden of cost, but also a business partner,” he explains. “With the partnership of our finance department, we were becoming more active in the profit and loss statement (P&L) of AXA and developed a very successful strategy to detect and collect debts.”

He’s just as active when it comes to litigation and the implementation of controls to prevent and eradicate insurance frauds and leakage, though quick to add that there may be a misperception or prejudice that such problems are more endemic in Mexico than elsewhere.

“It can happen in any country, indeed it does,” he says. “If anyone needs to face these types of problems, my recommendation is to be proactive and understand the framework to work alongside the authorities. The more proactivity you show, the more you can prevent such cases.”

Oroz Coppel can’t bypass an opportunity to put in good words for México.

“It’s a great country, with talented people and a very desirable place to do business,” he assures. “The regulatory framework is being improved, so foreign companies have even better grounds to invest. I’m proud to be part of the AXA compliance program that is run with the highest standards and with a world class view.” 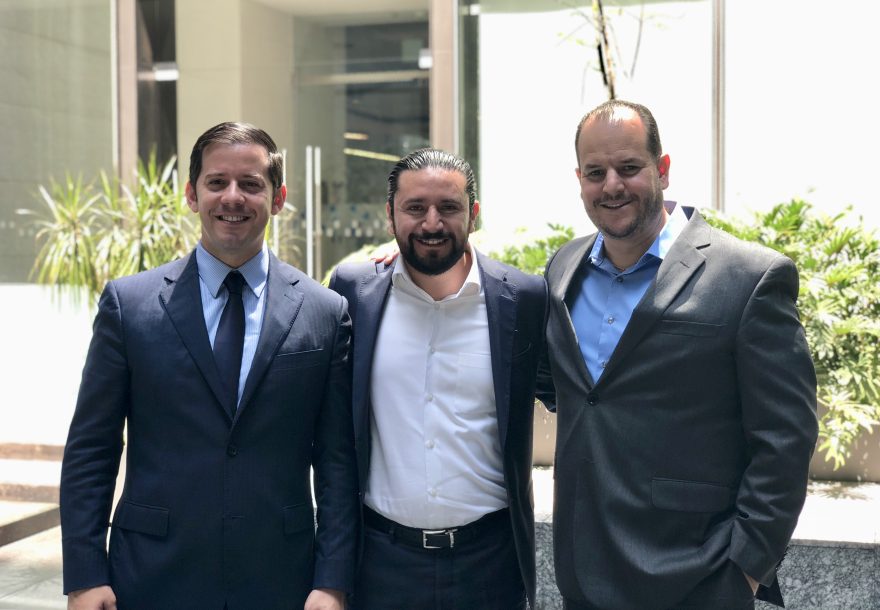 Oroz Coppel feels he has many to thank for his rapid rise, and that includes the Zubia Maytorena & Abogados law firm, where he spent the early part of his career. In-house, however, is where he feels he belongs.

“At a company this size, I’m involved in so many topics—civil law, antitrust, compliance, litigation, insurance law, corporate affairs, customer complaints, taxes, international affairs, arbitration, etc.,” he says. “Here I have an advantage over lawyers who “just” work in a law firm. It’s a perfect match. Every day I learn something new.”

A Universidad de La Salle law grad, Oroz Coppel’s post-graduate work includes a mini-MBA from Harvard’s Global Leaders in Law program, study of a specialization of the Amparo Law, Orientation to the US Legal System and the Sarbanes-Oxley Act at the Facultad Libre de Derecho de Monterrey, and a master’s degree in insurance and bonds from the Universidad Regiomontana.

Law has been always his passion, being drawn toward a legal career even while growing up in the agricultural and ranching region of Sonora, just south of Arizona. He credits his family for a positive upbringing, and says he was fortunate to have many academic and professional mentors, and strives to be a role model and a developer of talent.

“We have an important role in society, as this is a business in which you can become a problem-solver and even a tragedy-solver,” he says.

An example came in February, Javier says, referring to a prolonged earthquake that left several people dead and many homes and businesses without power. Previous reminders were a pair of deadly quakes in 2017.

“We need to use such events as a trigger to allow people from different incomes to obtain our products according to their capability,” he says, adding that the same holds true for health and auto insurance.

He’s proud of AXA’s many socially responsible initiatives, including programs to support the education of future nurses, and efforts to reduce consumption of wasteful products.

And he can take pride in many of his former staffers who have gone on to distinguish themselves elsewhere, including at AXA’s global headquarters in Paris.

“I am very passionate about law and to be a true problem solver, and I look for it when building my team,” he says. “It’s not just their background in law or insurance. It’s their potential to grow and their drive to excellence. Experience has taught me that’s what you look for in people: What are the drivers and motivation of the people in what they do. When they have passion in what they do, most of the time, they succeed.”

On the passion front, Javier Oroz Coppel certainly can lead by example. 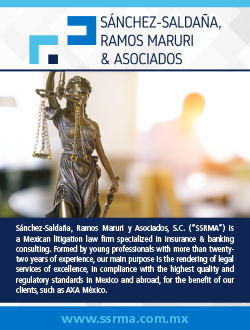 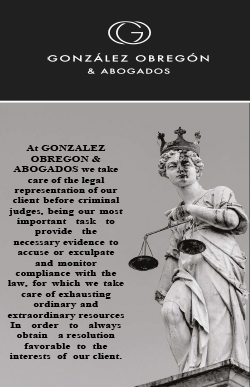 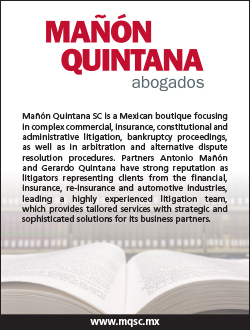