It was 3 a.m. Lucas Gambino was sitting in the passenger seat of an 18-wheeler loaded with products.

The driver beside him was experienced with—and fully used to—this time and this route. As for Gambino? 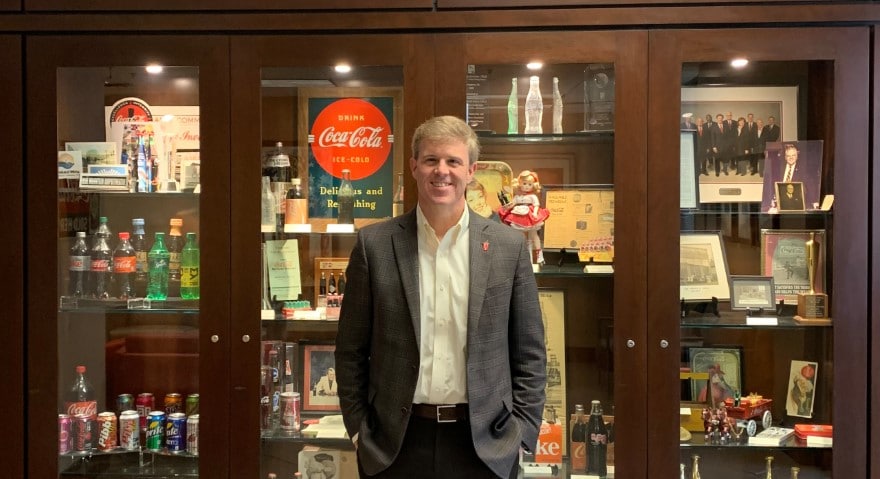 Nevertheless, the general counsel got up and did it—and learned far more than he bargained for.

This is just one of countless anecdotes from Gambino’s first several months with Coca-Cola UNITED. It’s a period during which Gambino took many a trip with salespeople and delivery drivers, interacted with customers at convenience and grocery stores and restaurants, and asked “thousands of questions.”

In fact, he didn’t even get behind his desk once until six months in; it was all about pure immersion—and constant observation.

“It was really just learning, eyes and ears wide open, absorbing as much info as I could about this industry,” says Gambino, vice president and general counsel of Coca-Cola UNITED. “It may seem simple to mix ingredients with water, pour it all into a container, slap a label and lid on it, and send it in a package to a retail shelf—but it’s not. There’s so much more that goes into it, and that’s just the production side of our business.”

Now that Gambino is behind his desk with the Birmingham, Alabama-based bottler for the iconic Coca-Cola Company, he handles a wide range of day-to-day legal matters—most notably, helping the company adapt to massive growth.

While Coca-Cola UNITED shares its name with the multinational soft drink giant, it’s an entirely separate enterprise—the privately-owned company is one of 66 bottlers around the U.S. that hold exclusive territorial rights to produce, bottle, distribute and/or sell Coca-Cola products. Holding those rights throughout most of Alabama, Louisiana, and Georgia and parts of Florida, Mississippi and Tennessee, the company happens to be the second largest bottler for Coca-Cola, accounting for more than 12 percent of total U.S. volume. 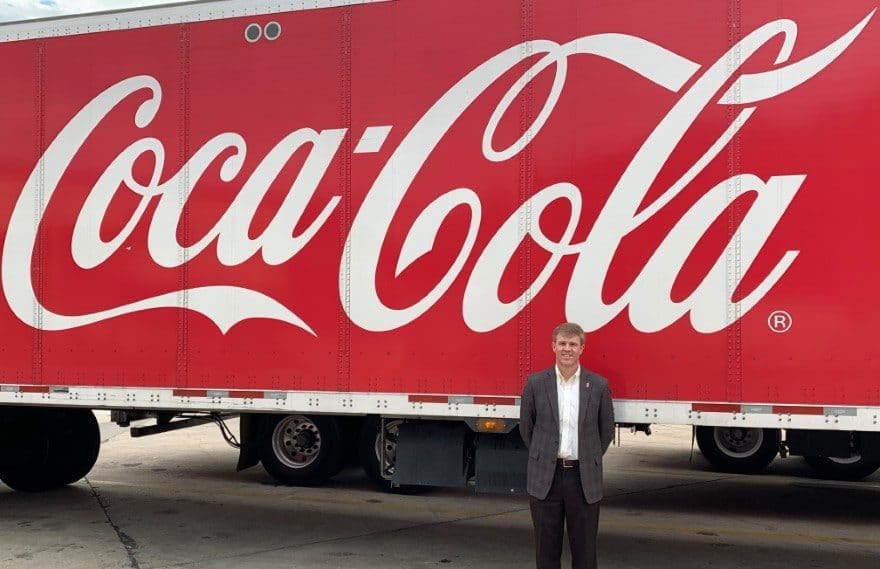 This market dominance came about rather rapidly: In 2013, the Atlanta-headquartered Coca-Cola Company decided to get out of the bottling side of the business (having owned a bottler that was responsible for 85 percent of total U.S. volume). As a result, Coca-Cola UNITED was given the opportunity to acquire several production and distribution facilities and significantly expanded territorial rights, thus tripling its revenue (from $1 to $3 billion), employees (from 3,000 to 10,000) and customers (from 50,000 to 150,000).

In the wake of that gangbuster’s growth, it’s all about execution, Gambino says. First and foremost that means taking stock of all the recently acquired assets and developing an internal strategy for how to best use them. It also includes restructuring some departments—and growing out his own—while remaining efficient and nimble.

Just as importantly, Gambino strives to ensure that the company maintains a strong relationship with Coca-Cola corporate so that it can take advantage of future opportunities.

“Coca-Cola UNITED wants to be at the forefront of bottler opportunities within the Coca-Cola system in order to collaborate on significant initiatives being explored by The Coca-Cola Company,” he says.

This goes for other brand owners, as well—the company also distributes for Dr Pepper, Monster Energy, BodyArmor and Fairlife among others.

“We have undergone significant growth in a short period of time and in the process went from a big company to a big, big, big company,” Gambino adds. “We’re figuring out how to use all of the assets we’ve acquired, making tweaks and changing things here and there, moving chess pieces around.”

Enthusiastic as he is about his role, Gambino initially had a different profession in mind: The avid Michigan Wolverines fan intended from a young age to become a sports agent. In that quest, he was advised by a mentor that the best path was to study accounting as an undergrad, earn a master’s degree in sports management, then attend law school.

Once he began studying law he realized a harsh truth about the world of sports agencies: “It’s more about who you know than what you know”—it became clear that a traditional legal career was the best way to go. 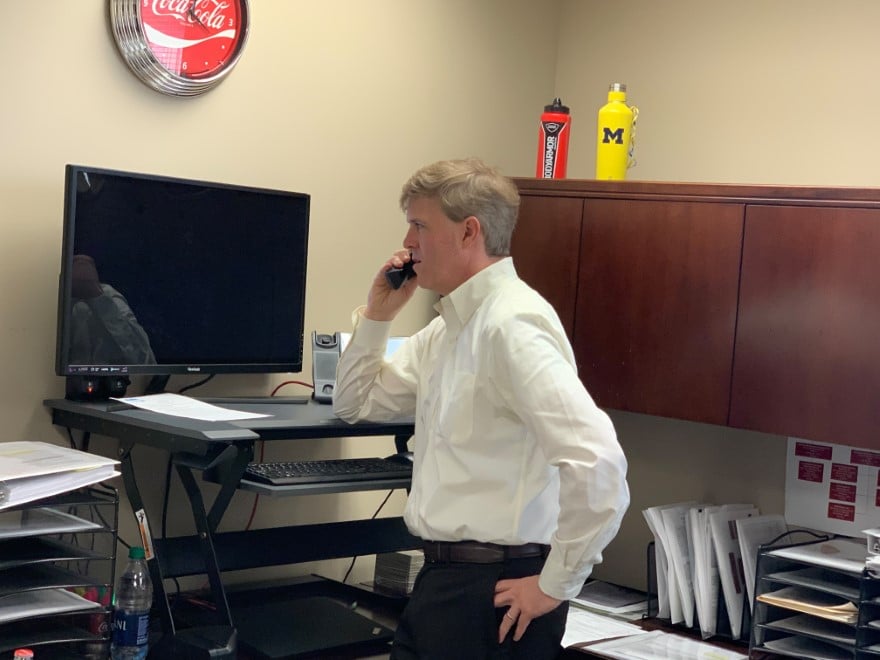 Gambino was immediately drawn to the profession’s emphasis on reading and understanding—that is, “really understanding, not just on the surface, but being able to thoroughly analyze, to develop your ability to deeply reflect, process and communicate your thoughts,” he says.

The Alabama native and father of three spent nearly 20 years in private practice at Birmingham, Alabama-based Maynard Cooper & Gale, PC—focused on banking and corporate law—until he was recruited by Coca-Cola UNITED in September 2018.

Being at the mid-point of his career, the personal and professional timing was right.

“I saw it as a once-in-a-career opportunity to join a fantastic company as its chief legal officer,” he says. “The quality of the company and its recent transformation made it intriguing and distinguished it from previous, other considerations. I knew there would be immediate opportunities to navigate significant challenges.”

But first, there were those six months out in the field: In addition to riding on delivery trucks and shadowing salespeople, he spent significant time at production facilities and sales centers, and many hours examining the relationships and merchandising standards at many of the company’s customers, including Wal-Mart, the company’s largest.

The goal, Gambino says, was to gain an intimate understanding of the business, its operations and how it all fits into the industry, as well as to get an overall grasp on the industry itself—a new one for him. 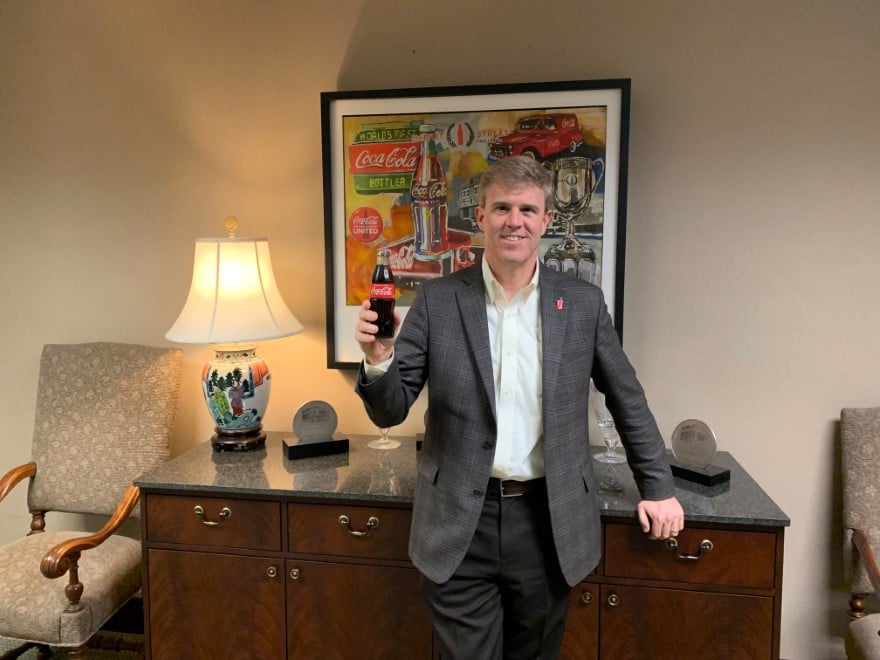 The process has not only helped him in dealing with various day-to-day legal matters—ranging from customer contracts, organizational and strategic initiatives, and relationships with brand owners and industry groups; to antitrust matters and trademark issues—it’s also exposed him to a great number of people in the company.

“I wanted them to know I exist,” he says, “and that I’m ready, willing and able to support them in any way that I can.”

All told, it’s fulfilling to have a seat at the business table with people with all kinds of expertise, he notes. General counsels truly bring a unique skillset to that environment, he adds.

“Not everybody thinks like a lawyer. You have specialized knowledge and analytical ability that uniquely positions you, even when addressing business and non-legal topics. It’s a good skillset to have in any scenario, really.”

That, and the willpower to heed a 2 a.m. alarm. 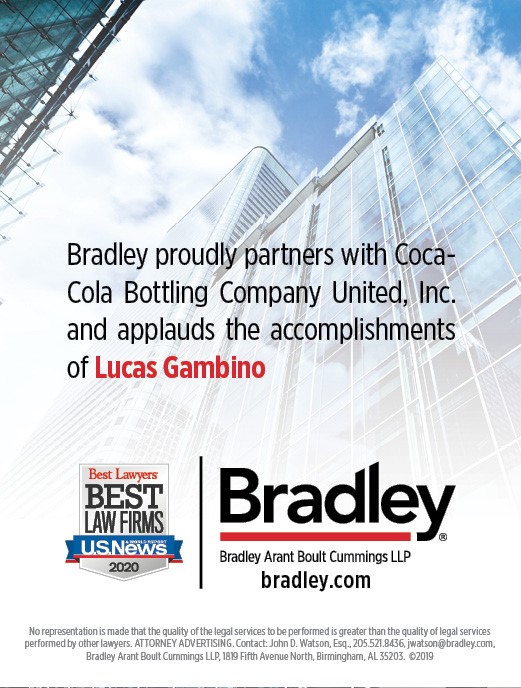 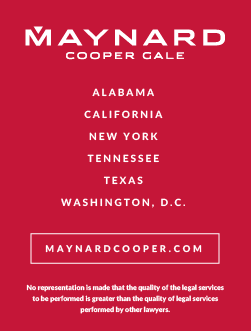