He’s earned his second retirement, having come out of his first in 2012,  after a brief respite that followed 37 eventful years in a variety of general counseling, ethics and compliance roles to the U.S. operations of Swiss pharmaceutical giant Novartis.

So in early 2017, Jeff Benjamin informed his employer of the preceding five years, Avon Products Inc., that he would soon be “re-retiring,” assuming the company successfully recruited his successor, a process in which he was intimately involved. Much to his satisfaction, the board and CEO brought aboard former Chiquita Brands general counsel James Thompson, effective August 1. 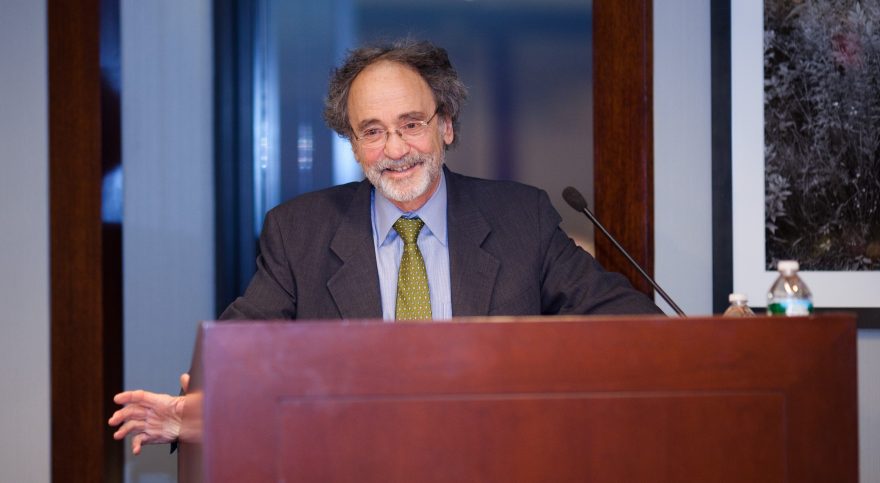 Jeff addressing his colleagues shortly before his retirement at Novartis.

But appealing as Benjamin assures retirement is, it will never turn into idleness for the ever energetic and intellectually curious 72-year-old. For Benjamin hasn’t completely left Avon, as he still advises the legal team on a part-time basis and remains professionally active, co-authoring a chapter on litigation with Evan Chesler (Cravath Swaine & Moore) for a legal treatise, serving as faculty on various ethics and compliance seminars, and supporting initiatives of the Brennan Center for Justice of New York University Law School.

He just does not plan on assuming any more full-time legal positions. Then again, he felt that way before. Six summers ago, to be exact.

Another general counselship was the last thing on Benjamin’s mind when he and wife Betsy were enjoying the natural beauty and serenity of Cape Cod from their Eastham retreat in the summer of 2012. However, Avon came calling in a manner that made it nearly impossible for him to decline its invite to come aboard as senior vice president, general counsel and chief ethics and compliance officer.

It began with a call from Larry Pedowitz, an outstanding trial attorney at Wachtell Lipton, who told him that Avon’s new CEO Sheri McCoy needed a general counsel, and that he and his firm colleague Marty Lipton had recommended Benjamin, “which itself was quite an honor.” Although reminding Pedowitz that he was “retired,” Benjamin agreed to at least offer McCoy his assistance in recruiting a new boss of legal. Though the two had never met, they knew of each other through business and legal circles.

Days later, Benjamin received a message on his cellphone from McCoy inviting a call-back. He recalls being impressed that she herself made the call, rather than delegating it to an executive assistant. A positive first impression, but at the time not enough to lure him out of retirement.

“Betsy and I were enjoying ourselves, spending more time with one another and family,” he remembers during an interview with Vanguard. “We could be on Cape Cod whenever we wanted. I was able to remain somewhat active professionally, although still seeking the right balance. However, I was retired and did not intend to return to full-time employment, as stimulating and emotionally rewarding as my career had been.”

The ever-punctual McCoy called him exactly when she said she would, Benjamin taking her call from his bedroom overlooking a scenic salt marsh nourished by a tidal river. Benjamin was impressed by her thoughtfulness, grasp of the legal challenges facing the company, and knowledge of all Avon operations. Then there was what he describes as “the self-confidence to expose her self-doubts without doubting herself.”

“She is one of the best active listeners among the many outstanding executives I’ve had the privilege to work with during my more than four decades as an attorney,” he says. 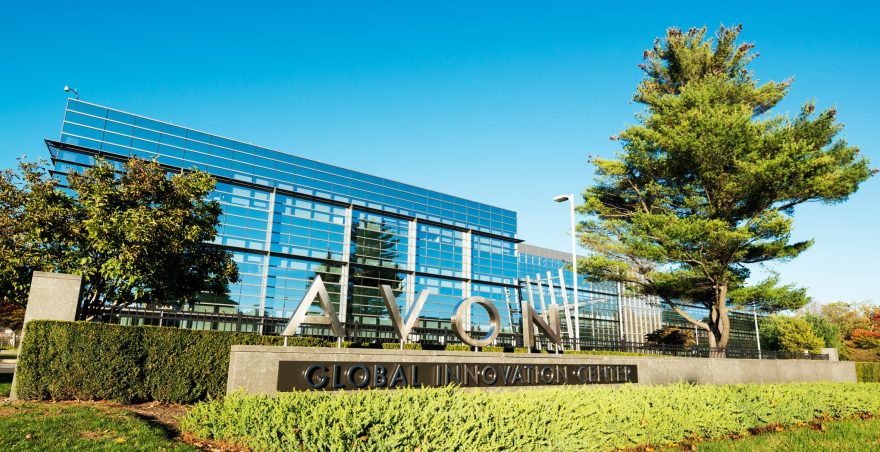 Ten minutes into the conversation, Benjamin’s internal voice began telling him to keep an open mind. Within 15 minutes he began to experience sensory conflict. His eyes were taking in the expansive salt marsh, the blue herons wading in its shallows and snowy egrets swirling above, “one more reminder of the calm that comes over us every time we cross the Sagamore Bridge onto the Cape.”

Yet while his eyes focused on the salt marsh, his ears were drawn to the considerate and inviting voice on the other end of the line describing the challenges that Benjamin most enjoyed about in-house law: complex litigation, including representing the company in a joint Justice Department-Securities and Exchange Commission Foreign Corrupt Practices Act investigation, leading a talented team of legal professionals, and helping to take the ethics and compliance program to the next level.

Yet Benjamin’s prevailing sense was that if offered the position he would respectfully decline. Still, despite such reservations he told her he’d meet with her in New York the following week. Her response:  “Jeff, if you are on Cape Cod, I’d be happy to meet you in Dennis on Thursday.” It turned out the Massachusetts-born McCoy had a summer home nearby. Nonetheless, it strengthened Benjamin’s ongoing conviction that McCoy was a “real person without pretense.”

A two-hour lunch further hooked Benjamin, and, after interviewing with board members, he received and accepted an offer with the understanding that he would head legal for 14 months, leave earlier if she were unhappy with his performance, stay longer if needed, but never leave Avon in a lurch. And he didn’t; remaining in the position for five years.

In late 2014, Avon reached a settlement with the U.S. government that, despite the international scope of the 6-year investigation, was limited to conduct in China.

The resolution was to the satisfaction of the company, with Benjamin having collaborated with two outstanding lead outside litigators, Evan Chesler of Cravath Swaine & Moore and Peter Zimroth of Arnold & Porter, with support and leadership of in-house litigation counsel Kristy Meringolo and her team of Debbie Kaplan, Wendy Bozzolasco and, eventually, Karen Abravanel.

Avon China pleaded guilty to violations of the books and records provisions of FCPA, agreeing to pay $135 million in fines and penalties. The company received substantial credit for its ethics and compliance program.

A major factor in Benjamin remaining at Avon as long as he did was the breadth and depth of talent in the company’s legal organization, about 150 strong around the world when he became general counsel. He is proud that so many of his Avon colleagues continue to advance in their careers, either with the company or elsewhere. Benjamin believes that promoting the professional development of legal colleagues is the most important driver of morale, productivity and success in any legal organization, much more important than compensation, although he believes in paying competitively to recruit and retain top talent. To fuel that development, he recommends encouraging colleagues to assume roles and engage in activities outside their comfort zone, and giving them sufficient visibility with senior executives.

Asked what he’d advise legal bosses, Benjamin cites the importance of building personal, as well as professional, relationships with colleagues.

“Doing so while engaged in substantive legal work together is not enough,” he says. “It’s important to have lunch with colleagues and legal department meetings which combine legal education, skills building and social interaction.”

And there’s something he’d advise to anyone regardless of their line of work: “Get outside! Find a beautiful location, take a walk together away from the routines, distractions and pressures of the office. What a wonder that can do for thoughtful and healthy discussion, whether about substantive issues or improving the strength of the legal department.”

As for ethics and compliance, Benjamin appreciated the strides Avon had made in the four years prior to his arrival and the leadership role played by Richard Davies, who continues to lead the ethics and compliance team. Benjamin, Davies and their team built upon that foundation by giving greater emphasis to principles and values than rules, and by applying a more holistic approach, in general, to communications throughout the company. Having a board and a CEO so committed to having an elite ethics and compliance program, he says, is indispensable in this connection.

Finally, “although well aware and extremely proud of Avon’s support for the empowerment of women when he took the job,” he found that this commitment was so integrated into the fabric of the company and its leadership, that the company’s social mission was part and parcel of “all we do there.”

In looking back on his 47-year career as an attorney, Benjamin says, “The last five at Avon were special.” He’s glad he came out of retirement at 66, even if it meant compromising his time on the Cape. But coming back to a final—at least for now—full-time chapter cleared his head and reminded him that at an advanced age he still had much to contribute on the legal and business fronts. With Betsy’s indispensable support, he is happy to say that when Avon called, he answered in the affirmative. 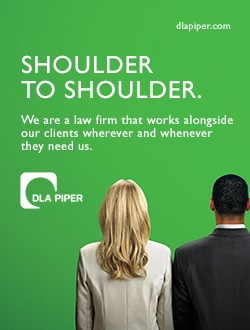 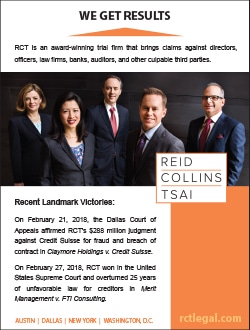 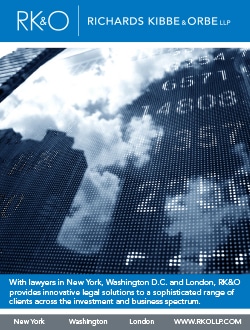