If you ask Kent Christensen what’s cooking at Solo Brands, expect to hear about plenty of irons in the fire. Since joining the company in March 2021 as its first general counsel, Christensen has helped Solo Brands grow from making portable camp stoves and firepits to kayaks, paddleboards and men’s apparel.

Oh, and he helped take the company public with an IPO that generated $219.4. million in investment in October 2021. All of this occurred in nine months, led in part by someone who swears he’s not a very exciting person.

“I would much rather talk about Solo Brands than anything to do with myself,” says Christensen. “The company is a fast-growing and exciting place where we’re just trying to do fun things that help other people’s lives.” 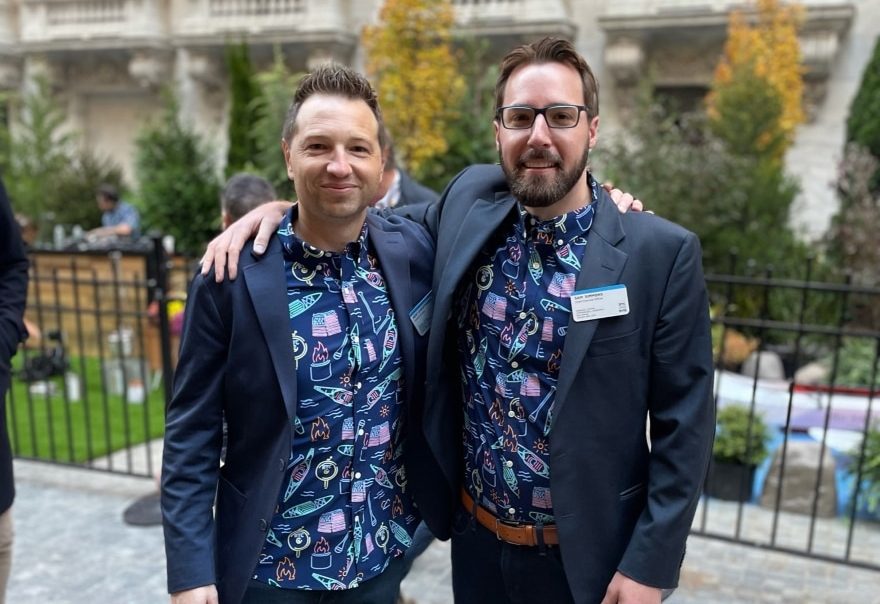 Founded in 2011 as Solo Stove, and headquartered in Southlake, Texas, the company started by building a lightweight camp stove customers could carry on hiking and camping trips. It’s portable and can boil water in under 10 minutes fueled by just leaves, twigs and sticks.

Christensen says the stoves have primarily been sold online and were followed by virtually smokeless stainless steel fire pits. In 2021 the company evolved into Solo Brands as it acquired Oru Kayak, ISLE paddleboards and Chubbies, makers of men swimsuits, shorts and shirts.

The kayaks fold so neatly that Christensen says he’s seen them carried on motorcycles. ISLE paddleboards are inflatable and portable. Chubbies clothes are “simple and relatable to men” who aren’t fashion models, according to its website.

“CEO John Merris talks about wanting to help people make memories, and it’s valid. What better way than to sit around with friends and chat   in front a fire that’s easy to start, has no smoke?” Christensen says.

Welcome aboard, get to work

He joined Solo Brands as the company began organizing its IPO and had a deadline to complete it by the end of 2021. While creating a timeline to complete needed tasks, Christensen partnered with outside counsel to prepare filings for the Securities and Exchange Commission. He also created the corporate governance structure public companies need.

In addition, he carried out his regular work, such as reviewing contracts, implementing policies and processes, and ensuring compliance with product safety warnings and marketing materials.

“It was a sprint—everything needed to be done immediately to hit our IPO deadlines,” Christensen recalls.

The ongoing M&A required revising SEC filings, too. The first acquisition was Oru, followed by ISLE and completed with Chubbies. All the acquisitions build on Solo Brands’ desire to enrich its customers’ lives, Christensen says. 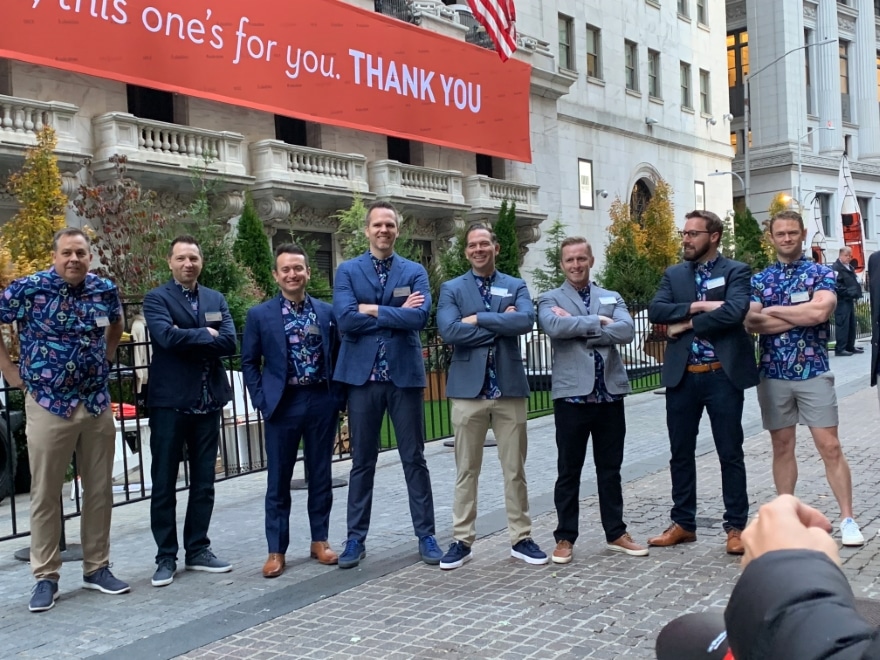 As Solo Brands expands its e-commerce, he adds compliance requirements expand, too. In November, the company launched a new Solo Stove website for the European market. It also opened a warehouse in the Netherlands and plans to launch international websites for Oru, ISLE and Chubbies in early 2022.

All need to comply with the European Union General Data Protection Regulations. For that, Christensen needs to ensure the company has proper processes in place to protect customer information and can answer customer inquiries, among other requirements. As 2022 arrives, Christensen is looking to integrate the new companies and build the legal team to accommodate the growth and future M&A.

“A lot of people working in law firms go in-house because it’s a better lifestyle. I’m probably working longer hours, but I’ve enjoyed being on this side of things,” he says, adding he’s also hired Call & Jensen LLP, where he used to work, to help with some intellectual property matters.

A native of the Salt Lake City area, Christensen is carrying on a family tradition with his career. His father was an attorney who successfully represented insurers against State Farm in the U.S. Supreme Court.

Christensen believed his career choices were attorney, doctor or dentist and he wasn’t into sciences. He earned his bachelor’s degree from Brigham Young University in international studies with a minor in Spanish in 2003. 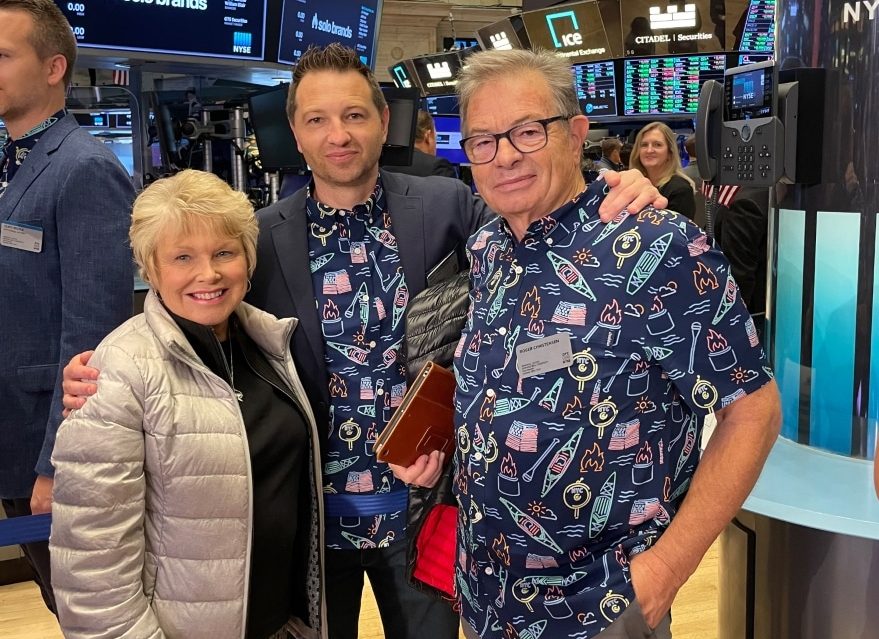 Kent with his parents at IPO

Christensen earned his J.D. from the University of Arizona’s James E. Rogers College of Law in 2007. He began his career at the Los Angeles firm of Heller Ehrman, but his tenure was brief as it went bankrupt during the Great Recession in 2008.

In May 2009, Christensen joined Call & Jensen, where he was a commercial litigator defending clients against claims in areas including class action litigation, employment and labor claims, and product liability. While at the firm, he was also named a “Rising Star” for eight consecutive years by Super Lawyers Magazine.

He was well-settled in his career and even enjoying working remotely when Merris called in early 2021 to talk about Solo Stove’s expansion into Solo Brands. Merris, whom Christensen had known for 20 years, said he was looking for a general counsel. Christensen said he could help him with some candidates.

However, he was the candidate Merris wanted. When Christensen visited the company, he was sold on its culture and future. However, his family, including four children, had reservations about leaving the Southern California beaches and moving to Texas. They didn’t join him there until August 2021, but are enjoying life in the Lone Star State, he says. 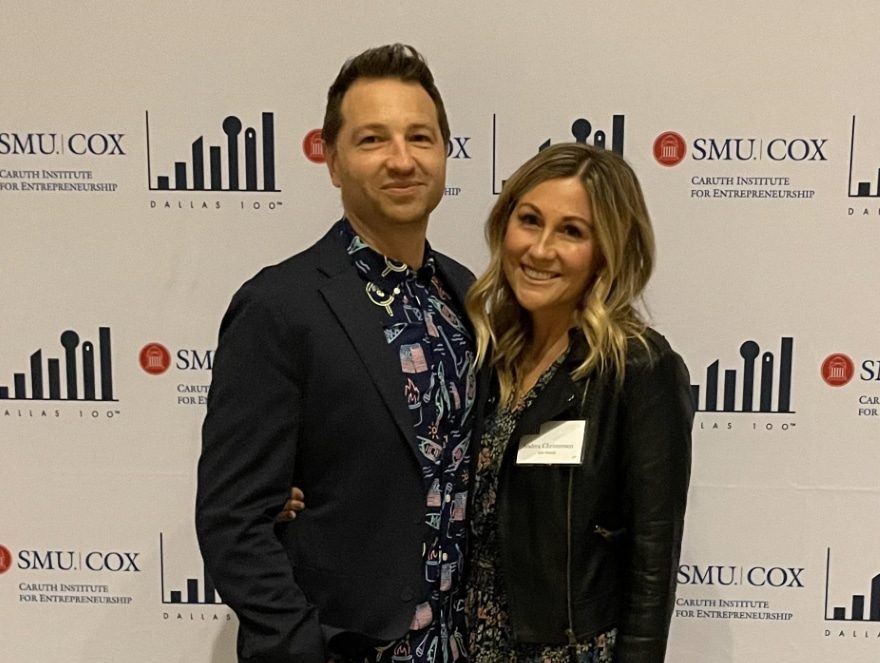 Kent with his wife at Dallas Top 100

“I was nervous about going in-house. I hadn’t expected to as I had always been a litigator,” Christensen says. “I wondered if my skills would translate. But I’ve found general litigation prepares you for whatever comes your way. It’s been a very exciting time. I’ve been able to learn a lot and I’m excited for the future.” 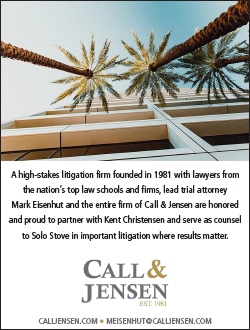