Drilling deep for a fulfilling career

Energy flowing from the Permian Basin in Texas runs west to east from Midland to Houston. Houston native Jeff Garrett’s career has run in the opposite direction, as well as up, down and sideways with the advent of horizontal drilling.

As an associate general counsel for Pioneer Natural Resources, Garrett helped the Dallas-based company build and maintain a vertically integrated set of businesses—a fancy term to describe the supply chain that guarantees Pioneer has the products and services necessary to explore for and produce oil and gas within the Permian Basin. 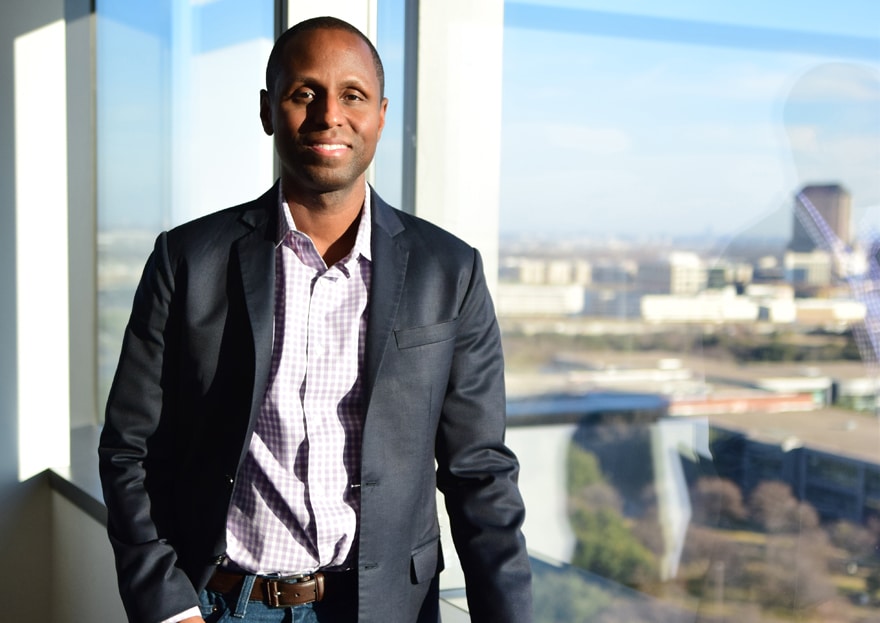 When market changes reduced Pioneer’s need for its own service companies , Garrett helped with the sale of Pioneer’s pressure pumping company and eventual shut down of its frac sand company and moved on to the oil fields themselves, as he works with the land and operations groups.

“I started here doing something narrow, and they gave me a chance to expand my skillset,” Garrett says. “When I get asked to take on an opportunity, I’ll say ‘yes’ and figure out the rest later.”

Stretching from the plains of west Texas to eastern New Mexico, the Permian Basin comprises two major basins the Midland Basin to the east; and Delaware Basin to the west. First drilled almost 100 years ago, the region is an energy trove, and once again a major hotspot for U.S. energy development.

Garrett explains this is due to discovering multiple subsurface layers or formations now accessible via advances in horizontal drilling technology. The result has seen production quadruple in eight years to an average of 3.4 million barrels per day in 2018.

With Pioneer still holding drilling leases that were taken out decades ago, it’s Garrett’s job to help carry on the longstanding legal work of  maintaining the company’s roughly 680,000 net acre position in the Midland Basin.

“When there is acreage we own that is either non-contiguous or contiguous but our ownership interest is low, there may have to be trades to unlock the most value,” Garrett says.

The advent of below-ground horizontal drilling—in layman’s terms, drilling down and then sideways—has tapped into those resources more efficiently, but even a company with 680,000 acres is far from owning the whole basin.

“My day-to-day is about working with clients who are trying to figure out how to obtain the most value in a transaction,” Garrett says. “There are multiple layers of shale that are profitable, all the more so because the lease burdens are low.” 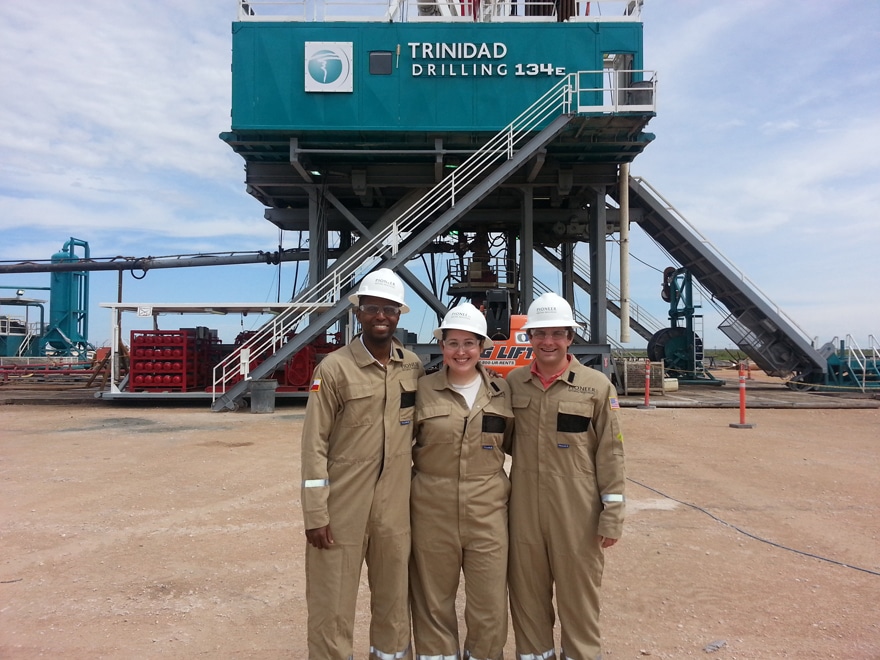 Garrett is there to shape the deals that bring the best returns. The math in the deals is complex—considering what the site will yield in comparison to production costs and existing lease royalty rates (royalties on production paid to the landowner) that can range from 12 percent to twice as much. There are multiple layers of shale—and multiple layers of ownership at play—as surface rights and mineral rights are separate legal distinctions in Texas.

With those variables at play, Garrett must also consider the return on investment—in both the near and long-term—in a commodities market where prices fluctuate. After domestic oil production soared through the middle part of the 2010s, the industry has been in more of a cost-cutting mode, with the level of outside investment on a steady decline over the last several years.

“Supporting our land team is really a place where you can see the value of the legal department,” Garrett says.

He’s also taking a forward focus to make sure Pioneer’s work is more sustainable. Garrett and the land and operations teams work with partners to obtain easements and rights-of-way to connect gas pipelines from sites, reducing the need to flare natural gas that doesn’t have the necessary infrastructure in place to be transported.

New deals are also structured with rights from surface owners for the construction of tank batteries and infrastructure that limits Pioneer’s emissions footprint, Garrett says, adding that when the company takes over facilities from third parties, he works with the company’s environmental group on the due diligence related to permitting and issues related to emissions.

Challenging as it is, Garrett says his current legal role is hardly the end of his upward climb as Pioneer is always offering opportunities to advance and learn. Though he actually works from Pioneer’s headquarters in the Dallas–Fort Worth area, Midland is about 75 minutes away by air, and Garrett loves the frequent visits he makes.

“I wanted to spend more time getting closer to where the activity is and building relationships with the clients at the core of our operations,” he says.

Taking challenges head on is a family tradition, he adds: His father was a revered coach in Houston, primarily football and basketball, but unafraid to take on new sports.

“I remember he started coaching soccer and we asked what he knew about it. He said he had gotten some books and he would figure it out,” Garrett says.

Garrett played basketball, including for the University of Texas at Dallas, where he earned a bachelor’s degree in political science and government after setting out to major in engineering.

“I always thought engineering would be the path for me, but you really need to be committed to the field to get through the high-level math and technical coursework,” he says. 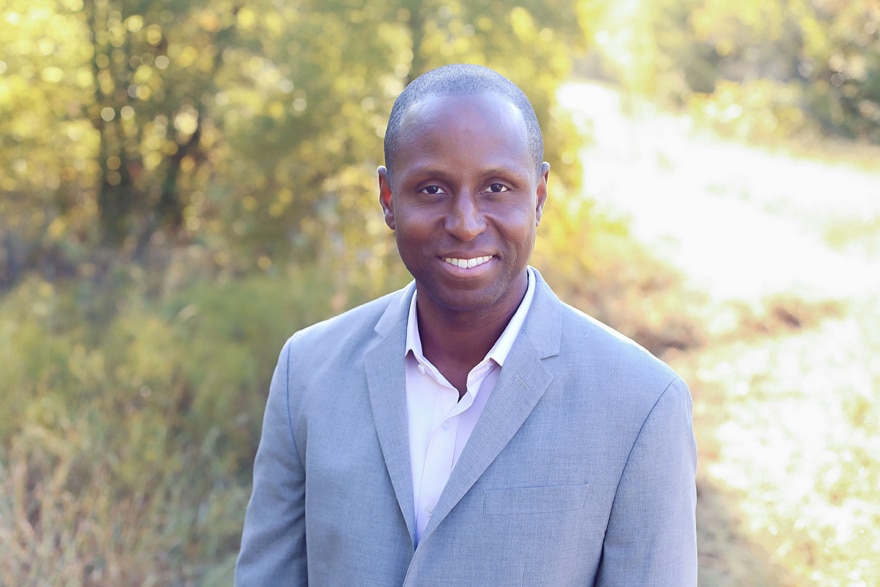 His father had wanted to attend law school, and encouraged Garrett in that academic direction. He earned his J.D. from the University of Kansas School of Law in 2008, with thoughts of immediately getting back to the Lone Star State.

Unlike many attorneys, Garrett has always worked in-house. His first job was as a transactional lawyer for the oilfield services industry for Baker Hughes in Houston, and he also analyzed and negotiated contracts for Nabors Industries before being hired by Pioneer in 2011.

Pleased to join a company known for its employee-focused and family culture, the move paid off for Garrett as his wife is also a Pioneer employee.

In addition to raising their two children, Garett and his wife are avid travelers. A particularly memorable trip took them to Southeast Asia, where about 50 members of his wife’s extended family greeted them when they arrived in Vietnam.

The couple also enjoy scuba diving—so much so, in fact, that Garrett saw fit to add another credential to his already sterling resume.

“Most people get certified with a dive in the ocean off Florida or something,” he says. “I got mine diving in Texas. Visibility was about four feet and all I could see was a catfish.”

Luckily, Garrett’s professional dive has proved much deeper (and more scenic). Though the thing he treasures most are the skills he’s learned along the way—and the people, too.

“A byproduct of this is it has given me an opportunity to work closely with most of the tremendously talented lawyers in the department and build relationships with multiple client groups throughout the organization,” he says. 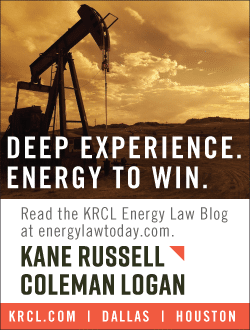