When it rains, it pours, but the strong endure. Such seemed the case at Western Express for much of 2020, the Nashville-based trucking and logistics operation faced with threefold adversity but keeping the big wheels rolling.

First were tornados sweeping through parts of Tennessee and adjoining states in early March, damaging and destroying some parts of Western Express’ sprawling headquarters in Music City. A couple weeks later COVID-19’s onset would complicate the trucking industry and so many others, its consequences including disrupted supply chains, a shortage of long-haul drivers, and new and often-changing regulations. Then, to fill out this unfortunate trifecta, the company’s computers were hacked. 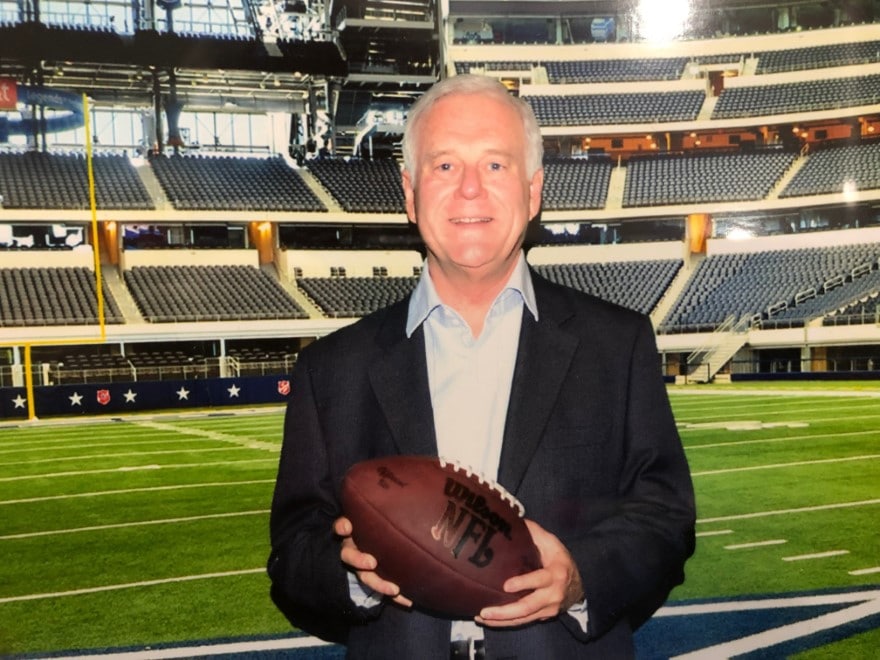 While it would be an exaggeration to say these were blips in business as usual, it might not be too far from the truth. The main building that had been reduced to one brick wall and exposed beams was back in place by year’s end, and other facilities that had been demolished were rebuilt. The technology was upgraded with redundant security safeguards, and the nationwide demand for freight of all varieties having resumed, business was again booming.

“Nothing less than the remarkable resiliency of our teams made it happen,” General Counsel Roland M. “Ron” Lowell tells Vanguard this past December. “Everyone worked so hard, and we stayed operational the whole time. It wasn’t just me.”

His modesty notwithstanding, Lowell had a strong hand in sustaining Western Express through those hard times, helping to lease another facility while headquarters underwent reconstruction and ensuring contractual arrangements were still honored. Then again, he had been handling such matters and more ever since called upon as a private lawyer to incorporate this company for his friends, the late Wayne Wise and wife Donna, in 1991.

“I had told Wayne, ‘I’ll join you in-house when you can afford me,’” recalls Lowell with a chuckle.

That milestone came in 2008. Prior to then, Lowell had had his hands full in private practice, with labor and transportation law among his strengths and his credentials enhanced in 1997 by scoring a $6 million judgment against American Steinwinter Inc. That German-based company having collected funds from investors but never delivering its promised state-of-the-art semi-tractor, Lowell ensured that justice prevailed “for and behalf of the people who are the bedrock of the trucking industry.”

The Western Express position has enabled him to continue doing so, the plainspoken Lowell goes on to say. Having bought a 10 percent ownership at the outset, he’s had every incentive to expand its operation. 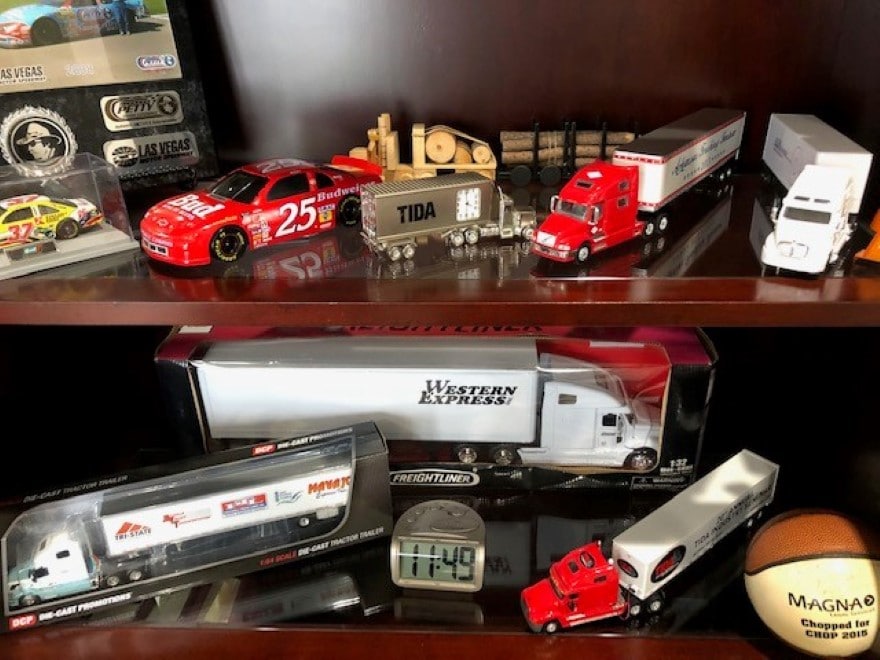 Early on he negotiated the purchase of interstate operating authority from the Federal Motor Carrier Safety Administration, which regulates trucking across state lines. That operating authority being the foundation for Western Express’ growth, he’s built upon it through corporate mergers, employment issues and real estate deals that recently included assembling four limited liability companies necessary to acquire four trucking terminals. He’s constantly reviewing and revising contracts with drivers and dealers of trucks and trailers.

He’s weighed in, too, as Western Express has equipped its fleets with onboard analytics that spare drivers manual entry time while allowing the company to better monitor its operations. Lowell and his three-member legal team knowledgeable about infotech, they’ve lessened the chances of another hacking.

“The future looks really good,” he says. “We’re expanding all the time as far as gross sales, adding people and increasing our ability to serve our customers. This is probably the best financial time we’ve ever been in.”

Just how much longer Lowell will be part of Western Express remains to be seen, and he is past retirement age. Wayne Wise succumbed to heart issues in 2011, and while the company has prospered, Lowell and so many others miss their old friend.

A Vanderbilt Law School graduate, he recalls how prior to the feds deregulating the industry in 1980 and the states responding in kind, a prospective operator faced long odds competing for the rights to transport a certain commodity in a restricted territory. A case had to be made for a public need, with the International Brotherhood of Teamsters joining established trucking companies in standing fast against newcomers.

“Their [Teamsters] business agents were very colorful and powerful,” Lowell says. “But there was something I enjoyed about negotiating contracts with Teamsters: You could count on whatever they said would be done. They kept their word.” 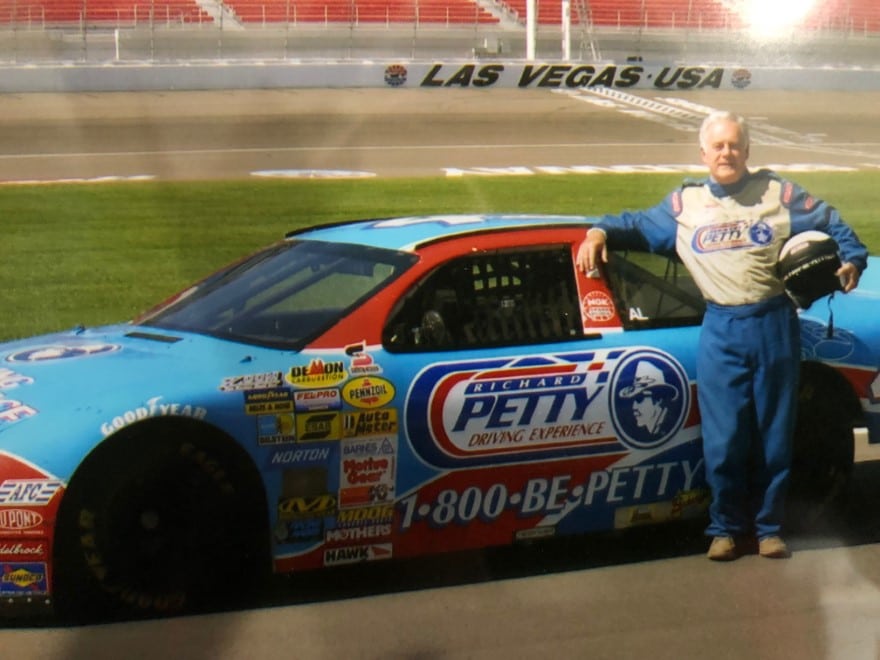 How the industry changed after deregulation, with a Wild West environment filled with new contenders scrambling for market share. Wise was among them, and when Lowell inherited the case, the two became fast friends. The then-startup became an industry heavyweight and still privately owned with its Nashville base augmented by satellites in Pennsylvania, Iowa, Connecticut, California and Virginia. Its fleet has grown to more than 3,000 cab tractors and 7,500-plus trailers that carry goods in 48 states.

Lowell can credit much of that growth when he finally retires to his home overlooking Old Hickory Lake, the same waterway that reflected Johnny Cash’s 14,000-square-foot mansion which burned to the ground in 2007 while under the ownership of Barry Gibb of Bee Gees fame.

Lowell being the owner of two boats, he’s sure to enjoy the downtime whenever he decides he’s ready. An Indy Car fan, he’ll have ample opportunity to enjoy the races, what with Tennessee being prime territory for racing and the Music City Grand Prix.

But, as he reminds, there’s still work to be done at Western Express where plans include expanding the use of technology and onboarding more of it onto trucks. The trials and tribulations of 2020 in the rear-view, the road looks smooth but should issues arise anywhere, Lowell’s nurtured a dream team of lawyers nationwide.

And in the trucking industry, lawyers can be just as essential as the drivers.

“Every single aspect of the operation is connected with legal in one way or another,” Lowell says. “It’s really a skeleton or backbone of the company.” 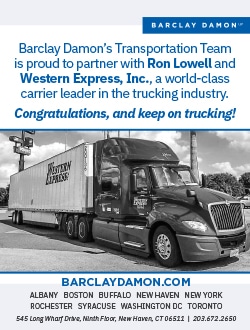