Starring behind the camera

Sadder but wiser? Well Tori Locklear never seemed that devastated—just bemused—back in 2012 when the then-precocious 13-year-old attempted an online hair-care tutorial and accidentally burned off much of the right side of her locks with a curling wand.

Seven years and more than 52 million views later, Locklear continues to take it in the best of humor, her shiny blonde hair having grown back and she having made much more than a pretty penny since that 1:49 YouTube video went viral. 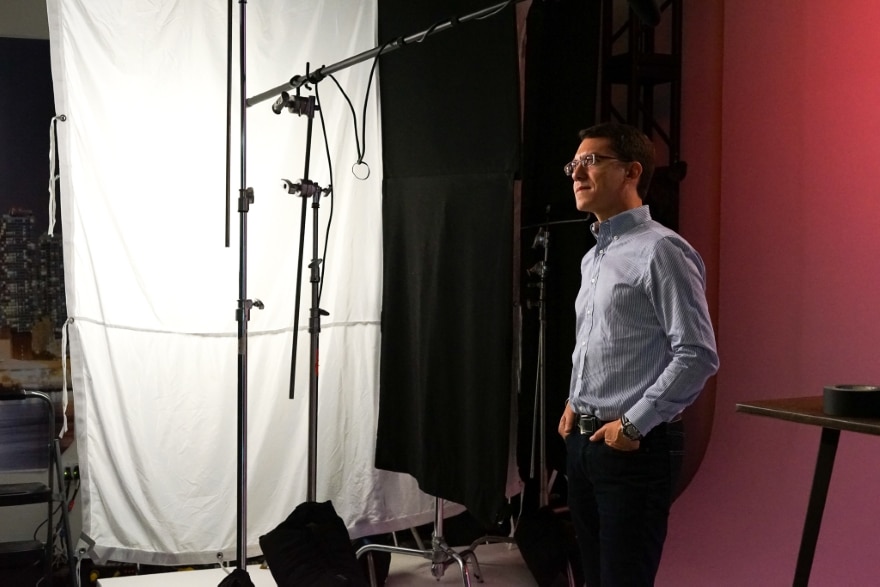 Pantene sought out Locklear to pitch Rescue Shots, its single-use conditioner that strengthens hair after color and heat have left it listless. She’s appeared on “Ellen.” She’s leveraged her social-media stardom toward a singing sideline that might become a career.

For much of her recognition, the now 20-year-old Locklear can give ample credit to Jukin Media, the Los Angeles-headquartered company that bills itself as the global leader in user-generated entertainment. Her “Burning My Hair Off” video is among the 60,000 or so for which the company has acquired the rights.

It’s just one of the many mutually beneficial relationships Jukin Media has forged with its video clients, though not all of them will achieve Locklear’s prominence. However, it’s still a lot of copyrights and trademarks for the legal department to safeguard—and in sort of a Wild West atmosphere to boot – while managing hundreds of business relationships and offices in Los Angeles, New York, London, and New Delhi.

“One thing that sets apart our business is its diversity of revenue streams; we’re not beholden to one client or one type of business,” says Joe Moschella, who since 2014—around when Locklear’s hair had grown back—has been managing Jukin Media’s legal matters, business deals, and corporate operational issues.

“So many people want us to represent their videos, which run the risk of being copied or stolen. As a result, we generate revenue as a business from licensing and distribution, but we are also unafraid of offensive copyright litigation when necessary. It’s not what we want to do every day, but we’re very good at it.” 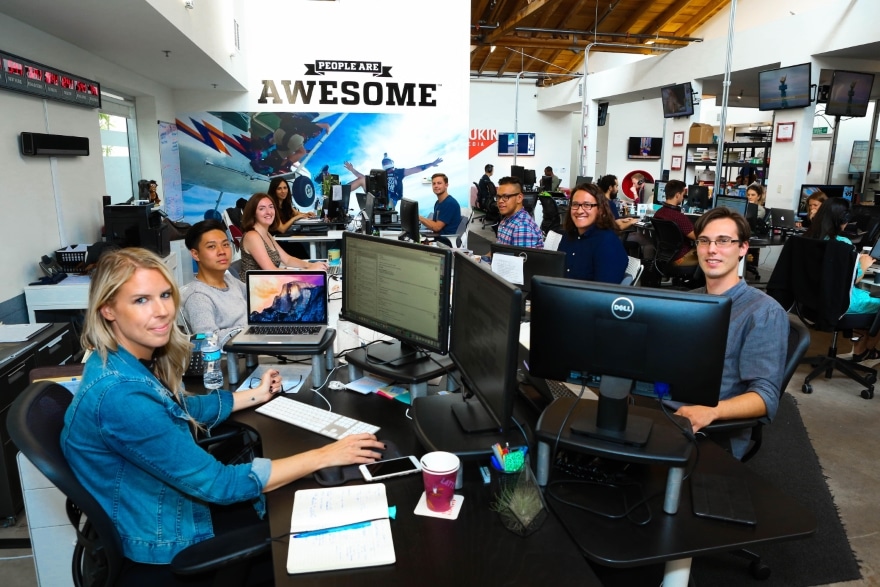 Without going into too many specifics, Moschella says his department makes ample effort to reach agreements outside of litigation, and a big part of that can be educating an intellectual property infringer. Sometimes it’s a matter of ignorance, the infringer not knowing what is and isn’t subject to a fair use defense for example, but more often, it’s just negligence – the infringer not caring or wanting to pay a license fee.

“Other companies might be able to be more lenient with their content, but we don’t necessarily operate that way,” says Moschella, who supervises a rights management team of around 25 in addition to a couple of lawyers and a paralegal to tend to business matters. “So many infringers feel they can fly under the radar, but we’ll confront them as quickly as possible, because we have a duty as the representative of the videos’ original owners.”

When not occupied by copyright matters, Moschella can focus on Jukin Media’s thriving business side. That’s come to include digital distribution deals, international legal and operational issues, production, and the privacy concerns that arise from volumes of submissions arriving daily in an online portal with clearly defined terms of service and submission.

Then there’s the company’s expanding presence on the so-called over-the-top platforms that broadcast over the internet, thus sparing viewers the need for cable or pay TV. OTT’s among the trends of modern media, Moschella explains, a new generation—the cord cutters—getting their entertainment in a manner that their elders couldn’t imagine. 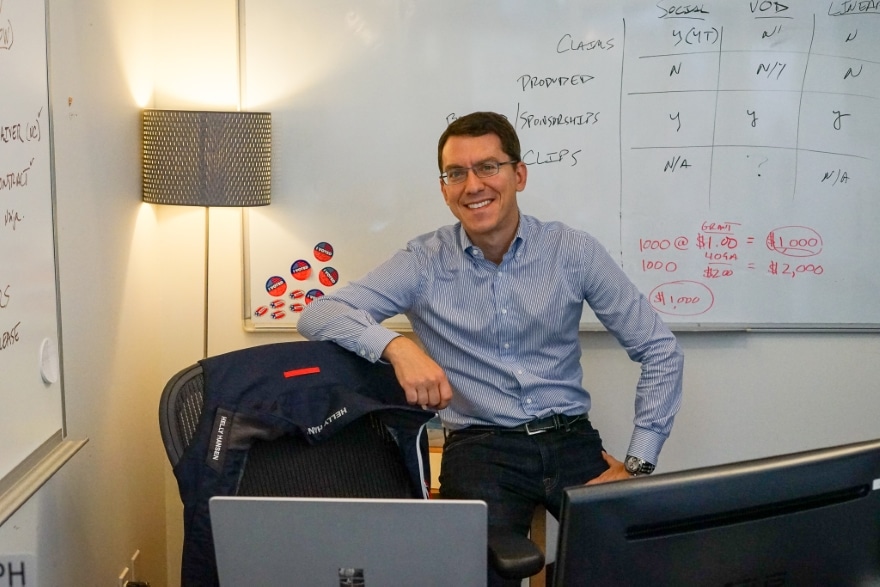 Jukin Media is reaping the benefits, with Moschella having consummated over 30 such deals for streaming linear channels and video-on-demand services, securing seven-figures in revenue that didn’t exist a year ago. One can find numerous channels that the company runs and manages on such outlets as Pluto TV, Roku, and Comcast, all of which stream Jukin Media’s content 24/7.

Building that content, securing the rights and selling commercial time will consume much of Moschella’s time and energy for the next year, his role being as much businessman as general counsel.

“We’re moving the business forward at a pace that is uncommon with the media industry,” he says. “Our business is both nimble operationally and flexible with how we offer content, so we can move quickly to new platforms and adapt to older models as well.”

Whatever might intrigue viewers, chances are Jukin Media can supply it to such high-profile customers as Fox, HuffPost and Daily Mail, as well as to its own TV shows that air worldwide. While the business originated in an acquisition of viral videos, Jukin Media has built a production staff that can create original programming using viral videos as a base, or as a jumping-off point for new ideas. Its “People Are Awesome” brand, for example, has created original works such as “Fly Guys” and “The E/O”, which don’t contain viral videos but target the same audience and live in the same genre.

Nevertheless, Jukin Media’s viral business remains strong, and it’s always willing to capitalize on what its acquisitions team believes is the next big hit. Among the more famous: The so-called Pizza Rat that in 2015 became an internet sensation when New York City comedian Matt Little recorded the rodent tugging a slice down the steps of a Manhattan subway station.

Then there’s one of a home security system filming a cat coming to the rescue of a boy being attacked by a neighbor’s dog. A four-minute viral video, known to the public as “Chewbacca Mom,” became the most watched Facebook Live segment recorded in 2016, though some might wonder what the attraction was about a 37-year-old woman wearing the mask of a “Star Wars” character.

But entertainment has always been subjective, and Chewbacca Mom just struck a chord, as did Ms. Locklear and one of the Big Apple’s millions of rats. When it comes to protecting those individuals, Moschella’s defense won’t rest.

And all of this has been a good fit for the 39-year-old Moschella, who’s combined his University of Wisconsin Law School degree with a Cornell MBA and extensive practical experience in technology.

“I enjoy operating outside of the siloed atmospheres of law firms, and the diversity of my 15 years of experience works very well for this business,” he says. “But the firms were great training, and I think a necessary predicate to a successful in-house career.”

Though at Jukin Media he can learn still more. Including how not to curl  hair. 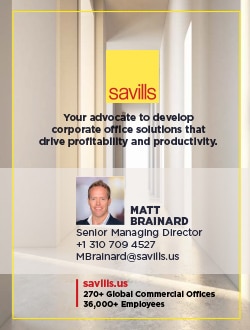