In 1988, when Joe Slavens joined the family business, Northwest Bank and & Trust Company, there were more than 15,000 small, community banks in the U.S. Today, Slavens estimates there are closer to 5,000.

Since Slavens joined, Northwest Bank & Trust Company has gone through a labyrinth of challenges in order to survive and serve the eastern Iowa and western Illinois region, known as the “Quad Cities.” “The difficulty of that survival is certainly evidenced by the fact that 10,000 institutions didn’t make it,” Slavens says. 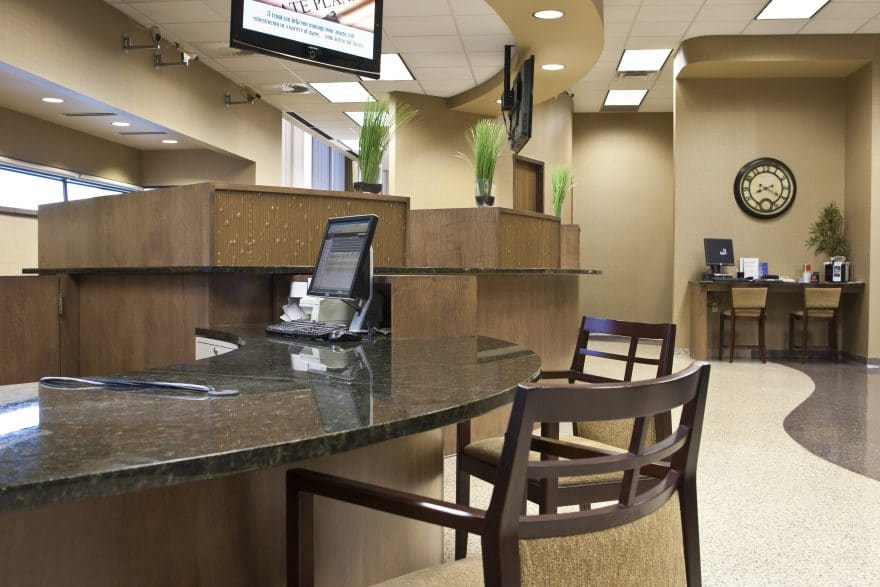 For Slavens, who is president, CEO and general counsel, it’s about more than keeping a bank running. It’s about maintaining business that his grandfather first invested in in the 1960s. It’s about personalized service and advice customers expect from their local banker.

In the 1930s, Slavens’ grandfather and great-grandfather were barbers in a small town in Iowa. The town only had enough business for one barber, so Slavens’ grandparents loaded their belongings and their one-year-old son, Slavens’ father, into their car. They drove until they found a town that needed a barber.

Slavens’ grandfather was a resourceful man. Before long, he started selling repossessed cars. Then he got a job with Goodyear Tire and Rubber Company. He was fired for accepting a horse in trade for tires—though he made money for the company after selling that horse—and started his own tire and appliance store. Most people buying appliances were building homes, and he saw an opportunity to enter the construction business.

Generations later, the Slavens family owns 83 percent of the bank—the bank’s employees own the remaining 17 percent through an ESOP, or employee stock ownership plan—and the bank’s mission statement pays homage to Slavens’ grandfather. The mission statement reads: combine years of experience with an entrepreneurial spirit to create better solutions.

Both Slavens’ father and uncle went to work at Northwest Bank &Trust Company, and both were lawyers. Slavens followed in their footsteps; he joined the bank right out of law school.

“I inherited an incredibly complex corporate structure for a small organization,” Slavens says. The bank is publically traded but it also has a holding company that owns 81 percent, so it has the benefits and burdens of both public and private ownership. Slavens’ legal background, along with help from outside advisors like the attorneys at Nyemaster Law Firm, helps the bank navigate that complex structure.

Slavens’ father had two children, and his uncle had three children. All of them owned shares in the bank, and many of them developed other business interests as well—like a real estate data processing company owned and run by some of the Slavens family. In the 1990s, the family decided to reorganize its family ownership, allowing individual family members to pursue those various businesses interests.

“A lot of businesses, I think, would have looked at this and thrown their hands up,” Slavens says. “They either would have had civil war, or had to sell, and so we were able to avoid civil war in order to keep everybody in the line of business they were interested in.”

Many businesses would have thrown their hands up for another reason too: regulation.

Since Slavens’ grandfather first invested in the bank, the banking industry has added layer upon layer of regulations, which Slavens calls “death by a thousand cuts.”

“Each individual piece of legislation and regulation requires a certain level of effort, none of which individually are monumental, but when you add them on top of each other, they are substantial,” he says.

Northwest Bank spends “an immense amount of resources” understanding the regulations, implementing processes to address them, auditing the process internally, hiring outside auditors and then making adjustments when necessary.

In his ideal scenario, regulations would be tiered so that small, local banking institutions like Northwest Bank wouldn’t be held to the same strict standards that the country’s largest financial institutions are held to.

“It’s overkill for us to have the same rules that apply to a Wells Fargo,” Slavens says. “The level of complexity is far greater; the risk they present to the public is far different.”

In Slavens’ eyes, Northwest Bank & Trust Company is more similar to its customers than it is to the country’s largest banks; community banks and their customers are on the same side.

“Our interests are legally and financially and emotionally aligned,” he says. “We’re just in this big world together, the community bank and our neighbors and friends right here in the same community.”

In another instance, a young couple came to the bank looking for a home mortgage loan. After learning more about the couple’s goals, careers and families, Northwest Bank advised them that it would actually make more financial sense to rent for the time being.

“They really didn’t know how long they were going to live in the area, and when you looked at the effective cost of owning versus renting, the value of ownership is over a long period of time,” Slavens says. “If you buy today and sell tomorrow, you lose money.”

Often, the bank is one of the first places community members turn to for advice after hardships.

Often, the bank is one of the first places community members turn to for advice after hardships. Across from the bank, there is a small strip mall with a restaurant that’s been owned by another family for more than 30 years. The restaurant recently had a fire, and almost as soon as the fire was put out, the owner of the restaurant was in the bank asking for advice. Should they rebuild in the same location, build a new location or rent a space?

“That’s what a community banker is able to do,” Slavens says. “We don’t simply mark an application approved or denied; we sit down face to face with customers, come to understand both their goals and the obstacles they face, and then walk alongside them providing guidance to help them navigate life’s challenges.”