Staying comfortable outside of the comfort zone

By 2015, Kathryn Stalmack had reached a comfortable place in her career. She had made partner at a prominent healthcare practice in Chicago, Polsinelli PC, earning the firm’s trust and building her own client base.

“I loved my job and I was working for one of the best healthcare firms in the country,” she says.

So when one of her clients asked her to put her name in the hat to replace its retiring general counsel, she initially declined. The client, BioScrip Inc., was one of the country’s largest nationally-based home infusion providers, administering medication to patients intravenously and offering in-home nursing services. 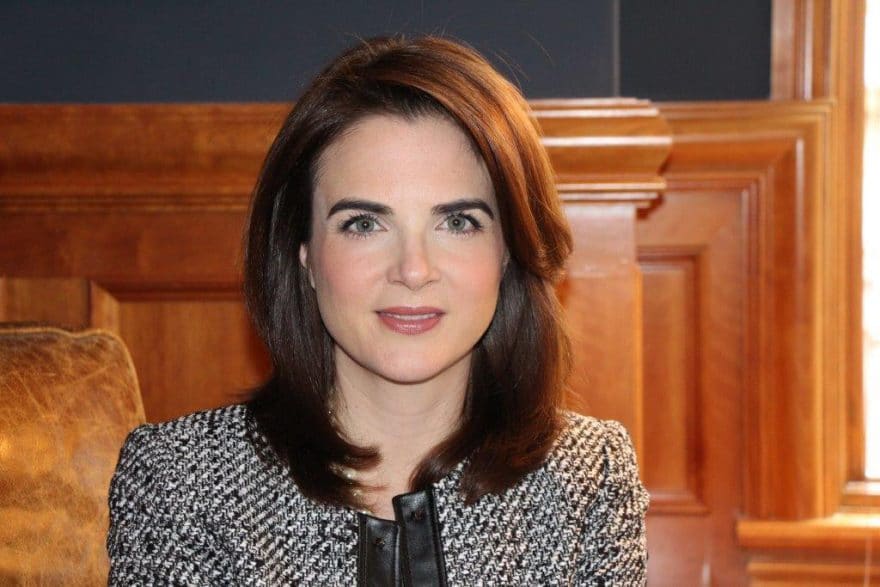 Though it was doing fascinating work, the company was also entrenched in internal reorganization; Stalmack had to ask herself, why take the bumpy road less traveled?

Shortly after saying “no,” Stalmack listened to a public speaker who argued that people are never truly successful unless they step outside their comfort zones. That struck a chord, and Stalmack reached out to BioScrip to be considered for the position. After interviewing before the board of directors in New York, she accepted the job of BioScrip’s new senior vice president and general counsel.

“I was scared to death, but I knew it would launch me into a new and exciting area of my career.”

“I was scared to death, but I knew it would launch me into a new and exciting area of my career,” she says.

Once she took the plunge, Stalmack wasted no time stepping into uncomfortable territory. One of her first moves as general counsel was to reshape BioScrip’s legal department by hiring several of the attorneys she had competed against for her job.

“I knew I wasn’t going to hire someone to be my best friend, or hire someone weaker than me so they wouldn’t threaten my job,” she says. “Rather, I wanted the strongest candidate who would meet BioScrip’s needs.”

She ended up hiring Matthew Dexter, a former litigator with commercial, corporate and securities experience, as well as Diane Gross, a former hospital general counsel with 25 years of experience in the industry, precisely because they had knowledge and experience that she didn’t.

“You have to know your strengths and weaknesses so you can hire people who will complement you,” she says.

Her willingness to make decisions in the interest of the company, even at the expense of her own comfort, has proven to be a more important asset than any of the experience or trade knowledge she brought to the position.

By having a clearly defined in-house legal department to handle common duties, Stalmack has reduced the company’s reliance on outside counsel and uses them to complement her internal team, often significantly reducing the company’s legal costs.

For example, she brought in Sean Griffiths from Gibson, Dunn & Crutcher to handle the company’s recent acquisition of another home infusion provider. She calls Mr. Griffiths “one of the best M&A lawyers out there,” adding that she “would be terrified if he were on the other side of the negotiating table.”

Stalmack also praised Kirkland & Ellis, who handles much of BioScrip’s significant litigation, for their efficient handling of complex securities matters.

“Talented and experienced litigators such as Joe Serino and Shireen Barday drastically reduce my anxiety level because I know I hired the best,” she says.

Stalmack adds that working with firms that have a strong institutional knowledge of Bioscrip is key.

“Attorneys like Scott Zimmerman, who leads the team at Dechert have taken a personal interest in Bioscrip’s success and that’s the type of firm I enjoy working with,” she says.

While learning the traditional, legal ropes of being a general counsel, Stalmack has been thrown some political curveballs.

When Congress passed the major biomedical bill, called the 21st Century Cures Act, in December 2016, it significantly cut Medicare reimbursements for certain drugs used by the home infusion industry and entirely cut the Medicare benefit for the company’s clinical services until the year 2021. The result meant that  companies like BioScrip would have to wait four years to be paid for their services, including traveling to and from patients’ homes, drug delivery, administering medications and using infusion therapy-specific equipment.

The legislation will affect nearly 6 million high-risk cardiac patients receiving care in the home. If home infusion companies like BioScrip cannot profitably service those patients, they will need to turn to hospitals for infusions. And Stalmack points out that an average monthly hospital stay is $90,000 compared to the $10,000 per month cost of comparable home infusion services.

However, Stalmack sees the legislation as another opportunity to succeed, despite uncertainty and risk. She says BioScrip has brought in a team to advocate on their behalf before Congress, and are actively working to advance the start of clinical services reimbursements.

She says the legislation “pressure tests the strength of the company” but adds that it’s “a perfect example of how BioScrip’s business remains resilient even in the face of significant cuts.”

The listener becomes the speaker

Stalmack’s other duties include supporting and training staff in the sales, reimbursement and operations departments. Recently, she delivered a presentation at the company’s national sales meeting where she encouraged staff to “identify where you would never see yourself going and then start to go there.”

It’s fitting that Stalmack, who was inspired to join BioScrip by a motivational speaker, now trains her staff by delivering a similar message, one that the most recent portion of her career has embodied.

She says risk taking alone didn’t get her where she is. Support from fellow executives, especially BioScrip’s CEO, Daniel Greenleaf, helped her develop her management style. She adds that the relationships she has formed with both Greenleaf and the executive team have reaffirmed her own efforts to become a leader, and most importantly, one with equal standing to her male counterparts.

“I could not be as successful as I am without Dan’s leadership and trust and his treating me as a complete equal,” she says. “He is the embodiment of an executive who leans in and I am grateful to be part of his team.”