Documenting the devil in the details 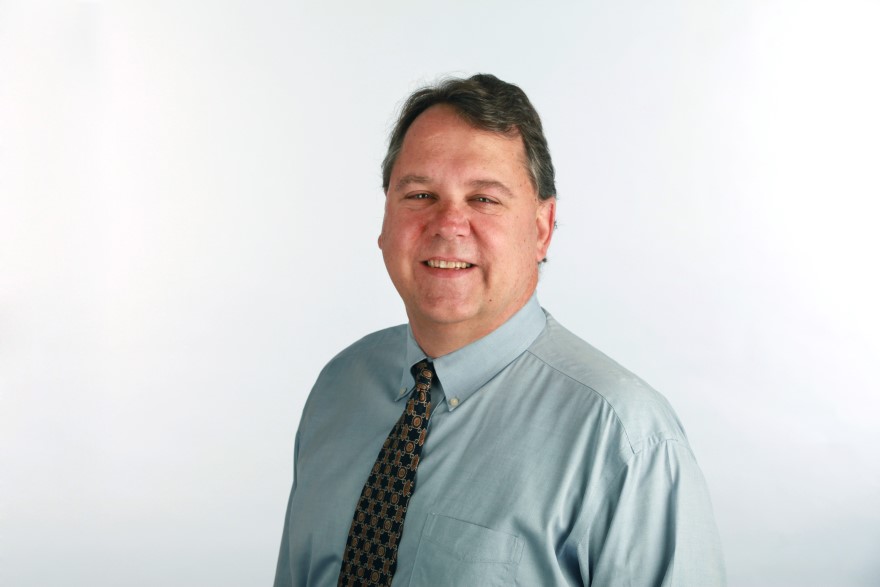 Having a new CIO who understood the benefits of—and was familiar with—the latest contract tracking database system was a boost to the legal department at the Carbondale, Illinois-based healthcare system, particularly following the recent installation of the EPIC electronic medical record system.

Now with protocols in place, Daly has been able to apply the contract tracking software to all departments, allowing his team, paralegal Lori Gettinger-Fiene and Associate Counsel Patrick Brewster, the opportunity to track and review contracts before they are signed to ensure that the person signing has the proper authority to commit system resources.

“At first we got pushback because of the new process,” he says. “But people are now starting to see the value in the new system and realizing that the protocols are protecting them.”

To start the process of change, Daly had to get a handle on contracts and database management for all departments within a three-hospital system with 4,500 employees. The goals are to prevent a lapse in coverage; make sure there are no erroneous charges; limit liability; and comply with federal and state regulations. 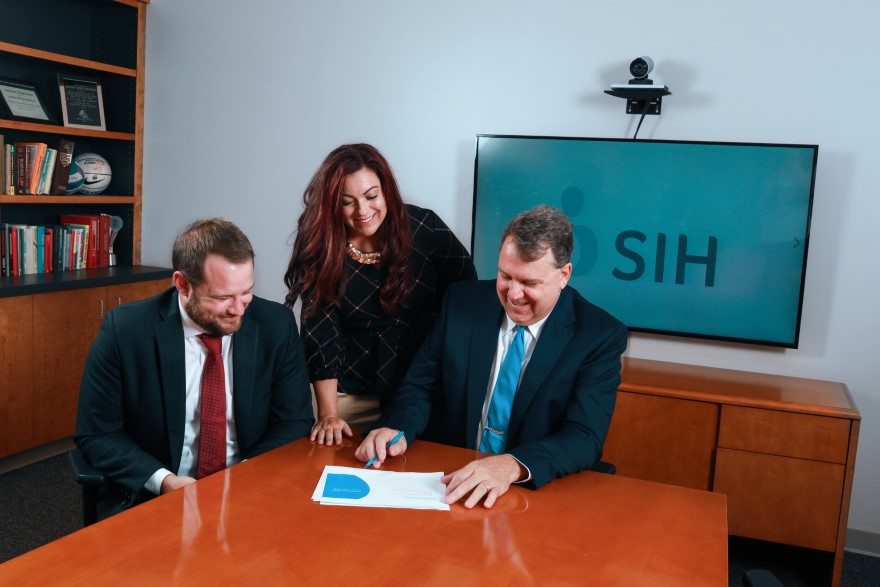 From a financial perspective, Daly says it was important to set financial boundaries on who could sign for what.

“Our system has an executive limitation matrix which sets out the monetary limit for which executives may bind the corporation,” he says. “As a system, it was decided that contracts for under $25,000 needed less oversight.”

But it’s the big ticket items, he says, that were more concerning—such as construction projects, service contracts and equipment purchases. Now, these larger requests are funneled through the audit compliance and legal department to ensure that the person signing the agreement has the decision-making responsibility—and, if warranted—signs the contract with the finance committee or board of directors’ approval.

“Now, with set parameters, it’s a matter of monitoring to be sure each department consistently complies,” he says.

In the past, contracts coming up for termination or renewal could be overlooked because there was no centralized database, opening SIH to the possibility of unnecessary liability.

“We had situations where the department was no longer using the services of the vendor or the contract termed, but we continued to pay for them. Either way, we could be losing money and opening ourselves up to liability,” he says.

In terms of employment contracts, needs have changed since Daly joined SIH 13 years ago, when he was busy completing the acquisition of a clinic with 11 doctors. At that time SIH had only 5 employed physicians. Now there are more than 350 employed physicians and advanced practice providers, and Daly says the latest technologies help keep pace with regulations and prevent fraud and abuse.

“Due to the potential penalties we are focusing on ensuring compliance,” he says.

For instance, the program will send out reminders to the responsible employee as to when a contract is about to expire, with follow-up notices and escalating messaging. It will ensure that SIH will be compliant in its contract process.

“If it’s not updated in the system, people won’t get paid,” he says.

Keeping tabs on contracts is one way SIH is managing its money. And every penny counts in the wake of COVID-19. Due to the pandemic, Daly says SIH lost more than $22 million during a three-month period when elective surgeries were put on hold. In addition, some clinics were closed temporarily. That meant SIH had to furlough close to 1,000 people—some of whom only recently came back to work.

“With many of our employees working from home, we found we could fix many problems through technology and automation, and it’s also of benefit to go as paperless as possible,” he says. “Some of these changes have had positive effects on the organization.” 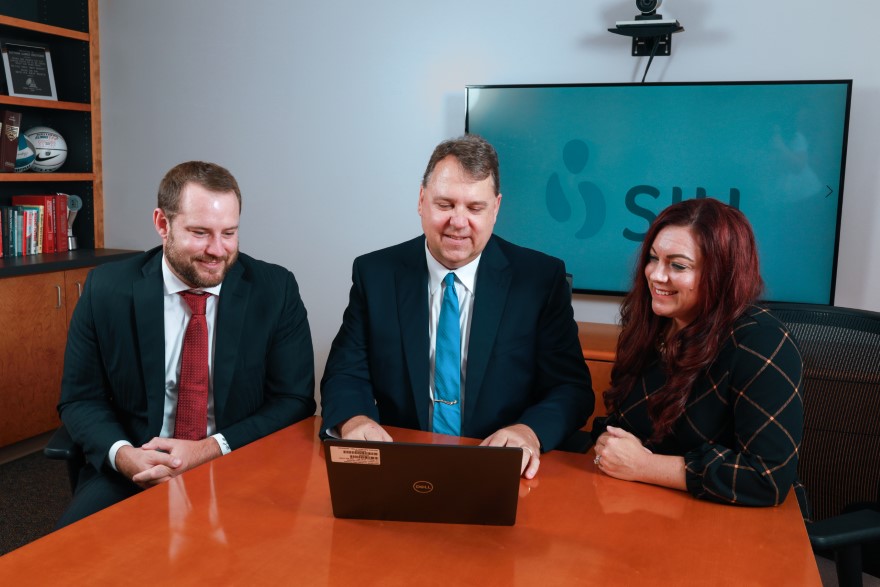 It’s another positive step in the organization’s development since he came on board as associate general counsel. But Daly is the first to admit he never predicted his career path would lead him to law.

This former trumpet player entered Southern Illinois University as a music major and exited with a degree in accounting in 1990. Likewise, his career developed in a roundabout way, he says.

His first postgraduate job led to a two-year stint in factory work, due to an economic downturn. He decided to go back to school where he earned a master’s in accounting in 1994 and his CPA license. One of his former professors—who would later become his boss—convinced him to go to law school and he received his J.D. in 1997 from Southern Illinois University. 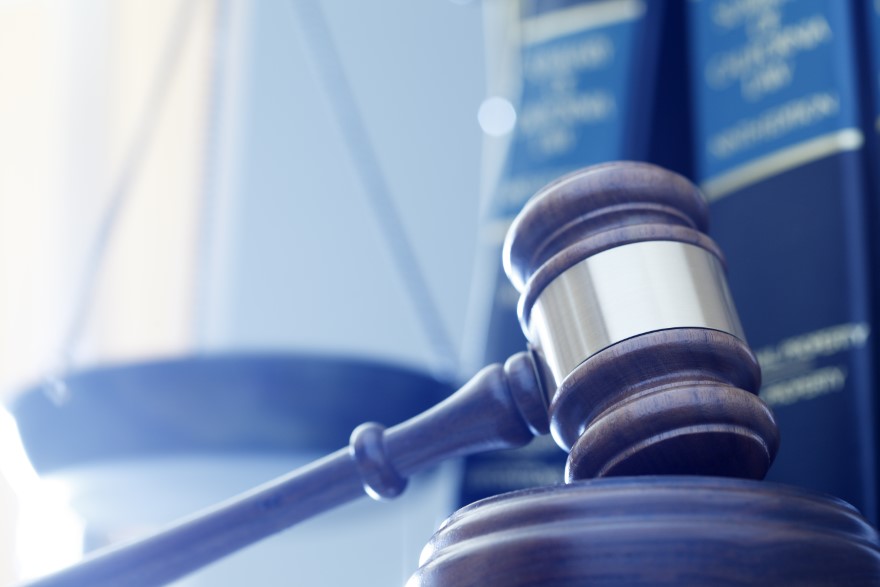 Putting all of his skills together as an associate attorney at Feirich/Mager/Green/Ryan in 2000, he spent seven years handling everything from collections to estate planning—and SIH happened to be a client of the firm. When it needed additional legal help, he was recommended for the position given his tax and accounting expertise.

“I had never been involved in health care, but I knew how businesses worked,” he says. “While the subject matter is different, health law isn’t a whole lot different than tax law; it’s just as highly regulated by federal and state agencies.”

The work, he says, is refreshing. He even saw the inside of a courtroom where he argued and won two cases in the Illinois Supreme Court—something his wife, a federal magistrate judge, can’t claim. And he has happily found time to coach his son’s wrestling team.

“It’s nice to not worry about logging in billable hours,” says Daly, who was promoted to vice president and general counsel last October. “Here I can devote time to work on a problem and make a difference.” 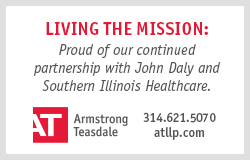