When Marvin Levine came to General Growth Properties (GGP) in 2011, it was a company long overdue for a change. Having recently emerged from bankruptcy proceedings that saw the real estate investment trust’s share price fall by 97 percent over a six-month period, Levine and incoming CEO Sandeep Mathrani were eager for the chance to rebuild the business from the ground up.

“We were effectively getting on a submarine that had only one direction to go, and that was up,” says Levine, chief legal officer and executive vice president at GGP. 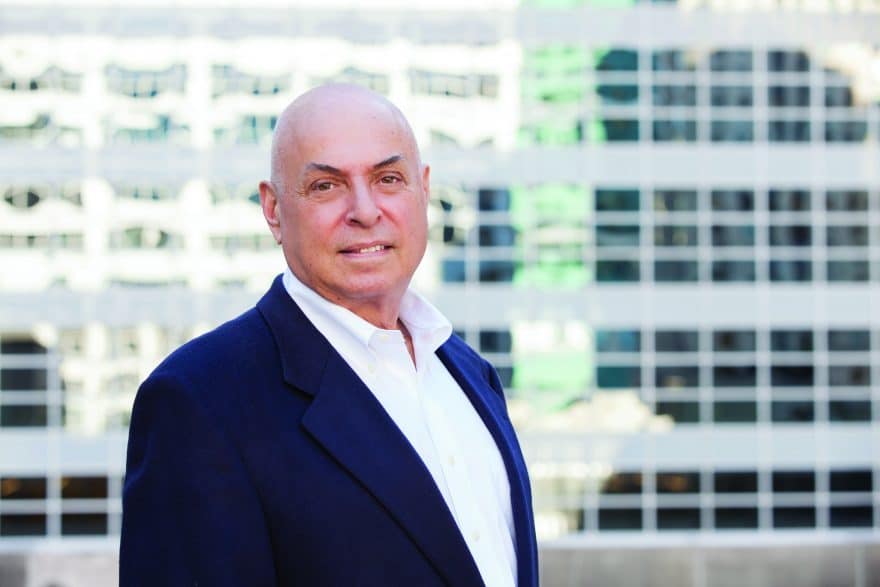 Having worked with Mathrani throughout the years while specializing in real estate law at a number of large New York City firms, Levine was eager to take on a new type of legal role while working alongside a close personal friend at the Chicago-based company.

“I was not in a positon where I really needed to work anymore and I knew Sandeep  to be a very driven, intelligent and hardworking person, so I knew getting on a management team with him would be an exciting adventure,” he says.

Starting from the bottom

Known primarily for its shopping malls holdings, GGP is an S&P 500 company which owns, manages, leases and redevelops high-quality retail properties. The company was in a state of flux at the time of Levine’s arrival when it owned 185 malls, 60 shopping centers and a handful of suburban office buildings across the country, employing more than 3,000 people in total.

With the arrival of the new executive team in 2011, GGP decided to consolidate its portfolio, shedding underperforming retail properties and the company’s office building holdings in a bid to refocus its efforts on its most profitable shopping centers.

“It was just all over the place,” he says. “It was a big organization with no direction.”

The reorganization required the new executive team to answer a seemingly basic question: what kind of company did GGP want to be? With disparate holdings across a number of retail sectors ­ — malls, shopping centers and retail office buildings — the team knew that it would have trouble turning the ship around unless they refocused on becoming particularly adept in one specific area.

“We decided we wanted to be an ‘A’ mall company, so for the first several years we focused on selling off the great many malls that we found to be C-rated or underperforming,” Levine says. As part of the housecleaning effort, GGP also unloaded its strip mall and suburban office building holdings, cutting the fat from the balance sheet and preparing the company for a new future.

In addition to selling off lower-grade and underperforming properties, GGP spun off 30 mall properties into a new public company called Rouse Properties in 2012 and reduced its employee ranks from 3,000 to less than 2,000.

Today, the new, leaner GGP has 125 mall properties to its name, the majority of which are Class A, a category defined by having more than $600 in annual sales per square foot. “We’ve really positioned ourselves to be in the right market going forward. We now have 80-plus malls that are Class A and the rest we consider Class A because they’re the only malls in their geographic area, so they still control the market,” he says.

Levine credits GGP’s ability to quickly and efficiently make such difficult decisions to the uniquely close-knit nature of the company executive leadership team. While all sales and purchasing judgements are ultimately by GGP’s CEO and chief financial officer, every member of the team has a say in the process.

“We really have a lot of respect for each other in what we do and as a result, we have become very close friends. Others can see that and it’s had a great effect on the culture of the company,” he says.

This period of dramatic change extended to Levine’s own legal department, which was similarly bloated and underperforming when he took over in 2011. “We had too many layers of people, with one reporting to the next, reporting to the next and so on, so I removed a couple of layers from the reporting process and it turned out we had more people than necessary,” he says.

Taking a lesson from his time as a managing partner in the law firm realm, Levine also focused on creating career paths for legal department employees who had previously not seen a clear path for advancement.

“I think it’s important for people to feel that if they put in the effort, they can move up in the organization and I found that some people were cruising on their past rather than pursuing a future. Giving hard-working, lower-level employees a chance to stretch and move into new roles has been one of my most successful decisions and people have really risen to the occasion,” he says.

This new, streamlined legal department was organized into five distinct focuses, with usually no more than one legal profession reporting in to Levine on their assigned topic. These areas include leasing, compliance, insurance, a general practice which handles litigation and tenant eviction proceedings and a real estate general practice group which deal with legal matters around sales, acquisitions, financing and relationships with department stores.

As chief legal officer at a large company with a 75-person legal team, Levine’s role at GGP contrasts dramatically with the everyday life as a partner at a law firm. “In this role, I wear two hats – lawyer and business advisor. I use my knowledge of the law to help other areas of the company run their business,” he says.

This role requires Levine to be on-call at all times to answer the questions so vital to GGP’s continued success. While many of the questions posed to him already have an obvious and well-understood answer, it’s Levine’s job as top legal professional to inject a sense of weight and authority into the proceedings.

“95 percent of the time I’m just confirming what they already know, but they often feel that a decision has to be made or blessed by someone higher up in the organization, so I’ve just tried to make myself as accessible as possible so they don’t feel held-up waiting for a decision to be made,” says Levine.

Part of that drive toward greater accessibility involves connecting with colleagues at a personal level. Levine hosts a weekly lunch where a half-dozen employees who don’t report directly to Levine gather to discuss home life, a new pet, kid’s college plans: literally anything but work.

“I’ve created an environment where I know a lot about the people who work in my department and the more I know, the easier it is to communicate with them and make them feel like they’re part of something,” he says. “As a result we have a terrific environment in the legal department and everyone knows they can come to me if they want to talk about something.”

Putting a face on the business

Entering a new segment of the legal profession after more than 30 years with law firms, the chief legal officer position at GGP has given Levine the opportunity to explore some new and interesting facets of the business world. These new responsibilities include compliance with Securities and Exchange Commission rules and regulations as well as working with outside auditors and handling complicated issues surrounding insurance, a task that runs through his legal department.

The insurance work in particular has quickly become a favorite of Levine, who values the relationship-based nature of the business. With more than 100 properties spread across 40 states, GGP’s insurance needs outstrip that of your regular policy holder and require the company to work with more than 25 underwriters.

“I’ve found that business is very much built on personal relationships and the better you can cultivate those, the better you’ll do in terms of pricing and service,” he says. Levine travels to London every eight months to meet with some of GGP’s largest underwriters, and has found that level of face-to-face contact to be crucial.

“They really appreciate it when a high-ranking officer takes the time to meet with them and discuss what’s going on,” he says.

As GGP continues to bounce back under new leadership, it’s hard to see any vestige of the company that was emerging from bankruptcy just five years ago. Still that doesn’t mean the company is without its challenges. As GGP continues to move into major urban markets such as San Francisco, New York City, Miami and Chicago, Levine will have to call on his years of experience in real estate law to help close some important new deals. “Those are very complicated and high-profile, but that’s what I do,” he says.

When he isn’t busy leading the legal department at GGP, Levine can be found spending time with his wife, Rochelle, and his family as well as  golfing, scuba diving or running through Chicago. After spending the bulk of his professional career in New York City, Levine says he enjoys the chance to explore America’s Second City.

As chief legal officer for one of the nation’s leading retail real estate investment trusts, Marvin Levine’s exhaustive experience in real estate law, focus on teamwork and commitment to personal and professional growth will ensure the continued success of General Growth Properties Inc.