The long and legal road

This is not likely the twilight of Julia Hanft’s legal career, but her shift into an advisory role at Speedcast Government is as close as she’s come to hitting a pause button in 30 years.

Hanft is now legal counsel for the company that bought Globecomm Systems Inc. in February 2019, advising it on its government contracting work, so she is not pressing that hard on the pause button.

That seems almost the least she could do. In the 18 years she was at Globecomm, her legal work supported company acquisitions before and after Globecomm was acquired by other firms. She also navigated the shoals of Wall Street as the company went from publicly held to privately owned and back again.

It may not have been a long, strange trip for Hanft, but it has been long and eventful, and guided by her belief about what an in-house attorney should offer. 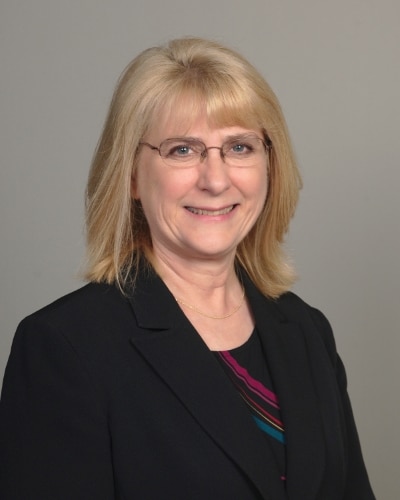 “I have always considered myself a businessperson first, and the expertise I bring to the business is the law,” Hanft says.

Technically, Hanft works in an outside counsel role for UltiSat Inc. which does business as Speedcast Government, which is owned by Speedcast International, the Australian company that bought Globecomm last year. Speedcast Government, as its name implies, contracts for services with civilian and defense government agencies, both in the U.S. and for foreign governments and non-governmental agencies.

Hanft is the legal go-to person for Speedcast Government and also provides occasional support to the parent company Speedcast International. She says she has a wide and evolving docket of legal tasks.

“I proactively keep them abreast of changes in the law, such as the new New York law on sexual harassment,” she says. “It is very significant in policy and requires quite a bit of training. I also answer any type of question that comes up from contract interpretation to employee relations.”

If keeping track of what Hanft does now seems confusing, try tracking her last six years at Globecomm.

“We went from a small company where I was actually hired into one of the small subsidiaries, to a nearly $400 million a year public company. Then we went private, and then back to public,” Hanft says. “I was doing that as the lone in-house attorney most of those years and with the support of one other attorney in the last five years.”

In 2013, Globecomm’s board of directors and shareholders agreed to sell the company, Hanft recalls.

“My work at that time included supporting interested bidders with due diligence as they looked at Globecomm’s processes, operations and seeing if there were any legal risks should they buy the company,” she says.

When bought by an equity firm in 2014, Globecomm became private, and Hanft had to get the company de-listed from the NASDAQ stock exchange. That was yet another new task for Hanft.

“I hadn’t done that one before, so I said ‘let me find out,’” Hanft says. “Thank heavens I had really good outside counsel.”

Admitting she was inclined to go on her own in the de-listing process, Hanft said she was glad she didn’t.

As if the de-listing was not complex enough, while also managing risk, protecting company intellectual properties and complying with Federal Communications Commission regulations, Hanft said she also took on her most challenging task as the European Union revamped its data protection regulations.

“The provisions themselves are pretty sweeping and potential fines are very large, so there was a large risk factor,” Hanft says. “You had to sort through and see which parts applied to your business.”

One part transcended the legal department because the new rules flipped the opt-out provisions so businesses now had to ask permission to send existing customers marketing materials. Hanft had to work closely with the Globecomm marketing team to implement new procedures to ensure compliance.

A legal career may have seemed predestined for Hanft.

“My mother has always said that I was born to be a lawyer, because from when I was 2 years old, I always had an argument,” she jokes.

A native of Orange County in southern California, she first earned a bachelor’s degree in business and management from the University of Redlands in 1991, and immediately joined Lockheed Martin in Georgia as a contracts manager. Once there, she observed what it would take to advance.

“The people who sat at the top of the contracts chain all had law degrees,” Hanft recalls. “And when I got to law school I loved it.”

Hanft earned her Juris Doctor from Georgia State University in 1996, working full time at Lockheed while also raising her son, who was 10 weeks old when she enrolled.

“I always said ‘I’ll sleep later’ during those years,” she jokes about merging her career, family life and law school.

Hanft moved to New York and became a contracts manager with Globecomm, evolving to her in-house attorney role after being admitted to the New York bar.

Her son has grown up, and now she and her husband, Tom, a New Yorker she met on business in Australia, find more time for travel. They enjoy hiking and just returned from Yellowstone Park and the Grand Tetons. Copenhagen is one of her favorite destinations; she’s been there for both business and pleasure.

Hanft now works on a project basis as she considers her future, but does not expect to be doing legal piece work for the rest of her career.

“I am going through a reevaluation phase for myself,” she says. “But I am ready to get back into something. I miss feeling a part of the big team and that you are one of the ones making it happen. It might come in a new way this time around, as an outside counsel, but I’m anxious to get back to helping a business grow.” 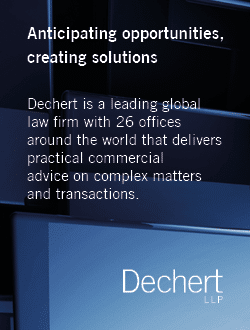