As Redbubble Limited helps artists grow their online platforms and expand their customer bases, it’s been doing the same for itself. The Australian company was founded in 2006 as a small online marketplace for artists to sell their work. It’s now a global company worth over $1 billion market capitalization at its height.

“In the early days, we were just a small group of passionate, motivated people who wanted to use our business expertise to help artists,” says Corina Davis, the company’s chief legal officer. “What’s remained through all these years is the passion for our mission.” 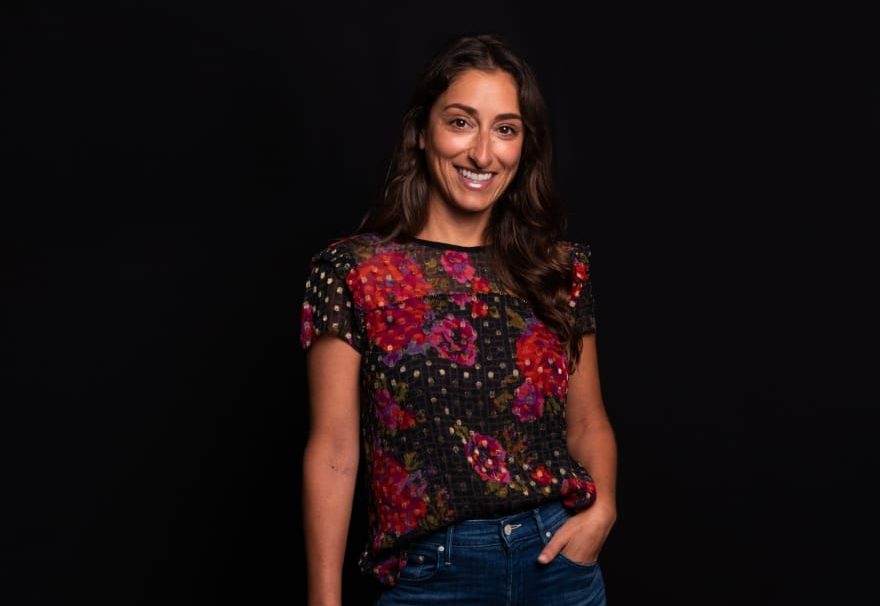 Artists using Redbubble upload their designs and images to the marketplace where consumers can have them printed on t-shirts, coffee mugs, tote bags, stickers and more. The art is created as drawings, paintings, photographs and digital renderings and designs. Redbubble connects artists with third party manufacturers who create and deliver the products.

Davis, who’s also the executive vice president of business development, started at the company in 2012 when it had about 20 employees. Now it has over 300. It also has over 700,000 artists using the platform.

“So many of the people working here really care about making a difference in the world, particularly for artists,” she says. “It’s rewarding knowing we’ve helped artists make money doing what they love, and helped many people create meaningful careers.”

The company has also been focused on how it makes a difference through its business practices. Davis is currently at work on Redbubble’s first standalone environmental, social and governance report, which is expected to be published in fall 2022.

“The company really believes in the idea that ESG is important for the sustainability of the business,” she says. “It’s not only connected to the bottom line but also helps to ensure that the company will sustain itself through the next phases of growth and scale.”

The first ESG strategy was published in 2021 as part of the company’s annual report. It laid out areas of focus, with “people” goals referring to culture and community initiatives; “planet” referring to environmental impacts, and “prosperity” referring to empowering and protecting artists. It also outlined how the report is being created.

As the executive sponsor of the report, Davis has taken a business-led, rather than top down, approach. She’s been talking to employees in many departments across the business to understand their perspectives and get their input. For example, the social goals, which include giving back to local organizations and supporting staff, are being led by the people and culture team.

“Our ESG vision is to build an enduring marketplace that connects people through creativity and empowers our community without compromising our planet,” Davis says.

Building to the pinnacle

Working with every department, as well as talking with board members and investors, to create the report has been a rewarding experience, Davis says, because it’s allowed her to “unify people behind one vision.” She says this wouldn’t be possible if not for the decade she’s spent growing with the company and learning its many intricacies.

“The training of a general counsel has prepared me to develop this strategy in collaboration with people across the business and feel confident going out to the public market with our plans,” she says. “It’s been so important to have a growth mindset to go through this many phases with one company. And this ESG report has been similar, as I’ve had to continue to learn and take on new challenges in order to successfully lead this work.” 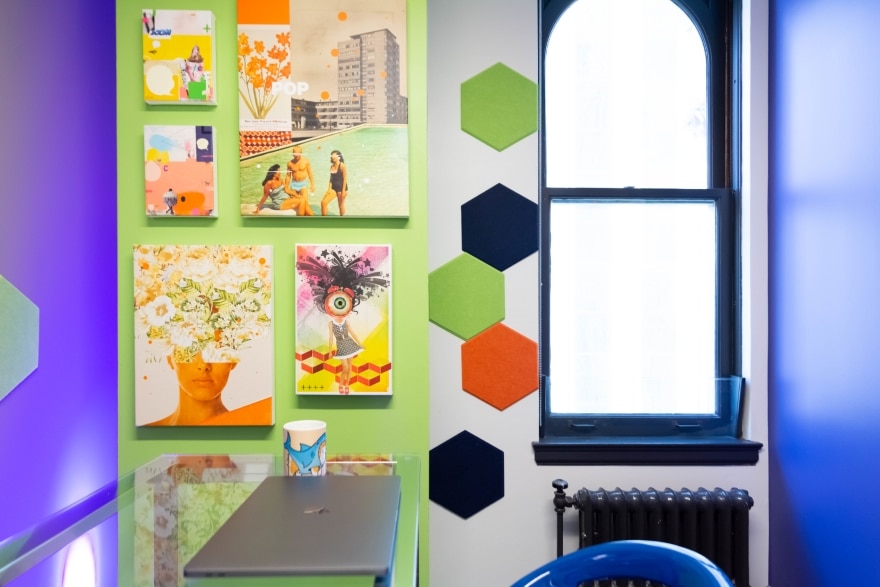 Over the years Davis has led many teams and currently oversees the legal, policy and partnerships teams, and contributes to board work as the corporate secretary. Her work involves strategizing with business leaders, often developing plans directly with the CEO. Much of this strategy has been about the company’s growth—Davis helped open offices in San Francisco and Berlin.

When the COVID-19 pandemic started, she was appointed to the “COVID Cabinet,” which planned the company’s response and how it would keep employees safe. Responding to crisis allows Davis to see strengths of Redbubble that aren’t always in the foreground, she says. For example, she oversees content safety and controversial content removal, which involves working with public relations on crisis management.

“It’s been amazing to put together this strategy,” Davis says. “I define this as the pinnacle of my career thus far, not only helping artists but helping the company create a strategy that will have an immense impact across the board.”

Growing up with a family of strong, socially minded women, Davis was taught from a young age to care about others and advocate for social issues she cared about. With an artist for a mother, she was also encouraged to pursue her creative side.

After doing some nonprofit work in college, Davis longed to have a deeper impact, which led her to law school. While earning her J.D. at the University of San Diego School of Law, she discovered intellectual property, or as she says, “the creative element of the law.”

She worked for a few firms where she specialized in IP and litigation before being recruited by Redbubble in 2012 as it was getting ready to open its San Francisco office. Being with the company has allowed her to dive even deeper into her creative side seeing as all the IP work she does is for pieces created by independent artists. 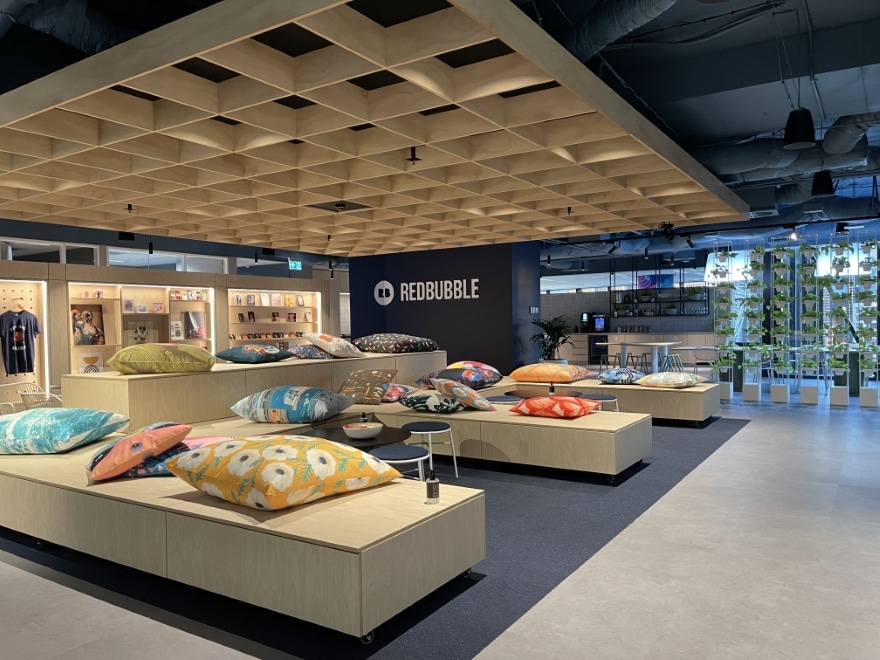 Outside of work, Davis has been a member of the Women’s General Counsel Network for 10 years. She’s also a charter member of TechGC, an organization for general counsels at technology companies, and Chief, a network to help women obtain leadership positions.

While Redbubble has allowed her to grow with the company—she was promoted to her current role in 2017—it’s also prepared her for what’s next. She recently announced she will be leaving Redbubble in the fall to spend time with her family before she jumps into her next role, which she plans to announce later this year.

“I’ve stayed at the company for 10 years because it’s been an experience full of new challenges and new opportunities,” Davis says. “It’s been an incredible journey helping to lead this company through so many exciting stages and I can’t wait to use all I’ve learned in my next chapter.” 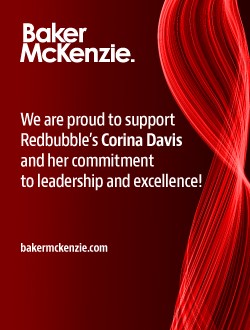