Pushing the boundaries of where science meets law makes for some interesting days for patent attorney Karen Bechtold at Teva Pharmaceuticals.

Take, for example, one of Teva’s applications tentatively approved by the Food and Drug Administration (FDA) for Parkinson’s Disease. It details a system for delivering a generic medication through the skin rather than by the traditional means of oral administration. Described by Bechtold as an uphill battle because nothing had been done quite like it before, with its unique product design, she and her team completed the first regulatory hurdle, which, in her estimation, will help patients around the world.

Yet living on the frontier of pharmaceutical development is an unexpected place for Bechtold, who is an associate general counsel for the Israeli multinational pharmaceutical company specializing in generic drugs. Joining the team in 2016, this Cornell grad and mother of three says she never expected to be a lawyer; her legal career came to be when a neighbor suggested it to her while she was making a morning coffee run. 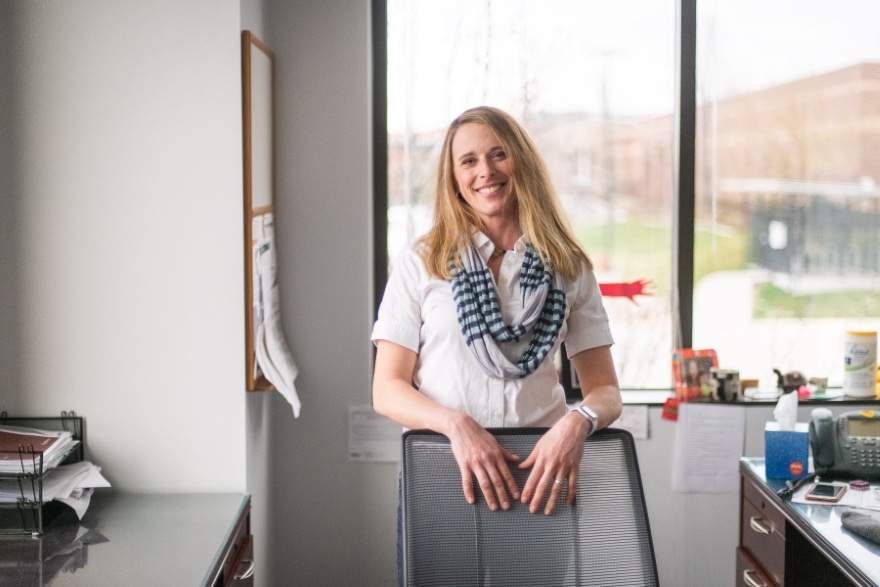 Now operating out of Teva’s Utah-based facility, Bechtold prides herself on being hands-on in the process of getting products—like the transdermal delivery application—launched. Her focus for 2019 is to “clear the slate” for pending applications in the FDA pipeline and expand the availability of complex generics in the United States and Canada. To her, it is all about teambuilding and communication with scientists and manufacturers—both locally and around the world—so she can understand the daily challenges to better construct legal solutions within this global organization.

“I am learning new things all the time,” Bechtold says.

Such was the case with the application for the transdermal delivery system for an undisclosed medication, which was a process that began in 2013.

“It was a steep, uphill battle,” Bechtold says. “We had a very rigorous review by the FDA before we were granted tentative approval.”

Testing is the norm in the approval process—and rightly so—as Bechtold explains. But it can be time consuming. In this case, Teva did three bioequivalence studies when normally only one is required. Added to that were other studies required for transdermal products, as well as fielding answers to hundreds of questions from the FDA over several years.

“It was a testament to the team’s fortitude and persistence,” Bechtold says of the process, since this patent litigation is currently on appeal on the Federal Circuit. “We are still fighting this one in the courts, but I have every confidence that we will be successful, and regardless of the outcome, this is a product that our team as a whole—research and development, engineering, legal, regulatory affairs and project management—should be proud of.”

As one of the world’s largest generic pharmaceutical companies with $18.9 billion in revenues in 2018, Teva is committed, Bechtold says, to provide innovative and high-quality medicines for patients worldwide; essentially, to make better days for patients.

In challenging times like these for the pharmaceutical industry, Bechtold says her team focuses on growth of the generic pipeline and striving to make high-quality products—such as those to treat pain and respiratory conditions—for patients globally. Part of a lean legal team of two in Utah, communication is key and she says she’s “learned a ton” by working with colleagues in Europe and Canada, making her better at what she does in a landscape where product development is becoming more complex as courts and regulations continually shift the landscape. 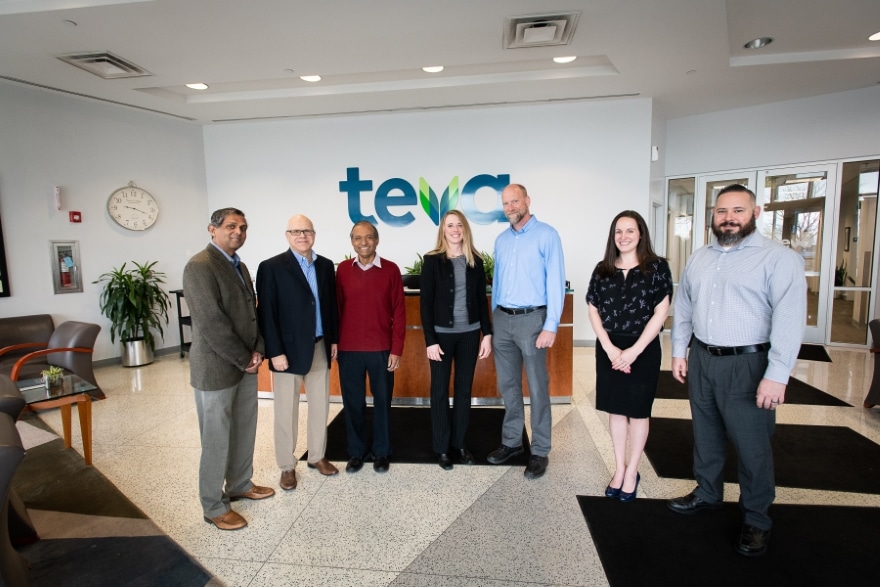 “It’s a complex legal and regulatory landscape to navigate, but that is part of what I love most about my job,” Bechtold says. “It’s a moving target and keeps life interesting.”

To help her review patents and develop legal strategies, Bechtold collaborates with intellectual property attorney Chuck Meeker and his colleagues at Workman Nydegger in Salt Lake City. The 35-year-old firm has a strong history in patent prosecution, enforcement and defense.

“With our experience from an inventor’s patent procurement standpoint, we know the types of arguments that should have been made to obtain a proper patent,” Meeker says.

In Teva’s case, he says his firm is helping “fight the good fight” to help bring down the costs of prescription drugs by bringing forth generics as low-cost alternatives when brand-name drug patents are overly broad.

For the past four years, Meeker and Workman Nydegger have helped Teva assess the chinks in the armor of certain patents—brand name and otherwise—by evaluating which patents on the books are overly broad (or that should not have been granted in the first place). They also helps Bechtold and her colleagues develop legal positions that can play a part in strategy development.

“We provide an additional legal prospective and offer them information on which to base their decision as to whether they should challenge a patent, whether the patent is likely to be held valid, and whether it makes commercial sense to pursue the drug as a generic,” Meeker says.

All told, collaboration and teamwork are the cornerstones that make the job enjoyable for this East Coast native in Utah where the majority of medical patches, ointments, sprays and creams are manufactured.

A big skier and hiker, Bechtold initially made her way to Utah as a senior director for intellectual property for a company called Actavis, a generic pharmaceutical company that was later bought by Allergen. When Teva bought the generic segment of that company, she came along for the ride and became the senior director and part of Teva’s U.S. Generics IP division with a focus on developing markets for Salt Lake City’s generic line, as well as supporting sites in the United Kingdom and Canada.

It was a far cry from where she started out, although attention to detail was part of her skillset. 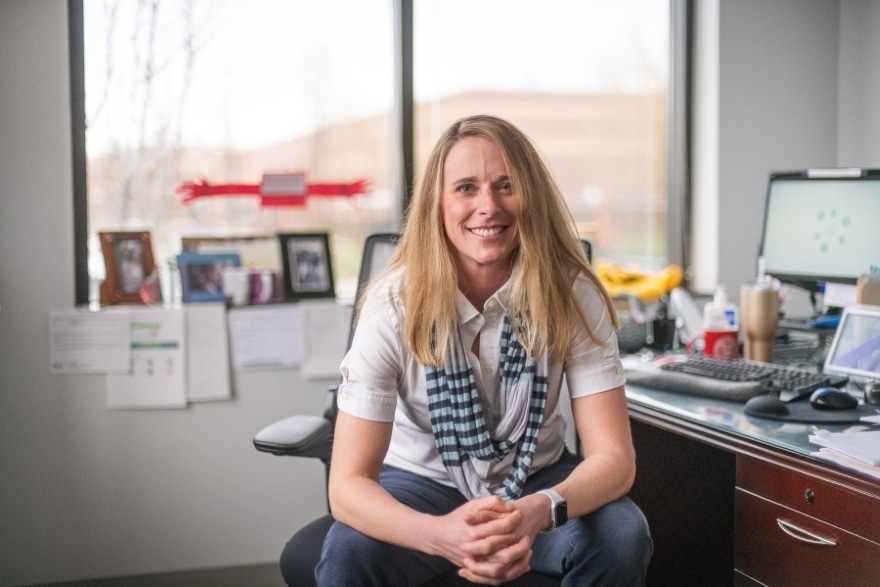 After a series of associate jobs at Pepper Hamilton LLP in 2001 and as a patent attorney at Buchanan, Ingersoll & Rooney PC in 2002, she landed her first legal gig in pharma in 2004 as intellectual property counsel at Kos Pharmaceuticals after which she became director and eventually senior director of intellectual property at Mutual Pharmaceutical Company Inc. in 2007.

“I really liked coming to work for pharma because I had my own set of health problems with my back and with asthma in the past. I never lose sight of how our work here impacts people in a very real way,” she says. 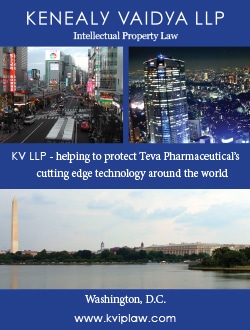 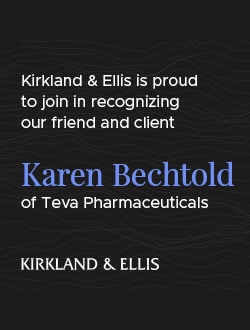 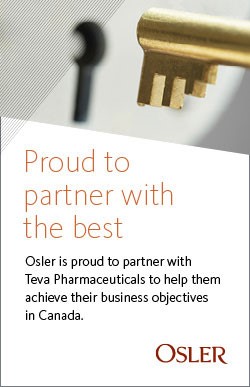 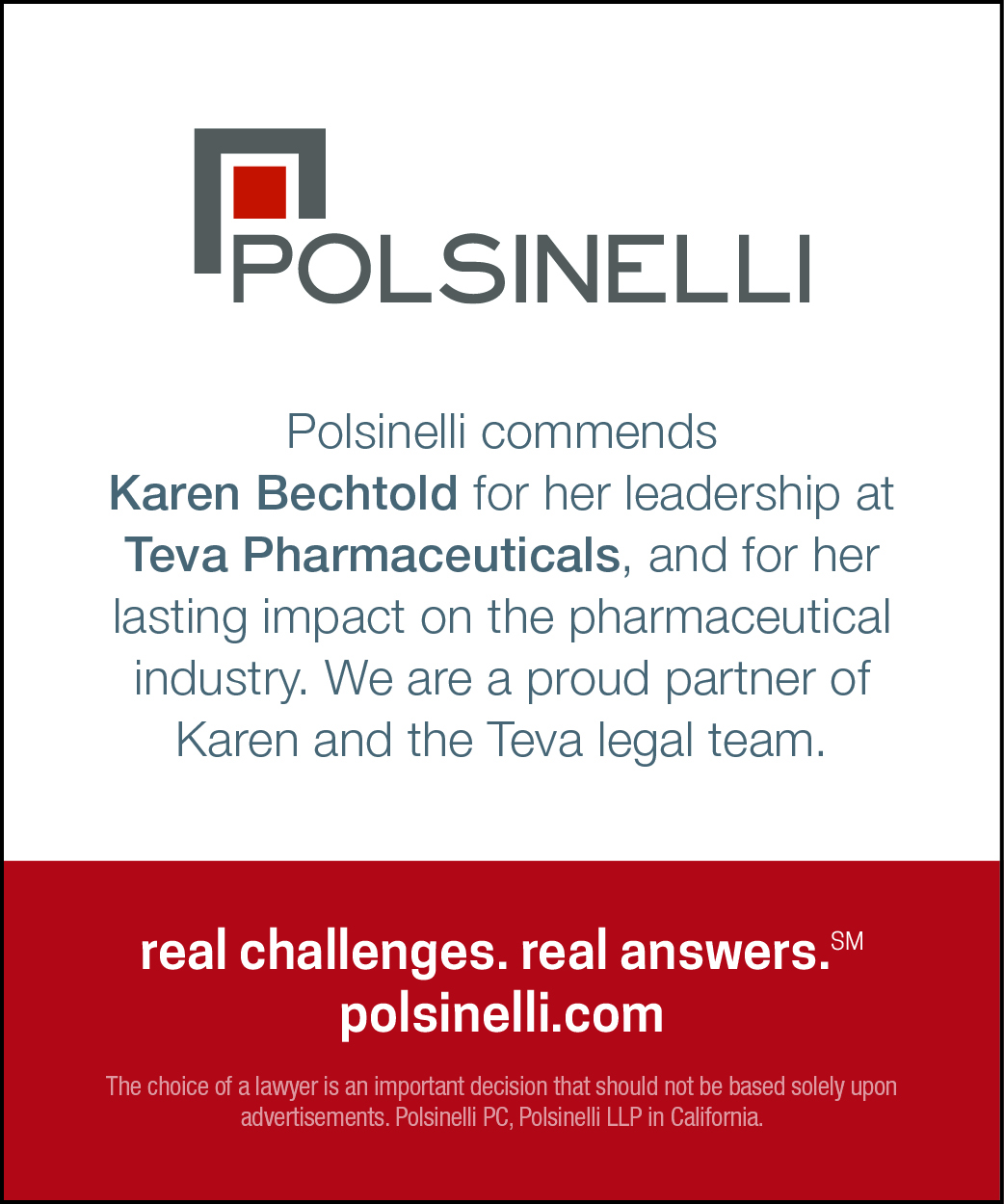 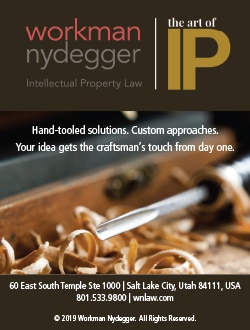 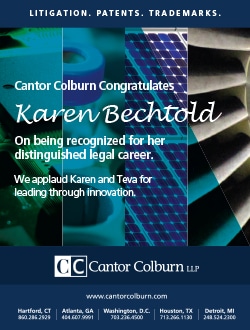 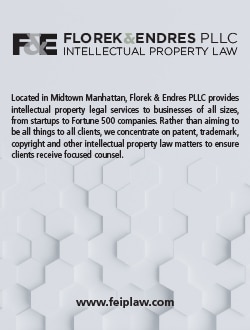