Seeing through a rival’s sham

There may not be a dry eye in the house. At least there may not need to be since a major drugmaker has been denied an attempt to shield its patent for the pricy prescription eye drop Restasis.

A very unusual tactic, says Rekha Hanu, the chief intellectual property counsel at Akorn Inc., one of the three generic drugmakers that contested what they perceived as Allergan’s gamesmanship in 2017. What started as a regular Hatch-Waxman lawsuit for the generics took a dubious turn late in the game.

After all, no drugmaker had ever tried to transfer its patents to a Native American tribe and then lease them back for an upfront payment and royalties. Well that’s what Allergan did, signing off and then leasing back six Restasis patents from the Saint Regis Mohawk Tribe in upstate New York. 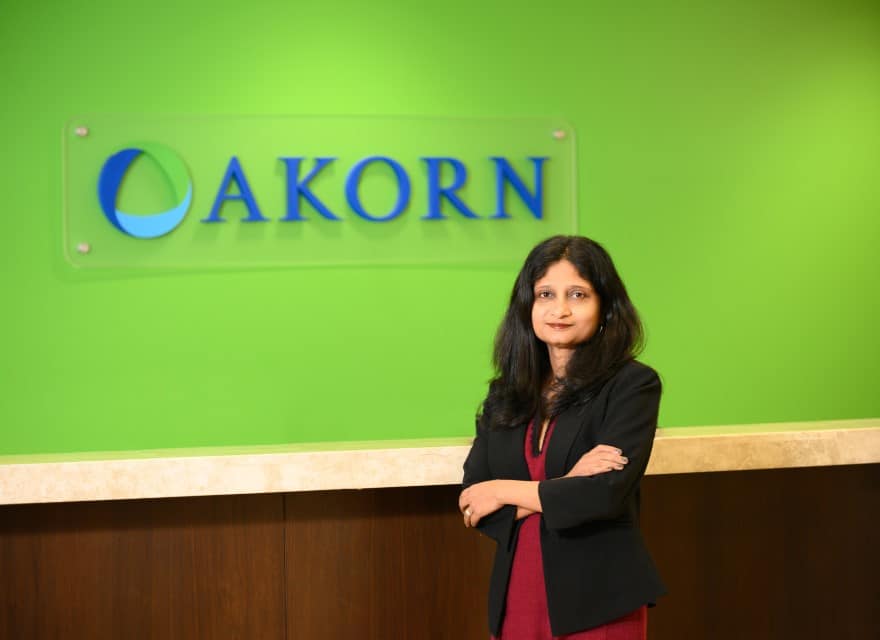 Seems Allergan and the Mohawk Tribe thought that sovereign status would shield the patents from administrative review. Instead, it aroused the opposition of Akorn, Mylan Pharmaceuticals Inc. and Teva Pharmaceuticals Inc., a triumvirate that would successfully fight Allergan all the way to the U.S. Supreme Court.

“A win for generics and a win for consumers,” says Hanu from Akorn’s headquarters in Lake Forest, Illinois.

For a while, it might have seemed Hanu and her Mylan and Teva counterparts weren’t on very solid ground. Indeed, the lawyer who had concocted such an unorthodox interpretation of sovereign immunity was hailed, at least initially, as something of a legal genius.

But a bad precedent was in the making, Hanu believed. Should Allergan and the Mohawk Tribe be allowed to pull it off, other drugmakers could follow suit, striking deals with tribes or nonprofit institutions to shield them from competition and denying consumers access to more affordable medications.

So the generics took action, challenging the validity of the Restasis patents and the tribe’s right to sovereign immunity. Come February 2018 the Patent Trial and Appeal Board [PTAB] ruled for the generics, among its reasons being that the rights sold back to Allergan were tantamount to the tribe relinquishing a very significant ownership.

But Allergan wasn’t ready to concede anything, the company taking the case to a federal appeals court that, five months later, upheld the PTAB ruling. The scheme was formally put to rest this past April when the Supreme Court denied certiorari.

Sometimes you’ve got to go on the offense. The odds can indeed be stacked against a generic vying with a heavyweight like Allergan. All the better if other generics want to team up with you.

The original manufacturer is eligible for up to 20 years market exclusivity upon registering a med with the U.S. Food and Drug Administration; a process that includes listing its patents in the so-called Orange Book and paying regular maintenance fees. 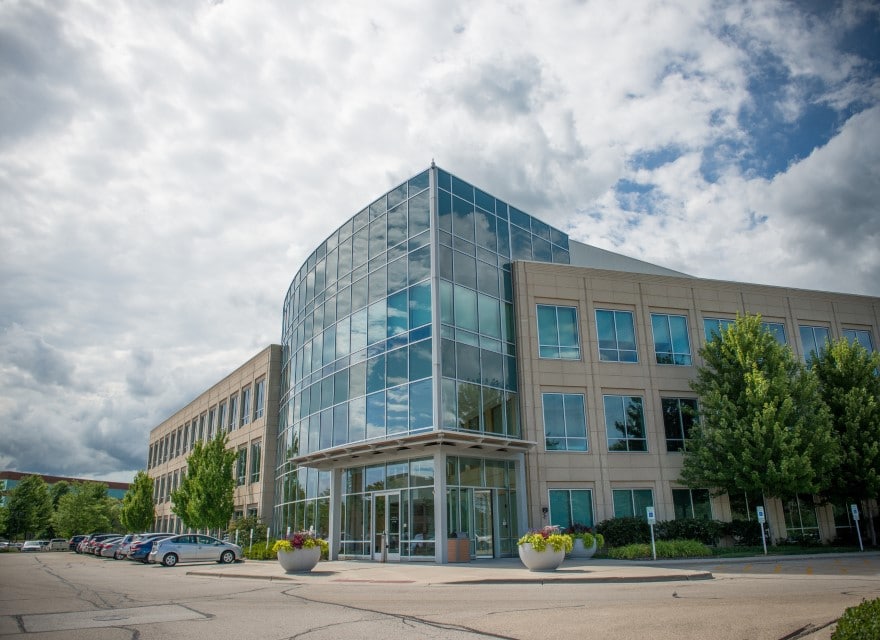 Should the generic seek to launch a competing product, it has two primary options: Wait for the patent to expire, or challenge the patent’s validity. Rather than waiting a decade or more, Hanu says the latter course is more efficient, though it can entail risk.

But she wants it in Akorn’s game plan, with her in a strategist’s role and relying on the expertise of outside counsel. Successfully challenge a patent, and the plaintiff is rewarded with a 180-day exclusivity to put out the first generic. That’s quite the leg up on the other drugmakers.

A member of the Akorn legal team for seven years, the India-born Hanu was promoted to her current role in 2016. Though the company is not always as aggressive as she’d prefer, Hanu says they’re on the same page often enough—one reason being the Akorn brass recognizes her skillset as transcending mere legalities.

Science preceded law as Hanu’s earlier passion, she having been a biology and chemistry undergrad at Wesleyan College who went on to earn a doctorate in neuroscience from Northwestern University in 1996. Hanu would spend the next six years as a researcher and consultant at various companies and institutions, including the University of Maryland where she’d study the triggers of neuromuscular diseases. 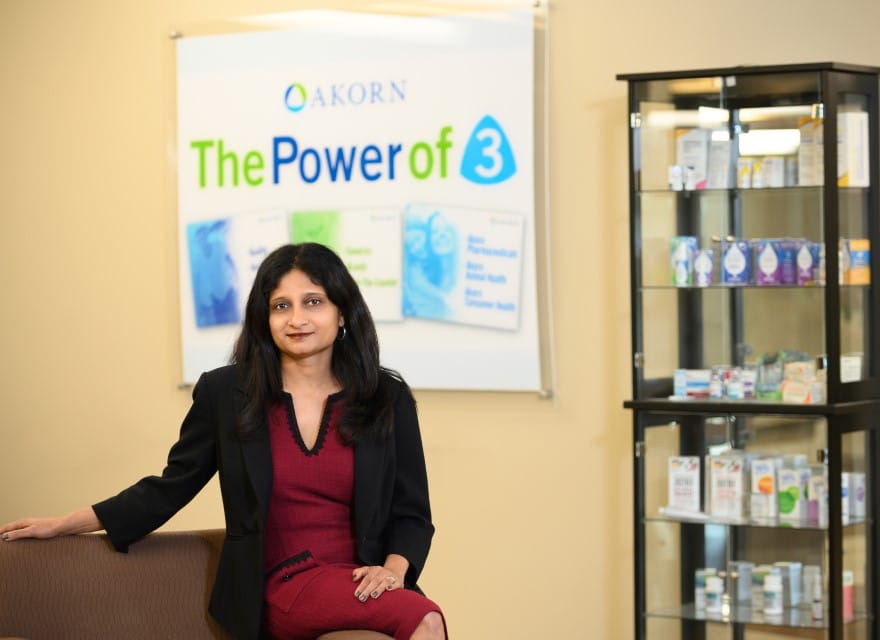 “I loved it but there was the danger of it becoming all-consuming,” she says. “The longer I was in it, the more tunnel-visioned I became, and that went against my grain. I enjoy variety, and I literally pivoted out of the ivory tower and into the business world.”

She’d thrive in new roles that included serving as a consultant for pharmaceutical sales strategy at a management consulting firm. Along the way she’d become intrigued with intellectual property law and how it seemed more fulfilling than number crunching.

“Fast-paced, multifaceted, incredible and the intersection of science, business and law. That’s the draw of IP,” she says. “Other disciplines have those intersections, but for me this is the perfect combination. The landscape is just fascinating like a minefield or a chessboard and the courts so active. So much to stay atop of.”

But if she were to stay atop of something so dynamic, a law degree was indispensable. Only there were some practical considerations.

Starting law school with a 2-year-old and a 4-month-old was not easy, but Hanu was determined to make it work. Given that she had moved across the world to attend Pennsylvania’s Slippery Rock University but detoured to Georgia’s Wesleyan College upon scoring a better financial aid package, another educational challenge wouldn’t faze her. She also wasn’t about to do it part time following her 2005 acceptance at Chicago-Kent College of Law at Illinois Institute of Technology.

“I wanted to cut the agony short and I’m glad I did,” she says with a laugh. 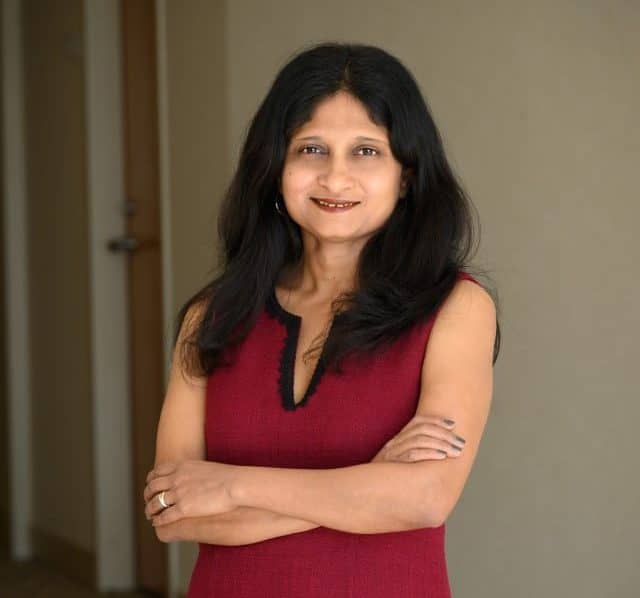 Some kind of scientific or technological credential being necessary for patent law, Hanu had it with that Ph.D in neuroscience. Upon graduating in 2008 she’d put all her skills to practice as a year-long associate with K&L Gates/Bell Boyd & Lloyd, prosecuting patents for biotechs and chemical companies. She’d serve another three years with Duane Morris before bringing that specialty to Akorn in September 2012.

Ever restless and eager to apply all her skills to Akorn’s betterment, Hanu won’t be siloed. That science and business background puts her at ease when interacting with any department.

“When we formulate strategy or try to figure out the design behind a patent, the first client is R&D,” she says. “Having that background gives me street creds, if you will, as we’re able to relate.”

Hanu has done much to mold Akorn’s risk profile in the area of patent litigation with her proactive approach toward patent law. It’s an approach that may have other drugmakers stop and take notice—especially if they attempt something unorthodox. 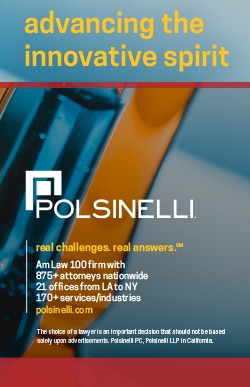 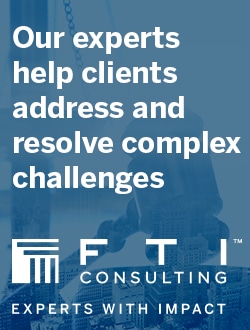