It was bad enough that Karen Turner McWilliams was expecting an expensive car repair bill while attending the University of Virginia.

It got worse when she went to get her car because the bill was much higher than the estimate.

“I felt like I was a victim of a bait and switch,” she recalls. “It felt like they figured my parents would pay the bill because I was a student. But I didn’t come from that kind of background.” 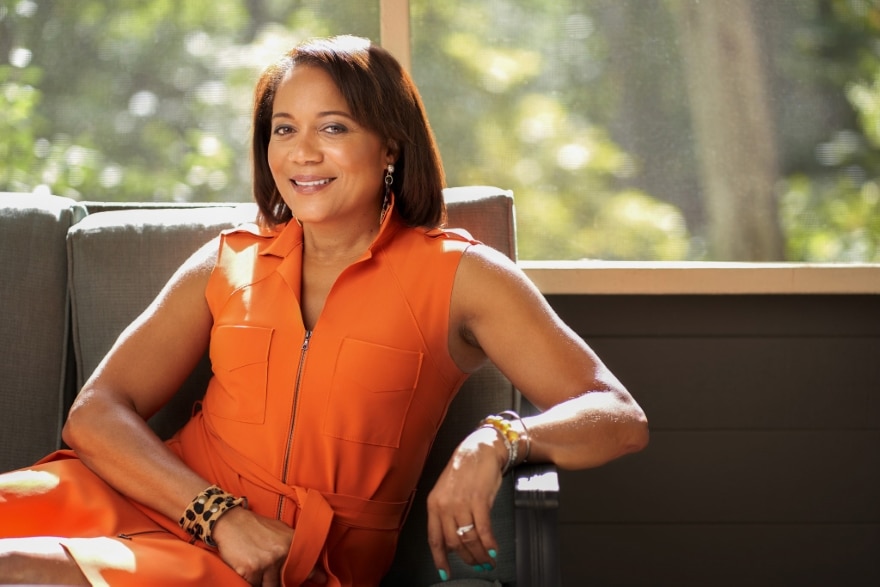 After seeing a flyer for a legal clinic, she called and learned the repair shop illegally overcharged her. She got her car back without paying the inflated bill, learning a valuable lesson that primed her career in law.

“I thought, ‘wow, that’s not the type of lawyer you see on television. It’s normally about big criminals, never about the everyman,’” says Turner McWilliams, now the senior vice president and deputy general counsel for SAIC, a government contractor. “Everyone can make a difference and every should use their voice.”

Part of the process

SAIC is a technology integrator providing secure high-end solutions in engineering, digital, artificial intelligence and mission solutions to the federal government, including the U.S. Departments of Defense and State, as well as NASA.

“We help make sure satellites stay in orbit and Space Force is operational,” Turner McWilliams says. 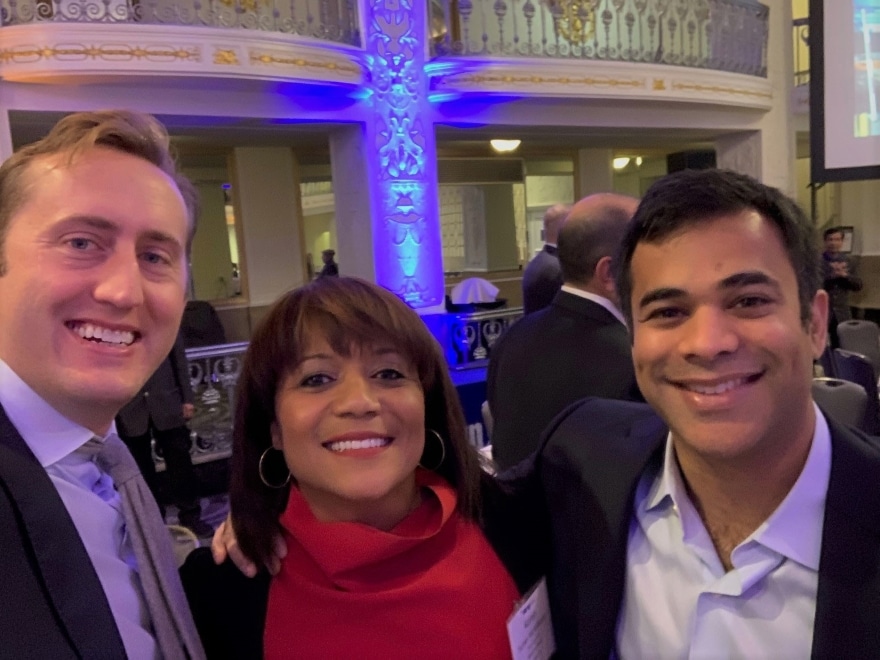 “If it involves people, it involves Karen McWilliams—if you want it to,” she says. “It’s ever-changing and dynamic. This is what gets me out of bed in the morning.”

Changing with the times

‘Ever changing and dynamic’ describes much of her work when the COVID-19 arrived. When employees had to work from home, McWilliams helped create remote work policies.

She also helped determine which employees were essential and needed to continue going to the office and continues to meet as part of a committee of 20 who review pandemic-related issues and policies at least once per week.

One policy she vetted allows employees to work 10-hour workdays with Fridays off. 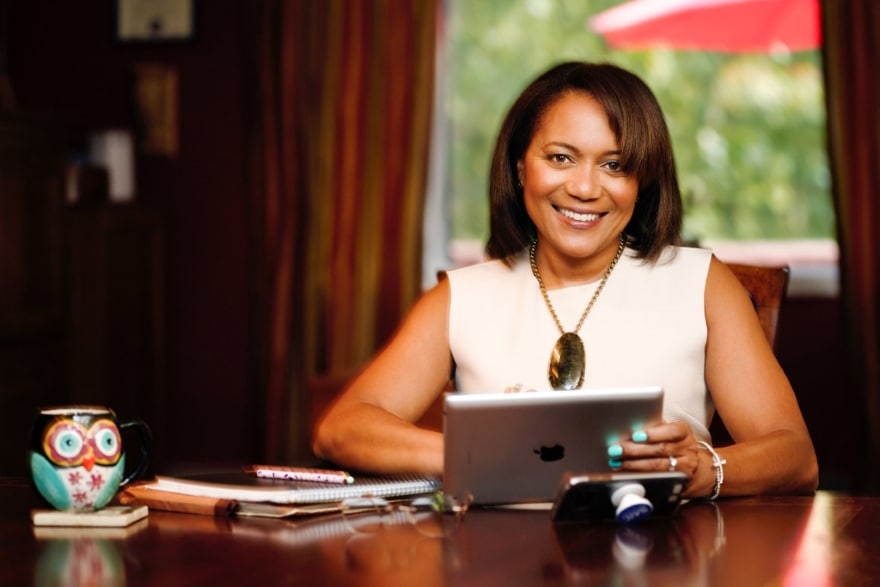 “Folks are looking for flexible work arrangements, beyond what had been the norm before the pandemic,” she says. “Core business hours don’t exist as they had.”

She also helped establish the SAIC Charitable Foundation to help employees and their families struggling with unexpected expenses, and she publicized SAIC’s leave bank where employees could draw on additional paid time off or contribute their unused PTO.

Turner McWilliams grew up in Hampton, Virginia, and says her background made it an easy choice to pursue a degree in elementary education from the University of Virginia—at least until someone tried to rip her off on a car repair.

Even then, Turner McWilliams says a UVA guidance counselor tried to dissuade her from pursuing a law degree because there were so few African American women in the legal profession.

Then she found the American Bar Association’s Council on Legal Education Opportunity, or CLEO, and its Thurgood Marshall Legal Educational Opportunity Program. It enabled her to take pre-law classes after graduating UVA and before starting at George Mason University School of Law. The program also provided stipends and tuition for law school. 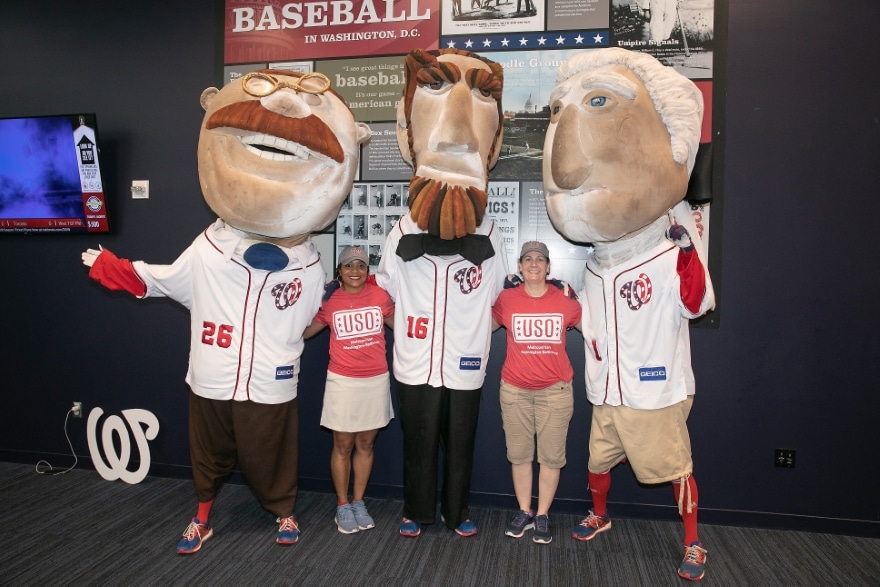 “It gave me the confidence and I didn’t have to take out student loans,” Turner McWilliams says, adding her husband is also a CLEO fellow and they continue to contribute to the program.

She began her career in 1992 as an associate at McGuire Woods. In 1998 she joined the Washington, D.C., office of DLA Piper as an associate, litigating in areas including employment discrimination, civil rights and wage and hour cases. She became a partner in 2000. While there, she was alerted to SAIC’s move to the Washington, D.C., area and its need for an employment lawyer.

“I researched the organization and felt it was the best kept secret in America at the time,” Turner McWilliams recalls. However, she opted to join E*TRADE Financial in February 2008 as senior vice president and associate general counsel.

During her tenure at E*TRADE Financial, SAIC went public and changed from the company she’d first researched. She joined SAIC in July 2017 as vice president of legal and was promoted to her present position in February 2019.

Throughout her career, Turner McWilliams has enjoyed meeting employees casually by observing weekly meetings, joining in charitable events or taking classes outside work. This makes it easier for employees to approach her, she says, which can save money and prevent difficulties down the road.

“When I’m involved, giving my opinion before an issue arises, you are just paying my salary,” she says. “Once an employee goes to a third party to file a complaint, you now have to divert resources and energy from the business to handle this issue.” 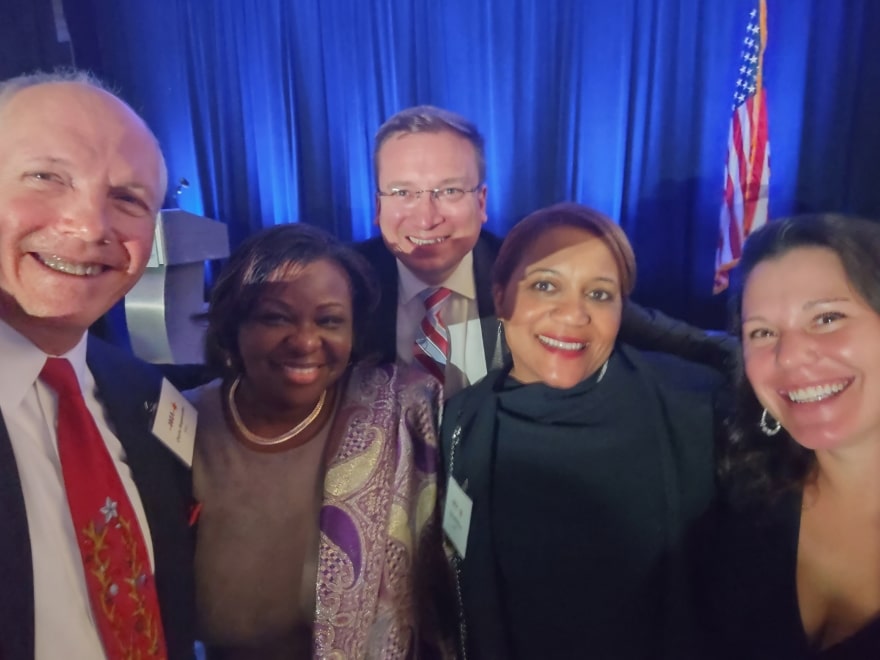 Outside the office, Turner McWilliams enjoys traveling. She’s visited Paris and says former French colonial territories including Mauritius and Cameroon are on her bucket list. She’s also a big football fan, rooting for the Pittsburgh Steelers and her family hosts an annual Super Bowl party.

Having found her way to a legal career because of an injustice done to her, Turner McWilliams also advocates for diversity, equity and inclusion in her profession and the workplace.

“Don’t feel a need to hide your light, just shine. Don’t worry about those who can’t deal with it,” she says. 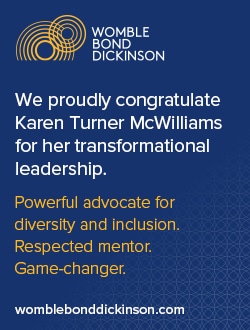