Embracing technology in the world of derivatives

Brexit, the 2020 election, the death of a statesperson, a natural disaster—just a few of the many events that can affect the derivatives market.

For at stake are contracts that derive their performance from those of an underlying asset, such as an equity, an index or interest rate. 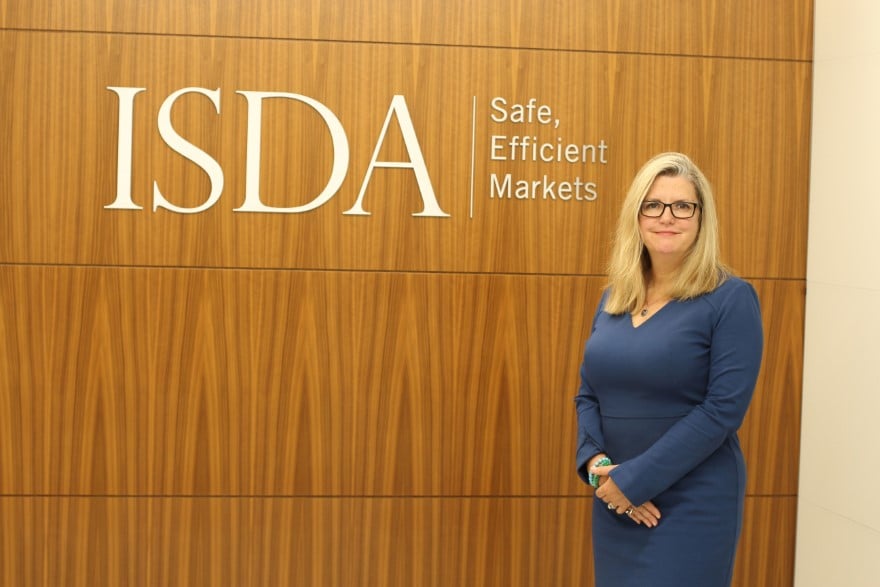 And that makes it all the more ironic, muses Katherine Tew Darras, how such a detail-intense wing of the financial industry has been so late in harnessing the technology that would greatly enhance its efficiency. General counsel for an industry organization known as the International Swaps and Derivatives Association [ISDA], she’s applying her legal, business and technological savvy in aiding that cause.

“The world of derivatives documentation with its many manual processes can benefit greatly from increased automation,” Tew Darras tells Vanguard in September from ISDA’s New York City headquarters. “It’s about time the industry took a more strategic approach. It’s got to change its mindset.”

To create and amend

Last year as part of its mission to foster safe and efficient markets, ISDA launched a platform that enables electronic negotiation of derivatives documentation among participants. Its strategic partner being global law firm Linklaters, which boasts the artificial intelligence legal platform nakoda, there’s now ISDA Create, which allows financial firms to produce, deliver and execute documents electronically as well as capture, process and store legal data coming out of those contracts in a structured format.

A complete digital record, Tew Darras says, one of the first for derivatives documentation. Users can now deliver what’s known as initial margin documentation—IM for short—to multiple counterparties simultaneously, and then negotiate and execute those documents online. 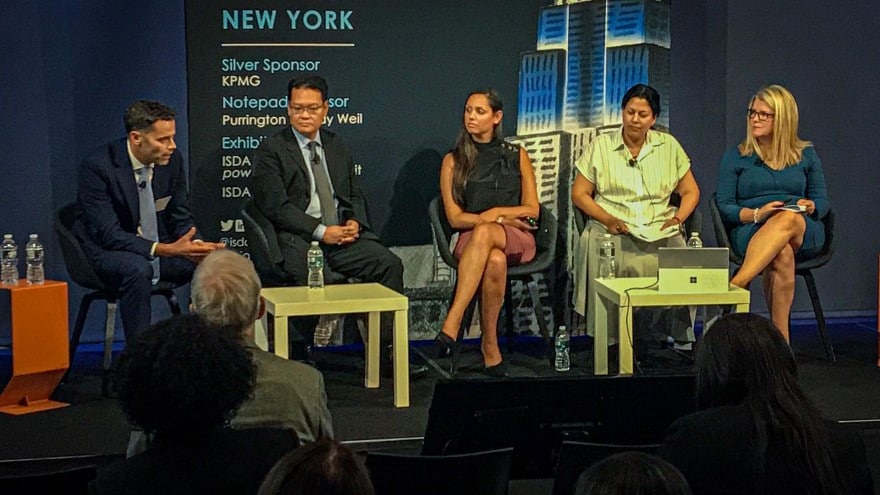 ISDA Create also follows an earlier initiative called ISDA Amend, which was the industry’s response to the Dodd-Frank Wall Street Reform and Consumer Protection Act that overhauled financial regulation in the wake of the Great Recession. Utilizing technology from IHS Markit, ISDA Amend allows for the secure exchange of sensitive data on a large scale.

“We’re proud of how the industry embraced technology to facilitate a large-scale compliance exercise at a time when there was no existing infrastructure to do so.” Tew Darras says. “We recognized that in order for the industry to meet the challenge, we needed to utilize technology.”

She’s also quick to credit another partner in the high-tech upgrades; the international law firm of Cadwalader, Wickersham & Taft, which she calls one of the best in keeping tabs on the latest in financial regulations. The firm has worked with ISDA on a regular basis over the years, most notably as primary counsel in connection with the development of documentation solutions for the derivatives industry following the implementation of Dodd-Frank and related U.S. Commodity Futures Trading Commission regulations. These projects involved perhaps the largest and most complex set of documentation exercises ever attempted in the OTC derivatives market, and the forms produced continue to be widely used by market participants today.

“In a role that requires her to manage the concerns of an entire industry —often all at once—Katherine excels at always being the calmest person in the room,” says Ray Shirazi, a partner in Cadwalader’s Financial Services Group. “Her demeanor, along with her strong understanding of the legal, regulatory and market challenges that participants in the derivatives markets face, help make her extremely effective in her legal leadership role at ISDA.”

Needless to say, so much is happening on the international front, with the United Kingdom possibly withdrawing from the European Union among the big unknowns. Times like this can put a premium on an in-house lawyer’s ability to anticipate and provide solutions to the market despite an uncertain future.

“But there’s only so much an industry can control when the laws and regulations may be changing,” Tew Darras says. “New political dynamics are overlaid on existing infrastructure, and we have to sort it out.” 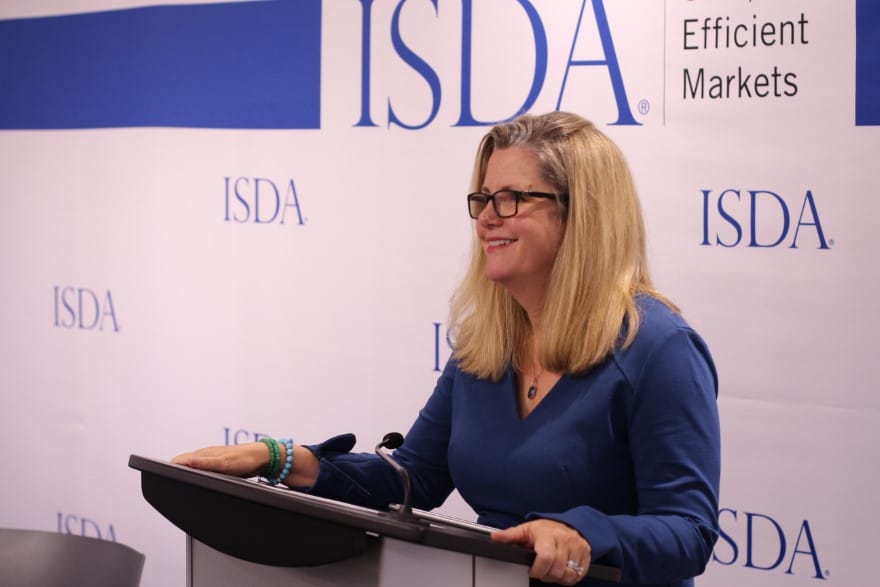 For those reasons and more, ISDA has published new French and Irish governing law Master Agreements, a year-long collaboration involving Tew Darras, her staff of 14, ISDA members, and outside counsel in France and Ireland. Though some have speculated that English law could be less relevant in a post-Brexit world, Tew Darras says she doesn’t anticipate that happening; nonetheless it was prudent to provide EU governing law options for those who want to use them.

In addition, ISDA’s documentation framework provides a solid foundation for the development of smart derivatives contracts. However, increased standardization and digitization of legal documentation is necessary to facilitate more accurate capture and analysis of legal agreement data and to better align business implementations with underlying contractual terms, allowing for greater automation of contractual obligations and events.

ISDA is therefore developing a legal agreement taxonomy and clause library for use with the ISDA Master Agreement. Tew Darras and her team were very proud to receive the Financial Times Innovative Lawyers 2019 Award for this initiative which will introduce greater standardization by creating common, outcome-focused definitions and standard wording for commonly negotiated terms. The framework will support industry efforts to digitize legacy documentation and could also be used to configure machine-learning or AI-based software tools aimed at more accurately assessing and categorizing economic and legal exposures within these contracts. The taxonomy for the ISDA Master Agreement is expected to be completed by the end of 2019 and will be expanded in early 2020 to capture ISDA collateral documentation.

General counsel since 2016, the Canadian-born Tew Darras has been part of the ISDA team since late 2001, when her early responsibilities included dealing with rewrites to market terms for equity derivatives including addressing treatment of events surrounding unexpected market closures on 9/11. A 1994 law graduate of Queen’s University in Kingston, Ontario, she now enjoys dual citizenship while living in New York City with her husband and three children.

Though well-versed in international banking law from a four-year stretch as an associate with the New York firm Christy & Viener—which subsequently merged with the French firm Salans—Tew Darras would endure a steep learning curve at ISDA, derivatives being a complex subject. Same goes for the new technologies that are becoming business as usual. 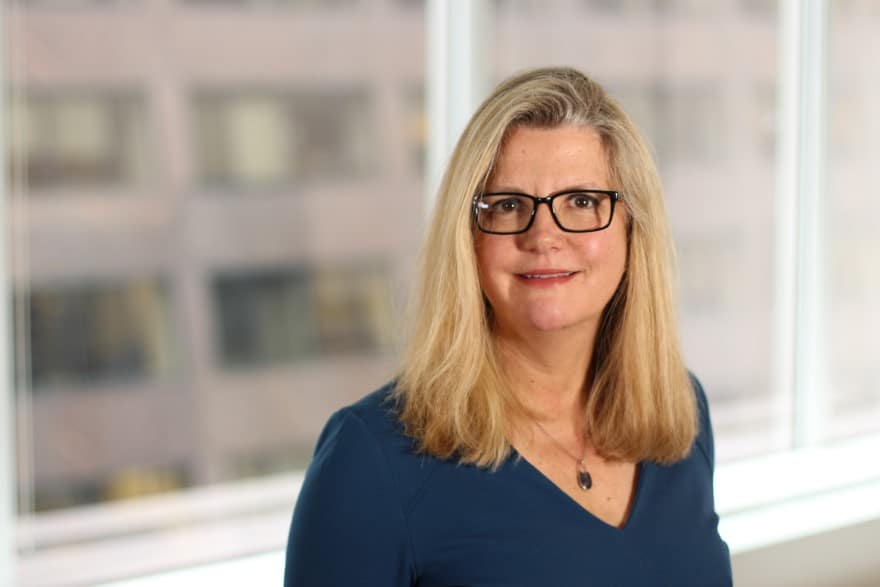 But while she’s one to absorb the arcane, Tew Darras also prides herself as being a people person who fits the ISDA culture. The firm’s 900-plus members from 71 countries may be specialists, but the decision-making model is consensus driven with her among the leaders. Of course, not all those members, including corporations, investment managers, government and supranational entities, insurance companies, energy and commodities firms, and international and regional banks, will weigh in on a particular matter, but 40 or 50 will. While they may share a common interest, Tew Darras says reaching that consensus is still an art.

She’s acquitted herself well in such sensitive roles, one of which was settling litigation arising from alleged price-fixing. With the defendants, including 12 major banks as well as Markit Ltd., and total damages nearing $2 billion, Tew Darras makes it clear that ISDA was a relatively minor player.

“The litigation confirmed that ISDA was very much focused on ensuring safe and efficient derivatives markets,” she says about the case that was settled in 2015, “and we were fully prepared to litigate the case.”

But, given this was an antitrust case, ISDA was facing the prospect of being jointly and severally liable for all defendants, a risk “ISDA couldn’t take given our valued position in the marketplace.” 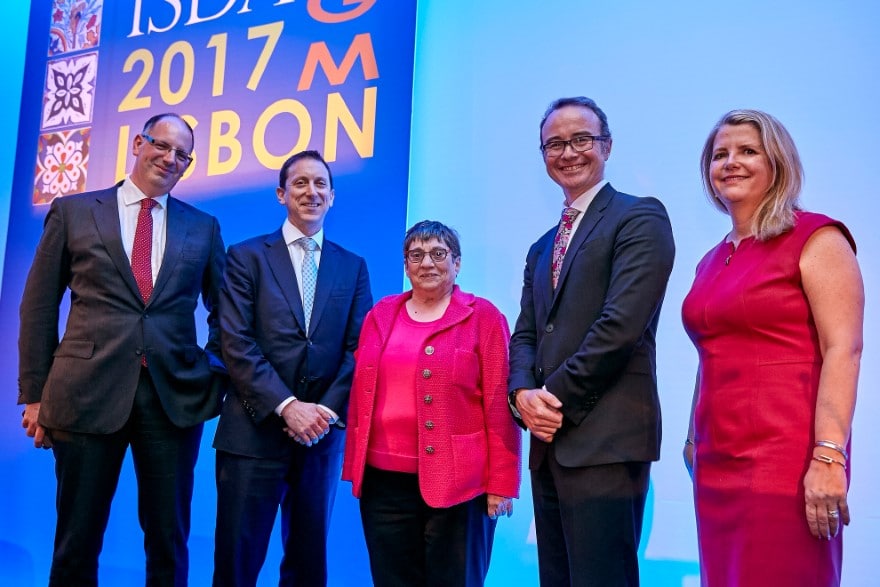 Impressed by her performance, ISDA promoted Tew Darras to interim general counsel following the departure of David Geen. Soon the “interim” was removed from her title, affording Tew Darras a bigger pulpit for emphasizing the need for compliance that goes beyond what’s on the books, as well as prudency in all electronic communications.

Litigation can best be avoided when there’s not even the appearance of an enterprise straying outside the margins, she so often reminds. And she’s got plenty to do without that distraction, the regulations and market structures evolving fast and changing the dynamics of a global derivatives market whose complexities could test the intellect of the most informed banking lawyer.

“In law school I didn’t even know what a derivative was,” she says with a laugh. “Now, I work at an association whose mission is to represent all market participants globally, promote high standards of commercial conduct that enhance market integrity, and lead industry action on derivatives issues.” 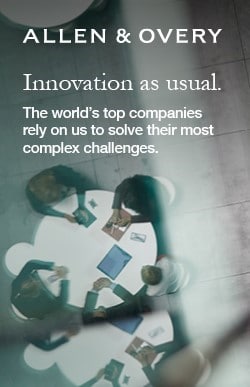 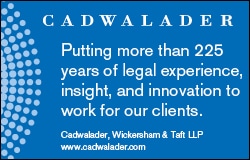 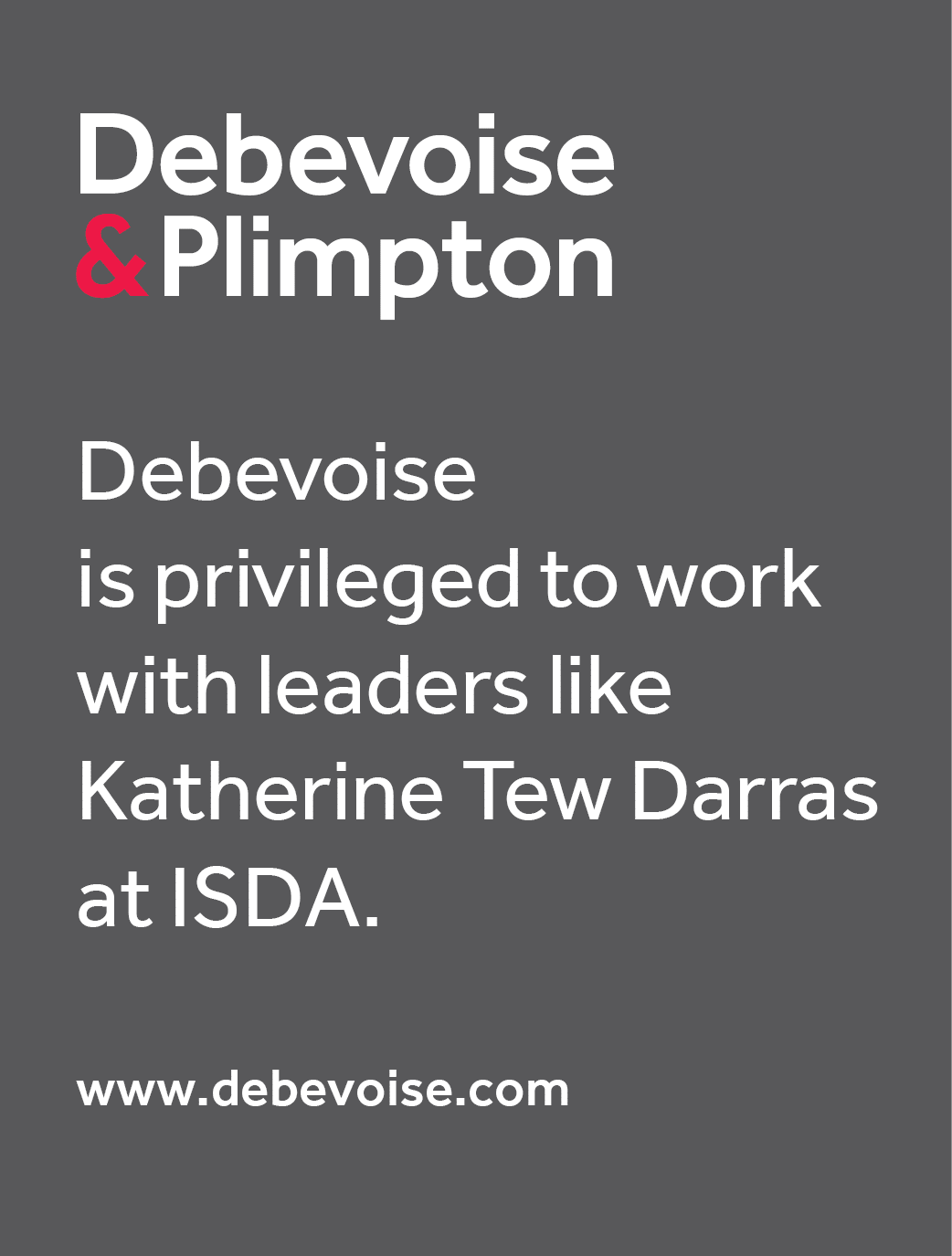 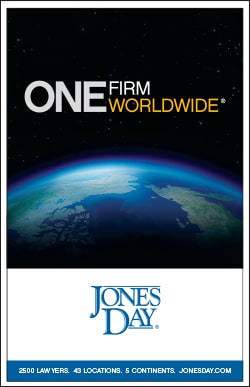 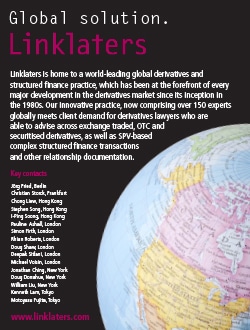 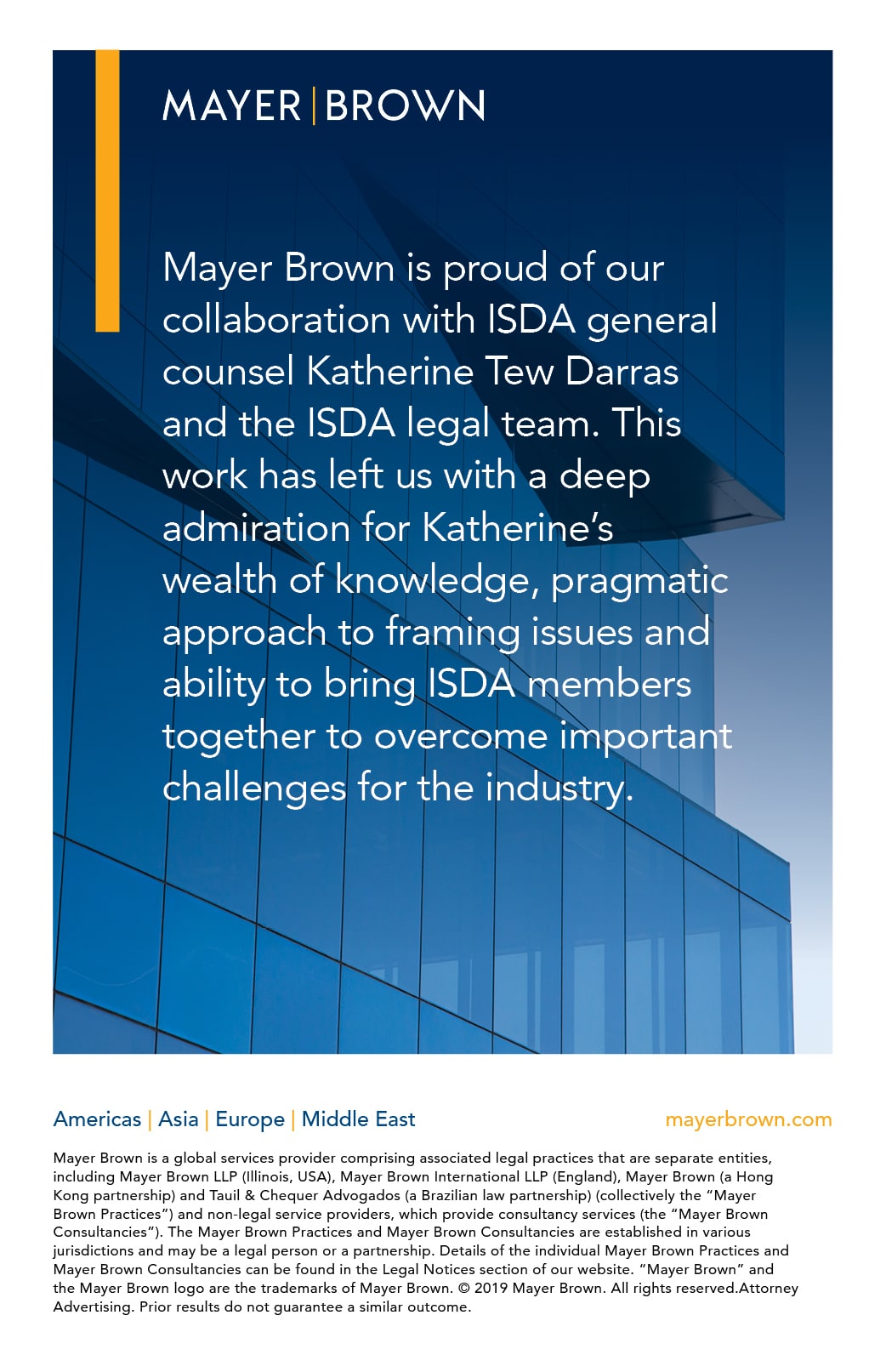 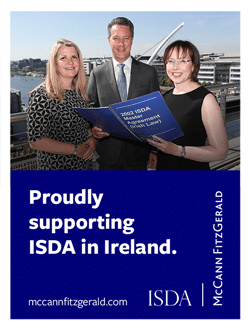 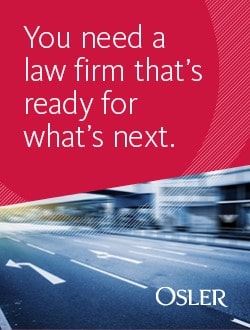 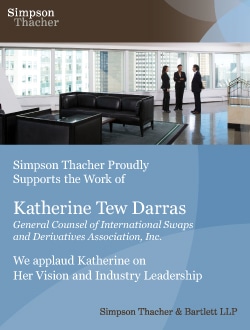