Behind every small, sweet, perfect cherry tomato on a plate is a human story.

A person supporting a family played a role in that plant’s development—whether it was carefully planting a seed, watering a vine or handpicking the perfected fruit. At least that’s how Skip Hulett, the first vice president and general counsel of NatureSweet, the largest North American greenhouse grower of tomatoes, sees it. 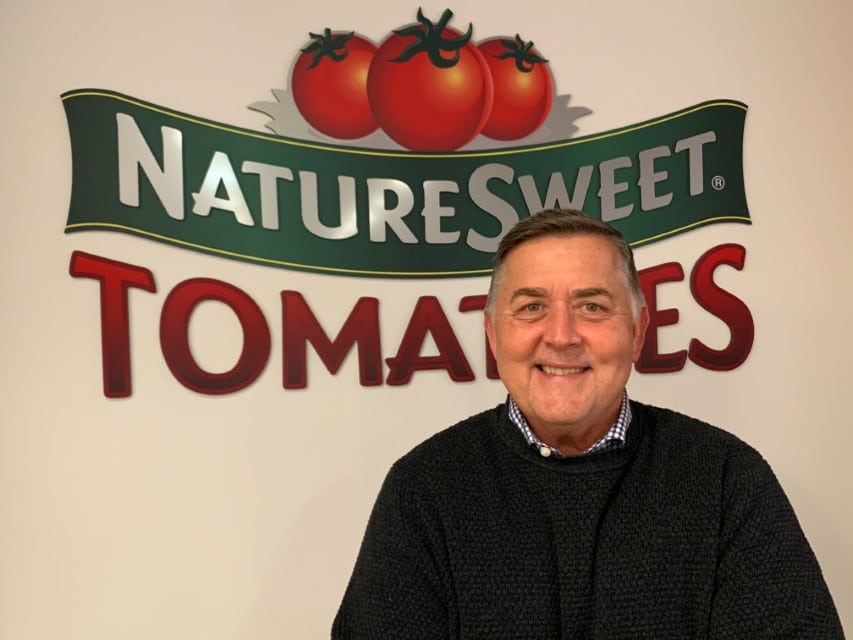 “Over a decade ago, our leadership posed the question: ‘What would it look like to unleash the power of people?’” Hulett, says. “We found our answer. We now produce the number one small tomato in the United States.”

This company-wide sentiment that “people come first, no matter what” is one of the reasons why the San Antonio-based business invested millions in growing greenhouse vegetables year-round, Hulett explains. Those agricultural innovations are helping to keep families together in an industry fraught with the booms and busts of seasonal growing.

“We don’t see our people as workers—we see them as remarkable humans with infinite possibilities, capable of anything,” he says.

Founded in Devine, Texas, in 1990, NatureSweet began as Desert Glory and started with one product—cherry tomatoes—now called Glorys®.

In the years following its humble beginnings, NatureSweet built multiple greenhouse facilities in Mexico and in 2013 acquired more than 300 acres of high-tech greenhouses in Arizona. With momentum building, NatureSweet partnered with Ganfer in 2016—a premium Mexican grower—bringing the number of greenhouse acres to well over 1,600. 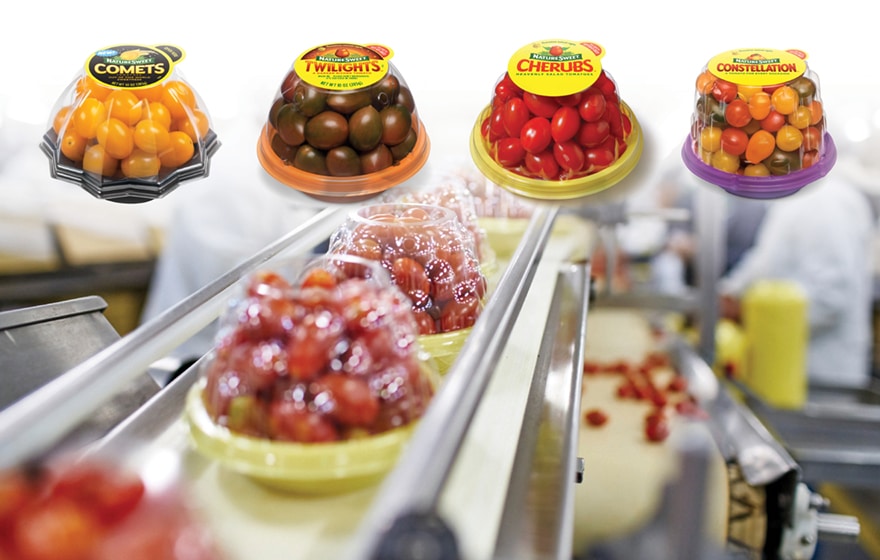 Today, NatureSweet is the largest greenhouse grower in North America, having expanded its brand by launching additional cherry and grape tomato brands under the NatureSweet umbrella, including Cherubs®, Glorys®, Constellation®, Twilights®, D’VINES® and its latest innovation, Comets™.

But it’s not just the business or the acreage that has grown and transformed since the Desert Glory days.

“When you can grow all 365 days of a year, an agricultural worker has a year round job and doesn’t have to be away from their family. It’s a quality of life issue,” says Hulett, adding that employees—referred to as associates—have a newfound pride in their work as the business has become a rare source of stability in this often boom-and-bust seasonal industry.

Year-round production is also a boon to consumers, he says, giving them more consistent pricing, as well as high-quality produce any time of year.

“At NatureSweet we start with the best seeds that are nurtured throughout the greenhouse-grown process then handpicked off the vine at the peak of sweetness to provide consumers with high-quality tomatoes all year long,” he says. “Consumers love our tomatoes.”

There are different legal viewpoints and conflicts within the tomato industry, going back to the 1990s, that continue to play out.

As Hulett explains, recently the Department of Commerce terminated the 2013 suspension agreement at the request of the Florida Tomato Exchange (FTE) which automatically resulted in a 17.56 percent tariff on all tomatoes coming into the United States from Mexico. 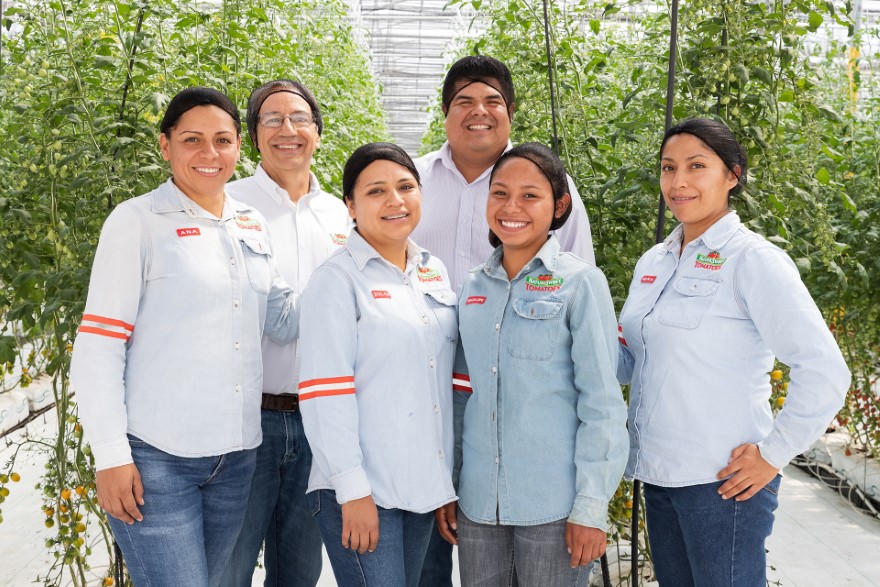 To cover the tariff, NatureSweet found itself faced with having to deposit roughly $1 million a week with U.S. Customs and Border Protection. This lasted for several months until a new suspension agreement was put in place. In the trade dispute before the International Trade Commission, lawyers for open field growers argued that “a tomato is a tomato is a tomato,” Hulett explains, while passionately disagreeing.

“A ‘snacking’ or ‘specialty’ tomato—like NatureSweet grows—is very different from the large field grown tomatoes typically produced by much of the U.S. tomato industry,” he says. Field grown tomatoes—such as Roma and Rounds—are often picked green and gassed with ethylene to ripen them—a process not practiced by NatureSweet, which harvests fruits when naturally ripe for a superior texture and sweeter taste.

“I’d be the first to tell anyone who will listen that we were collateral damage in this trade dispute and clearly did not belong there. This should have never happened,” he says.

To his point, most varieties of tomatoes NatureSweet grows today didn’t exist when this trade dispute between FTE and the Mexican growers began.

“Our product is clearly a ‘separate like product’ and our government needs to recognize this,” Hulett says. “I am confident they will soon get this right.”

No stranger to the courts, Hulett started his legal career with a J.D. in 1983 from Texas Tech University School of Law after graduating from Lamar University.

A hallmark of his career was being appointed as the 317th District Court Judge for Texas by former President George W. Bush who was governor at the time. He completed a four-year term in 1997 for a retiring judge and was also awarded the “Outstanding Young Lawyer Award” by the local Bar Association for professional proficiency and service to the profession and the community.

Following that post, he served as Of Counsel at a Beaumont and San Antonio law firm with a primary focus on mediation and negotiation. 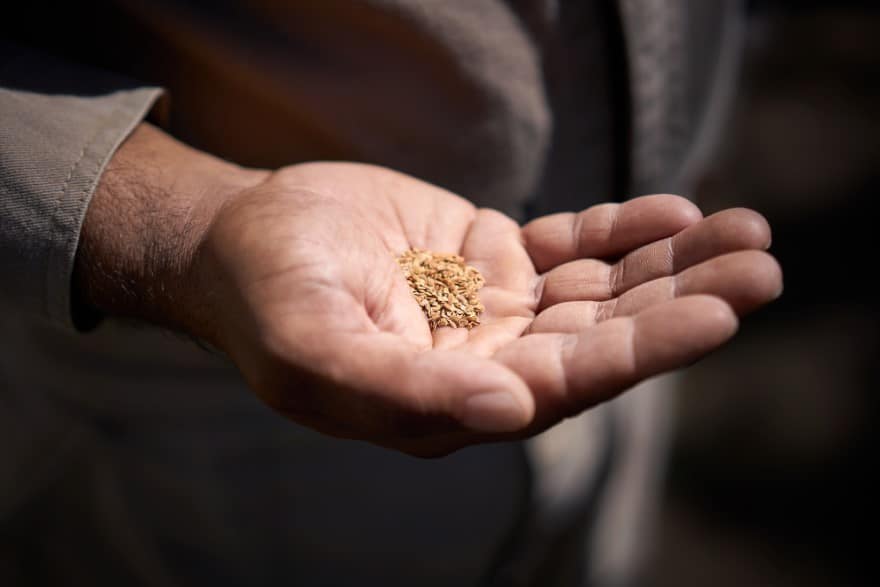 Later, in 2003, Hulett got a position as executive vice president and general counsel at Goodman Networks. Over more than 13 years, he helped the high-growth telecommunications company increase its revenue from $15 million to more than $1 billion. In 2017, he started his own consulting business, providing legal guidance to several growing companies, until taking the post at NatureSweet in 2018.

All the while, Hulett proudly served on the Board of Directors at Christian Unity Ministries for almost 16 years starting in 2004. He also serves as an elder at nineteen: ten church which he and his wife Susan helped start in 2004, now one of the Top 100 fastest-growing churches in America according to Outreach Magazine and LifeWay Research in 2015.

Together we reap what we sow

As Hulett shares, NatureSweet’s leadership is often asking associates the question: “What do you really want?”

“NatureSweet’s purpose is to encourage abundance and unlock the power of people to enrich their own lives. Life offers an incredible bounty for those who contribute to it, and the combination of nature and ingenuity is big enough to make all our dreams come true.” 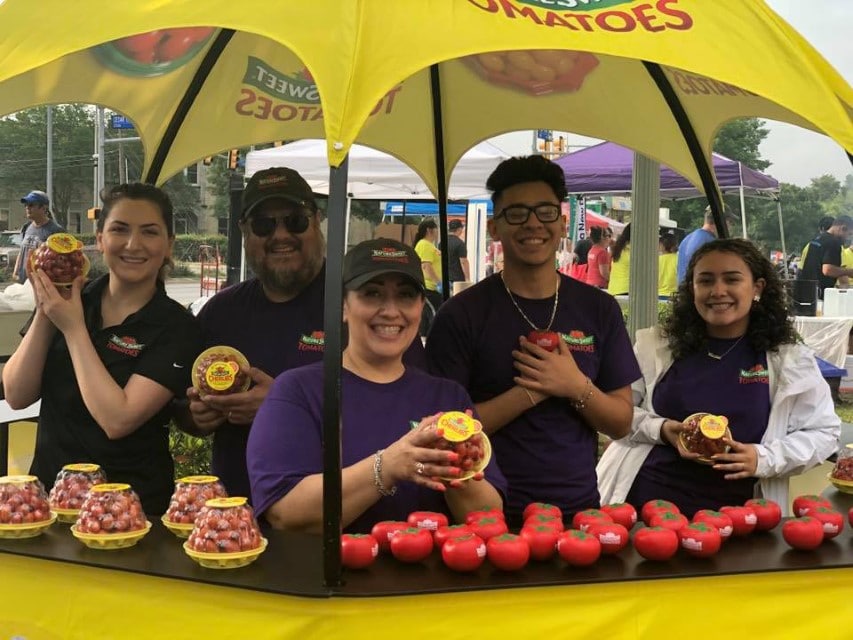 In that vein, he loves the challenge of an industry that’s more intricate and complex than people can imagine.

“We are working with mother nature, the government and human beings. It means a lot to be working at a company that places incredible value on human beings. It is rewarding to come to work every day,” he says. 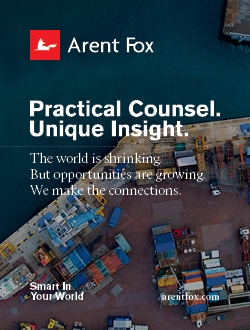 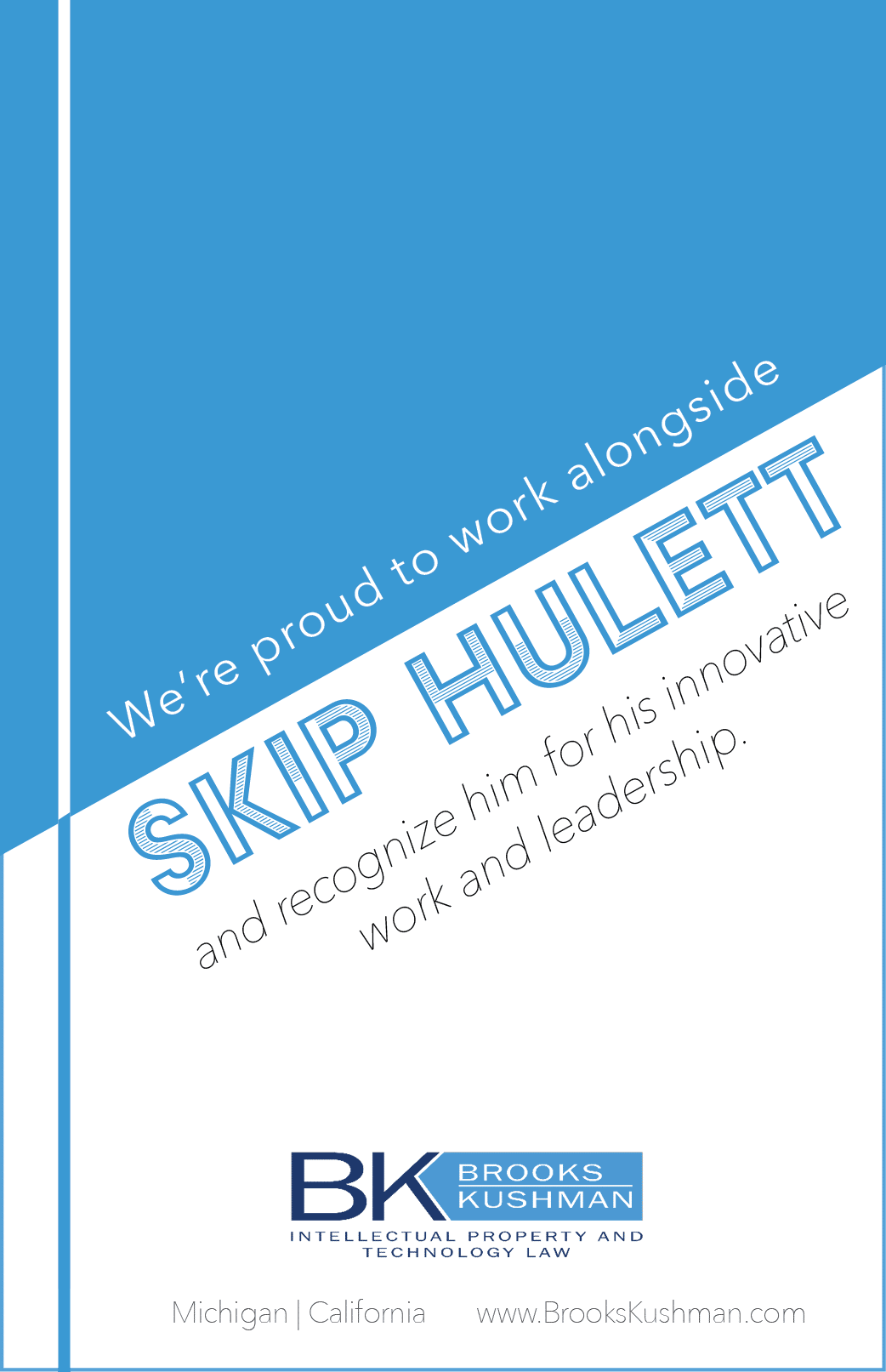 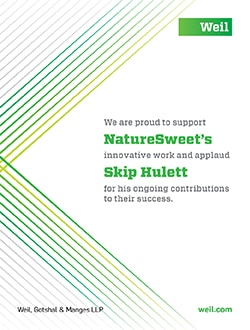