‘Serving those who serve’ in challenging rural healthcare

In sheer verdant beauty, few places in America can hold a flame to western North Carolina. Though its days as a frontier outpost are now centuries gone, there endures—in the sparsely settled bluffs and valleys strung along its outer reaches—a pioneering sense of community.

The flip side you likely know: the dwindling economic opportunity and attendant poverty; the underfunded schools; and a healthcare infrastructure forced to bear an ever-increasing burden. 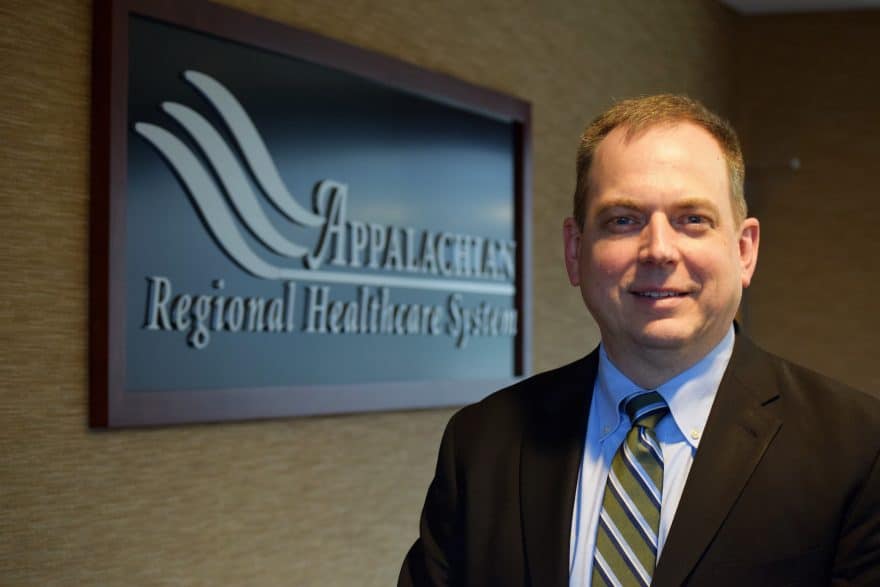 Thomas Huyck understands he can’t simply wish those challenges away. What he can do is help make life a little better for thousands in western North Carolina.

He even has a phrase for it: serving those who serve, meaning the myriad doctors, nurses and other providers on the front lines of a shifting landscape. It’s a mantra that’s stuck with Huyck since his halcyon days chairing a healthcare practice group at James-Bates-Brannan-Groover LLP (JBBG), the Georgia firm he called home for nearly two decades.

As the chief legal and corporate compliance officer for Appalachian Regional Healthcare System (ARHS), Huyck has parlayed a professional soul search into a role rife with demands and opportunities.

“Healthcare is an incredibly challenging environment right now,” Huyck says. “The test for systems like ours is to be nimble enough to adjust to new technologies, while still providing quality care to the largest number of people. Everyone is being forced to do more with less.”

Huyck calls it “death by a thousand cuts,” whereby thinly stretched healthcare systems are seeing their services compromised by macro-level industry forces—rising premiums, national laws in limbo and the like.

Nevertheless, for providers like ARHS, the goal remains the same: to offer the best healthcare as efficiently as possible.

For Huyck, strengthening and streamlining compliance is crucial to that overall calculus. Far from being the “land of no” manifest in so many legal departments, Huyck thrives on finding ways forward that few believed were there. 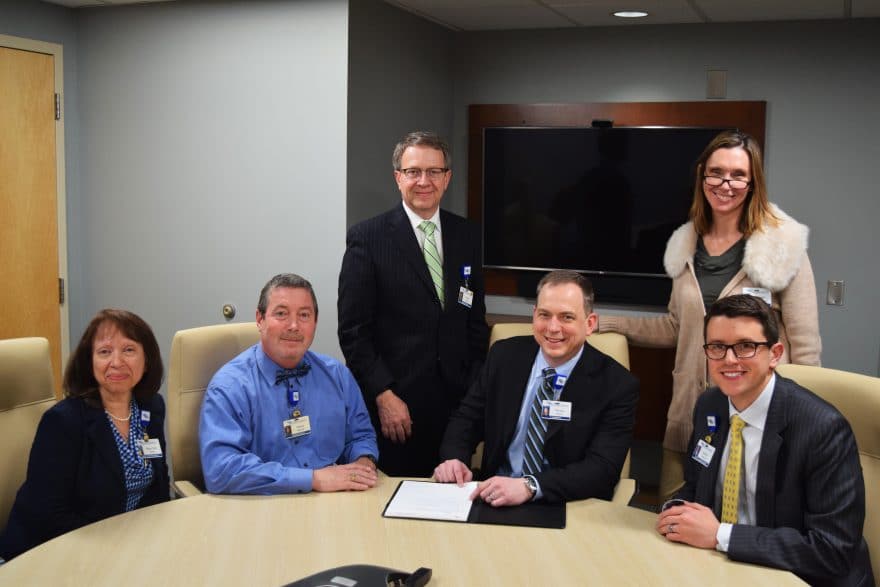 “I learned a long time ago as a private attorney advising clients, that it’s always easy to say no,” Huyck explains. “What’s more challenging for me, what I find fun, is to say—even if we can’t accomplish it in the way the client initially envisioned—maybe we can find another way to achieve the client’s goals and still remain compliant. My job, as in-house counsel, is to be a problem-solver.”

That he’s only held the post since last February, when he and his wife and two daughters first made the journey north, underscores just how big an impact Huyck has had in his short tenure at ARHS.

As with most law firm veterans who move in-house, Huyck says his biggest learning curve came with the sheer range and types of matters he was asked to weigh in on. As one of the heaviest regulated industries in the country, healthcare has rules and regulations that require constant monitoring. Huyck’s position affords a broad view and influence on the systemic workings and strategy of ARHS. He’s able to implement measures for improved efficiencies as simple as consolidating contracts into a single system, or as highly wired as bolstering network security.

“The security question is definitely foremost on our minds,” Huyck says. “As with anything, it requires an ongoing educational process and remaining alert.”

He might’ve cut his analytical teeth working for the U.S. government, but for Thomas Huyck, there’s only one Washington he’d ever dream of calling home.

Located about an hour from Athens, the city of Washington, Georgia— with its antebellum architecture and charming downtown thoroughfare—feels as far from the D.C. drama and bustle as one can get. It was here that Huyck spent his formative years, before earning his bachelor’s at Mercer University in 1992.

After completing his master’s in public administration at Valdosta State University, Huyck accepted a post working for the Naval Hospital in Cherry Point, North Carolina, where he remained for two years. Eager to flee the bureaucracy, Huyck returned to Mercer in the fall of 1996, earning his J.D. three years later.

From there it was on to JBBG, the Macon- and Atlanta-based firm that would be Huyck’s home for the next 17 years. But while his duties early on ran the legal gamut, Huyck says healthcare eventually became his niche. 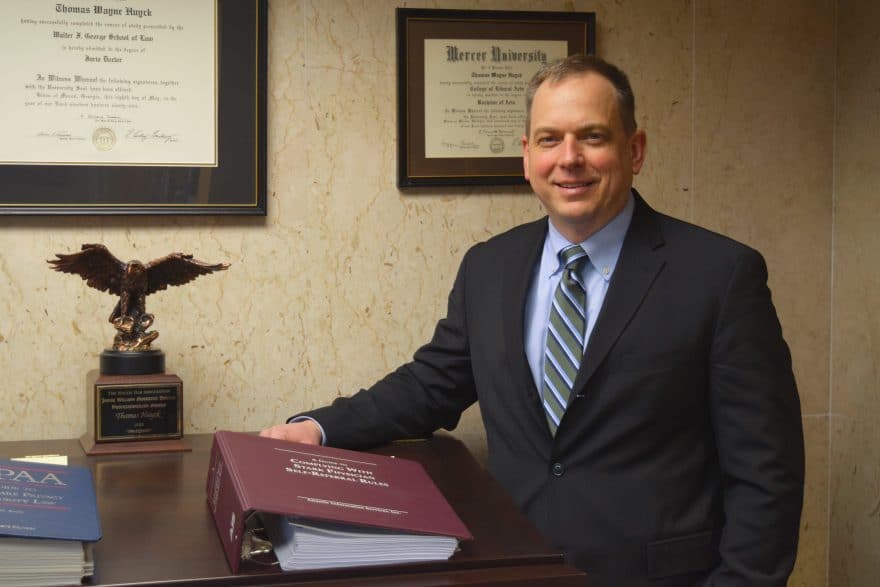 “I think what drew me into that world was that pride in knowing the work I did had a meaningful impact on real people,” Huyck recalls.

As chair for the firm’s healthcare practice group, Huyck advised hospitals and individual providers on everything from regulatory compliance to litigation. Those contributions eventually earned him an equity partnership, a title Huyck retained for his final eight years at JBBG.

They also reinforced Huyck’s growing belief that, more than being a mere passion project, the healthcare field was where the 48-year-old wanted to finish his career.

Armed with the lone, wife-issued caveat that the family not move to Alaska, Huyck began his search in earnest. He was hired by ARHS about a year later, relocating to the health system’s Boone, North Carolina, headquarters while his two teenage daughters finished out the school year back in Georgia.

Now reunited and reveling in the town’s community and eclectic culture (Appalachian State University calls the town home), Huyck says he couldn’t be happier—both with Boone’s hiking-friendly climate and, more importantly, the nature of the work itself.

“There’s a quality of life in the High Country that I think needs to be encouraged,” Huyck says. “To be able to help that cause every day is a pretty special privilege.” 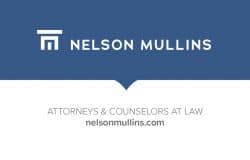