Navigating the waters of insurance and real estate services

It might seem like a long shot—or perhaps a long “line” would be more appropriate—but correlations can be made between the legal aspects of insurance, real estate services and fly-fishing.

That’s according to Kevin Rakowski, who has been deeply involved in both the sport and the industries for some time. As he has learned, they each require a sense of equanimity and patience; a willingness to work with the push and pull of the currents; and an ability to navigate sometimes muddy situations. 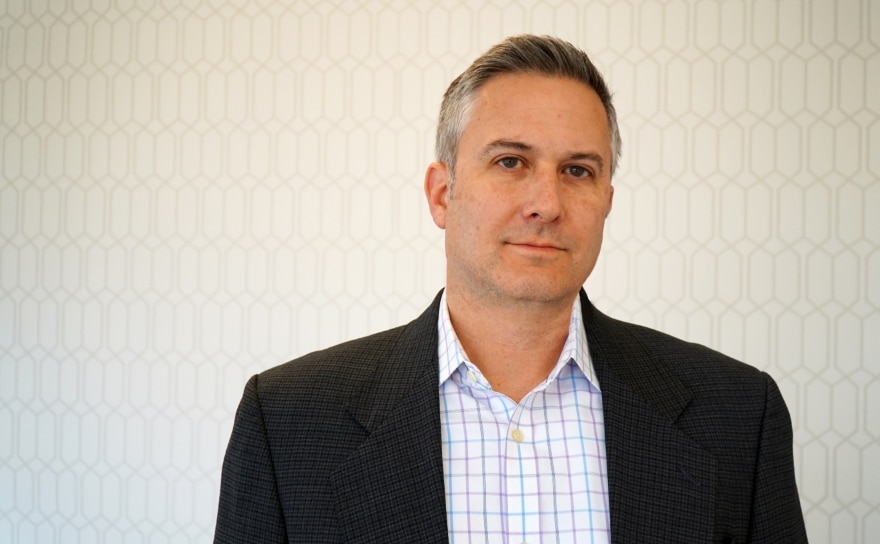 “Working in the gray area is something I’ve developed a taste for over the years,” says Rakowski, who serves as senior vice president and deputy general counsel for compliance at Radian Group Inc.—and has also been an avid fly fisherman for 20 years. “It’s coming up with a solution when it’s not a black-or-white, yes-or-no answer.”

Based in Philadelphia, the publicly-traded Radian offers private mortgage insurance and a suite of real estate services through its group of subsidiaries.

As Rakowski explains, Radian specializes in the mortgage insurance space and the real estate services space. Although these industries often work in tandem, they are distinct, and the regulatory framework surrounding each can be complicated and unclear.

This means that he and the Radian legal team of roughly a dozen have to maintain a balance and stay ahead of legal and regulatory changes as they provide advice, guidance and oversight of all aspects of Radian’s regulatory and compliance functions—from new product development and marketing to pricing, consumer protection, licensing and underwriting, policy creation, code of conduct, ethics compliance and training. 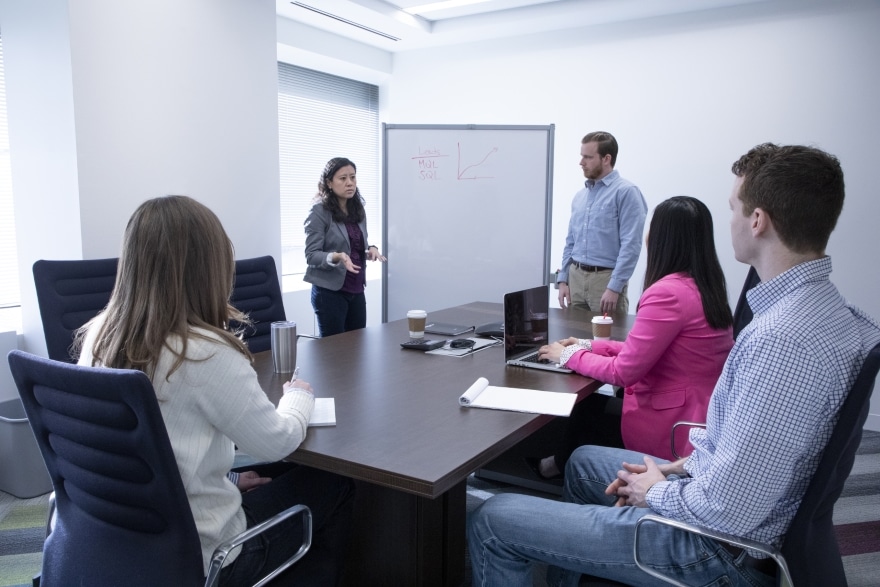 Private mortgage insurance, in particular, is rapidly evolving to meet increased competition, transformation in the mortgage production process, and an ever shifting regulatory landscape, as the residential real estate industry goes through its cyclical ups and downs and sees new technology innovations, he says. To meet demand, Radian hopes to expand its products and services. This constant change requires flexibility in addressing new and old legal and compliance issues, Rakowski explains.

Meanwhile, to stay ahead of the rapid transformation in the industry, the company is focused on best practices around data governance, privacy and cybersecurity—and the best technologies to manage each of those. “Radian has a desire to be at the front edge of that,” Rakowski says.

Discussing his strength for legal “gray areas,” the Temple University James E. Beardsley School of Law grad uses the analogy of a well-stocked toolbox. Some lawyers operate as if they are a hammer and every problem a nail; but in his business, different problems require different answers and approaches. In other words, often you just need a different tool, or more likely, a whole bunch of different tools.

“It’s not a ‘my way or the highway’ exercise,” he says. “It’s a collaborative approach to finding a solution.”

Similarly, he says Radian underscores a culture of compliance that begins at the top; leaders engage employees and ensure that they understand why they should follow the rules—not just how or when. It’s about doing the right thing for the right reason, Rakowski says, and providing avenues for people to report out-of-the-ordinary activity.

“The culture is driven by the people,” he says. “Whether Radian was in the mortgage space, the data space, or if it were stamping out widgets, it would still be a great company to work for.”

Rakowski joined Radian in November 2015, after working for more than 17 years in private practice. He got his start in insurance, moved on to more general commercial and business disputes, then the mortgage industry after working with client Countrywide Financial (now part of Bank of America).

“I had been in firms my entire career until that point,” Rakowski says, describing the experience as “being on the outside looking in.” “I wanted to see what it would be like to be part of the overall effort of a company, a part of the ecosystem.” 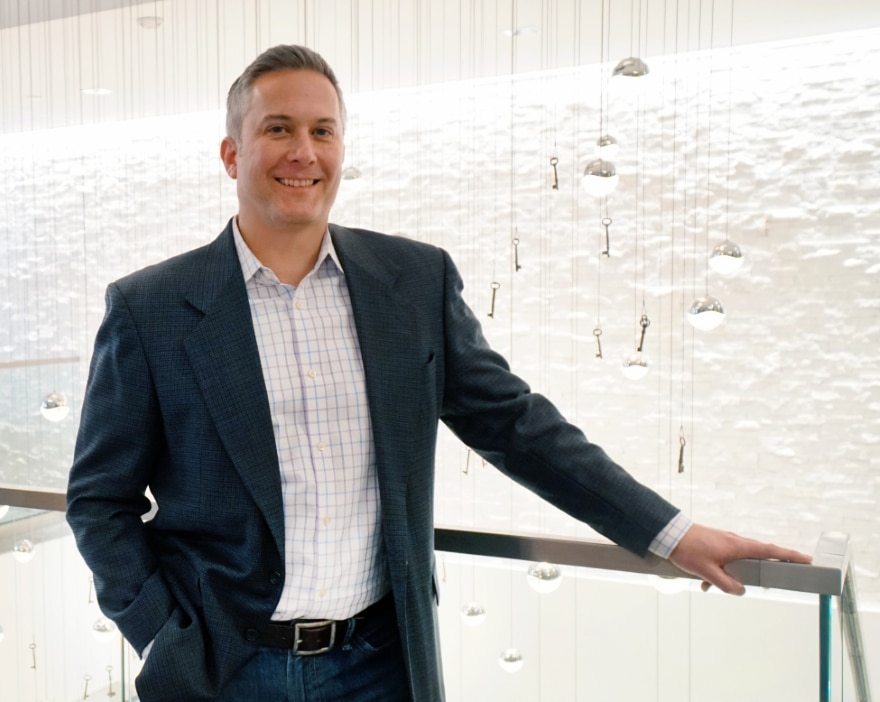 Radian happened to be one of the few financial services companies headquartered in his home base of Philadelphia. While he was well-versed in the mortgage industry, private mortgage insurance was a new challenge for him.

“It had some degree of familiarity with a new twist,” he says. “It was interesting and challenging, but at the same time, not completely foreign to me. I feel like what I do every day has real impact on what the company does and the direction it goes in.”

Initially, he was drawn to the law because of its social aspect. He identifies as a people person who has the ability to compromise, manage and respond to personalities in a way that guides constructive behavior.

“Law is a relationship business, it involves psychology,” he says. “When I went into law, I didn’t want to just sit there and do the same thing day in and day out. I like the problem-solving aspect.”

And when you play it right, you catch a fish or two. 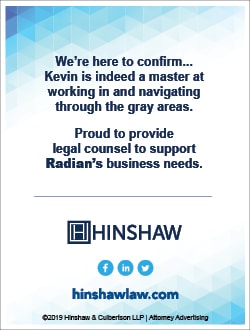 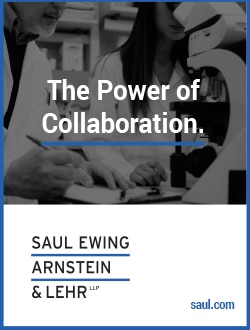