Transactional lawyer who may take one for the team

Three times in his career Larry Mitchell has helped restructure and transition companies knowing that he’d need a new job at the end. But, as he notes, he ultimately serves the board, and the board’s agenda takes precedence.

Right now, restructuring is not a concern. Mitchell will soon complete his ninth year as general counsel of Fiducial, Inc., the U.S. subsidiary of French parent, Fiducial SA, which provides multidisciplinary professional services to mostly small- and medium-sized businesses. Its holdings include Federated Fiducial, a provider of funeral home management services, and Jade Fiducial, with its team largely consisting of French nationals working in the United States and serving the French expatriate community. 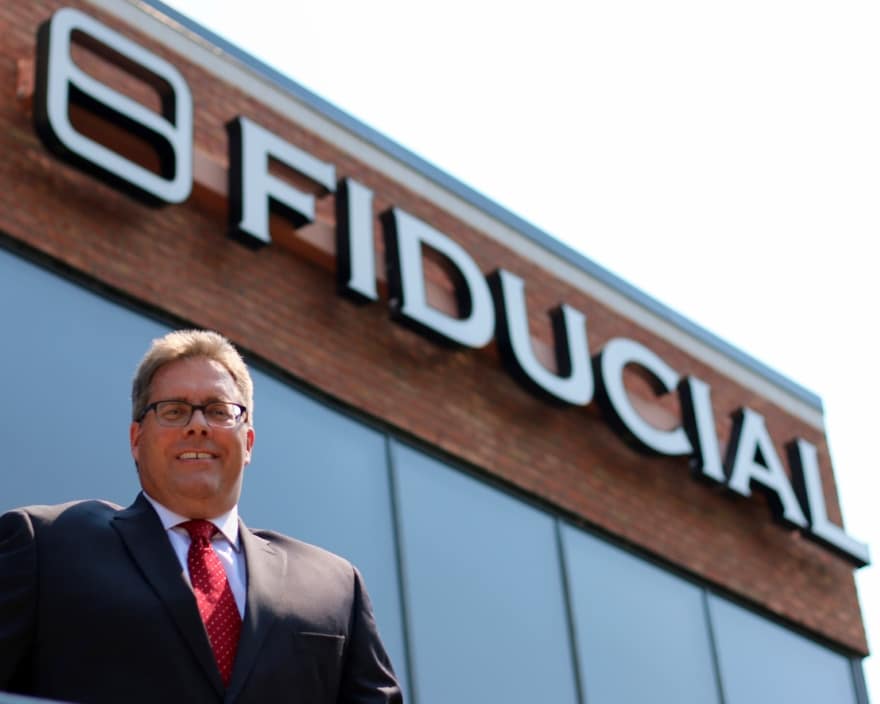 Mitchell, very experienced with M&A work, helped guide Jade into the fold in 2015 as one of Fiducial’s marquee U.S. transactions. “Being a French-owned business, there’s been very good synergy,” he says. “But lately it’s posed some unique challenges.”

Annually, Mitchell and his senior paralegal normally process 15 to 20 E-2 visas for French nationals seeking to work in Fiducial’s U.S. network. The past two years, however, have not been normal, COVID-19 precluding most U.S.-European travel as well as posing other logistical problems for Fiducial employees.

For instance, the final step in the visa process is an employee interview at the U.S. Embassy in Paris, but interviews were put on hold during the months-long Embassy closure. Though the Embassy has reopened for interviews, there’s a backlog of applicants and some U.S. Fiducial employees’ visas expired in the meantime.

With the help of outside immigration specialists such as Herve Linder at Ernst & Linder, Mitchell’s facilitated a path for French employees temporarily to work remotely from France, while also managing requirements for those already in the U.S. during COVID-19.

Mitchell says he’s overcome the obstacles just as he’s done with other companies.

Mr. President for a spell

There was his role overseeing legal at AM Communications, a small publicly traded provider of cable TV products and services that morphed into something unexpected. When its primary lender cut off funding, the board opted for Chapter 11. Mitchell was incommunicado at the time on a long-planned fishing trip on a remote Quebec lake, reeling in northern pike and walleye. Finally, getting cell reception at the end of the trip, he caught up on voicemail and learned that AM’s board had named him interim president.

“A battlefield promotion in absentia,” he says with a laugh. “The president resigned, and the board reasoned that since bankruptcy was a legal process, the best choice for interim president was the company lawyer.” 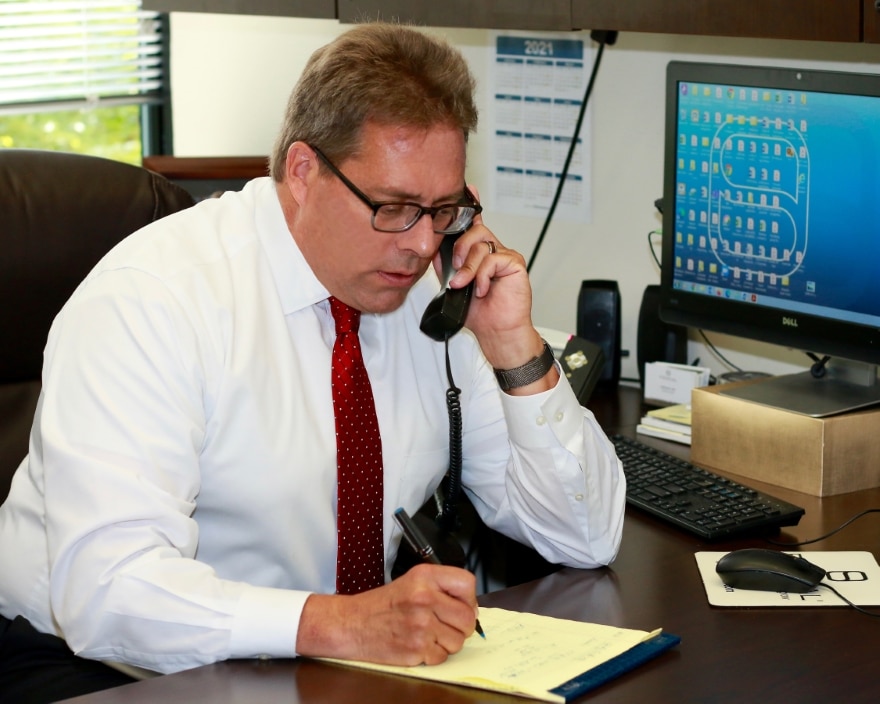 For nine months, Mitchell was immersed in restructuring that resulted in AM’s operating assets being split up and sold.  Overall, a successful reorganization, he says, as creditors were 100 percent reimbursed, over 90 percent of the workforce retained their jobs, and shareholders of the lightly traded company incurred minimal losses. Mitchell worked himself out of a job, but still views it as a rewarding and successful endeavor.

“From a career standpoint, I feel very good about my opportunity to act as president of the company,” he says. “As planned, I brought AM through bankruptcy, sold three business units, saved jobs and minimized the pain.”

Mitchell became vice president and general counsel of RWD Technologies shortly after the AM restructuring. His eight-year stint at this professional services company was also very challenging and personally satisfying, he notes, with RWD’s revenues more than doubling with rapid growth and international expansion from 2004 to 2009.

“A lot of that growth was driven by the software products division for which I handled all licensing and sales support work,” he says. “The strategic partnership agreements with major companies and value-added reseller agreements with worldwide partners were crucial.”

When the family that owned RWD exited, Mitchell was again tasked with leading transactions that would ultimately displace him. First, he managed the software division as it spun off to a private equity group. Later, the services business was sold to a competitor. Once again, Mitchell was a free agent, but not for long.

Fiducial, in expansion mode, onboarded Mitchell in 2012 shortly after he completed the windup of RWD. For several years he was primarily focused on M&A. Fiducial was growing through acquisition, the targets ranging from small accounting firms to larger services providers and new offerings that would expand the Fiducial model. 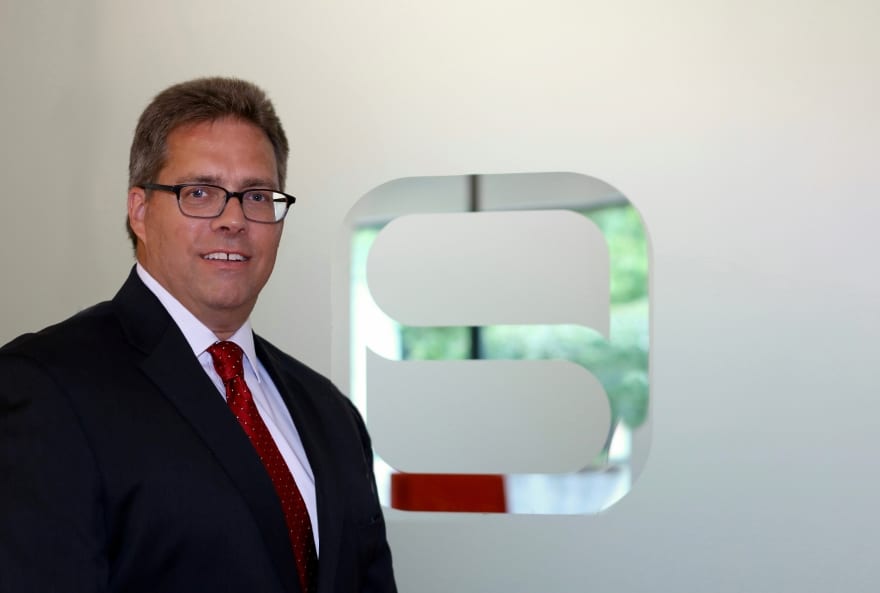 The pace has slowed recently as President Christian Latouche has emphasized integration of the acquired businesses that include a government contracts support firm and a cloud services business, as well as Jade Fiducial. Mitchell, who’s quarterbacked so many transactions, now finds himself doing more of the traditional legal blocking and tackling as Fiducial’s business grows organically.

“Describing myself, I’m a versatile and experienced corporate generalist,” he says. “But I’ve made my biggest contributions leading key M&A transactions and supporting the growth of technology-oriented companies.”

An Ohio State University Moritz College of Law grad, Mitchell has held several in-house positions since focusing on business law with Cummings & Lockwood in Stamford, Connecticut.  His resume shows he fits with businesses in telecom, broadband, software, cloud-based services and whatever else the tech universe will offer.

After Cummings came positions at Gould Electronics and KSI Inc. At KSI, a wireless location technology company, Mitchell had his first general counsel role and his first experience working himself out of a job, overseeing the company’s sale to a well-funded competitor. This was followed by stints with Zeroplus.com, NeST Technologies, AM Communications, RWD Technologies and Fiducial.

Even though times may be uncertain with maturing companies, the husband and father of two teenage boys has relished his in-house roles.

“You have the opportunity to work closely every day with your only client,” he says. “I really enjoy standing side by side with business executives and managers addressing the latest business challenges and achieving our overall goals.” 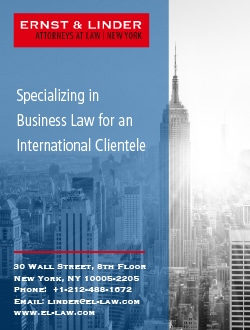