It’s a billion-dollar-plus industry, facilities maintenance and management, and NEST has been garnering an incrementally bigger piece of the turf since the company’s 1994 founding in Gloucester City, New Jersey, just across the Walt Whitman Bridge from Philadelphia.

“No marquee projects like a big bridge,” Philipp Kaeferle, NEST’s congenial general counsel, tells Vanguard in late August with the construction industry thriving in the mid-Atlantic states and elsewhere. “But everything in between.” 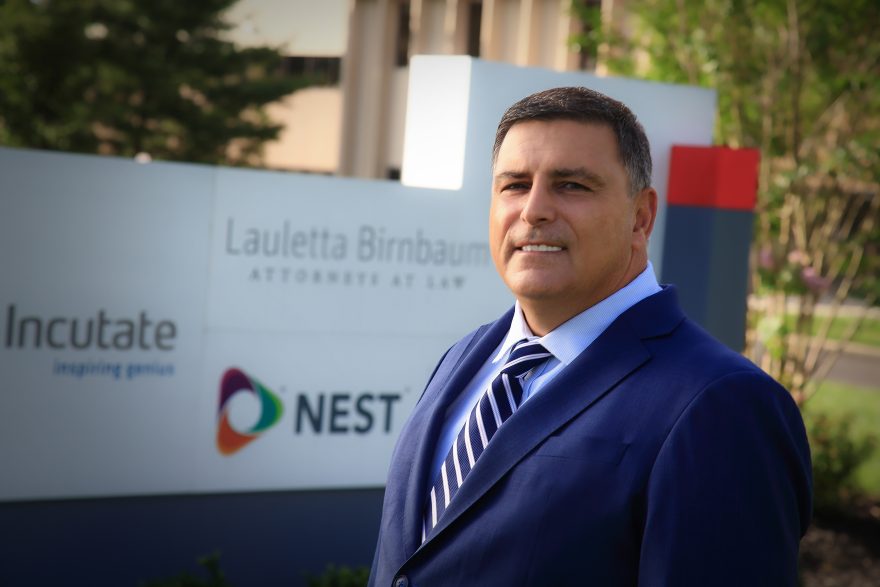 And how the small and modest projects add up, including several million work orders last year, many from repeat customers and referrals in such industries as banking, hospitality, retail, institutional and academic. The calls can be for anything: From basic maintenance like janitorial services and window washings, to plumbing and electric upgrades, to building fit-outs. All with a financial analysis and strategic planning as part of the value add.

Such services being too much for any company to fulfill on its own, NEST relies upon Kaeferle’s savvy in managing a network of around 20,000 independent service providers (ISPs) throughout the United States as well as in Canada and Puerto Rico. His credentials including a Master’s certificate in project management from Villanova and a law degree from Widener University, Kaeferle may be uniquely qualified to seal those deals.

“That’s exactly why they hired me,” says Kaeferle, who became NEST’s first and only general counsel in 2013, after garnering the engineering and legal essentials through a diverse professional life that included the five previous years as general counsel for R.E. Pierson Construction Co. in nearby Pilesgrove, New Jersey. “It made sense to bring in someone who had construction and engineering experience. I’ve always dealt with contractors. That’s what gave me the competitive edge during their search for a general counsel. It was a comprehensive and very diligent process they undertook.”

An acronym for Negative Expense Systems Technology, NEST has carved its niche as a primary contractor for construction and facilities management that far transcends the upkeep of commercial properties. 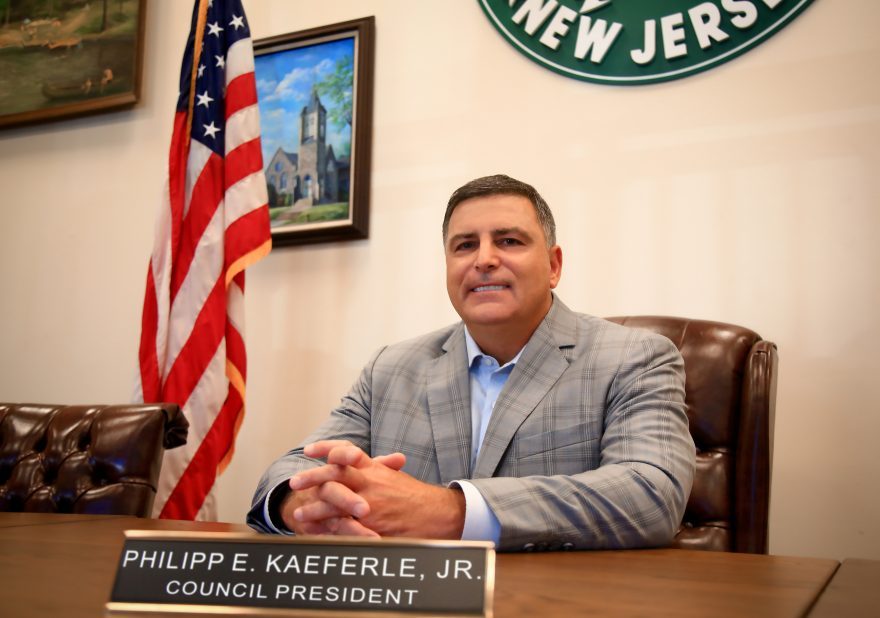 “Specifically, we assist our clients with looking at their business through financial, strategic and tactical lenses. We build them an execution strategy that utilizes our proprietary ISP Network and technology, using business analytics and measurements tools as the base. We become the client’s business partner so they’ll know what their budget requirement will be long term. We don’t just finish a project and leave.”

Much of Kaeferle’s contribution to NEST’s all-around efficiency comes from his shrewd negotiations with clients and ISPs who hail from so many different industries. Having hands-on experience in paving and concrete structures from his engineering and construction days, Kaeferle knows what to look for from the service providers.

“In any contract there’ll always be give and take, and my goal is to put together an agreement that’s fair to both parties,” he says. “I know what the hot-button issues are. They understand what they’re signing on for. It’s very rare when we have contractual issues that can’t be resolved.”

Same goes for the interaction between the service providers and the companies they’ve been called upon to service. As Kaeferle reminds, a pharmacy or a restaurant expects its facilities to be running and maintained to brand standards, and they can take comfort knowing that NEST’s service providers are conscientious about even the most humble tasks.

“Every one of our clients has a reputation to uphold,” he says. “They need for their buildings to be kept clean, cool, warm and functioning properly. That’s where we come in, and for that you can credit our owner. He’s a visionary.”

Kaeferle is speaking of Bob Almond, who founded NEST after an earlier career in the healthcare industry that opened his eyes to the seeming disconnect between corporate leadership and companies involved in facilities maintenance. Initially working out of a garage with just a few milk crates and three hired hands, Almond would grow NEST into what’s regarded as one of the Garden State’s best places to work, all while adding satellites in Mantua, New Jersey; Greensboro, North Carolina; and Naples, Florida.

Teeming with over $100 million in annual revenues and a workforce of over 250, NEST is constantly fine-tuning its operations. Later this year, Kaeferle anticipates rolling out the newest release of its software that helps provide a platform for clients to monitor their budgets, services and projects in real time. The analytics are what really has him excited.  NEST is also looking for a new nest, so to speak, with its headquarters in need of an expansion. Further on the agenda may be a West Coast operation. 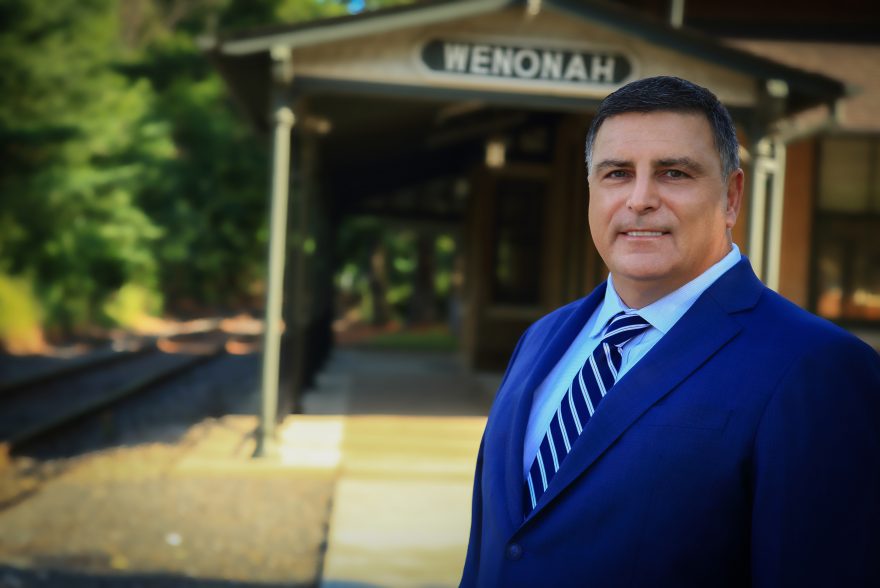 But however much NEST grows, it’ll retain its regional roots and values, especially with so many of its people immersed in community service. The founder and his son, CEO Rob Almond, ensure the company’s participation in numerous children’s charities as well as, among other causes, among them the National Multiple Sclerosis Society, Susan G. Komen for the Cure, and Samaritan Health Care and Hospice.

The past dozen years Kaeferle—a married father of children 8 and 14—has been a borough councilman in his hometown of Wenonah, New Jersey, where he now is the council president, chairs the legal and ordinance committee and sits in on the public works committee. Similarities abound between Kaeferle’s municipal and professional roles, and how his engineering-legal background aids both.

“There are two paths in engineering and law,” he says. “In engineering you design or construct, and I’ve always liked construction in the field. In law you’re either in a firm or at a company where you’re not just looking at the legal issues. You use all your skills to move the company forward. That’s why I gravitated to the in-house role.”

He’ll always be grateful to his first employer, the infrastructure specialist HNTB where Kaeferle, just out of Spring Garden College with a BS in civil engineering, started his career in 1990 as a resident engineer on the Delaware Memorial Bridge. The company incentivized its employees to pursue their education, and a couple years later Kaeferle began his legal studies at Widener.

Since earning that juris doctorate Kaeferle has worked at a firm, been in-house at several companies and served as an adjunct professor of construction management at Rowan University. Looking back at the first half of his professional life, Kaeferle says it’s been largely exempt of peaks and valleys and that’s OK with him as long as everything goes smoothly.

“No job is more important than elevating the company or town to the next level,” he says. “I am passionate about my career because it allows me to use all of my education and training to make things better and I live for the little victories along the way.”

Little victories that have NEST on quite the winning streak. 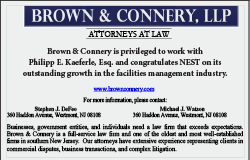 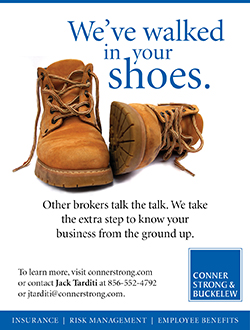