It would be easy to say Larry Kraemer has seen better days at Northwell Health, a comprehensive health care system operating in and around New York City.

After all, even as Northwell Health grows—in part because of Kraemer’s expertise in tax and corporate finance—it’s also been at the epicenter of COVID-19 pandemic. That made it hard to keep frontline staff safe and operations running with more than one third of employees working remotely. 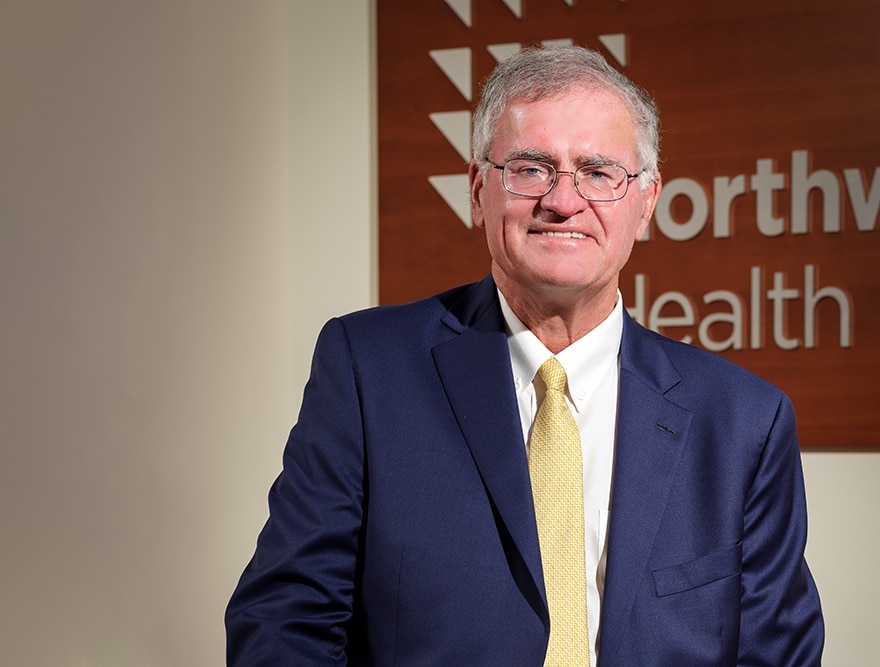 “Michael is a unique individual and wonderful leader,” Kraemer says. “He truly believes in innovation and is not afraid to make a mistake because if you learn something from it, then it can lead to better things.”

Founded in 1997, Northwell Health has its roots in the establishment of North Shore University Hospital and Long Island Jewish Medical Center. Both were built in response to the need for medical care as Long Island’s population boomed following World War II.

Northwell Health has since expanded to 23 hospitals and more than 800 ambulatory care centers, extending from Long Island through Manhattan, Staten Island, Queens and Westchester County. With 76,000 employees and 4,000 employed physicians, the organization is New York State’s largest private employer. 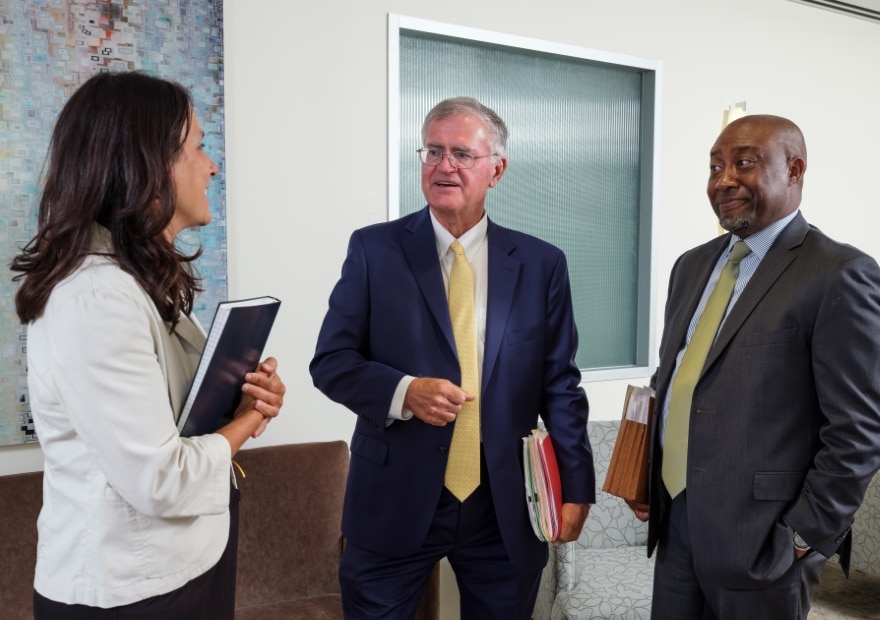 With a background in M&A and corporate finance, Kraemer manages wide-ranging financial matters. As part of that, he coordinates with the New York Attorney General, the IRS and the New York State Department of Taxation and Finance. He also guides a legal department of more than 75 employees, complemented by a compliance department of 75 led by Senior Vice President Greg Radinsky. He says Vice President of Legal Affairs Patricia Dineen has been invaluable leading the corporate group.

In becoming the largest private employer in New York State, Northwell’s employment model has had to evolve in the wake of COVID, Kraemer says. Senior Vice President and Deputy General Counsel Mark Gloade oversees labor and employment matters, including union negotiations and new technologies that enabled Kraemer to hire an attorney who works remotely.

As the pandemic struck, Northwell Health found itself at the epicenter. Its hospitals had the highest rate of COVID-19 patients anywhere. Making matters even more complicated, 30,000 Northwell Health employees shifted to remote work overnight, including the legal and compliance departments.

According to Kraemer, the shift was eased because Northwell Health had already begun preparing for weather-related remote work in the aftermath of Hurricane Sandy, which devastated the New York City area in 2012.

“We were able to make the shift successfully, but Vice President Alexandra Trinkoff and her staff had to respond to changes in health regulations occurring almost by the hour,” Kraemer recalls. “Moreover, the regulatory compliance area led by Paul Kaufman worked closely with Alex and her team.”

With Teams and Zoom platforms already in use and the network protected by the cybersecurity team, not only could legal and administrative staff work remotely; they did so more productively, as measured by metrics in areas such as hiring, onboarding and physician growth.

“We could maintain and keep the pace while hiring for other jobs, and people felt there was a better use of time without a commute,” he says. 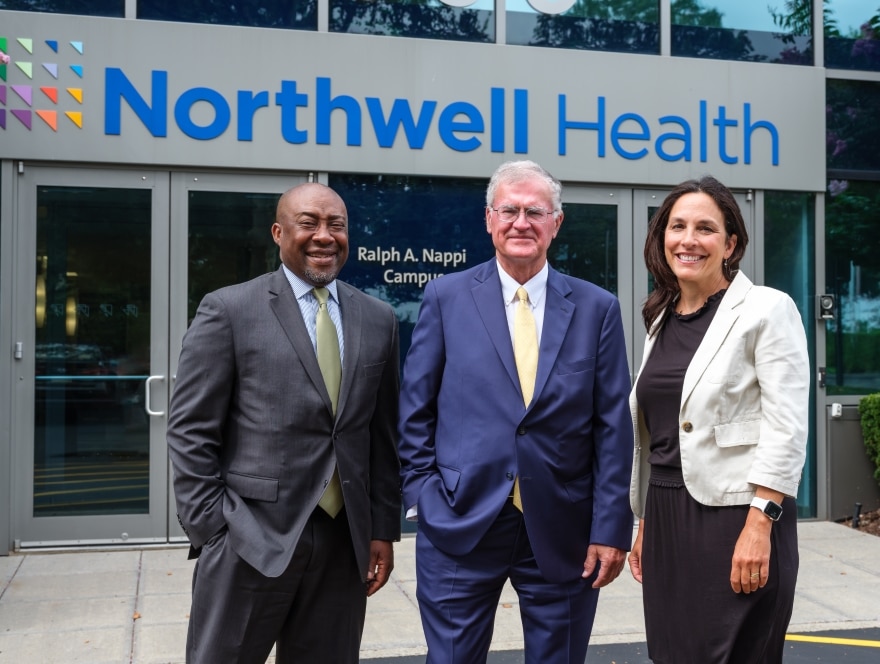 While proud of his internal team and what it’s accomplished, Kramer is quick to praise the firm of Ropes & Gray LLP for providing valuable outside counsel in a variety of practice areas.

While coming of age in Massapequa, New York, Kraemer was in Northwell Health’s coverage area, and he saw how people frequently left the Long Island town only to return to start families.  Not him, though. By first grade he knew he wanted to be an attorney. He also met his wife across the street.

“We were waiting for the ice cream truck together,” Kraemer recalls.

Kraemer earned a bachelor’s degree in political science from Rutgers University in 1978, followed by a J.D. from Boston University School of Law three years later. While knowing he wanted to be an attorney, he hadn’t anticipated practicing health care law until one of his professors emphasized the opportunities and nuances of the newly developing practice area, he recalls.

In 1983, Kraemer earned a master’s of law from the New York University School of Law. Upon joining the accounting firm of Deloitte & Touche, he focused on tax issues for health care and nonprofit entities, and in 1995, was promoted to tax director. 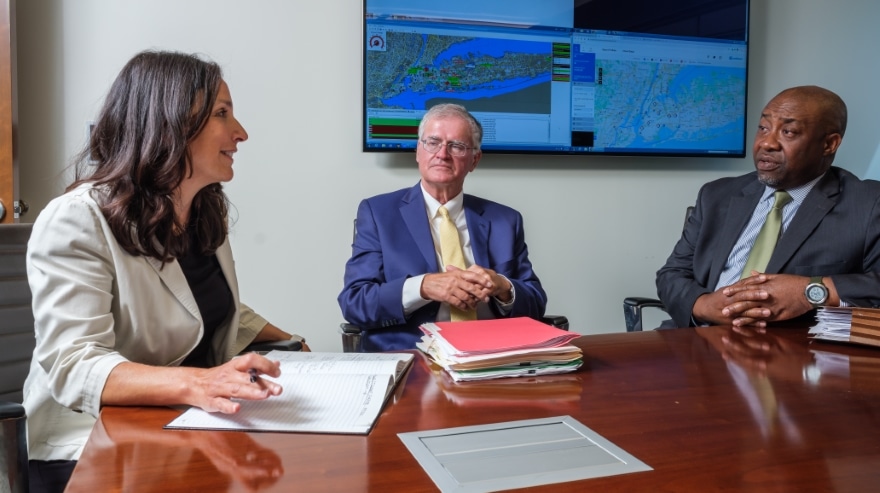 One of the firm’s clients was Northwell Health. When the health care system sought a new deputy general counsel, Kraemer was asked if he knew of any potential candidates. After providing several names, he added his for consideration, and was hired as vice president of legal affairs in 2007.

And while there’s no place like home, there’s also no substitute for the varied experiences the health care industry has brought him.

“We’ve got great continuity in our legal department,” he says. “People are happy, mission oriented and like the way we approach things. What makes it interesting and challenging is health care impacts every type of law… it has to be looked at through regulatory and tax exempt lenses. There’s a lot of opportunities and pitfalls and there’s a lot of creativity that goes into it.” 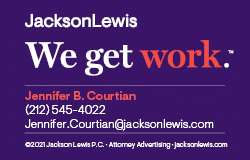 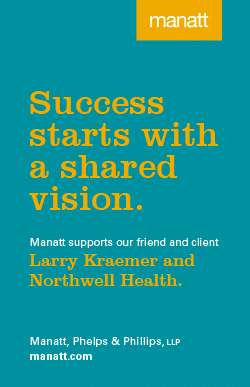 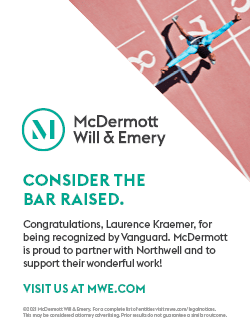 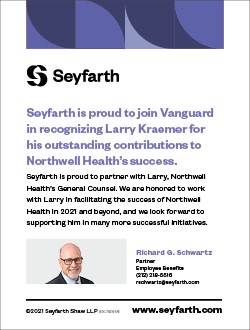