She relishes the role of an in-house lawyer for reasons that include the flexibility to work from home, if need be. Not that the to-do list is any shorter there for Logan Maley. On the contrary as she juggles new motherhood with her fast-paced job.

“I still put in just as many hours as I would in the office,” Maley muses one February morning from her Southern California home where 5-month-old daughter Juno is making herself heard. “I love my job and am happy to put in time, when needed, at night and on weekends, but I’m glad I have the liberty to do so at home. I’d like to normalize the picture of what a working parent can be like, especially a mother who’s returning to the work force.” 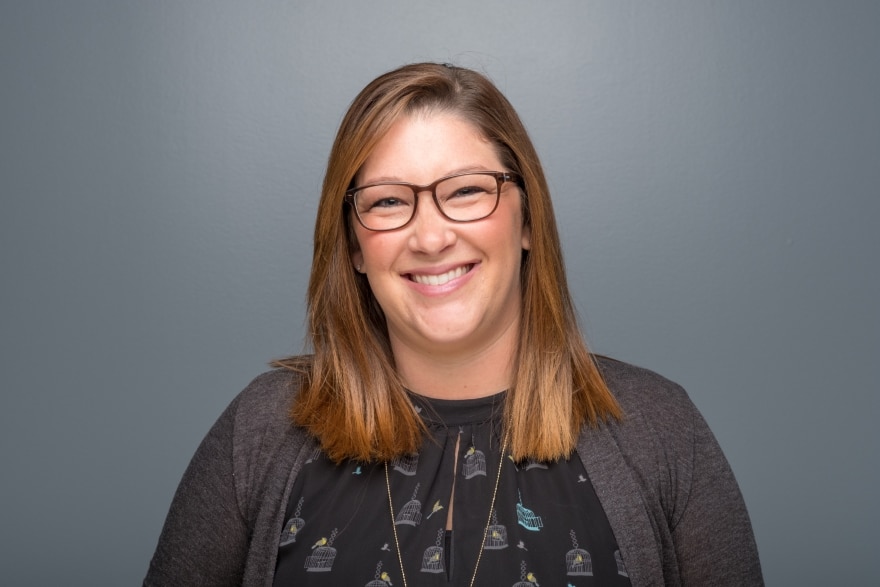 But for her situation to be so normalized, it will take more progressive-minded employers, such as Procore, where Maley has served as one of its three attorneys since April 2016. A SaaS company—that’s software as a service provider—to the construction industry here and abroad, the Carpinteria, California-based company is in full growth mode and relying on its enlightened personnel policies as a factor in keeping it that way.

Does wonders for office morale, Maley assures Vanguard. And it sure beats working for the firms where the 2012 Northwestern University School of Law grad cut her legal teeth for four years with a focus on business law.

She fits another bill

“Billable hours are an awful way to live,” she says. “Efficiency just isn’t valued in private practice, and people don’t usually call for an outside lawyer until a problem arises. Here, I can be a builder and be involved before a legal emergency. Indeed, my involvement is often how we avoid legal emergencies altogether.”

The current legal team is led by three associate general counsels, each doing much to sustain Procore’s growth. The second attorney into the company, Maley is focused on growing the legal department and legal operations. Now that there are three attorneys, she says she’s “batting cleanup” on the substantive issues, handling such matters as transactions, governance and employment law, while another member of the troika oversees product and IP, and the third commercial and outbound sales. 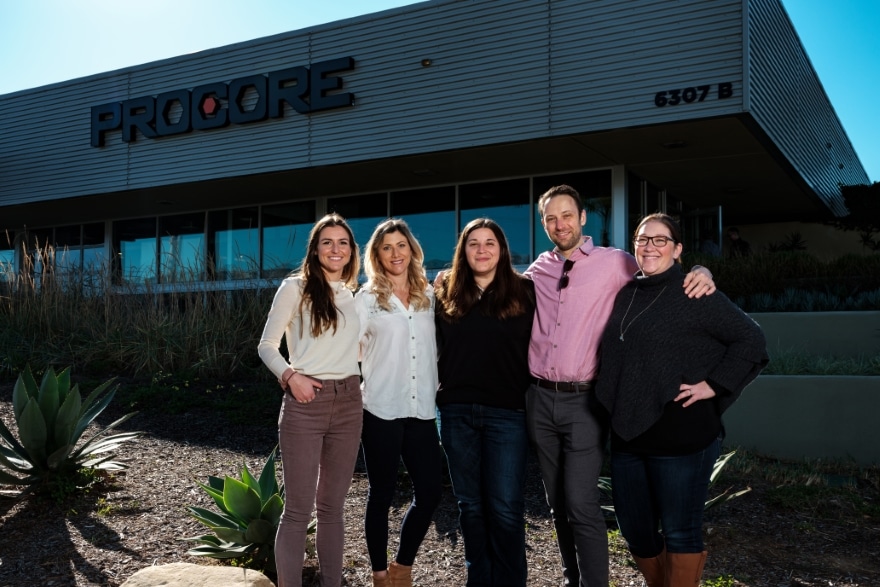 “I also work almost exclusively with non-lawyers and really enjoy it,” she says. “It gives me a chance to go deep into the ‘whys’ and provide business advice instead of just the cursory legal advice. Serving the engineers and R&D is different than serving the sales team. I get to flex all my creative muscles.”

Proactive muscles too, Maley reiterating how being a part of the culture and the company community at large can preempt the risk of litigation, and how this becomes standard practice when employee input is held in high regard.

“When people feel the company cares about them, they care about the company,” she says. “It makes it so much easier to go to other departments and say ‘there’s a legal issue here’ and know they will work with us to resolve it. My team doesn’t want to be the stodgy back-office intellectuals that others don’t want to deal with. We’d be completely ineffective, if that’s who we were.”

SaaS technology services to big-ticket builders being what Procore has to offer, it stands to reason that all in-house departments would be expected to leverage high-tech. The legal team can’t operate efficiently if hamstrung by routine and repetitious chores. Among its cost- and time-savers has been the 2016 implementation of Ironclad software that creates, automates and tracks contracts from one intuitive, powerful platform.

“We’re big fans of Ironclad,” raves Maley, who implemented the software shortly after her arrival. “The beauty of it is everyone’s now using it, and the turnaround time for processing vendor contracts and standard form agreements has been so expedited. Ironclad allows us to ensure that everyone in the company is always using the current version of a form document, such as NDAs or independent contractor agreements. This seems trivial but it’s actually highly valuable when you do catch an error in a prior form or update it for compliance with a new law.” 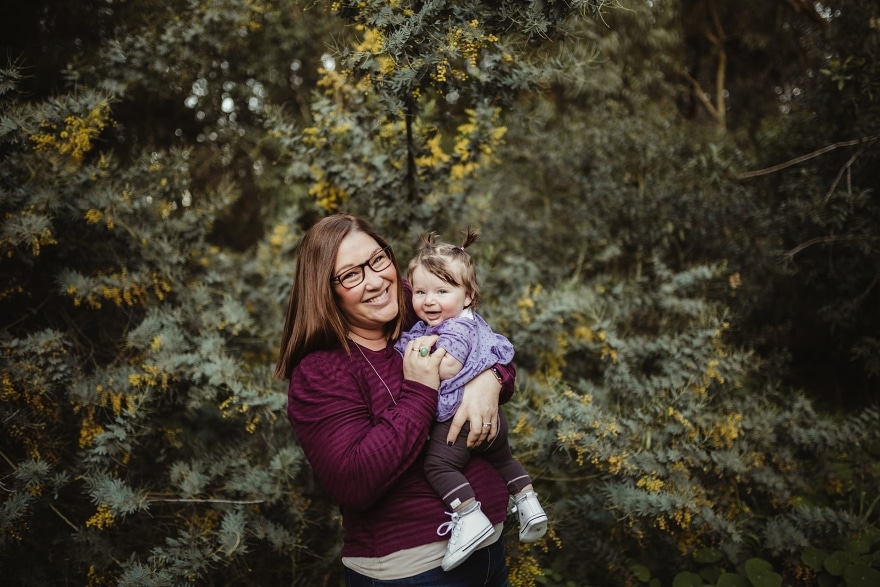 Anything to further streamline the operation, CEO and founder Craig “Tooey” Courtemanche might say. For he developed the software that became Procore in response to the headaches of managing the construction of his own home in Santa Barbara in 2002.

Quite a niche Procore would commence filling, the company last year tripling the so-called unicorn status of $1 billion and opening subsidiaries in Canada, the United Kingdom and Australia.

A workforce that already was an impressive 400 when Maley came aboard has since surpassed 1,400 while the customer list of more than 6,000 includes such heavyweights as Mortenson Construction, the second largest builder of sports stadiums in the United States. The new foreign subsidiaries involved some learning on the fly for the legal department, but Maley says she and her colleagues have put together excellent resources there to help them grow comfortable with the rules and regs of those foreign jurisdictions.

The UK’s year-old General Data Protection Regulation hasn’t posed an undue challenge for Procore’s sales and marketing personnel, who have been trained on them by Maley and the legal team. California, too, has recently adopted more stringent rules about data protection, but Maley says the need for Procore’s modification has been minimal.

After all, she reminds, when a company discovers that its people comprise its most valued assets, teamwork ensues, and it’s easy for the legal team to work with the business units on compliance initiatives with respect to data privacy. While privately owned, Procore has ceased disclosing its revenue figures. It was growing at the rate of 100 percent a year from 2010 to 2012 and last year raised $75 million from Tiger Global Management.

“I’m just doing my best to put a little bubblewrap around the company as we barrel into the future,” Maley says.

Nothing a working mom shouldn’t be able to handle.

And she’s upfront about having advantages, such as Procore’s culture enabling family life and career fulfillment. This is important for Maley as she and her husband, former Northwestern law classmate, Drew Maley, have demanding careers, he an accomplished family lawyer with The Maley Firm in Santa Barbara.

“You can be fully committed to your job and career, yet not sacrifice all of your child’s waking hours Monday through Friday,” she says. “All it takes is a little flexibility from your employer and a greater understanding that when employees are able to fully participate in their lives outside work—even just two extra hours a day with their kids—they are much more dedicated and engaged employees.” 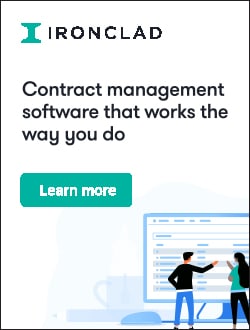 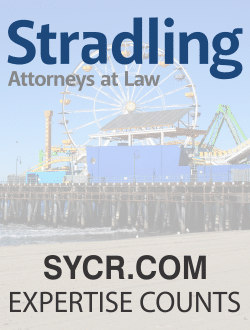