Winning by breaking the cycle of homelessness

Tired, hungry and soaking wet. Lynn Haaland felt it all, tromping in the mud for days along the Appalachian Trail, often in a driving rain. All she could think about was a hot meal, a shower and some dry clothes.

For her it was just another challenging day on vacation. For thousands of homeless women and children in New York City, it’s a way of life—and Haaland understands this.

No wonder this former PepsiCo executive serves as PepsiCo’s board director for Win (formerly Women in Need), an organization committed to helping break the cycle of homelessness. 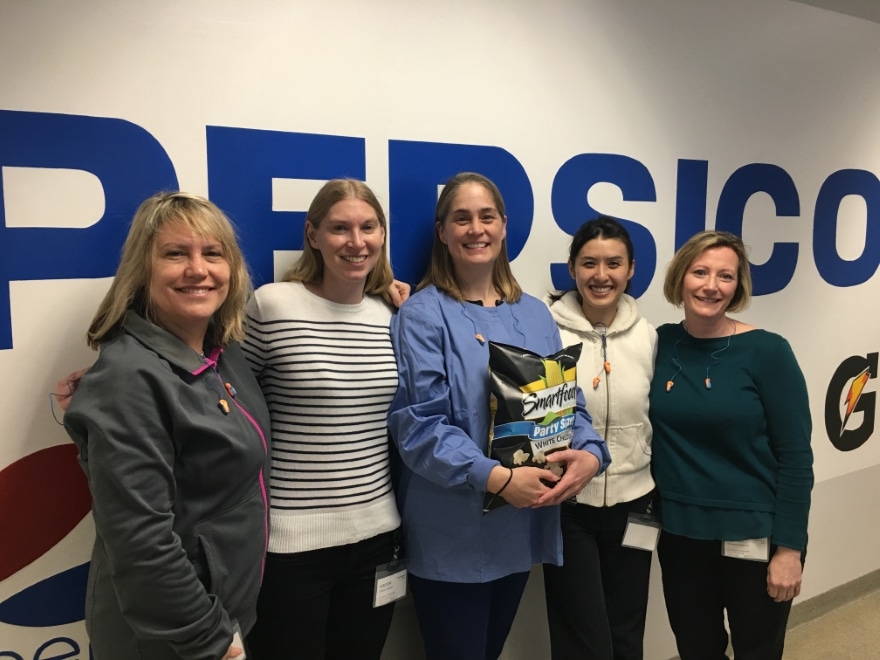 “Here I am hiking and laughing at myself for voluntarily being out in the elements, and it reminded me that so many New York city families don’t have that choice and do not have many of the necessities we take for granted, such as a dry, safe place to sleep,” Haaland says. “I am privileged to be a part of an organization that works to break the cycle of homelessness to try to make life better for them.”

Ground zero: starting with the problem

Haaland says more than 70 percent of the homeless population in NYC are families with children. Fifty percent are working mothers, many of whom are holding down multiple jobs, just to survive.

Among the almost 5,000 people Win houses every night—nearly 10% of NYC’s homeless family population, making it one of the largest shelter networks in the country—some 2,700 are children. According to city statistics, about half of the children in shelter in NYC are under the age of six.

“I think about the families; parents everywhere are juggling and worrying,” she says. “Add to that the stress of being homeless, and it must be overwhelming.”

There are many root causes of homelessness, including the high cost of living in the city, mental health and substance abuse issues, and domestic violence. In her early days of being a sex offense/domestic violence prosecutor in Washington, D.C., Haaland says she was trying to help victims of child and sexual abuse and domestic violence find a measure of freedom from their abusers. Now in this different context, Haaland is happy to be using some of her skills to help make a difference in a more direct way, by supporting Win’s mission to provide a safe place to stay.

And what a difference it’s been. Last year Win placed over 710 families into permanent housing of their own.

The goal is to empower people to take control of their lives, which Haaland says often means finding a better-paying job. The city pays shelter providers for the beds, but Win provides additional services such as career counseling, household budgeting workshops, job interview training and more.

Working parents can even take advantage of childcare in Win shelters so they can continue to work. 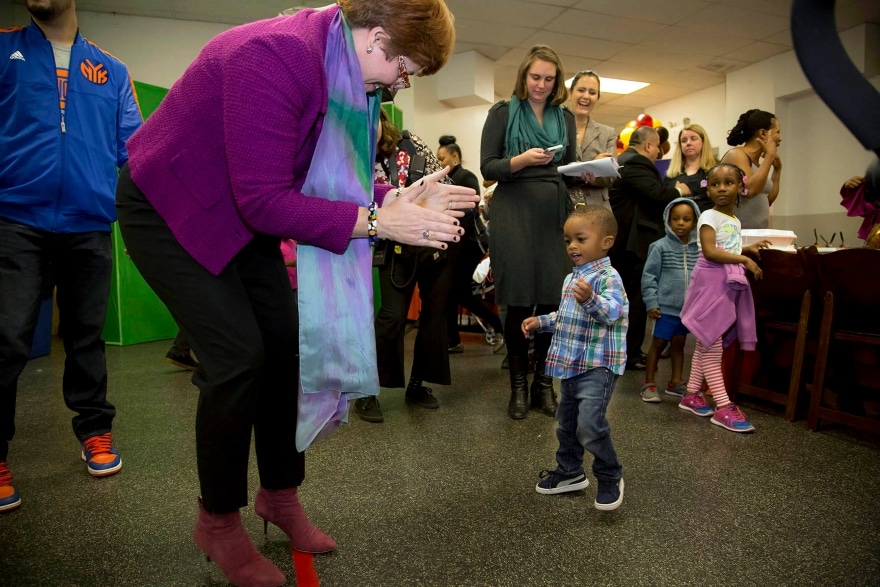 “Our effort goes to creating a holistic approach, which Win calls the Way to Win, so that the families don’t keep coming back to shelters,” she says.

But it also requires additional funds that CEO Christine Quinn and her team and the board of directors must raise every year. “Christine and her team do an incredible job fundraising in order to ensure these additional services, but there is always more Win could do with more support,” Haaland says.

Haaland applies the strength and skills gained from her career to her role as board director. As chair of the Nominating and Governance Committee, Haaland assists with a range of tasks, from recruiting new directors to developing board protocols—she even volunteers at the shelters.

Expansion is on the agenda

According to Haaland, there’s a myth out there that building more shelters will create more homelessness—a notion experts agree is absurd.

To relieve the pressure, Win is slated to build five new shelters by 2023 as part of its strategic plan.

“The city is so tough. If you don’t have that safety net, people land into trouble quickly,” she says. “We need to make things happen.”

According to Haaland, getting involved in charitable initiatives like Win—one of many worthwhile causes to which PepsiCo is a generous contributor—is part of the company’s culture. On one volunteer day, Lynn and others from PepsiCo spoke with women about their resumes and how to interview. “Our CEO at the time, Indra Nooyi, even paid a visit.”

When offered the opportunity to serve as PepsiCo’s director on Win’s board, Haaland was delighted.

“I’ve always loved the international aspect of my job, but I wanted to give back locally, to my adopted city and state,” Haaland says.

If there’s one thing Haaland knows a thing or two about, it’s bringing disparate interests and groups together to make better decisions. From government to the corporate world, better management decisions can be made by assembling more diverse teams.

“How do you arrive at the best decision for the organization? A team that is all the same may work well together, but they may not reach the best decision because they have not questioned it or challenged each other,” she says. 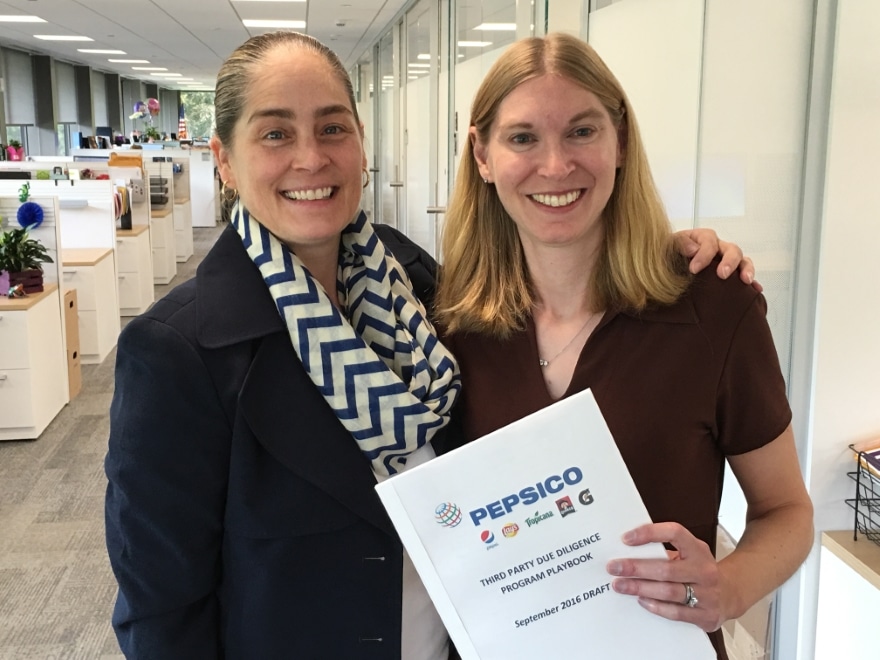 Haaland says her former boss Tony West taught her that by being a leader who consistently asked for a variety of input.

“Soliciting a range of perspectives will build the strongest foundations,” she says.

Luckily, Haaland has that experience in spades.

Haaland graduated from Phillips Exeter Academy and Princeton University, earning a bachelor’s degree in comparative literature. Living with her family in Norway as a child, she always knew she wanted to work abroad.

After earning a law degree from George Washington University, Haaland got her wish working at White & Case in Paris. As an attorney in Washington, New York, Paris and Zurich, she worked at the court established to adjudicate claims to the Swiss bank accounts left dormant from WWII.

She also worked in the office of legal affairs at the United Nations in NYC for a year.

After these international jobs, Haaland wanted trial experience, so she joined the U.S. Department of Justice as an assistant U.S. attorney, first in D.C. and later in the Eastern District of Virginia (EDVA), capping her career as deputy chief of EDVA’s National Security & International Crime Unit.

In 2016, she left the U.S. Attorney’s Office to work for then-General Counsel Tony West at PepsiCo as Senior Vice President, Deputy General Counsel, Global Chief Compliance & Ethics Officer and Chief Counsel, Cybersecurity. In April 2019, she transitioned to consultant, which allows her more time to work with Win.

Haaland is also giving back in other ways. She serves on the advisory board of The Purple Campaign, a non-profit led by Ally Coll, working to prevent workplace harassment by advocating for better corporate policies and laws.

“The Purple Campaign is an organization whose time has come,” Haaland says. “It is an excellent partner and resource for companies looking to create a positive, productive workplace.” She has also signed on to mentor startups at Plug and Play, a tech incubator in Silicon Valley and NYC.

One of the highlights of her work these days? That’s easy. It’s seeing the kids at Win when you leave the office or the board room and take a volunteer day.

“The kids were amazing. Several are voracious readers and so articulate. You wouldn’t think they were dealing with homelessness,” Haaland says. “At the end of the day, they are looking for the same sense of security we all need, structure and a place to play and learn. They are a great reminder of the importance of Win’s mission.” 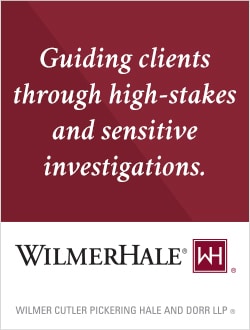 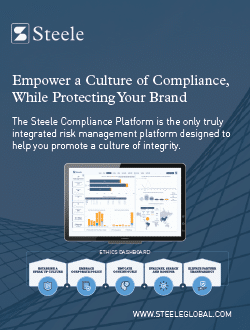