Levitt didn’t go in costume—there were no pointed Vulcan ears or Starfleet uniforms. But she was still playing a part and was accompanied by a private investigator posing as her date. Together, they wandered the venue and Levitt told him which items to buy—the unlicensed ones. 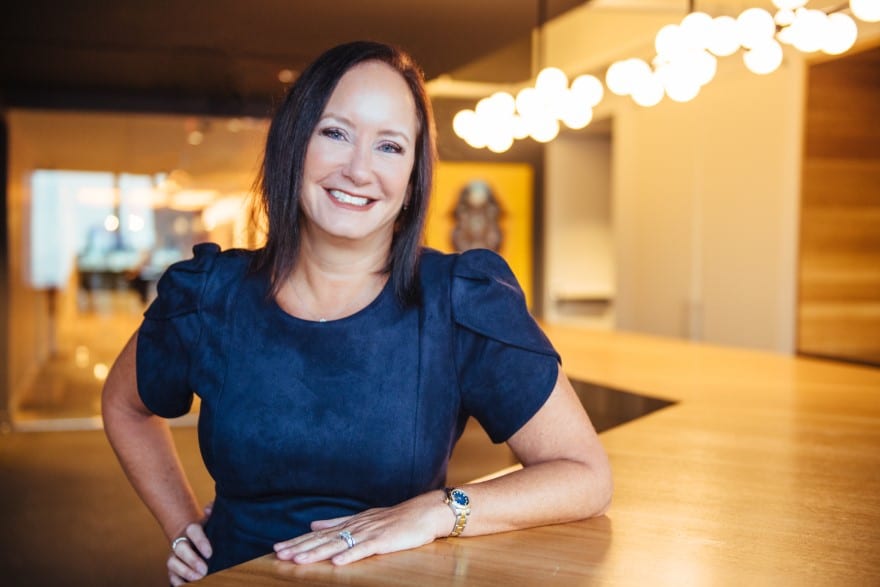 Levitt had just joined Viacom—now ViacomCBS —where she’s now senior vice president and associate general counsel for intellectual property. The visit seeking counterfeit merchandise was just the beginning of her work protecting the entertainment properties from CBS, Paramount, MTV, Nickelodeon and Showtime, among others.

“I’ve been with the combined company more than 25 years, and as technology has evolved, so too has the role of IP,” Levitt says.

Small-scale infringements, such as items sold online by fans, may be quicky stopped with a letter to the sellers, Levitt says. However, some cases aren’t so easily resolved. For instance, in 2016, Levitt led the legal fight against a “Star Trek” fan film by Axanar Productions.

This was no low-rent effort—court records show it drew $1.5 million in crowdfunding to tell a tale set 20 years before Capt. James T. Kirk took the helm of the Enterprise. While Axanar claimed fair use of three “Star Trek” minor characters, Paramount and CBS argued the film infringed on numerous copyrighted elements, including its settings, characters and themes. The U.S. District Court for the Central District Court of California ruled against Axanar and the case was settled out of court.

While a mashup book drawing from Dr. Suess’ “Oh, the Places You’ll Go!” and the “Star Trek” franchise may be unique, it’s also unauthorized use in the opinion of the U.S. Court of Appeals for the Ninth Circuit. In December 2020, the court overturned a lower court ruling, finding the juxtaposition is not transformative fair use. The plaintiff was Dr. Suess’ estate, but Levitt had also sent a demand letter to the authors asking them to cease publication plans and supported the Seuss estate “in its position and arguments.” 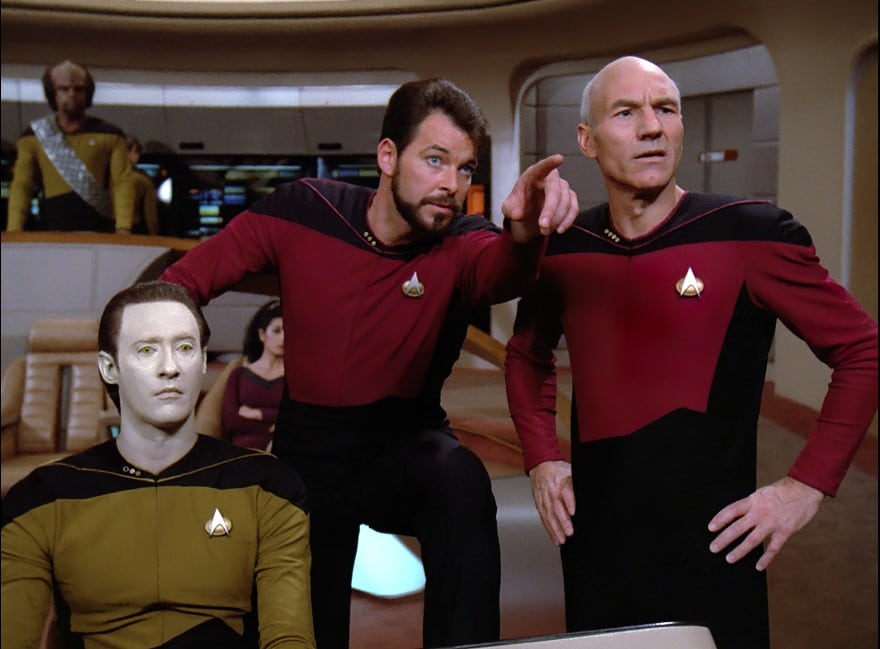 Photo from Star Trek: The Next Generation – Courtesy of CBS Studios

At least one legal fight hits people where they eat. In August, ViacomCBS sued a Houston restaurant named the Rusty Krab over its alleged infringements of characters and imagery from Nickelodeon’s “SpongeBob SquarePants” series.

Not only does the restaurant too closely resemble the Krusty Krab where the title character works, but its menu also uses imagery that infringes copyright and trademarks, Levitt says. The unauthorized uses are especially troublesome because they’re also used to help sell alcohol, which is prohibited for ViacomCBS content aimed at children, she adds.

Demand letters are Levitt’s preferred course of action. When chatting with Vanguard in October, she filed to recover a domain name and take down a live website owned and operated by someone in Russia that was infringing on Nickelodeon properties.

Here, she called on Google translate to get the message across and write a settlement letter detailing what steps the offender needed to take to avoid further legal action. But because intellectual property laws are territorial, Levitt also relies on local counsel to carry on the fight in other countries.

“We don’t know the intricacies of local laws, and sometimes demands communicated by local counsel to potential infringers in the local language is much more persuasive,” Levitt explains.

A fight before the fight

Levitt and her team of 20 create the protections for branding, manage the copyright and trademark portfolios, provide legal review of creative materials and marketing, and draft a variety of IP agreements. As platforms change, including streaming services that are beginning to supplant the linear and cable TV network, so does the technology and evolving IP issues.

For instance, Levitt and her staff were busy fighting illegal streaming before the 2015 championship bout between Floyd Mayweather Jr. and Manny Pacquiao. The bout was carried by Showtime Networks on a pay per view basis. 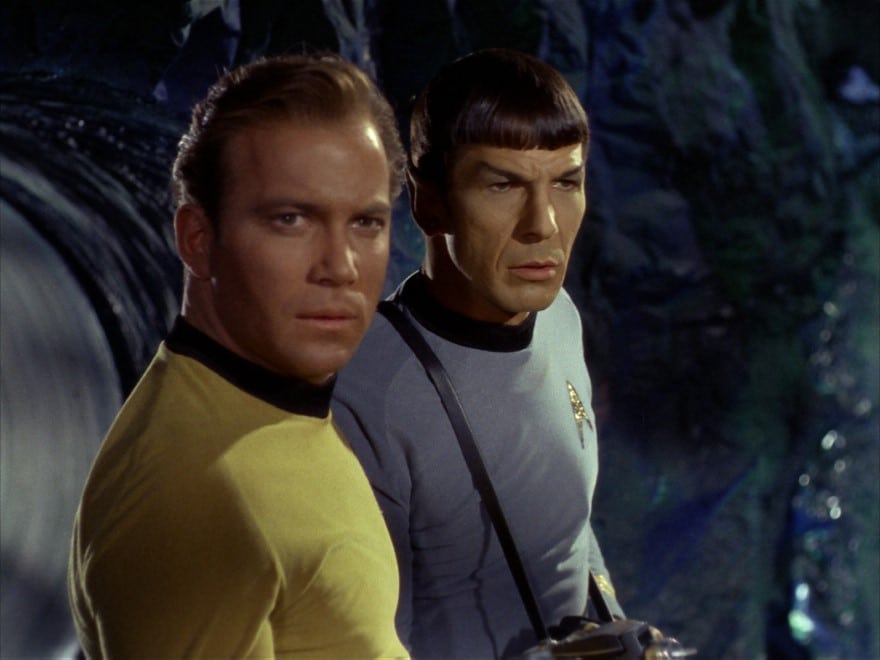 Before fight day, she and her staff, joined by HBO and the boxers’ management teams, filed an anticipatory copyright infringement action and temporary restraining order to preemptively shut down pirate streaming sites for the duration of the live telecast. Fight night was on a Saturday in Las Vegas, and by mid-afternoon, Levitt and her team had gathered in their offices in New York and Los Angeles to use the court order to cut off services to the sites.

The approach worked and was repeated when Showtime carried the Mayweather exhibition fight with UFC champion Conor McGregor in 2017.

One of the newest forms of protection she helps manage are nonfungible tokens. NFTs are unique digital content keys applied to artwork, music, and videos to establish ownership and prevent illegal transfers. Forbes.com reported in May that $174 million has been spent on them since November 2017.

ViacomCBS and its brands are now licensing its IP with NFTs, too. In October, the company announced a partnership with RECUR to build a platform where fans will be able to buy, collect and trade NFTs as digital products and collectables beginning in the spring of 2022.

“We’re always collaborating with each other and with other divisions at every stage of the content lifecycle,” Levitt says. “Being involved in the creation of entertainment and seeing it come to life is what I love most about my job.” 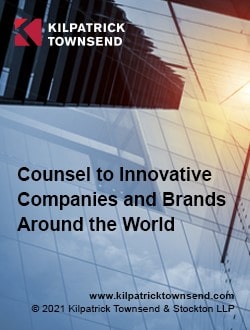