Mathew Beredo admits he was skeptical a few years ago when colleagues at Buckeye Broadband floated the idea of providing some Ohioans free internet.

Upon further review and the rollout of Freenet in February 2020, he became a convert. His belief was strengthened a month later when  COVID-19 upended life as normal and his employer responded with a second project seeded by the first.

Freenet provides 30 minutes of basic free internet service accompanied by a 30-second commercial, likely for a local company. Schoolnet is Freenet’s follow-up, enabling school districts to provide virtual classrooms during the pandemic. It’s without commercial breaks from 8 a.m. to 5 p.m.—just the means to stream three classes simultaneously and then back to Freenet service. 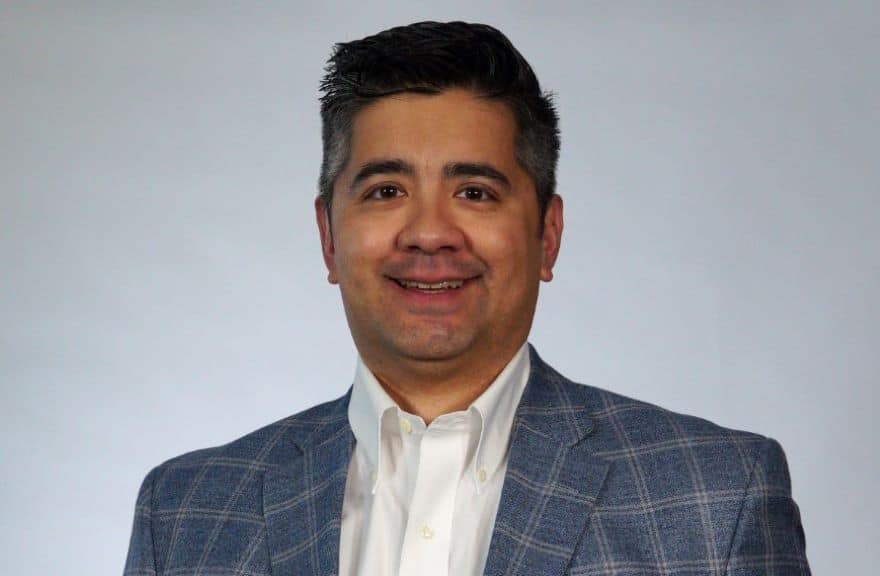 “My initial take was that if this would work, someone bigger than us would have done it,” the good-natured Beredo says. “We’re not a big internet company but our parent [Block Communications] is willing to try new things that bring value to the customer. I’m glad to have been wrong in my initial assessment.”

He’s just as glad to play a role by overseeing the details.

Internet service having become more necessity than luxury, Beredo concurs with Buckeye Broadband’s commitment that all should have access to at least a basic level. The speed won’t be as high as for paying customers, but they won’t be disconnected. They still can peruse jobs and send out emails and resumes.

“Turning off the internet doesn’t get the unemployed employed,” says Beredo, vice president of the company’s legal and business affairs since April 2015. “Neither does it help the economy in general. [Freenet] has given us an even stronger customer internet base. Not everybody’s jumped on it, but it’s been a big benefit for us.”

As to what would be the ideal price for the economically distressed, he says everyone agreed it would be nothing. But Buckeye Broadband still has to pay its bills, so a 30-second commercial per half-hour is fair tradeoff, Beredo says.

Albeit with challenges for the company, for he explains it’s no simple process for Buckeye Broadband engineers to operate a system that shuts off a modem every 30 minutes for commercial and then reprovisions it. Though not a patent lawyer, he’s well-versed enough on intellectual properties to connect the company with the appropriate outside counsel and tech vendors. There’s also scheduling and Federal Communications Commission compliance to oversee, and contracts with sponsors and vendors to fine-tune.

On the Schoolnet side, the company works with district superintendents. He’s dealt with complaints, helped enlist school districts and had a hand in the company providing customers with televised high school sports. Those who aren’t customers can still buy a ticket and watch through an app.

“If, on the contracting side, I find provisions I don’t like, I’ll work with the business side in deciding if it’s worth the risk,” he says. “I’ll ask, ‘are these the only guys who can do this?’ Our interests are both now and the future and need to be balanced.”

It’s to the company’s advantage, Beredo says, that he comes from a background that’s prepared him to weigh all variables.

Wired to be practical

For prior to joining Buckeye Broadband, Beredo worked nearly seven years as legal director—and sole in-house lawyer—for Perrysburg, Ohio, a city of 25,000 that’s part of Greater Toledo. Similarities between that post and his present one do abound—each having a public responsibility.

“The best thing that job did was make me very practical,” he says. “If you’re the only lawyer and you’re asked a question, you can’t look left or right for someone else to fix things.”

A city has many moving parts, and his role was to integrate them, he says. Public works, the mayor and council, the administration, first responders, parking garages, zoning—those areas and more called for his legal and practical insight. It’s a mindset he’s brought to Buckeye Broadband.

“That job gave me experience I wouldn’t have gotten at a law firm,” he says. “When you work for a city, you worry about everything.”

Beredo also credits his decade-plus with a couple firms for honing his skills. A Yale University undergrad, he earned his law degree at the University of Michigan in 1998, became an associate at Squire, Sanders & Dempsey and then achieved partner status with Baker & Hostetler.

Contract disputes, litigation, lobbying and regulatory compliance all were among his responsibilities earlier in his career and just as much so today. With the internet ever evolving, there’ll always be new issues, Beredo adds. Freenet and Schoolnet having acquitted themselves during COVID-19, he reckons they will be sustained in some fashion.

“So many students don’t have fixed homes,” he reminds. “As long as it serves a good purpose, we’ll keep it working.”

As for his own role, he sums it up by saying it’s about enabling colleagues to better serve the community.

But a University of Michigan law grad happily working for a company whose name is anathema at his alma mater? Aren’t Wolverines and Buckeyes the Big 10 equivalent of Hatfields and McCoys?

“I get that all the time,” he answers with a laugh. “I’ve gotten numb to it, having filled out ‘Buckeye’ six or seven times while filing for tradename protection.”

A native Ohioan, he’ll concede that much of his time in law school he kept his loyalty only to see the Ohio State Buckeyes lose “The Game” against Michigan from 1995 to 1997. He did develop an affinity for Michigan after marrying a Wolverine and, more recently, his children have become Michigan fans—though not during the best of times.

“Maybe I jinx whomever I like,” he says, noting the Buckeyes had won the last eight matchups until losing in 2021. 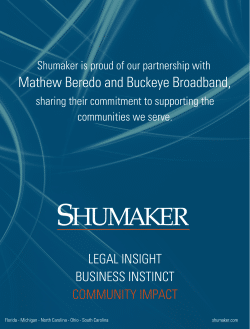