Compliance is business as usual

She’s determined to make a difference in a region where it’s sorely needed and is proud to have her employer as the perfect place to do so. 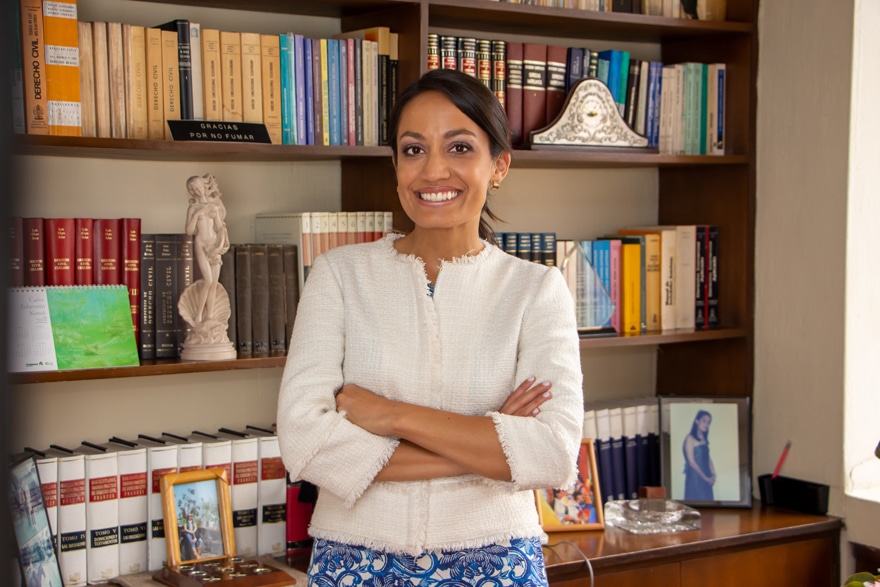 “Nestle is a company that matches my way of seeing things,” the personable Maria tells Vanguard in late 2019. “This has been an experience that has brought me many satisfactions.”

Give the scope of the effort and the challenge of inviting others to commit to such a transformation, she’ll likely never be fully satisfied, though it won’t be for lack of trying. But she can report progress.

General counsel and compliance officer at Nestle’s Ecuador operation since late 2007, last January Maria committed to an extensive extracurricular activity that so matches her professional life.

Last year she was appointed vice president of the Integrity and Anti-corruption Commission of the Ecuadorian chapter of the International Chamber of Commerce [ICC]. It’s a role that enables her to develop and implement initiatives that inspire companies and citizens alike to unite against corrupt practices wherever they may be. She’s joined in this endeavor by some high-powered strategic partners, including Ecuador 2030 Project, Pan American Development Foundation and Academia.

“The purpose of the initiative is to share international standards and good practices among big, medium- and small-sized companies to prevent bribery in order to strengthen transparency and integrity in the way of doing businesses,” she says. “Each SME company has been given the capacity to devise a bribery prevention program and lessen their risk to corruption with the accompaniment of qualified mentors.” 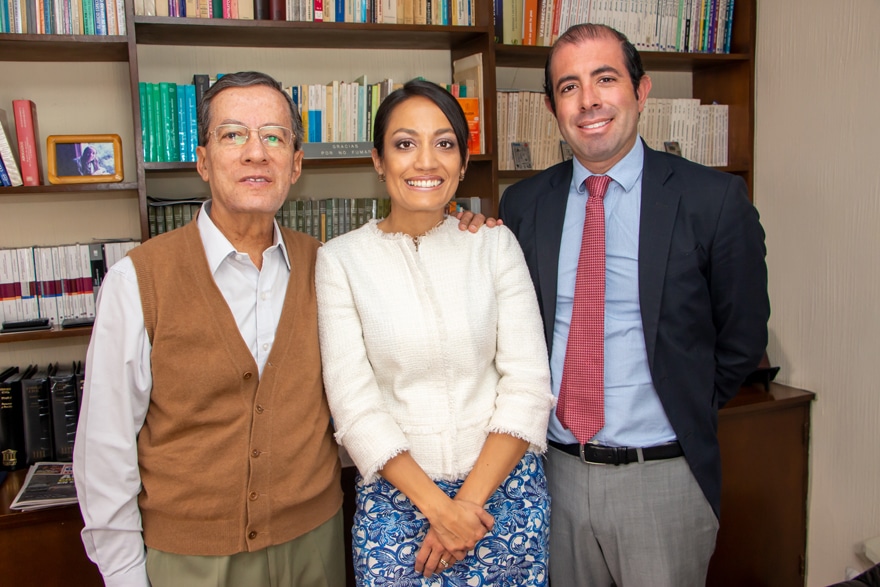 A prime mover behind Programa Anti Soborno—based in the the UNGC Action Platform for SDG16 and ICC recommendations program developed by Transparency International—Maria and her colleagues stress what they regard as bedrock corporate values. The Nestle model would be worth following, she explains, as senior management sets the example with a progressive corporate culture and a proactive approach to business integrity.

There’s a Nestle internal code of business conduct with a specific section related to the condemnation of corruption and bribery. There’s regular training and communication, with confidential reporting encouraged and, when necessary, disciplinary actions. With Maria at the forefront, there’s also due diligence and continuous improvement of the program to expand its influence.

Her responsibilities at Nestle would seem to dovetail into the United Nations’ metrics for the sustainable development goal (SDG) 16.5.

“I have a lot of desire to learn and they asked me if I would do so in certain areas,” she says. “I told them I wanted to be a sponge and absorb everything I could.” 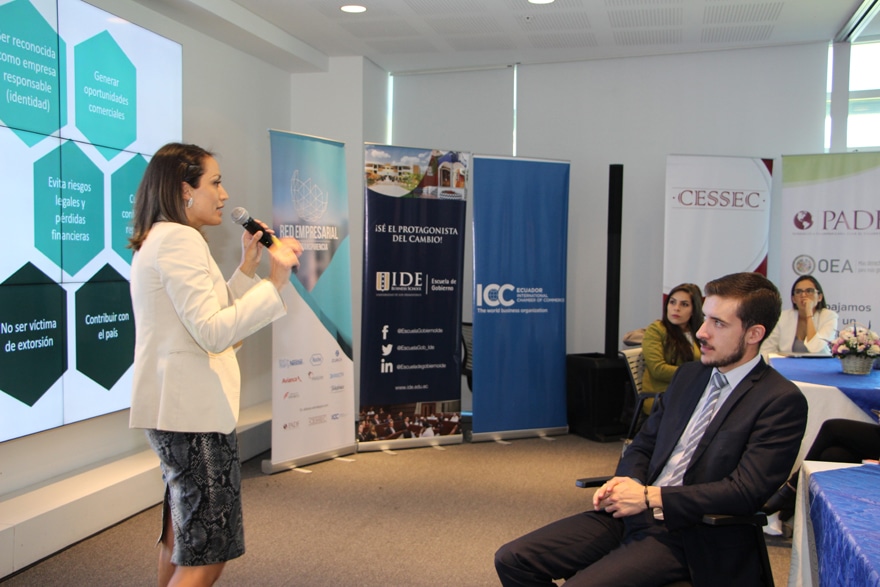 It’s an attitude ideal for advocating what’s known as SDG 16 which, in addition to promoting peaceful and inclusive societies for sustainable development, seeks to substantially reduce corruption and bribery in all forms.

“When a company is serious with a long-term perspective, it needs an environment of trust,” she says. “Thus the importance of having solid institutions and rule of law. Companies are challenged to support the fight against corruption. Companies must be responsible so that the activities are sustained over time.”

Speaking of sustainability, Maria’s quick to remind that while Nestle is headquartered in Vevey, Switzerland, more than 90 percent of the products it sells in Ecuador in this South American country.

The past year was eventful indeed for Nestle Ecuador, with highlights including:

“Our ambition is to remain being number one at doing things right,” Maria says. “This is a company where I feel most compatible without having to sacrifice my beliefs or values.”

“I love my in-house role,” she says. “It allows me to bring creative solutions to the company, to keep it in compliance and to maintain its good reputation.” 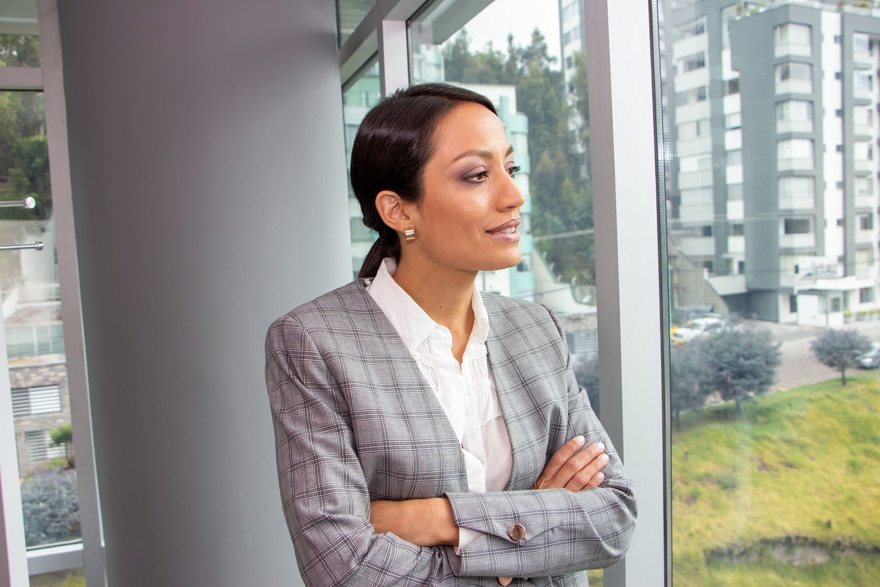 And the law just seemed the natural route for Maria, coming from a family of lawyers—her father, grandfather, father in law, uncles and cousins included, as well as her husband.

Though her father never pushed her into the profession, she did read his law books. That whetted her desire to model her career after his. Being a lawyer would give her the means to make consequential decisions.

Her first job would be in the notary office of an uncle, followed by a position as a fiduciary. After that, the start of what’s been a 12-year career at Nestle where she oversees a seven-member team instilled with her values.

“It’s good to act under the law,” she says. “Compliance translates into a competitive advantage for the company.”

But it’s an advantage she says Nestle is eager to share, corruption-free commerce being such an economic boost for all. 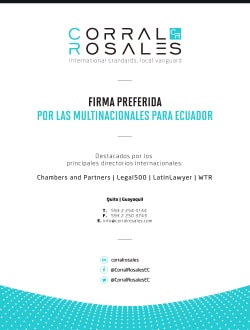 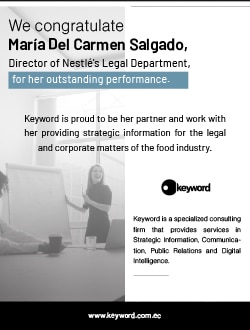