Nationwide ‘JDEI’ makes diversity and inclusion a part of the business

Though she’s never wielded a lightsaber, Marilyn McClure-Demers considers herself a Jedi. In her case, though, it’s spelled JDEI—the acronym for justice, diversity, equity and inclusion, which imbues her work in and outside the office.

During her career, McClure-Demers has practiced law in private firms and as in-house counsel. Now, she’s vice president and associate general counsel for corporate litigation and discovery management for Nationwide, where she strives to bring clients, colleagues and the profession opportunities and diverse perspectives. 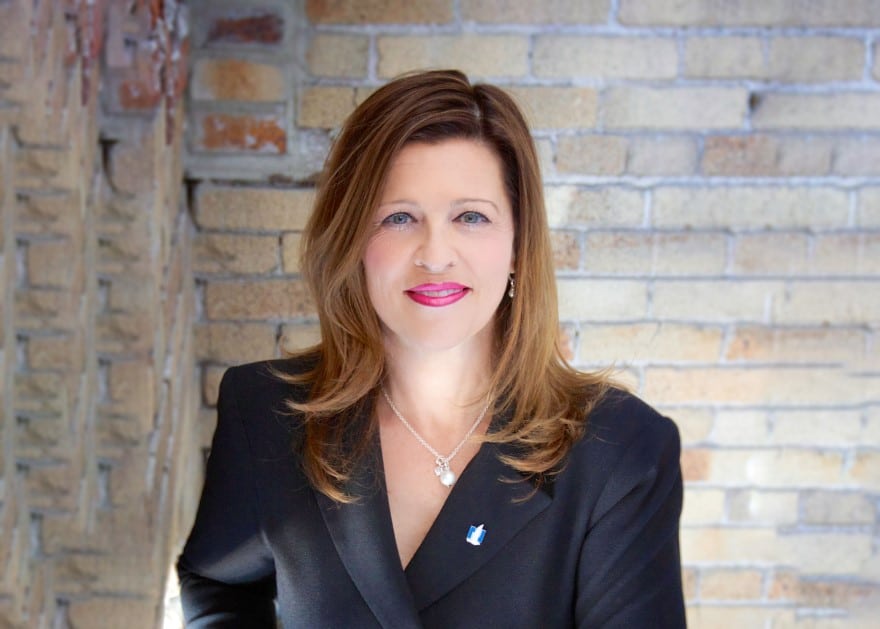 While helping lead JDEI at Nationwide—and working with organizations including the Leadership Council for Legal Diversity and Ohio Women’s Bar Foundation Leadership Institute—she also offers this advice to women and minority individuals advancing in the legal profession.

“Build your brand. Define who you want to be,” she tells them. “What should be the hallmark that you’re known for? If you think you know what your journey is, it will change, but it starts with a strong sense of self.”

At Nationwide, McClure-Demers leads a team of 21 attorneys and legal professionals who direct litigation and discovery strategy. Her team also provides the data to support or defend against litigation—or avoid it altogether.

“Litigation is a key health indicator for any organization and provides lessons learned to strengthen business practices, improve member products and services,” she says. “We have a great team handling some difficult situations at times and I enjoy developing the strategy to get to quicker resolutions.”

McClure-Demers adds the company’s mission must include JDEI, and external programs such as LCLD’s Fellows, Pathfinders and 1L Scholars programs are integral to achieving a diverse and inclusive workplace. 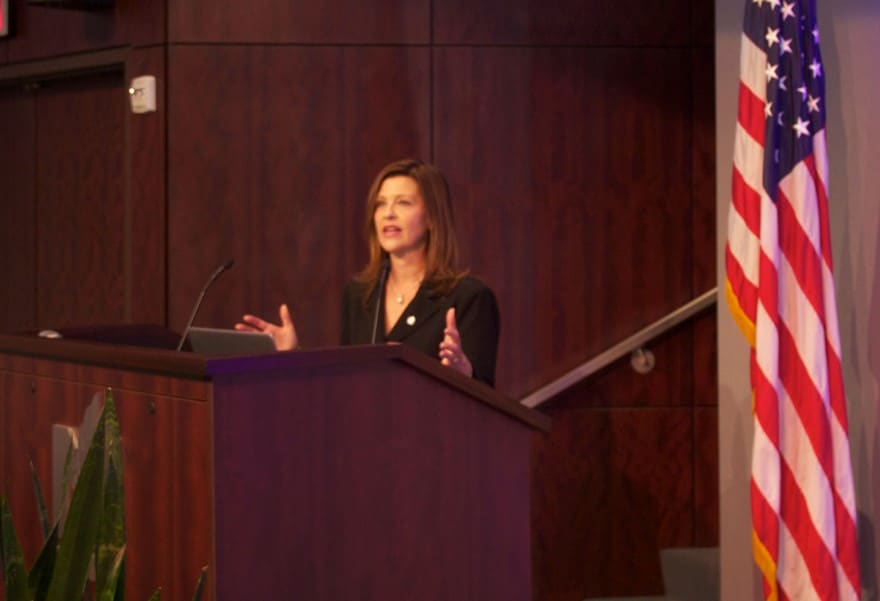 She’s supported LCLD since it was founded in 2009 to create what the organization dubs a “truly diverse U.S. legal profession.” The organization now has more than 350 corporate chief legal officers and law firm managing partners who participate. Nationwide became a member in 2014 and participates in programs including fellowships, alumni outreach and law school mentoring for new attorneys.

McClure-Demers leads the LCLD 1L Scholars program at Nationwide, which enables rising first-year law students to intern for four weeks with an LCLD member law firm and then spend four weeks in Nationwide’s corporate law department. She and her team have hosted an intern in the clerkship period for the last six years.

“I’ve been a believer since the beginning and helped build the business case for Nationwide to join,” she says. “It’s crucial to a large law department. LCLD is a model that’s moved the needle since 2009.”

Sponsoring Nationwide attorneys as they take part in these programs allows her to impart experiences and expertise beyond a legal framework, she says. So does an internal program allowing new attorneys to rotate through Nationwide’s law department while discovering which areas of practice they most enjoy.

“I love developing people and see them accomplish their goals, which I’ve been doing since a year after law school,” she says. “I want to develop soft skills—do you want to lead people, have more agility in your work, or develop in one practice area?”

Born and raised in West Virginia, McClure-Demers says she always knew she wanted to become a lawyer. Though no one in her immediate family was an attorney, her parents were educators who encouraged her aspirations. In time, McClure-Demers decided employment and labor law would be a foundation in her practice fields.

“It’s a way to make a difference from the inside and out in an organization by valuing people first,” she says. “With West Virginia being a labor state, it’s an important focus for business and organizations.” 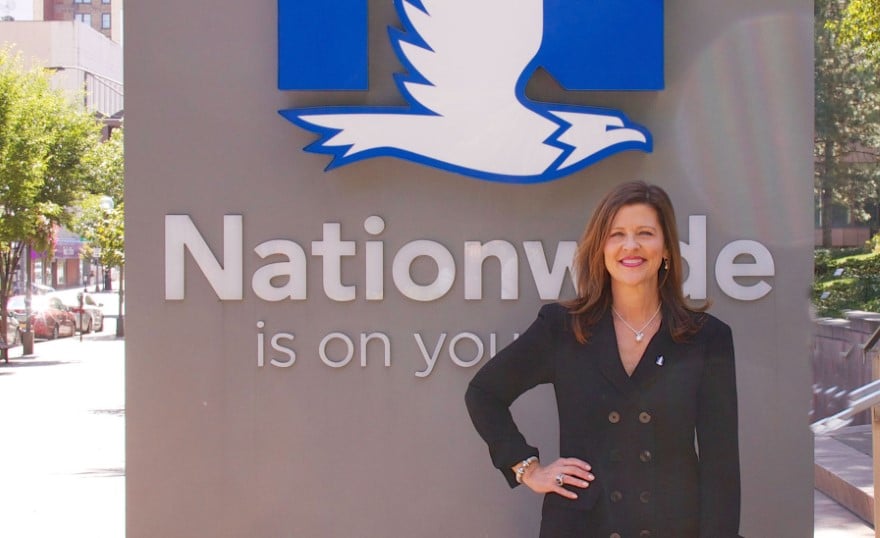 McClure-Demers earned her bachelor’s degree in political science from West Virginia University in 1988 and her J.D. from the WVU College Law in 1991 before working in private law firms in Charleston, West Virginia.

It was an especially turbulent time for the coal industry, and as a new attorney, McClure-Demers took on tasks others wouldn’t, which included crossing picket lines and dealing with labor disputes as the only female attorney.

“I’ve lived the benefit of people seeing I can compete and sponsoring me,” she says. “Part of my mandate is to turn around and do that for others. When you sponsor, you give. It goes deep into your career. It permeates the essence of anything you touch or exercise effort on. That comes back to your brand.”

As McClure Demers chatted with Vanguard in November, she was about to be honored by the business law firm of Thompson Hine with its 2021 Diversity Achievement Award, and her thoughts on JDEI are featured in WVU Magazine’s story, “Making a Home for Everyone.”

McClure-Demers’ career path has taken her from Charleston to Chicago, and Harrisburg, Pennsylvania, where she was employment law counsel for Rite-Aid Corp. from 2003 to 2006, and then to Columbus, Ohio, as she joined Nationwide in 2007.

“In my view, JDEI should be a hallmark of leadership in your organization, community and circle of influence. I’d like people to be inspired, engaged and make a difference every day as best they can in their passions and calling,” McClure-Demers says. 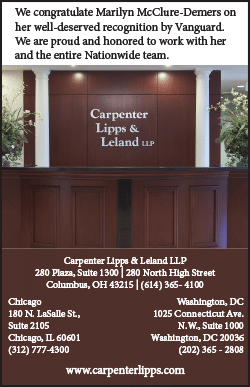 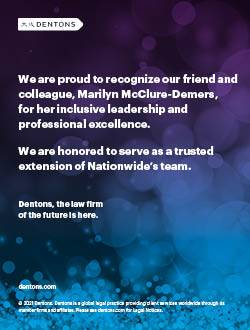 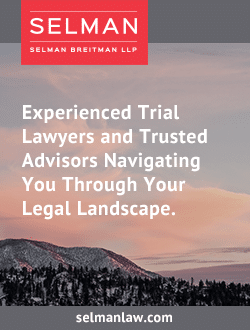