Whenever Nicole Liebman is running low on dinner party small talk, she can always recount the time she was flown business class to London for the deposition of a very well-known singer on tour, only to be stood up.

Even the more “boring” details are sure to send eyebrows rising. About how she represented the pop superstar’s accountant in a high-profile lawsuit with millions of dollars at stake; how the celebrity in question failed to appear for her deposition; and how the intensity of the litigation—and the attention to detail the case demanded—shaped her skill set in important ways. 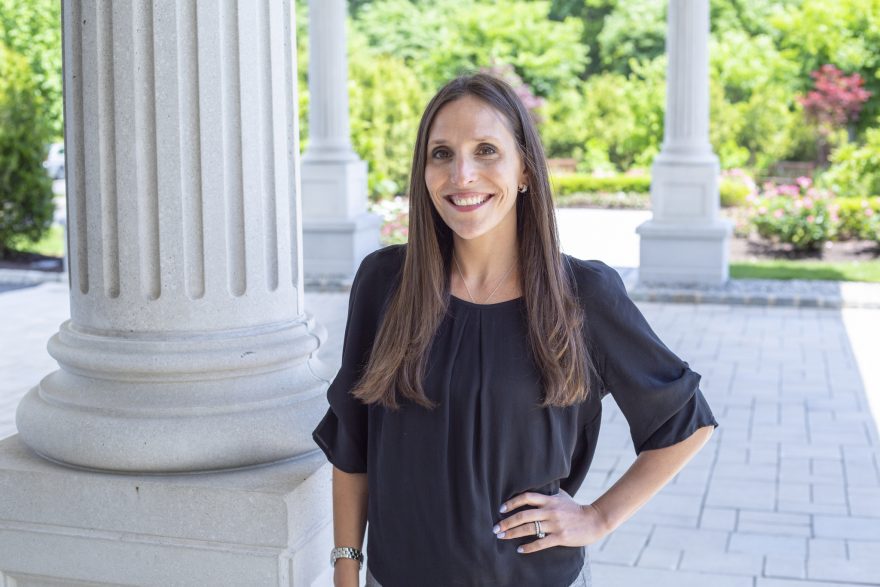 Only, she’s just as likely to talk about the lessons learned from these surreal experiences—the ones that helped prepare her for her latest role.

“Hearing about the expectations that clients have of their accountants and business managers was quite eye-opening,” Liebman says. “You see the damage that happens when you don’t have everything documented and the proper safeguards in place.”

In 2016, a year after the high-profile case was resolved, Liebman moved in-house, joining the accounting firm WithumSmith+Brown, PC (Withum) as its first general counsel. According to Liebman, the leap of faith was mutual: At 32 and five months pregnant, she was taking over a role with no job description and no legal department to speak of.

Today, it’s safe to say she landed the jump.

Being Withum’s only lawyer in a company of 1,000 employees throughout the firm’s 14 national offices, Liebman had to learn as much as she could as fast as she could, all while cultivating an air of approachability.

“From the start, I wanted to let everyone know they could come to me with any concerns,” Liebman says. “I knew if the partners and staff felt that they could trust me and rely on me, we could stop the sparks from becoming fires.” 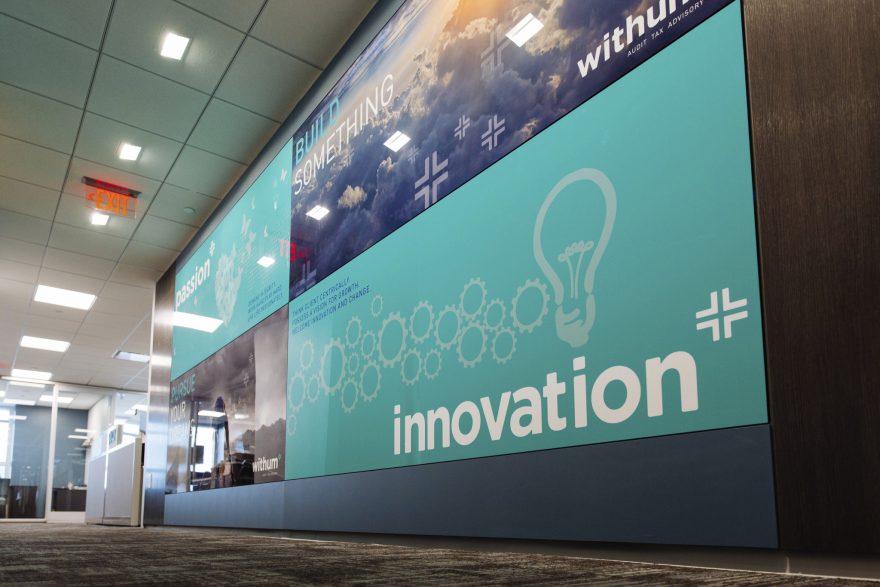 One thing Liebman had in spades—and proudly touted as much during her interview—was risk-management experience. For a firm like Withum, which offers a range of tax, audit and advisory services for sectors ranging from not-for-profit to government contracting, such expertise was paramount.

“I think I brought a different perspective in terms of what you have to be cognizant of,” Liebman says. “One minor mistake and you could be opening yourself up to liability.”

Now, whenever a new or unexpected situation arises—be it a contract, subpoena or concerns from a client—Liebman is there to provide a comprehensive risk analysis.

“Now that our team has someone to handle the contract negotiations and pressing legal questions, they can spend more time delivering the services they’re being engaged to provide,” she says.

She started with the small things. Instead of the firm crafting engagement documents individually, Liebman created templates for a variety of agreements—engagement letters, non-disclosures and so on. Now, whenever a client comes back with a revision, the firm doesn’t have to start the process from scratch.

Another priority was to forge close relationships with Withum’s chief information officer, Jeremy Schroeder and chief talent officer, Theresa Richardson. Given the sheer scope of the company’s data troves, hacking and phishing attacks have been on the rise in recent years, a trend that’s compelled Liebman to take a more proactive approach in assisting with implementing security measures Withum has and will adopt.

In this effort, Liebman points to heightened partnership between the legal department and human resources as well—one she believes is critical, especially in light of the current environment.

Her approach to working with outside counsel has been similarly collaborative.

“My approach is definitely to cultivate these relationships for the long term,” Liebman. “Honestly, the biggest challenge is finding outside counsel who can fit with our culture, which is yet another aspect that sets Withum apart from other accounting firms.”

All it takes is a quick YouTube search to understand what Liebman means. In one video, Withum staffers orchestrate a Manhattan flash mob as LMFAO’s “Party Rock Anthem” blares through speakers. In another, employees take turns lip-syncing to “I Gotta Feeling” by The Black Eyed Peas, impromptu dance moves flailing throughout. Who says accountants can’t have fun?

Indeed, Liebman cites this refreshing “sauciness” as one of the factors in her joining the company. Open to whimsy as she is, however, Liebman’s professional trajectory has been anything but playful.

If you’d asked teenaged Nicole Liebman where “working at an accounting firm” fell on her list of dream careers, chances are it wouldn’t have cracked the top 10. After all, how many kids ever really want to follow in their father’s footsteps? Apparently, the feeling was mutual.

“If anything, my family really encouraged me to become a lawyer,” says Liebman, who attended Syosset High School on Long Island. “But the inclination was there. I just wasn’t quite sure what the focus would be.” 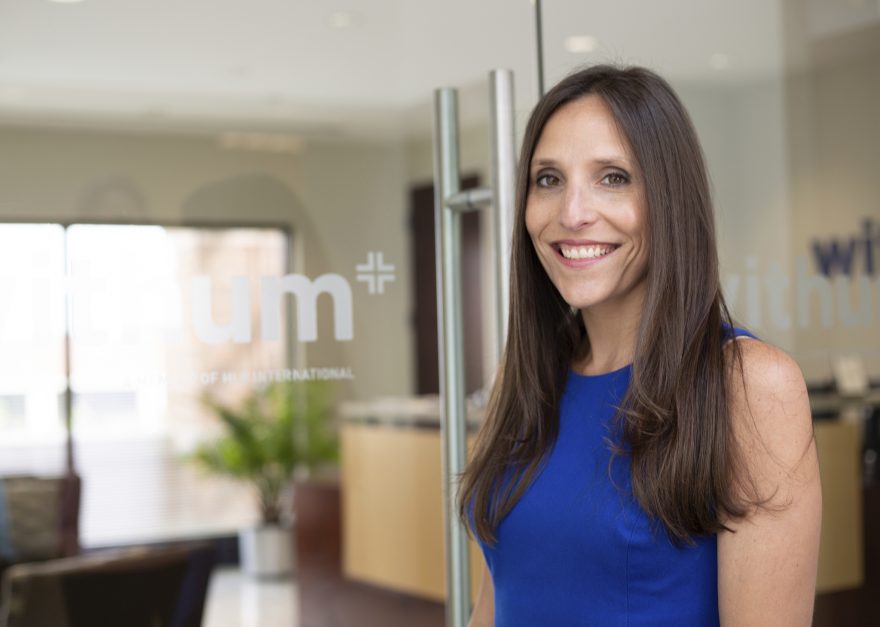 At first, Liebman had designs on entering criminal law. A 2005 graduate of George Washington University who majored in criminal justice, Liebman attended St. John’s University School of Law in New York City. By then, her interests had begun to shift; she was still fascinated by litigation, but thought a business track might prove more practical—and profitable.

After earning her J.D., Liebman was hired by the New York firm of Wilson Elser. Over the next seven years, accounting evolved from profession to bona fide passion, whether she was representing clients in high-profile, multi-million-dollar cases—a pop-musician’s former business manager included—or taking deep dives into lesser known but no less compelling cases.

By the time Withum came calling in 2016, Liebman’s accounting ambivalence had evolved into an all-out calling.

“Looking back, it was a huge risk. But sometimes those are the risks you have to take,” Liebman says. “So long as you have an open mind and bring a positive attitude, things will work out.” 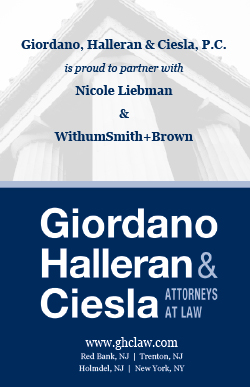 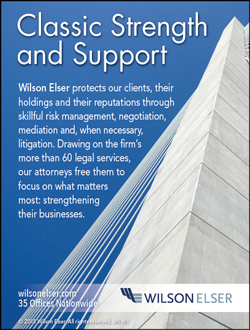