Tracks to the future

When Paul Kleppetsch was a kid, his idea of an exciting day off was visiting federal court.

His aunt worked in the human resources department for the United States District Court for the Northern District of Illinois. Whenever he could, he would go with his grandmother to sit in on the day’s various trials and hearings—and sometimes even get introduced to judges and their staff.

As he watched the various cases being argued, he knew that’s what he wanted to do when he grew up.

“There was something about trying to convince people to see things your way; it was enticing to me,” Kleppetsch says. “You’re trying to advocate for someone, for something, for some idea.”

These days, he does that advocating for ITS Technologies and Logistics LLC.

Based in Darien, Illinois, the company was recently acquired by Australian investment house AMP Capital, and is a leader in rail terminal operations and depot services. Kleppetsch is the sole member of its legal department, serving as a jack-of-all-trades general counsel. 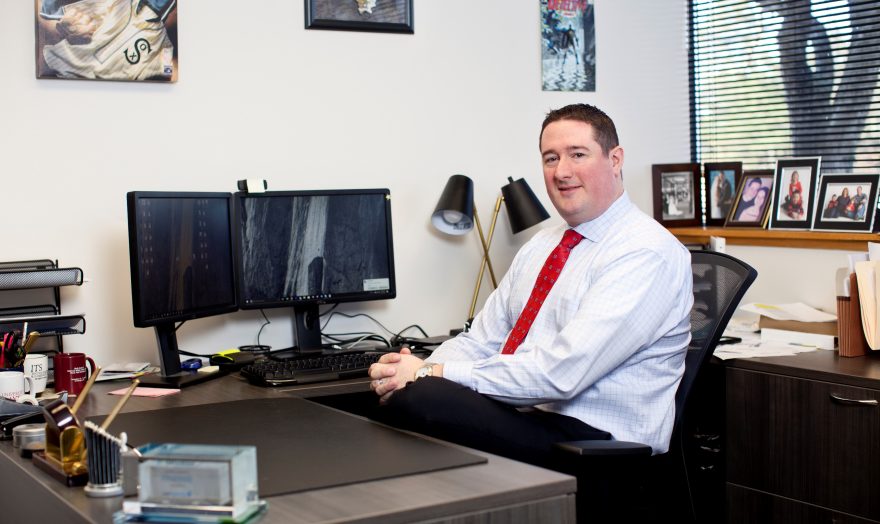 “What interests me most about this job is the variety of work,” he says. “While it may be challenging that things are never the same, there’s something to be said about having new issues coming across your desk on a regular basis. It’s great to have so much to do and so many areas to cover.”

The John Marshall Law School graduate joined ITS in 2015, following over 10 years as a civil litigation attorney. The 33-year-old company operates at more than 90 facilities, employs more than 3,100 and holds long-standing relationships with all the major North American railroads.

As Kleppetsch explains, the company’s “bread and butter” is performing loading and unloading services at railroad terminals—handling about 7 million container “lifts” annually—but it is also parent to multiple affiliates with related services. Those include American Auto Works, which loads and offloads roughly 1.5 million vehicles a year; ConGlobal, a depot services division that stores, repairs and tracks equipment; and Atlantic Container Service LLC and LanPort LLC, which provide various intermodal support services in hubs in Georgia, South Carolina and Tennessee.

No two days the same

All this keeps Kleppetsch quite busy.

For instance, one day, he could be dealing with a trademark issue, while another could be devoted to labor matters such as workers’ compensation, environmental health or union negotiations. His to-do list can also include issues surrounding contracts, indemnity agreements, business structure, company expansion, and sales and marketing. Then there are the expected lawyerly duties involving litigation, claims mediation, providing answers to discoveries, and offering a “voice of reason”, from a legal perspective, to company management.

“There is no regular day-to-day,” he says, stressing the importance of responsiveness, no matter what the issue happens to be. “It just depends on what’s pressing at the time. There’s just such a variety of things.”

Recently, he’s been involved with helping to restructure ITS’ fleet to expand its drayage operations (which involves short-distance transport as part of an overall larger move—for example, from a rail terminal to a distribution center). During his tenure, ITS has continued to expand its operations around the country, to locations including Norfolk, Virginia;  Cincinnati, Ohio; Lexington, Kentucky; Richmond, California; and Joliet, Illinois.

Looking ahead, he’d like to add a paralegal in the near future, he says, as well as build out an overall legal team.

“While we’re always going to be exposed to potential risk of third-party cases, I, with safety and human resources, have been able to reduce our exposure and implement further plans to protect our company,” he notes. “I’m proud that, for the most part, while we still get the occasional case, we’re not often surprised by things.”

Much growth to be had

Prior to joining ITS, Kleppetsch served as a civil litigation attorney in Chicago, dealing with issues around personal injury, product liability and medical malpractice. It was in that role that he first worked with ITS. When the general counsel position came up, he was intrigued.

“I could do more and it would be more interesting for me,” he says, noting that the legal landscape at that time in Chicago was becoming increasingly competitive.

Among its other strengths, he lauded the company’s strong management team and dedication to its mission statement, in which it pledges to be a leader in the field, make safety paramount, and exceed customer expectations. That core strength, he says, appears to have been one of the major draws for AMP Capital, which acquired ITS in October 2017.

“They’re interested in growing our business, but they want to stay true to our mission statement,” he says. “There’s a lot of growth to be had in our company.” 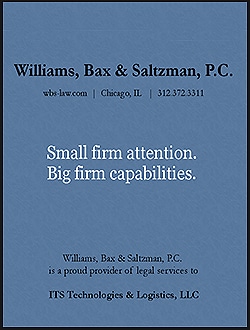