For Sarah Fisher, the law was a calling she heard from an early age. In the second grade, she dressed in a suit and carried a briefcase to Career Day. By the fifth grade, she was passing out handmade business cards for the “law firm” she had started.

Sure, her aspirations had a lot to do with the glamorous characters she saw on L.A. Law. But they also sprang from a desire to make her work matter, which endured long after L.A. Law went off the air. 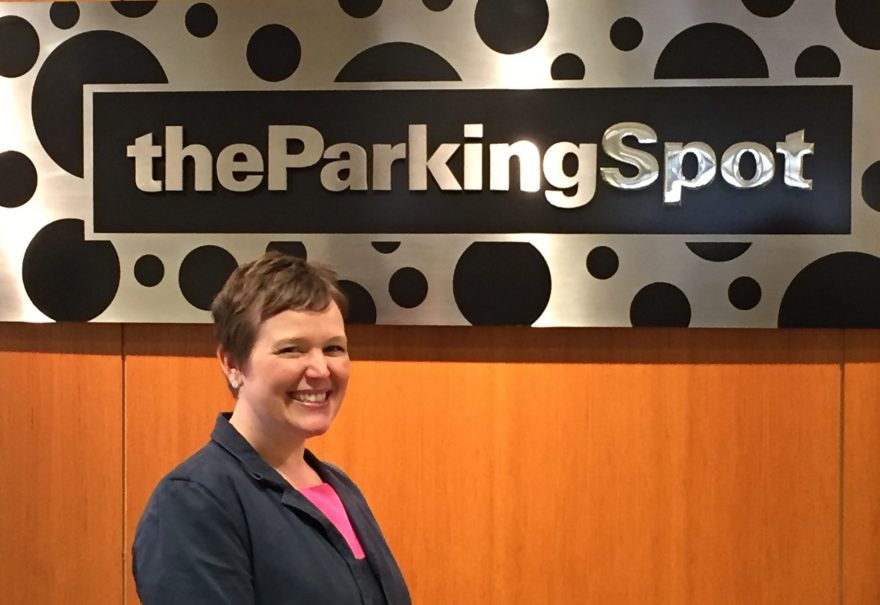 “The things I do need to be worthwhile and meaningful,” says Fisher, who, at just 36, is the general counsel for The Parking Spot, a leading off-airport parking provider.

“It’s so important to believe in what you’re doing because there are so many demands on you professionally and personally. There just aren’t enough hours in the day, so the ones you have need to be used wisely and fill you up, and I use that as my compass.”

A long way from Iowa

Growing up in Dubuque, Iowa, the oldest of four, Fisher was heavily influenced by her parents and grandmother. Her dad, Tom, worked at the Jeld-Wen Door Company factory. Her late mom, Anne, worked retail jobs.

Fisher’s grandmother, Biddy, who never went to college, worked her way from secretary to president of the Sanofi Gelatin Company, while raising four kids and getting deeply involved in civic causes. 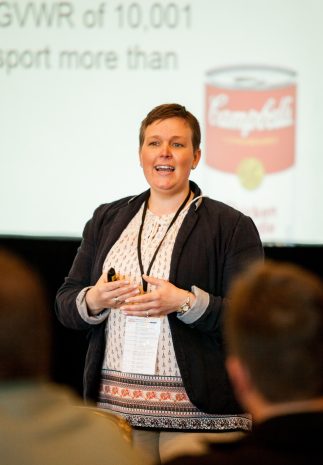 “I had a remarkable role model in her and my parents—they stressed the importance of hard work and instilled an amazing ethic in me,” she says, adding that her parents were deeply involved in all their children’s lives.

When Fisher graduated from the University of Iowa with a degree in Political Science, she took time to make sure that she hadn’t outgrown her childhood dream.

“I had to find out whether I really wanted to be a lawyer,” she says, “or whether I was just going [to law school] because I’d been saying that for so long.”

Fisher went to work for a Chicago staffing firm, hoping to get a placement, and a peek into corporate life in the big city. But the staffing firm ended up hiring her as an administrative assistant, then promoting her to its recruiting and business development teams where she was able to interact with law firms.

“I learned a lot about law firms from the perspective of secretaries and paralegals,” she said. “How support staff is treated at a firm says a ton about the culture of a firm, so I had great insight into that when it came time for me to make a choice on where I wanted to join.”

After two years, Fisher still felt called to the law, graduating from Georgetown Law in 2009, just as the economy was cratering. While she had an offer to join Skadden, Arps, Slate, Meagher & Flom LLP in their Chicago office, the firm was offering its incoming associates a year-long deferral.

Knowing she probably wasn’t going to get the meaningful experience she was looking for, she used the deferral time to volunteer with the Corporation for Supportive Housing, a New York-based non-profit that helps fund and develop housing and support services for people in need. She reviewed loan files, made grant applications and interpreted tax code issues.

“It obviously had a big element of public service, which is a huge deal for me,” she says. “I may not have had the opportunity to do it, had I not gotten that deferral from Skadden, Arps and the encouragement of my husband, Brett.”

Outside the comfort zone

Fisher treasures the mentorship she got at Skadden, Arps from Nancy Olson, the lead partner in the Real Estate section, and Catie Danz, another one of the firm’s counsels.

“Nancy and Catie showed me how it was important to strike the right balance between being the consummate professional and having a family life, too,” says Fisher, who now has two kids of her own—Charlie, 5, and Annalee, 3.

Olson gave Fisher an opportunity to work closely with clients early on. She sent Fisher to New York to work on a high-profile deal, to determine how historical railroad industry property documents applied in modern times.

“It was scary, but to cut my teeth on something like that, as a junior associate, was a remarkable experience,” Fisher says. “It taught me to get out of my comfort zone and that you have to have confidence in yourself when someone else has confidence in you. It can be a little uncomfortable, but it pays dividends.”

In 2013, it was that confidence that prompted Fisher to answer a recruiter’s invitation to be The Parking Spot’s first in-house counsel.

The prospect of moving to The Parking Spot—which has 38 facilities at 22 airports from LaGuardia to LAX—was as daunting to Fisher as the New York deal had been.

Fisher had just a general idea what being in-house counsel entailed. She was impressed by the sophistication and experience of its private equity owners. The opportunity to stretch outside of her comfort zone was intriguing. 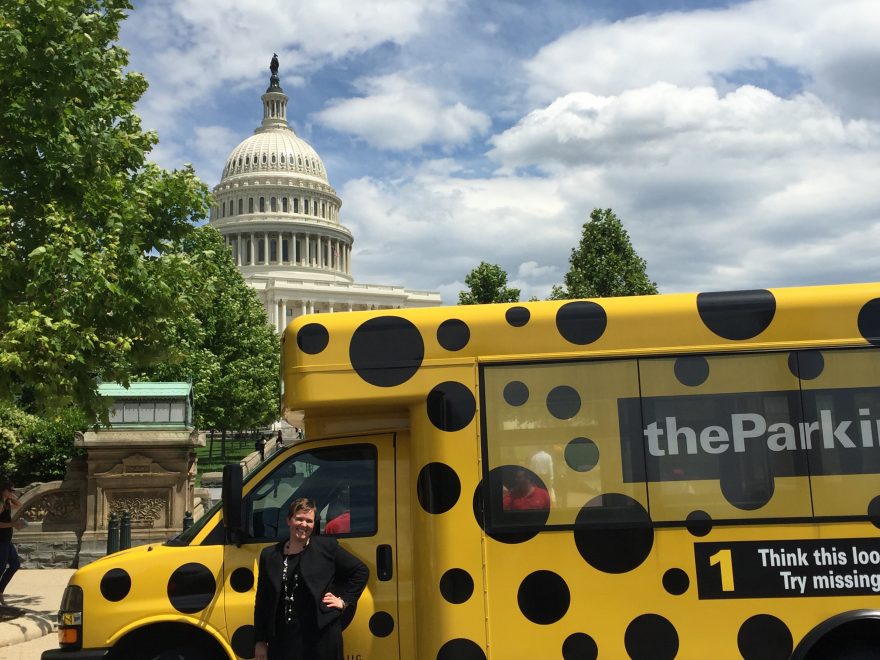 “As general counsel, it’s not just doing a discrete deal and then you’re done,” says Fisher. “You get to think in a broader sense about how that decision—and the potential consequences and rewards—are going to impact the business. When you’re not doing transactional work, you’re thinking ‘how do we operate the company as smoothly as we possibly can?’ And that means that you focus on different and evolving priorities every day to achieve that goal.”

As The Parking Spot expands, Fisher negotiates and coordinates with government agencies, boards, and entities that regulate airports, which in many cases operate competing parking facilities.

“It’s not just about the nitty-gritty nuances of how much we’re paying and where to put us,” she said. “It’s about looking at what should be happening at airports from a good policy perspective, and what it means for the individual traveler.”

Fisher revels in her regulatory affairs work and is deeply involved with the Near Airport Parking Industry Trade Association (NAPITA) and is a member of the American Ground Transportation Association (AGTA) board.

“I’m not only helping the company understand how to live within the laws, but I can help the lawmakers understand what legislation means to the company,” she says. “That’s a cool perspective to bring to the table.”

The industry includes a wide range of members, from large corporations to mom-and-pop operations, and encompasses both hourly and salaried employees across the country.

“It’s this really awesome mosaic of all different kinds of people you get to interact with,” she said.

Fisher has represented NAPITA on Capitol Hill, educating lawmakers on the pressing issues that impact not only the 12,000 people who the industry employs, but millions more in related industries. That helps her connect with the calling and sense of purpose that has beckoned since the second grade.

“Given how involved I get to be in so many facets of the business, I know who I’m working for,” Fisher says. “It’s very rewarding to see your work make a real difference in the lives of people you know.” 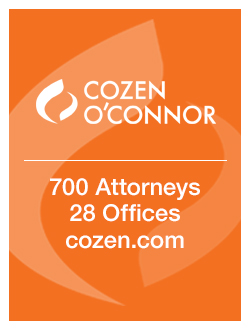 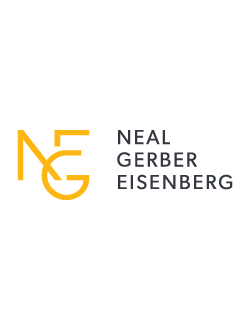 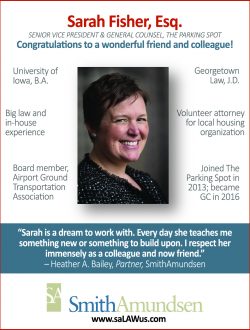