“A leader is only as good as his team.”

It’s a phrase you hear a lot in sports and entertainment, when a star player credits his teammates after winning a championship, or an Oscar winner heaps praise on her colleagues during an acceptance speech. 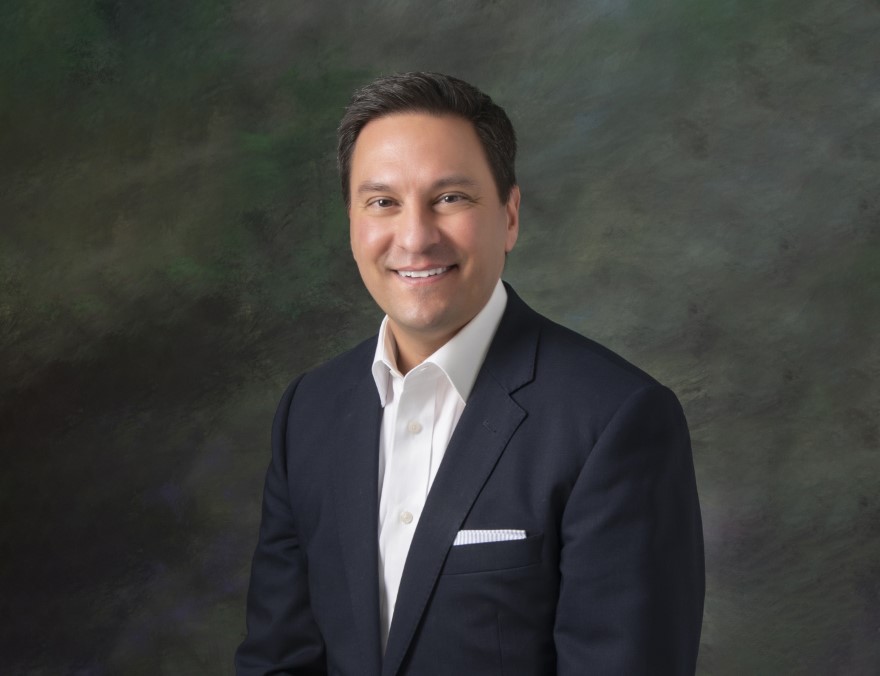 But for Peter Castelli, senior vice president, general counsel and secretary of POET, the world’s largest producer of biofuels like ethanol and other renewable alternative product solutions, the adage can just as easily be applied to the law.

POET is based in Sioux Falls, South Dakota, and has operations across the country. As such, Castelli and his team have been working to keep the business operational during the COVID-19 pandemic. That has required many changes, including working remotely while fully supporting a business that was severely impacted by the stay-at-home orders and, in turn, the impact that had on ethanol consumption.

The legal team was also challenged with closing a significant corporate restructure and refinancing in the midst of the pandemic. 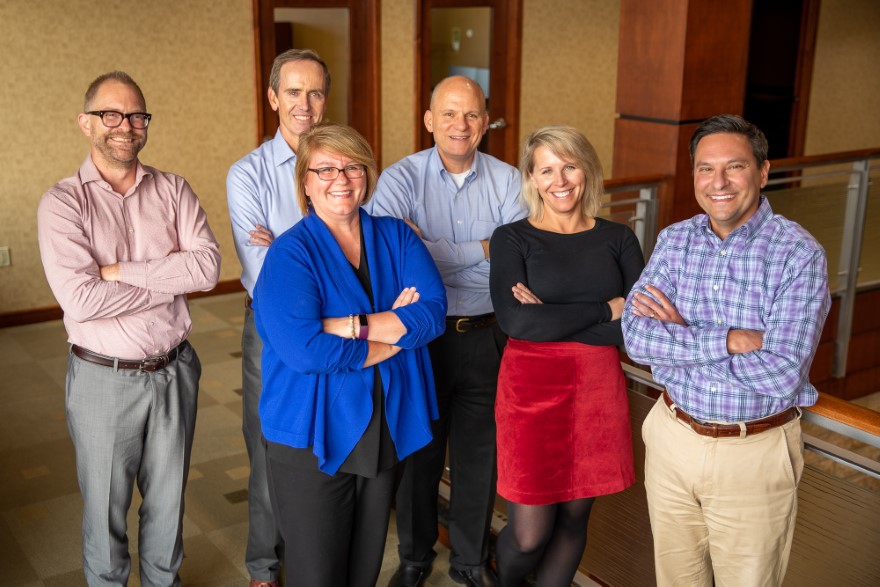 “It has been a really heavy lift for the entire legal department,” Castelli tells Vanguard in August from his office in Sioux Falls. “I think it’s been really disruptive to the team, but they stepped up and delivered real value to the business.”

Through it all, he has leaned on more than his two decades of experience; he’s also relied heavily on his team to continue to get things done—and ensure that his first few months at POET are setting the stage for future success.

“I can say the team is very seasoned and they’ve made me look good,” Castelli says with a chuckle. “There’s not a lot of internal politics, the team is very commercially minded and there’s a midwestern sentiment here that’s very welcoming.”

When he arrived in February, he was fronting a legal team that had worked together for years—and had develop a certain way of doing things. For Castelli, it was all about not upsetting the apple cart. From the beginning, he and his team began working on several initiatives that are important to the company’s future. But the real key to the team’s success will be getting aligned and putting into action how they live their legal philosophy.

That philosophy says that lawyers have to be businesspeople first and be viewed that way by the organization. In a company like POET, the legal team must be comfortable not only with framing but also with accepting risk. Like business leaders, the legal team has to be creative to contribute. 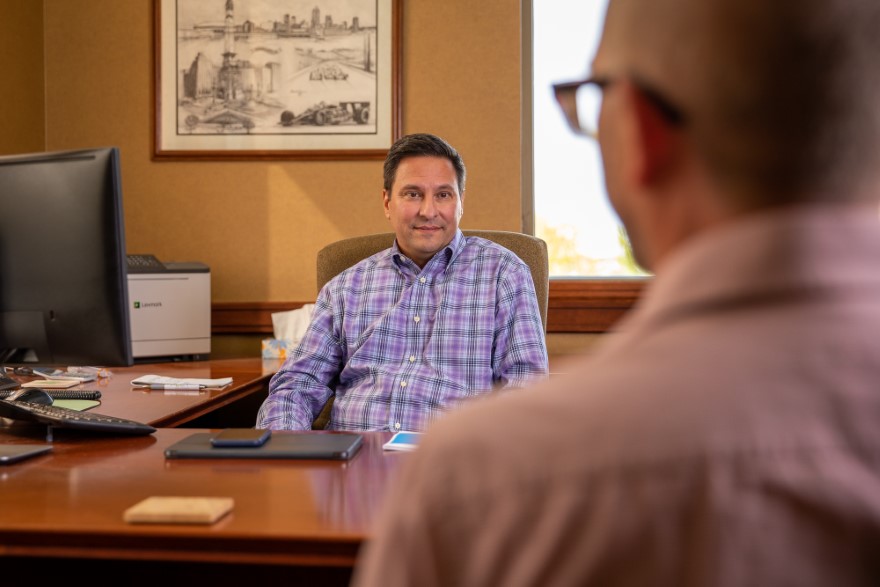 “Once you demonstrate real commercial value, you quickly become in high demand in the organization,” Castelli says.

He is planning an off-site strategy session for the legal team in October which will primarily focus on living out that philosophy. The goal, he says, is to come up with specific steps to put that philosophy into action in the organization.

Other questions Castelli seeks to answer include: How can the team develop and launch its “internal brand”; and what big ideas and ambitions does the department have for the next 12 months—and the years ahead?

“We will do this all as a team, and the only rule is that everything we do—our strategy—has to fit seamlessly with POET’s philosophy and commercial strategy,” he says. “The legal team was on a journey before I got here, and that journey continues.”

Just as Castelli started dipping his feet in the POET legal pool, the pandemic hit, forcing him to foster relationships much more quickly—and accelerate his acclimation to the organization.

“I had an old boss once who used to say, ‘never let a good crisis go to waste’. In a strange way, I think the pandemic allowed me to develop certain relationships and be accepted by parts of the organization more quickly,” he says.

Through it all, Castelli says the team has been open about suggesting ways the legal department can improve, including sharpening their commercial skills, intimately understanding the business and having the freedom to be creative and nimble in the organization. He’s tried to listen to ideas and figure out how the team can contribute more to the success of the company. 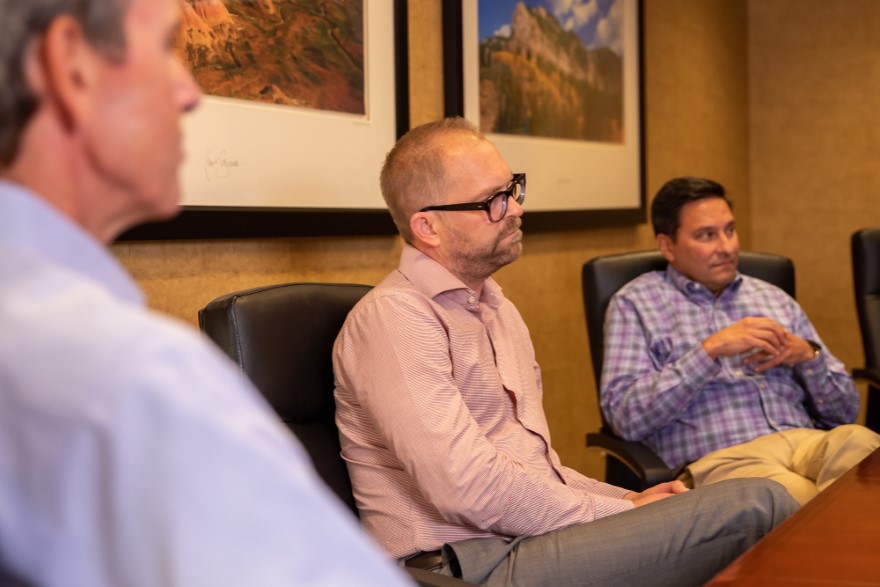 “I’ve always felt the legal department has to be an extension of the company, and it has to find a way to be influential and effective in supporting the commercial strategy,” he explains.

One thing’s for certain: The general counsel process that Castelli has seen in a lot of public companies simply doesn’t work at POET because it is a “change the world” type of company, a company with a culture of big ideas, passion and a pervasive entrepreneurial spirit. Started from humble beginnings, it has since grown—in just 35 years—to become the biggest company in the world in its industry.

“I don’t operate from a playbook. I wouldn’t be successful at a company like POET doing something like that,” he says.

After graduating from the Robert H. McKinney School of Law at Indiana University in 1996—and a brief stint at the firm of Ziemer, Stayman, Weitzel & Shoulders—Castelli joined Tate & Lyle, the British food and beverage company, where he spent much of his career.

Beginning as a corporate attorney (a role he held for six years), Castelli was given the somewhat unusual opportunity to move into several purely business roles at Tate & Lyle, before ultimately moving back into the law department.

“I will be eternally grateful to Tate & Lyle for taking a chance on a young lawyer and allowing me to take on a variety of commercial roles,” he notes. “Ultimately, those roles taught me about business, strategy, making money and, in the end, those experiences made me a much better lawyer and a more effective general counsel than I would have been otherwise.” 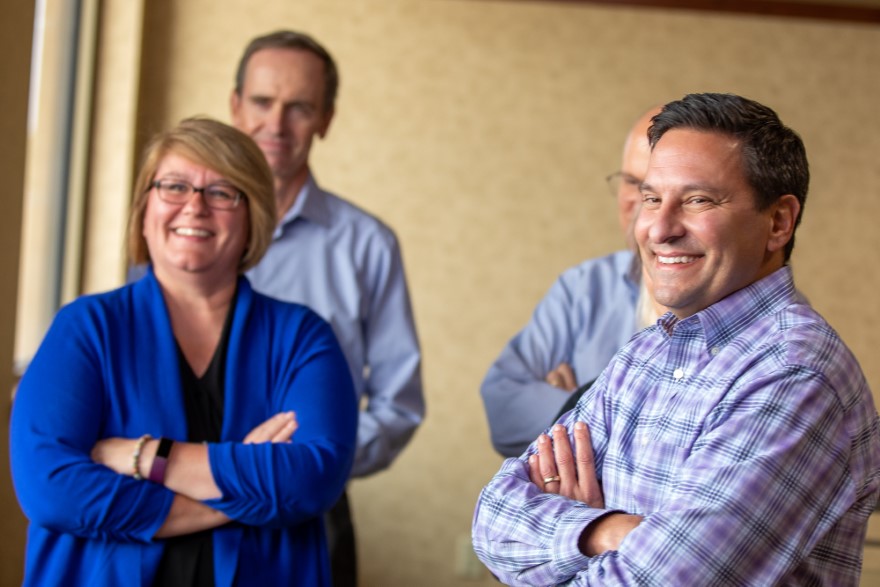 At Tate & Lyle, Castelli ascended to the position of senior vice president and global head of legal, a role he held for three years until 2019. It was then that he took a senior counsel position at Winston & Strawn, which he kept for seven months until POET came calling.

“My thought was always that I’d go back to a GC position, but I thought it would be a few years,” he says. “Luckily, I was at a point in my career where I could be choosy.”

Castelli quickly knew that POET was the right fit. He says he was attracted to the very competent leadership team, the company’s entrepreneurial spirit and culture of innovation, and felt like he could contribute in a meaningful way.

And that he has—albeit with plenty of help from his very capable team. 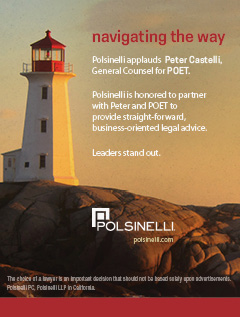