If your employer cracked the top five of “Inc.” magazine’s list of the 500 fastest-growing private companies in America, chances are your first thought would be to run straight for the “emergency” champagne bottle inside the break room refrigerator. 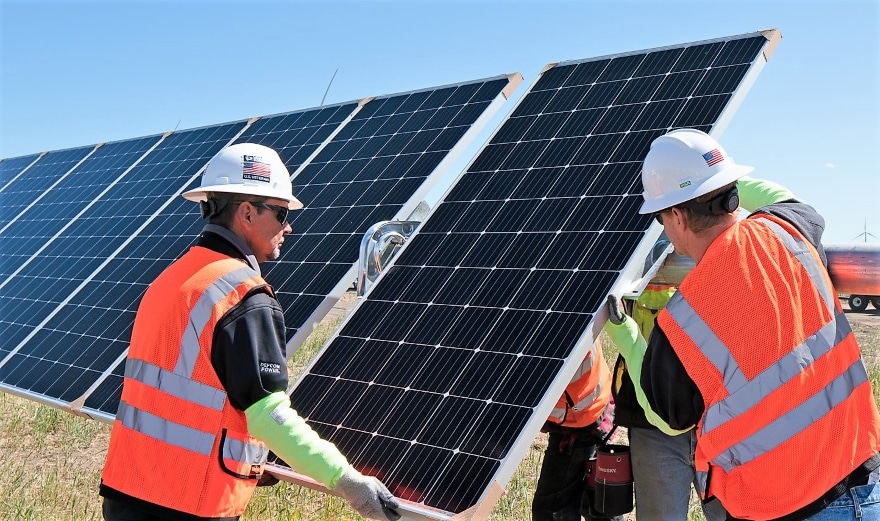 “The faster the company grows, the more you have to really pay attention to crossing the t’s and dotting the i’s,” says Scaglione, general counsel and secretary for Arizona-based solar development company DEPCOM Power. “There are always risks to be managed and potential problems to be spotted. You just don’t have time to rest on your laurels.”

Since joining the company in early 2017, less than four years after its founding, Scaglione’s duties in financials, dispute resolution and contracting, especially, have expanded as DEPCOM grows its purview to include operations and maintenance services.

According to Scaglione, the best contracts are those that can be tweaked and updated to meet the ever-evolving company-client relationship: adjusting project timelines to account for the regulatory realities of a given state; tweaking purchase agreements based on local utility pricing in power purchase agreements; and so on.

To ensure the company doesn’t deviate too far from its standard contracting language, Scaglione and her team use a template matrix to more thoroughly analyze DEPCOM’s myriad contracts—EPC agreements (short for engineering, procurement and construction), development services agreements and subcontract agreements, just to name a few.

Today, thanks in part to Scaglione and her team, DEPCOM touts one of the industry’s lowest percentages of change orders, wherein a client requests certain alterations (additional solar arrays, for instance) after a project has begun—a testament, Scaglione says, to the company’s culture. 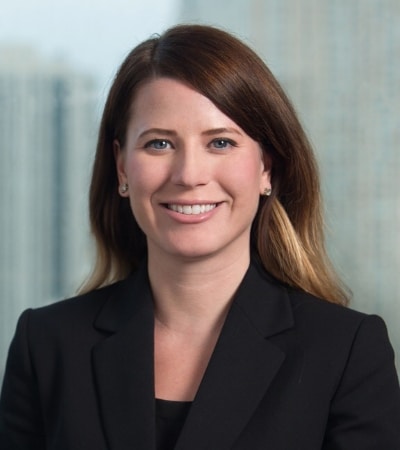 But Scaglione’s duties extend well beyond the scope of individual projects. While the industry’s regulatory landscape has always been a tricky one—with agencies like the U.S. Department of Energy requiring strict standards for all large-scale projects—recent trade disputes have further complicated the compliance calculus.

After President Trump announced a 30 percent tax on all imported solar panels in January of 2018, a move some industry experts predicted would cost 23,000 jobs in the first year alone, representatives from the Solar Energy Industries Association and U.S.-based companies, including DEPCOM, flew to Washington to voice their concerns.

“Our response to various tariffs is an ongoing process—and an educational one,” Scaglione says. “It’s imperative that we understand what’s coming down the pike in terms of these macroeconomic forces, because that inevitably affects how you budget and price future projects in an appropriate way.”

The fact that nearly 70 percent of DEPCOM’s equipment is made in the U.S., coupled with its ability to quickly adjust and present creative solutions, has helped insulate the company from the worst of the fallout and maintained its continued growth trajectory. That, in turn, has added to Scaglione and DEPCOM’s compliance plate, whether with respect to certifying new facilities with the North American Electrical Reliability Corporation or ensuring the company’s plant safety credentials are up to date.

Asked whether she expected such a legal tour de force upon joining DEPCOM as a corporate counsel two years ago, Scaglione can’t help but offer a slight equivocation.

“One of the things that really drew me to the company was this sense that things were really about to take off,” recalls Scaglione, who spent the first 10 years of her career in private practice. “There was an energy about the company that was infectious.”

Indeed, it’s a theme that’s punctuated much of Scaglione’s personal and professional journey. After harboring early designs on becoming an architect, Scaglione became enamored with the world of building codes and real estate law.

After graduating from Washington University in St. Louis in 2005 (where she day-lighted as a standout soccer player), Scaglione continued her education at the Illinois Institute of Technology’s Chicago-Kent College of Law, earning her J.D. in 2008.

Later that year, she joined the Chicago firm of Lowis & Gellen. As an attorney in the firm’s corporate group, Scaglione handled everything from complex commercial litigation to mergers and acquisitions, primarily on behalf of companies in the transportation, food and luxury goods sectors.

In 2017, less than a year after making the jump to McDonald Hopkins, she was invited to interview for a corporate counsel position at DEPCOM. Knowing it would be her first in-house job, Scaglione conducted her due diligence, soliciting feedback from industry peers about the company’s prospects. 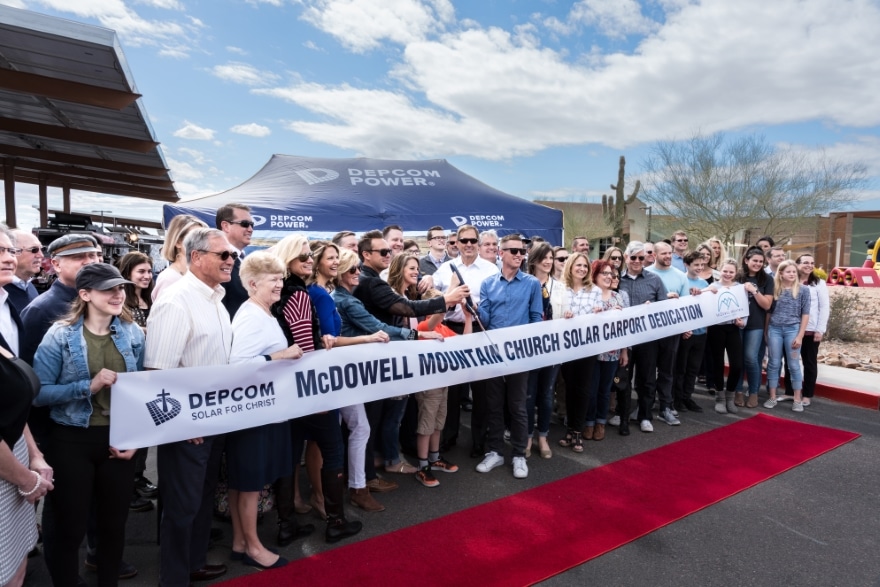 Starting out as a corporate counsel reporting to DEPCOM’s CFO, Scaglione’s acquisitions and finance expertise proved instrumental in helping shepherd the acquisition of the company’s first solar facility, earning her a promotion to general counsel in November 2017.

“I knew things would move quickly here; I had no idea it would be this quickly,” Scaglione says with a laugh. “I was really fortunate to have a lot of wonderful mentors along the way who helped prepare me for this role. But it’s also a role that’s changing constantly. The trick is to make sure you’re maintaining the same level of service and compliance—that we’re touching anything and everything important to the company.”

Everything but the break room champagne, that is. 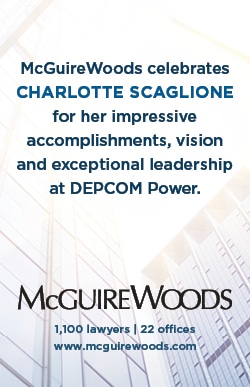