Like the digs of their C-suite neighbors, every general counsel’s office has its visual centerpieces—items such as diplomas on the wall or leather bound books meant to capture the visitor’s attention or even show off.

Romy Horn hopes you notice the bowl of candy on her desk. From Tootsie Rolls to Jolly Ranchers, the dish has a little something for everyone.

“You’d be amazed at what you can accomplish over a roll of Smarties,” Horn says with a laugh. “I always try and stock the favorites. I’ve found it’s a great way of putting people immediately at ease.” 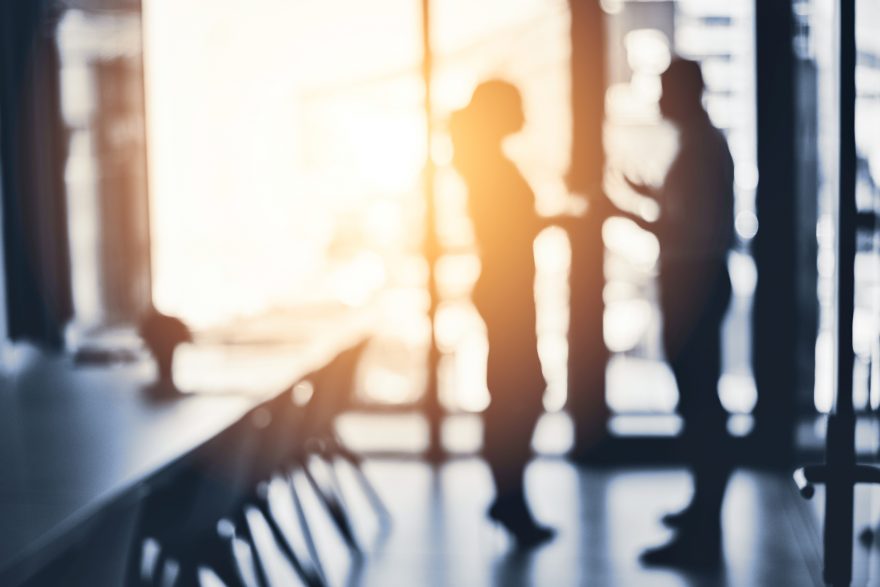 The prop has come to epitomize Horn’s open-door policy as general counsel for W2O, a global marketing and communications firm headquartered in San Francisco. After joining the company’s New York office in September 2017, Horn’s strategy was simple: to build a department that was not only reliable, but approachable—service with a smile, compliance style.

Refreshing though it’s been, Horn’s tack was about more than just boosting morale. It was necessary to help prepare W2O for the significant challenges ahead.

Law of the land

Only days after accepting her new position, even before her first day at the office, Horn took a call from the company’s London office. The topic: preparing for the launch of the European Union’s General Data Protection Regulation, better known as GDPR. Passed in April 2016, the law placed new restrictions on how personal information is acquired, stored and shared.

With potential fines ranging as high as $20 million, every company must now exercise the utmost diligence—W2O included.

“Given our extensive presence in the EU, it was incredibly important to make sure we had all the proper safeguards in place,” Horn explains. “It’s something that touched literally every department we have, from IT to public relations to human resources.”

Accordingly, Horn’s first order of business was to meet with representatives from across the W2O landscape—analytics and insights teams, data scientists, paid-media specialists—to better understand how legal could help them prepare for GDPR. And vice versa.

In each instance, Horn had to assure that any documents with private information, including contracts and consent forms, were GDPR-compliant.

But while W2O was able to optimize its compliance posture in time for the law’s May 25 launch, Horn says many of the resulting processes will remain—particularly as they relate to data security.

“When you’re doing social media or other influencer work, it’s incumbent on you to protect that client information,” Horn says. “So anyone that’s delivering services to clients has to follow these regulations.”

For lower-stakes matters—say, those involving employees, or strictly internal processes such as streamlining the company’s contract-management system—her approach is a bit more flexible, though diligence and detail are still essential. If W2O has a new media plan in the works, Horn will review the strategy. Marketing and advertising copy? She’ll put eyes on that, too.

For Horn, being effective in her role means being seen not as a school principal—concerned only with what not to do—but as a bona fide business partner. 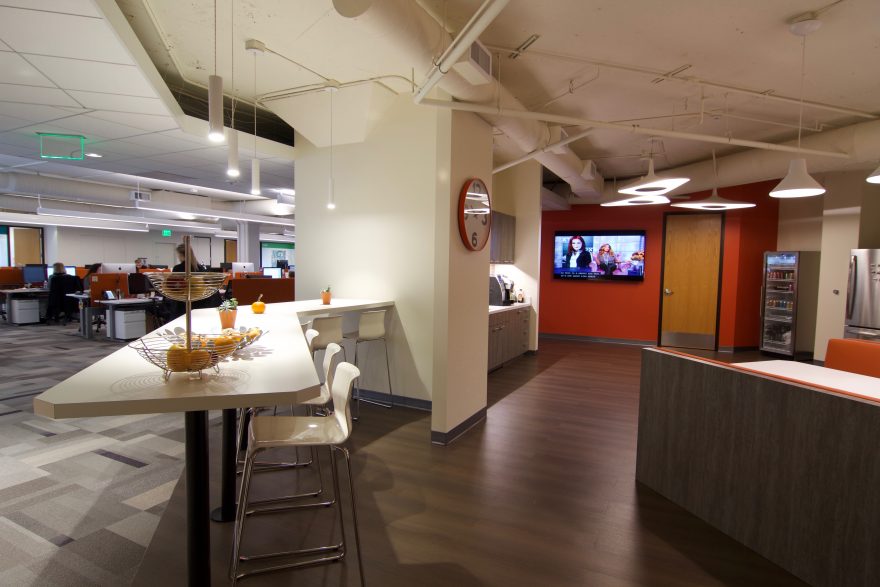 “Part of the open-door policy is letting people know that, if they have any concerns whatsoever about a particular issue, they should bring it to me,” Horn says. “There’s no sense spinning our wheels and spending time on something that won’t see the light of day. I think you can be hands on without micromanaging.”

Given W2O’s gangbusters growth, highlighted by their 17.6% percent growth from 2016 to 2017, Horn believes that balance is more important than ever.

But if her professional journey is any bellwether, the ability to combine savvy business sense with sound legal instincts should come as little surprise.

Unlike her initial major.

As a child growing up near Albany, New York, Horn dreamed of becoming a world-class dancer, so much so that she decided to major in dance at New York’s Adelphi University. During her junior year, Horn had an epiphany.

“I realized that all of my history major friends were reading the same books—and really enjoying it,” Horn recalls. “So I sat down with the dean of the history department, who sold me on the idea pretty quickly.”

Horn hit the books, earning her B.A. less than two years later. Reluctant to enter the world of teaching, Horn opted instead for law school, graduating from St. John’s University in 1991.

After spending the next 14 years in the world of private practice, Horn was eager for a change—one better suited to her budding entrepreneurial spirit. In 2008, she launched Dough Re Me Kids, offering weekly cooking lessons and workshops to children and their parents. On top of being the company’s president, Horn also honed her marketing and social media chops—skills that would prove instrumental in the next phase of her career.

In 2011, Horn was hired by 360i, an award-winning Manhattan firm and a pioneer in the world of digital marketing. Beginning as a legal counsel, Horn quickly scaled the ranks, earning the title of general counsel in 2014—all while helping run Dough Re Me in her spare time.

In W2O, Horn found her next great challenge: a fast-growing company squarely on the cutting edge, but with a legal department in need of a sturdier structure.

“I’m really proud of how dynamic and approachable the legal department has become,” Horn says. “People are in and out all day long, always communicating and talking through whatever issues there might be. There’s a real energy here.”

With a little help from the candy, of course. 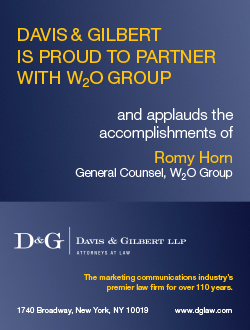