He's one to land a good deal

Georgia’s population is growing over 14 percent annually while its housing supply lags, so there’s ample opportunity for a company to thrive while making up the difference. First things first, that means acquiring the land on which to build, which Walton Global Holdings does. Then, it sells that real estate to homebuilders with which it maintains close relationships.

In August the Scottsdale, Arizona-based real estate asset management company added to its extensive North American land holdings by acquiring two parcels totaling 808 suburban acres on which it is expected over 1,600 houses will be built.

Atlanta living up to its “Hotlanta” label, Walton acquired 652 acres known as Pinehills Trails in Paulding County, just aside the booming city. Coastal Georgia also attracting dwellers, the company sealed the deal on 156 acres in the southeast city of St. Marys, just a 40-minute drive north from another hot spot, Jacksonville, Florida. 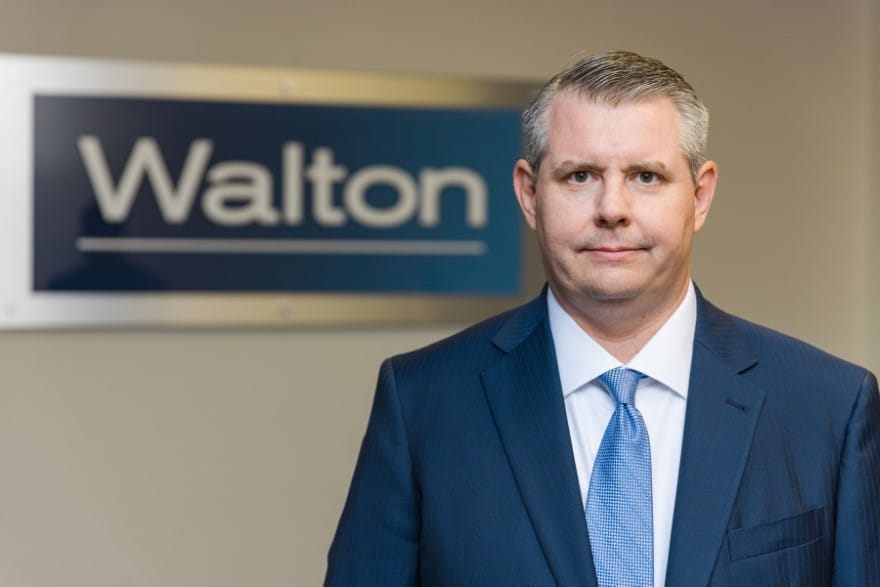 With General Counsel and Executive Vice President Ryan J. Kretschmer overseeing the acquisition, planning and disposition process with help from outside counsel, Walton is expecting the Pinehills Trails grounds to be broken in early 2022.

“We are always gauging the market to develop business initiatives that will accomplish our main goal, serve the real estate industry and our investors and landowners,” he tells Vanguard. “We approach every task with a ‘get to yes’ attitude, focusing on how to accomplish our goals in a legal and compliant manner, rather than focusing on what can’t be done.”

Walton also having extensive holdings in other parts of the Peach State, it recently sold 124 acres in Braselton—about 40 miles north of Atlanta—to heavyweight homebuilder D.R. Horton, which plans 178 single-family houses. The housing market also promising in central Florida, Walton also closed with D.R. Horton for the first phase of residential lots in Plant City, where more than 1,900 homes are envisioned in a master-planned community.

However, not everyone wants to own their home. There’s a real estate trend that some companies have been slow to recognize, though Walton hasn’t been among them. The build-to-rent demand has been soaring, especially in warm-weather locales, with Walton literally on the ground floor.

“This industry has been catching fire, seeing significant growth, especially during the last 18 months of the pandemic,” Kretschmer says. “There’s a push from the dense cities and into suburban environments, and many people want that additional space in their backyards even though they aren’t in a position to, or don’t have the desire to, buy and own their own home.” 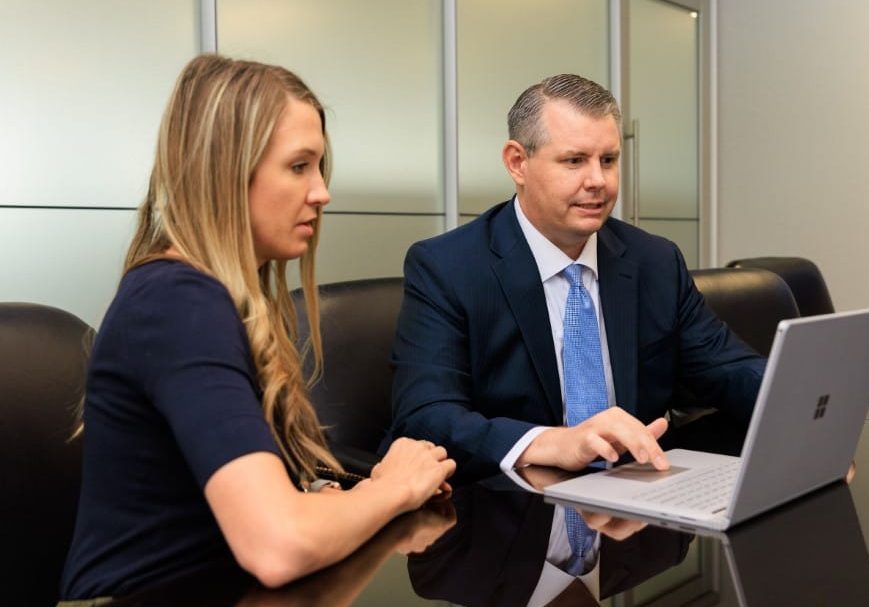 While build-to-rent is still a relatively new and small segment of the Walton business lines, Kretschmer expects it to increase as part of the company’s $2.5 billion in exit activity nationwide. A member of the legal team for over a decade, and in his current positions since 2017, he advises on real estate, securities, joint ventures and general corporate matters.

There’s always new territory that beckons, with Walton’s recent attention also on Las Vegas and other parts of the Southwest to add to existing assets in that region in Arizona, Colorado and California. Texas also is among the promised lands, the Lone Star State and its favorable business climate attracting such an influx from all directions. Walton’s presence is strong in Florida, Georgia, Tennessee and the Carolinas, as well as in the Washington, D.C., Virginia and Maryland regions. The company also has holdings in Illinois.

A lean but capable team

So that’s a lot of detail for Kretschmer to oversee as the lone in-house lawyer. The legal aspects of land acquisition being fairly consistent nationwide he’s got a handle on the transactions while retaining outside counsel should issues arise.

He conducts much of his business online and says a COVID-19 consequence has been the tightening of connections with far-flung personnel. He says his load is lightened by a trio of staffers whom he lauds as vital links in the chain.

There’s Hector Meza, vice president of real estate transactions and key to Walton’s acquiring and dispensing of properties. Commercial Title Officer Lynne Kremer works with Meza and Kretschmer in all transactions, and Legal Secretary Julie Gillett keeps the office and department organized and plays a key role in facilitating corporate governance. Kretschmer anticipates further expansion of the department in the near term to add support with one or more additional in-house counsel roles. 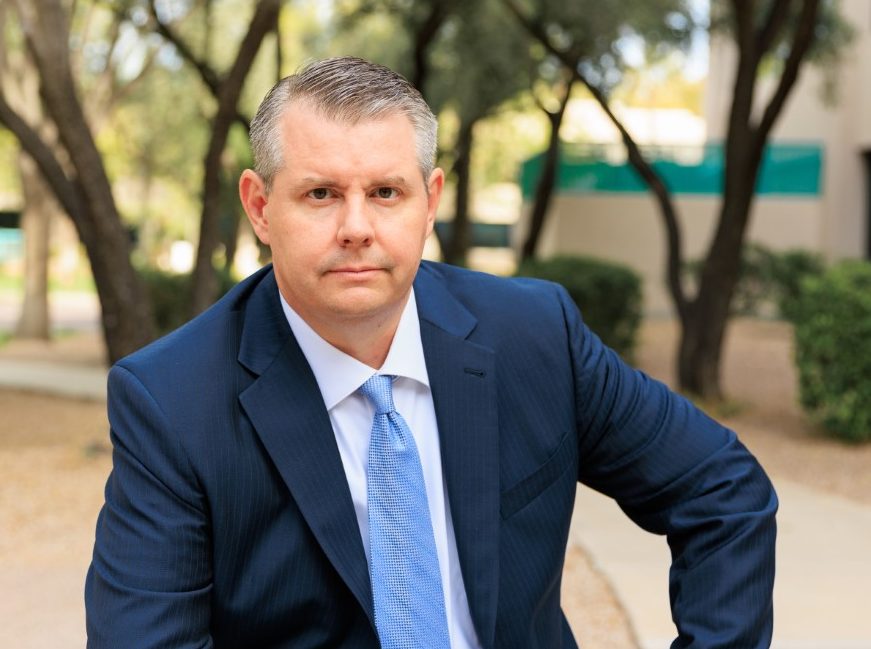 There’s much for them all to do, the privately-owned Walton having more than 90,000 investors and landowners in 71 countries. But it’s all in a day’s work for Kretschmer, who relishes the in-house role that began with Walton in March 2011.

Prior to Walton, Kretschmer honed his skills for four-and-a-half years as an associate in the Phoenix office of Squire, Sanders and Dempsey (now Squire Patton Boggs), immersing in corporate and real estate finance. As the Southwest construction industry went from boom to bust, he garnered diverse skills that would make him an attractive candidate at Walton.

“I always liked the idea of being with one company where I could grow and see the results of my efforts,” the University of Arizona undergrad and law grad says. “At the law firms, you’re there for a specific transaction and then you might not be involved anymore. When you’re in-house, you live in the house you built.”

The Tucson-born Kretschmer and his family also like living in the Phoenix metro area where they’ve taken up playing ice hockey. They’re hoping the NHL’s Coyotes remain in the area despite recent challenges.

Kretschmer himself is new to skates, but he’s working to improve his stickhandling and shooting, along with his wife, 9-year-old son and 7-year-old twins, a daughter and a son. Seems the family that skates together stays together—comfortably too.

“Also, being inside an ice rink beats playing soccer outdoors when it’s 100 degrees,” he says with a laugh. 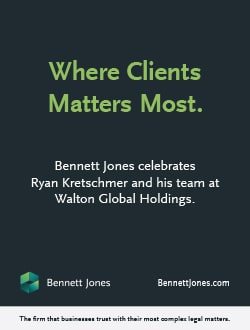 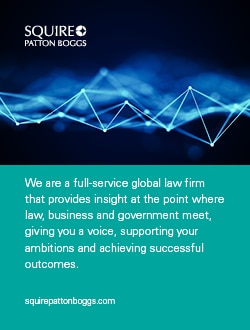