Details matter, and for a real estate investment management firm that’s fast extending its footprint into Europe, and maybe elsewhere, there are devil-ridden details across the widest of maps for General Counsel James Reiland to grasp.

Sometimes it may be much to the annoyance of his colleagues at Chicago-based CA Ventures, who may not always have time to stop and consider how crucial it is for specific wording, even punctuation, to appear a certain way in a contract. 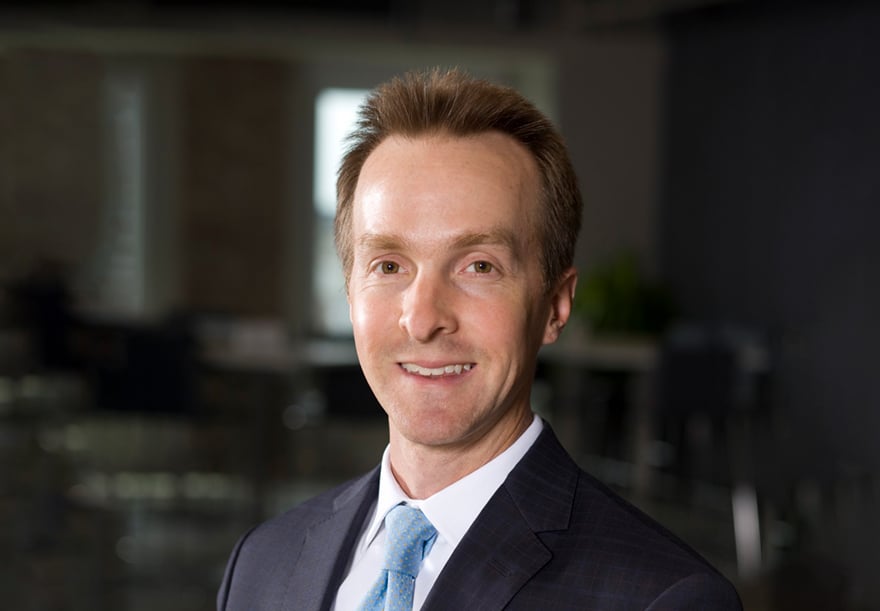 But those contracts can be complex, and some of the more recent ones involve the firm investing around $600 million into student housing at universities in the United Kingdom and Ireland and looking to put more funds into similar projects in continental Europe.

While procedural and legal consistency within the European Union may simplify the investment process somewhat, details as well as vagaries still confront a firm with CA Ventures’ ambitious agenda, among them just what the consequences could be if the UK indeed follows through on Brexit.

“When we get advice in the UK, we may actually need two or three sets of answers,” Reiland muses during an autumn interview with Vanguard. “The EU makes it somewhat easier to structure cross-border business in each member state, but London has been our bricks and mortar entry point and so the UK has informed lot of our initial work.”

Hence the need for reliable overseas counsel as CA Ventures expands its already vibrant European activities with what the UK refers to as purpose-built student accommodation (PBSA) totaling 888 beds at universities in Glasgow, Edinburgh and Sheffield.

The UK being a destination for international students, its demand for so-called PBSA has been growing between 3 and 4 percent annually, and more than just old style dormitories are desired.

CA Ventures got its start with student housing in 2004 and has raised the bar for such facilities, providing students with apartment-like living with such amenities as common spaces and gyms. Thus the firm has no hesitation about aggressively pursuing opportunities abroad, and while Reiland is on the same page with colleagues wanting to move at “lightning speed,” he acknowledges there are hoops to jump through—and for that reason, as general counsel, he views enlisting the right outside attorneys as paramount. 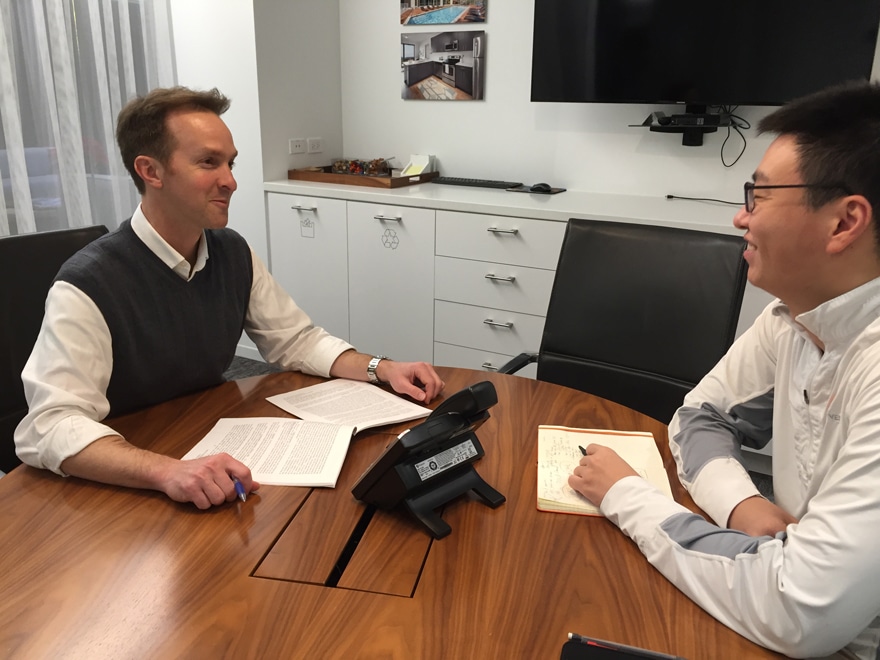 “First and foremost in us expanding into Europe is to get comfortable with the right outside counsel that can handle the structuring and legal aspects of the day-to-day operations of our projects,” Reiland says. “You’ve got to have dependable and experienced lawyers over there that understand your business model and can run with it in their jurisdictions.”

In conjunction with his U.S. outside counsels, Reiland has entrusted much of CA Ventures’ overseas legal needs to London-headquartered Fieldfisher, whose strongpoints include real estate and finance, with offices in much of Europe as well as America and China.

While the EU laws regarding taxes, real estate and corporate structuring may be fairly consistent in the locales where CA Ventures will build the student housing, Reiland reminds: “Boots on the ground are critical. The holy grail in any such relationship is for your lawyers to think in concurrence with their market.”

Fieldfisher having a presence in all of CA Ventures’ foreign operations, Reiland can be confident that the i’s will be dotted and the t’s crossed.

And all the better that the Fieldfisher crew share the business-practical approach Reiland has taken with his internal clients since coming to CA Ventures as executive vice president of legal affairs in February 2016. He spent nearly 15 years at the firms, the most recent being the Chicago office of Reed Smith, where he got to know some of the executives who would dangle the prospects for him to go in-house.

“Until four years ago I was principally a lawyer giving legal advice, and I still give inherently legal advice. But now it’s all expected to be filtered through a business lens,” the 2002 Northwestern University Pritzker School of Law graduate says. “Otherwise your advice is not super useful.”

And CA Ventures having between eight at 15 transactions underway at any given time, a lot of money is at play. Student housing here and abroad remains vital to the business model, but the fast-diversifying company also has departments in charge of building and acquiring multifamily residential housing, senior living facilities and industrial operations. 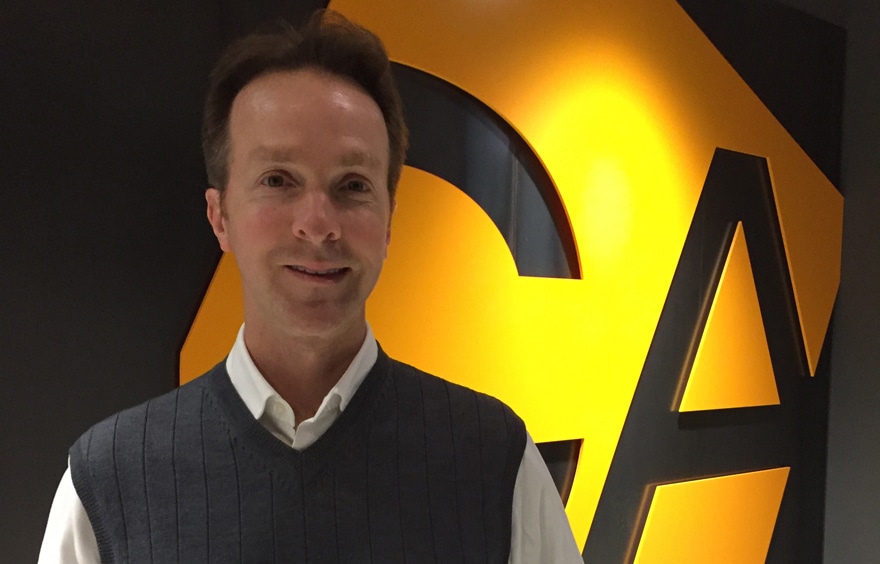 For office space, CA Ventures has teamed with Vanderbilt Partners to target high-quality assets in desirable secondary markets. CA Industrial is another of the firm’s latest platforms, with projects including the development of high-tech distribution facilities in the Midwest and Texas. Then there are other CA Ventures divisions for investment management, development and construction, and property management of its myriad assets.

All of which makes the good-humored Reiland downplay the very idea of him going in-house to serve only one client. For all practical purposes he now oversees eight in-house companies, though they’re all under one constantly expanding umbrella.

“There’s a narrative in my profession that being general counsel means less stress and fewer hours,” he says with a laugh. “Let me tell you, that’s BS.”

That said, the 43-year-old Reiland is quick to emphasize that he relishes the variety of his responsibilities, and being an essential part of a unique operation that’s become such an international giant in a relatively short time. Day-to-day, he says at least 50 percent of his workload is unplanned and his input may be sought on any number of matters—whether intellectual property, HR and employment issues, consulting and partnership agreements, or attending to corporate structuring and his company’s strategic goals.

Reiland also likes to be a puzzle solver. He credits his lean legal staff with streamlining operations across the board and helping to mitigate the cost and time demands presented by his company’s constant need for legal advice. And for sharing the versatility which Reiland considers vital as he strives to lead by example.

“I can get the same question from five different people in five of our operating business units and I may have to answer it five different ways,” he says. “It sounds like I’m still working for multiple clients.”

Should the UK exit the EU, Reiland and his staff may have to find even more answers. 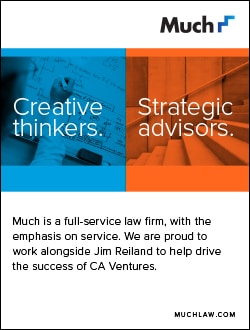 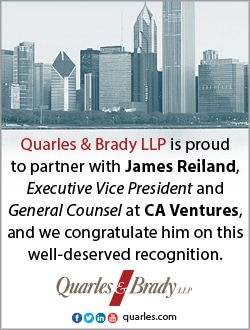