One reason Sal Roccaro wanted to apply his legal skills at Maximum Quality Foods is because he liked the company philosophy and culture.

According to the general counsel, the leadership team works collaboratively with members in every department and at every level of the family owned and operated food distribution company. Located in New Jersey, the company delivers over 4,000 products—fresh chicken and ribs top the list—throughout the tri-state area and beyond.

The other reason Roccaro was interested in joining the company? It was started by his grandfather and father nearly half a century ago, and his father wants to one day see his grandchildren inherit the business. 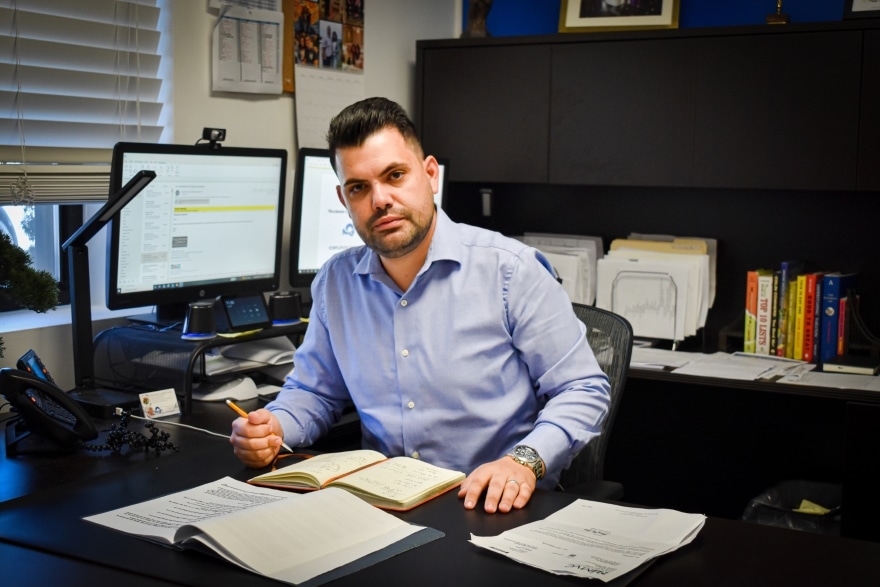 After spending half a decade as an associate at two different firms, Roccaro joined the family business in August 2018 to lead the legal department. Since then, he’s immersed himself in the company’s collaborative culture by stepping into every possible role. He’s worked with marketing and sales, finance and even spent several weeks on the night shift learning the duties and schedules of the operations team.

“It’s given me a big-picture outlook and made me a better lawyer, since I’m looking at practicality and business aspects alongside legal concepts,” he says. “It’s one of the reasons I’m back at school, working on my master’s in business administration with a concentration in finance.”

According to Roccaro, understanding the business side is imperative in his role. He manages all the traditional responsibilities of a general counsel, including contract reviews and advising leadership on the legal implications of their decisions, especially in terms of employees. Throughout the COVID-19 pandemic, he’s helped the company navigate changing labor laws

He also coordinates with outside counsel on litigation matters, such as a recently finished arbitration with a landlord. The case began when leaders at Maximum Quality Foods didn’t think the cost of rent renewal was fair. Roccaro’s efforts played a role in the company’s win and subsequent lease renewal.

Apart from these more classic legal responsibilities, he also works with the credit department, which reports to him for collections and other reasons. He even interacts directly with customers—mostly, owners of independent quick service restaurants. He says that dealing with the owners directly allows him to make better judgments and decisions on why some are not able to make payments; such insight was particularly necessary during the height of the pandemic. 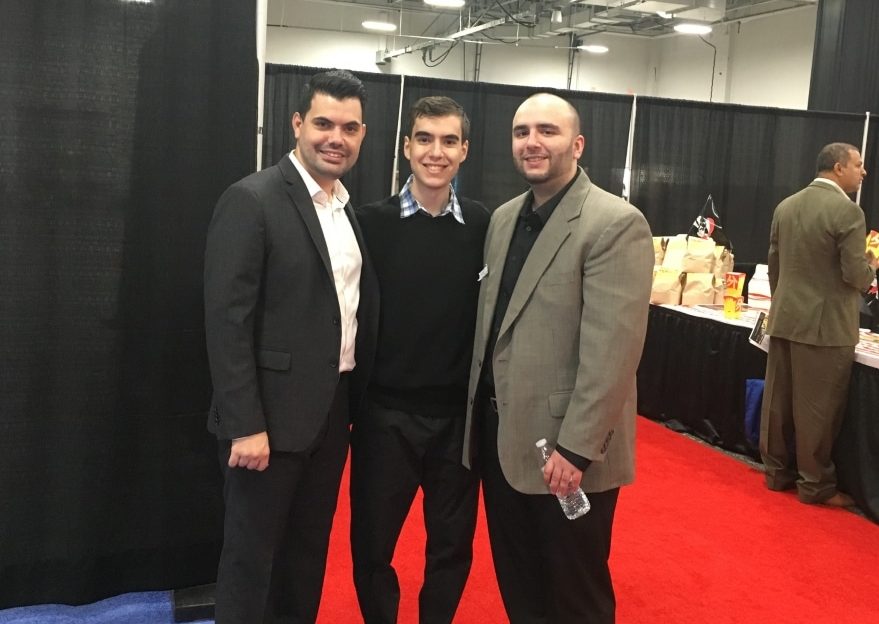 “Law is as much an art as a science,” Roccaro says. “Sure, I can tell an owner who has defaulted that we’re shutting them down for non-payment and sending them to a collection agency, but that accomplishes very little. I’d rather work with them to forge a strong relationship, helping them grow, which, in turn, helps us expand.”

He’s also recently taken responsibility for the human resources department and the role of director of compliance. At the start of the pandemic, he ensured Maximum Quality Foods was an early applicant for the Paycheck Protection Program and that the company was following all COVID-19 regulations.

Throughout the pandemic, he’s also kept an eye out for ways to streamline processes. In general, the wholesale food industry is behind in technology, Roccaro says. At Maximum Quality Foods, he’s integrated technology by switching to a payroll company that streamlines many HR administrative tasks, such as employee submission for paid time off or applying for benefits.

This allowed him to go from three people in human resources to one; he maintained his director role and retained one HR generalist. With the help of the new systems, the generalist can now easily handle recruiting, onboarding and processing payroll.

“My goal is to implement at least one major technology upgrade per quarter to ensure that Maximum constantly improves the way it runs,” Roccaro says. “We were growing pre-pandemic, so the main focus now remains on overcoming industry challenges and returning to that growth phase.”

Son of the chicken man

Of course, Maximum Quality Foods has been growing for nearly half a century—ever since 1976 when Roccaro’s father and grandfather started the business in a garage.

In the 2000s, Roccaro’s father bought out the business and expanded it to what it is today, taking it from four employees to over 250. In that time, he became known as the chicken man because of his deep, long-standing relationships with nationwide processors, as well as his understanding of chicken from hatchery to processing and preparation to market. 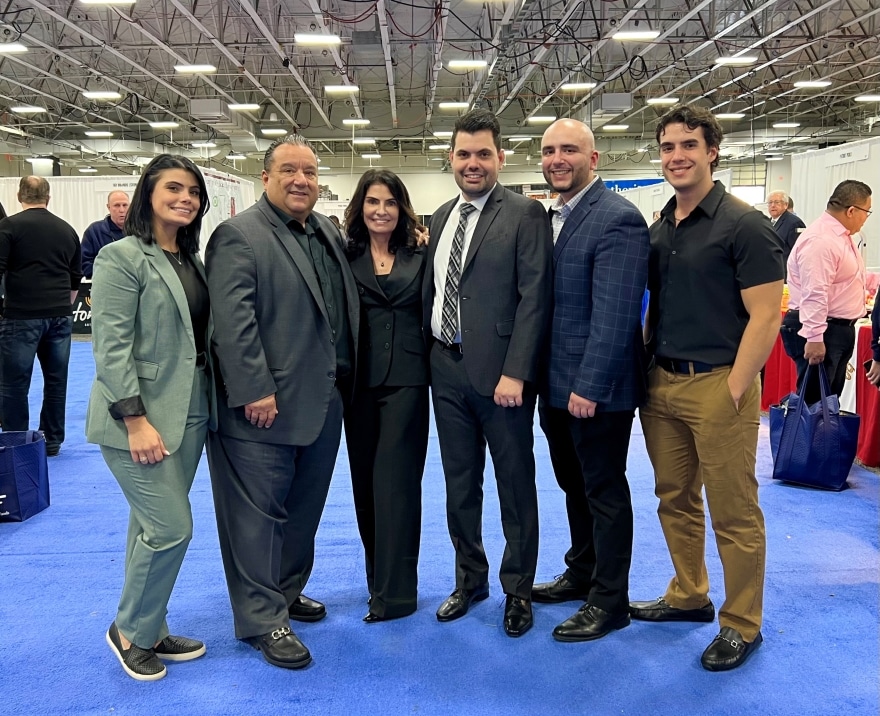 Although Roccaro is gradually preparing to take over with his brother and sister when their father retires or hands over the reins, he didn’t plan for a career at Maximum Quality Foods. In fact, he didn’t even start out as a lawyer. Instead, Roccaro received his bachelor’s in civil engineering from Syracuse University in 2008. But, he returned to the university that same year for law school and earned his degree in 2011. He also obtained a sports and entertainment law certificate during his time there.

After graduation, he worked first as an attorney with the law practice of Castano Quigley. Nearly five years later, he became an associate attorney for the Wilentz, Goldman & Spitzer firm, where he handled land use and environmental legal matters.

In 2018, Roccaro’s father, the beloved chicken man, asked him to join the family business—and he was happy to do so.

“We have a proud family tradition, and I’m glad to carry it on,” he says. “It’s a pleasure working alongside my brother and sister as we focus on expanding the business.” 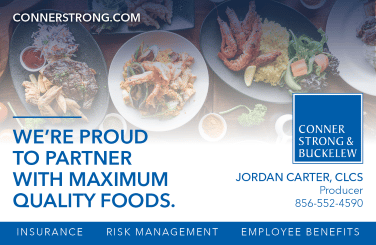 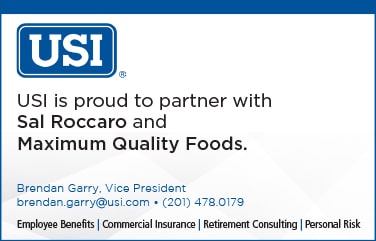